Vintage Hemi-powered cars are still the mainstay of Mopar folklore, but they weren’t always readily available to everyday enthusiasts back in the day. That’s why Blue Ridge, VA’s Michael Damewood and his 1968 426 wedge-powered Dodge Dart generates such interest as it provides a twist on people’s conceptions of big block Mopar power.

“My grand-daddy and brother had  always had Dodges or Plymouths,” Damewood said, ”but when I started looking for one when I was living in Louisiana, I found that there weren’t many 4-speed Mopars with A/C delete down there because of the climate. 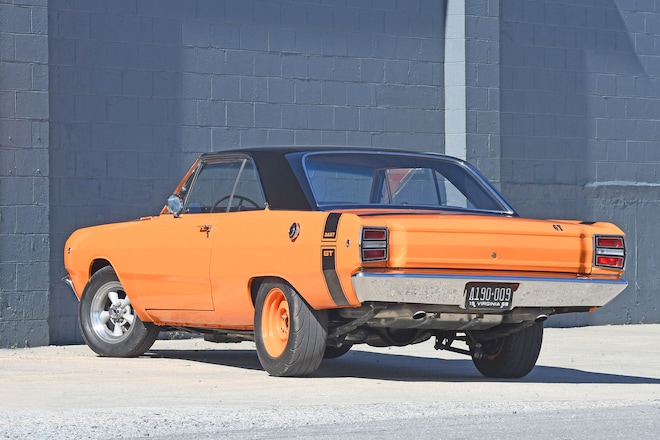 “My problem was that I was always looking for a particular one – a 1969 Coronet. I eventually stopped looking and was helping my buddies with their cars,” he continued. “Eventually, I went to look at this 1968 Dart GT with a 225 slant six that this guy said he had. It had rot around the corners, but the floors and windows were okay, so I ended up bringing it home. Decent sheet metal wasn’t readily available for Darts, so when Auto Metal Direct (AMD) had full quarters hoods and fenders, the build was on!”

Once the sheet metal was replaced, Damewood went one step further by switching the original flat hood with an upscale replacement from a 1969 Dart Swinger. The chrome 340 inserts were then replaced with similar looking 426 pieces. As the body was being prepped for painting, the original side moldings were removed, and the mounting holds filled while a 1969 Charger gas cap was installed on the car’s left-hand side. Dave Stevens from Kolin, LA and David Barbour from Roanoke, VA were both used to finish the car in a 2012 factory-colored basecoat/clearcoat. There roof was painted black, even though there was never a vinyl top of the car.

Originally equipped with the optional 225-cubic inch slant six, Damewood looked originally for a good, useable big block to go under the hood, but that proved to be more difficult than he thought. 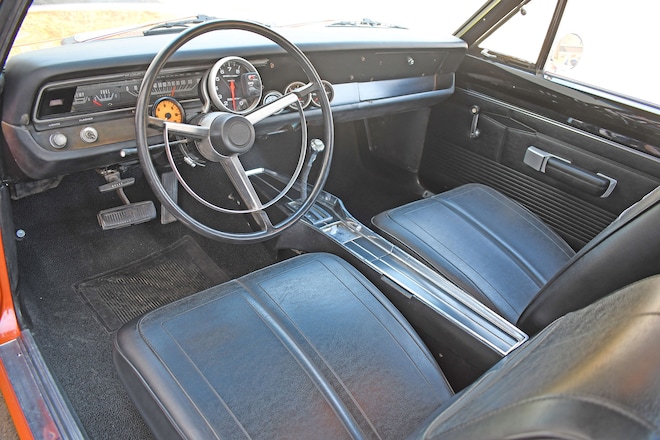 While documentation about Dodge and Plymouth’s success with the 426 Max Wedge and Hemi is plentiful, the single four-barrel 426 wedge combination found in Chryslers is a bit murkier with conflicting and incomplete information. There is evidence that between 1962-63, some Chrysler 300’s were made with the 426 rather the 413.

In early 1963 when the Dodge and Plymouths were running in NASCAR and USAC with the single four-barrel carb’d 426 wedges, it was an engine that was easy to love with gobs of low-end torque, but it still needed some help. 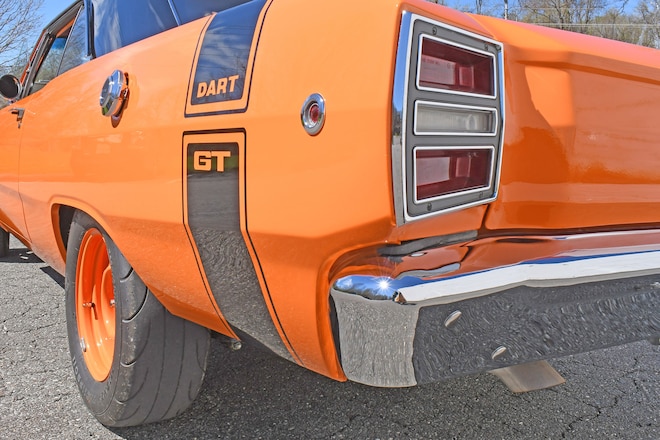 Changes to the intake/exhaust manifolds, a new high-lift cam and some massaging of the combustion chamber changed the power curve and raised the rated power level up a reported ten horsepower to 385-hp.  For drag racer, the switch to dual carburetion and ram manifolding was the most visible change. These mid-year 426 engines from 1963 became known as the Stage II.

While the much more famous 426 Max Wedge and Hemi were winners on the track, they weren’t known for having good street manners. A rough idle, lazy low-speed response and terrible fuel mileage didn’t make for a car that was a good, everyday driver. That’s why the toned-down 426 wedge found a home in the Chrysler 300. On the street against the full-sized 409 Chevys, 406 Fords, 425 Buicks/Oldsmobiles and 421 Pontiacs, it more than held its own.

Going with the basic 426 street wedge idea seemed like that was the way to go in Damewood’s mind. Next to the Plymouth Barracuda, the Dodge Dart was the lightest car Mopar had coming off the assembly line, so that meant that even a tame 426 combination would be plenty of fun on the street. 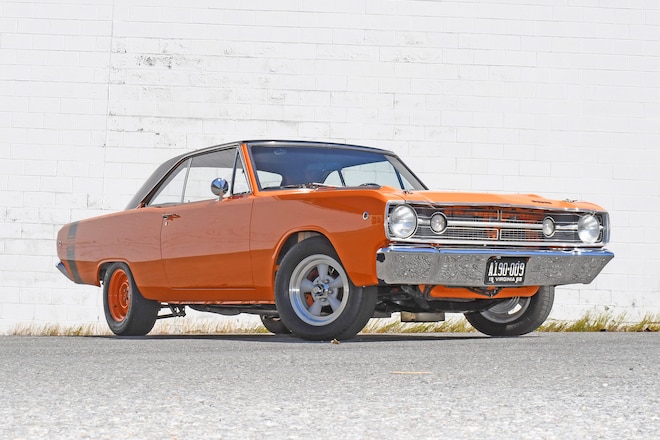 Kittlers Machine in Bossier City, LA enlarged the 4.250-inch bore by .030 inches which, when combined with the stock stroke produced a new displacement of 432 cubic inches. After balancing/blueprinting the components and enlarging the oil pick-up, Kittlers finished the short block assembly with the stock crank and set of steel Eagle rods and Diamond 10:1 pistons.

Since completing the car in 2016, Damewood has enjoyed driving the Dart out to local shows and cruises when he’s not working on his other cars. There are still minor tweaks that he’s still doing as new thought and ideas arise, but for now, this is a nice twist on what the popular image of a 426 Dodge Dart is. 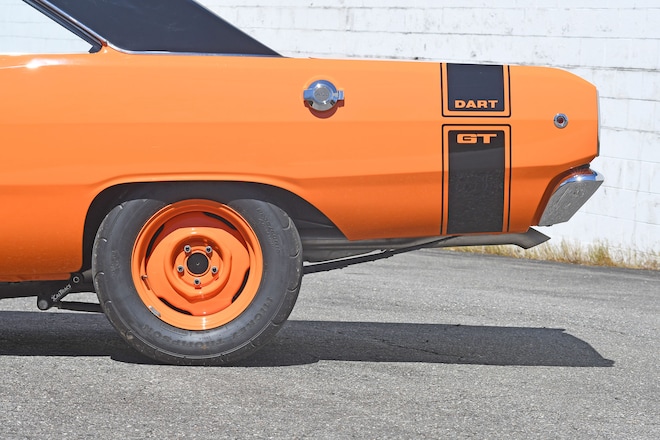 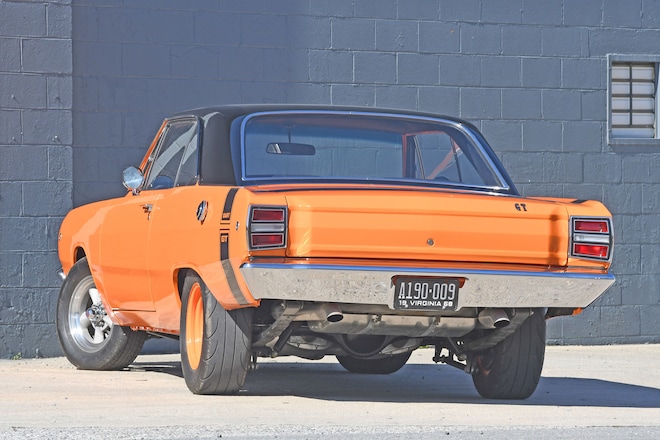