Lotus is making a crossover, if you haven’t heard. You must have missed the numerous patent images that showed off much of the car. That hasn’t stopped Lotus from continuing its teaser campaign that revealed bits of the new model ahead of its March 29 debut. It continues today with another peek. This one puts Clive Chapman, the founder’s son, front and center to talk about his father’s appreciation for practicality.

The teaser concludes by showing off a silhouette of the crossover’s sleek profile, revealing the greenhouse and other styling bits. It also announces the car’s reveal time – 7:30 p.m. BST (2:30 p.m. EDT) – so plan accordingly. 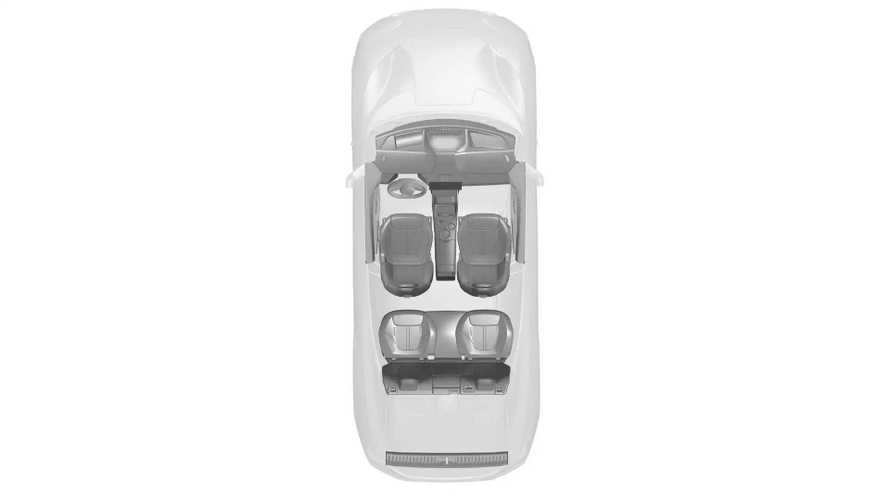 The teaser doesn’t reveal anything really new. The patent images stole the wind from Lotus’ sails, revealing much of the crossover’s styling. The profile resembles the current Nissan Murano’s, especially with the floating roof and fender kink at the back. However, the Type 132 has a much sharper design. The greenhouse is narrower, and the hood looks flatter.

The crossover will accommodate battery packs as large as 120 kilowatts. The batteries will pair to a dual-motor setup that will deliver between 600 and 700 horsepower (447-521 kilowatts). The crossover will need it, too, as it could weigh over 2,000 kilograms (4,409 pounds).

The latest Lotus teaser adds to the others released, revealing many of the Type 132’s design details, but the patents images helped fill in those gaps. The crossover will wear an aggressive front-end design that features active aero bits and hood air ducts as part of its aero package. The patent showed the crossover sporting side-mirror cameras, which are present in the latest teaser. However, they won’t be legal everywhere, so expect Lotus to offer it with traditional side mirrors.

The rear end isn’t as aggressive in the front, but it is sport-looking, with recessed lighting sitting above an angular diffuser. The patent images also showed the crossover with a four-seat configuration and much of the interior, but five seats would fit, too. We will get our official look at the new model and all the details next week.