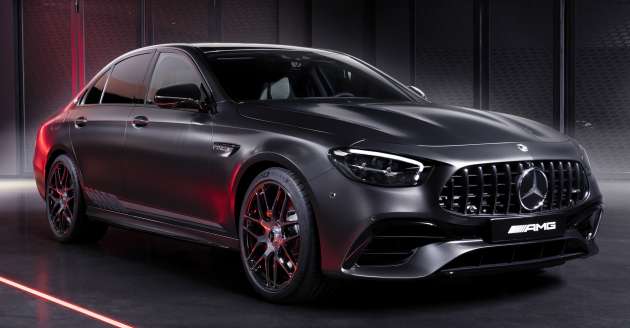 As news emerged late last year that Mercedes-AMG will be employing an electrified 2.0 litre turbocharged four-cylinder engine for the 2024-model year successor to the current W213 E 63 S 4Matic+, the writing has been on the wall for the 4.0 litre biturbo V8, even since the W206-generation Mercedes-AMG C 63 has been said to also drop the bent-eight for a mild-hybrid inline-four.

It is telling, therefore, that this latest version of the E 63 S 4Matic+ is dubbed the Final Edition, which will be limited to a production run of 999 units across saloon and estate bodystyles.

Here, the Final Edition sports a powertrain identical to that of the “regular” E 63 S 4Matic+, which produces 612 PS and 850 Nm of torque from its twin-turbocharged 4.0 litre V8 engine mated to an AMG Speedshift MCT 9G nine-speed automatic transmission and fully variable all-wheel-drive with locking rear differential, which can send all of the engine’s outputs to the rear axle only.

The carried-over mechanical specification should mean that this Final Edition should post identical performance figures as the regular E 63 S, which does 0-100 km/h in 3.4 seconds and a top speed of 300 km/h.

Setting the Final Edition apart from non-limited production twin is the aesthetics package, which is comprised of the matte graphite grey magno paint finish, the sole choice available for this Final Edition variant, as well as cross-spoke 20-inch AMG alloy wheels, and AMG emblems on the C-pillars. 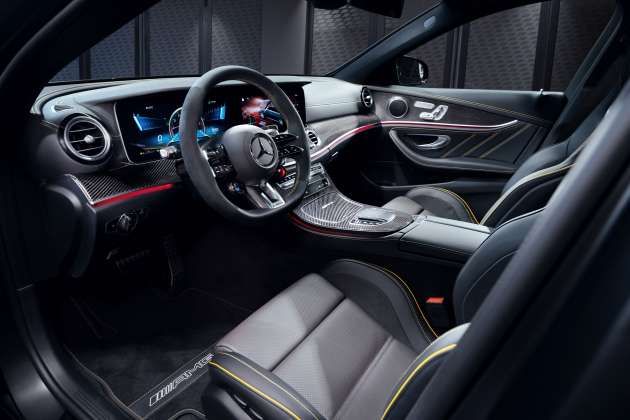 For the driver, the steering wheel is clad in black Nappa leather and Dinamica microfibre, as well as yellow contrast stitching to continue the visual theme. Further trim items that identify this as the Final Edition include carbon-fibre pieces, and the AMG Final Edition badge that denotes each vehicle is “1 of 999”.

An ending for the muscle-car soundtrack from AMG sedans and station wagons, then. Have you put your name down for one?