A historic win that put the young AMG brand onto the major motorsport stage almost overnight.

Almost exactly 50 years ago, Mercedes-AMG has made a name for itself at the Spa-Francorchamps 24-hour race. With the Mercedes-Benz 300 SEL 6.8 AMG as its contender, the then-young performance firm won a class victory and second place overall at the said race and the “Red Pig” name became known to many. Ultimately, Aulfrecht-Melcher-Großaspach rose to the major motorsport stage – representing three letters that we all know today.

To celebrate the historic motorsport debut in 1971, Mercedes-AMG has released three one-off race cars that reflects the iconic Mercedes Red Pig, named collectively as the “50 Years Legend of Spa.” 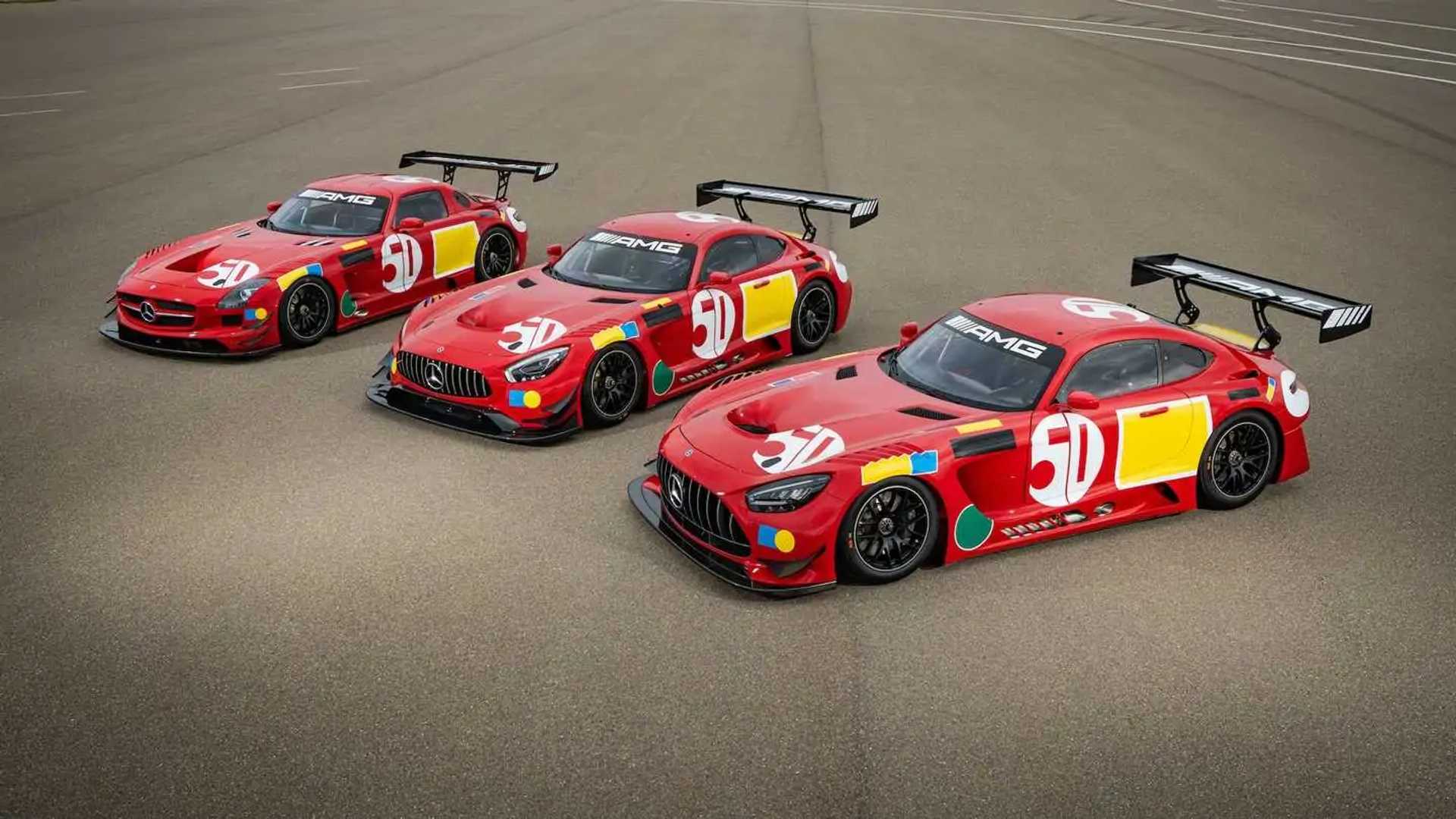 The limited edition “50 Years Legend of Spa” race cars consist of one Mercedes-Benz SLS AMG GT3, one Mercedes-AMG GT3 (model year 2016) and the current evolution version of the Mercedes-AMG GT3. Yes, one of each only, which makes these track-only machines a truly rare breed.

Obviously, the three one-offs carry the red livery that calls back to the winning 300 SEL 6.8 AMG but instead of the number 35, each of the one-offs come with the number 50, along with the shapes and colors of the sponsors when the Red Pig entered the Spa at that time.

Technical specs of each special edition race cars are almost retained, except for the unregulated performance exhaust system. This allows the 650-horsepower (478-kilowatt) AMG 6.3-liter V8 to be unleashed without an air restrictor.