The Minis will be used at Longleat Safari Park in Wiltshire.

A collection of animal-print Mini Countryman hybrids are being set to work at a safari park in south-west England. The Mini Countryman PHEV models will be used by staff and guests alike as part of a new partnership between the BMW-owned car maker and Longleat Safari Park in Wiltshire.

Between August 21 and 31, the car maker is running a Mini Safari takeover, which allows families to tour the park in a Countryman Plug-In Hybrid. The tour will also raise funds for Tusk, a wildlife preservation charity also sponsored by Land Rover.

Mini is also giving Longleat a “pride” of Countryman PHEVs with animal-print patterns. The cars, which can run on electricity alone for up to 26 miles, will be used to make on-site movements cleaner and greener, while also helping the safari park with “educational outreach” projects away from base. Jobs the vehicles will be tasked with include helping to feed the animals, maintenance work and veterinary runs, as well as delivering equipment and supplies. 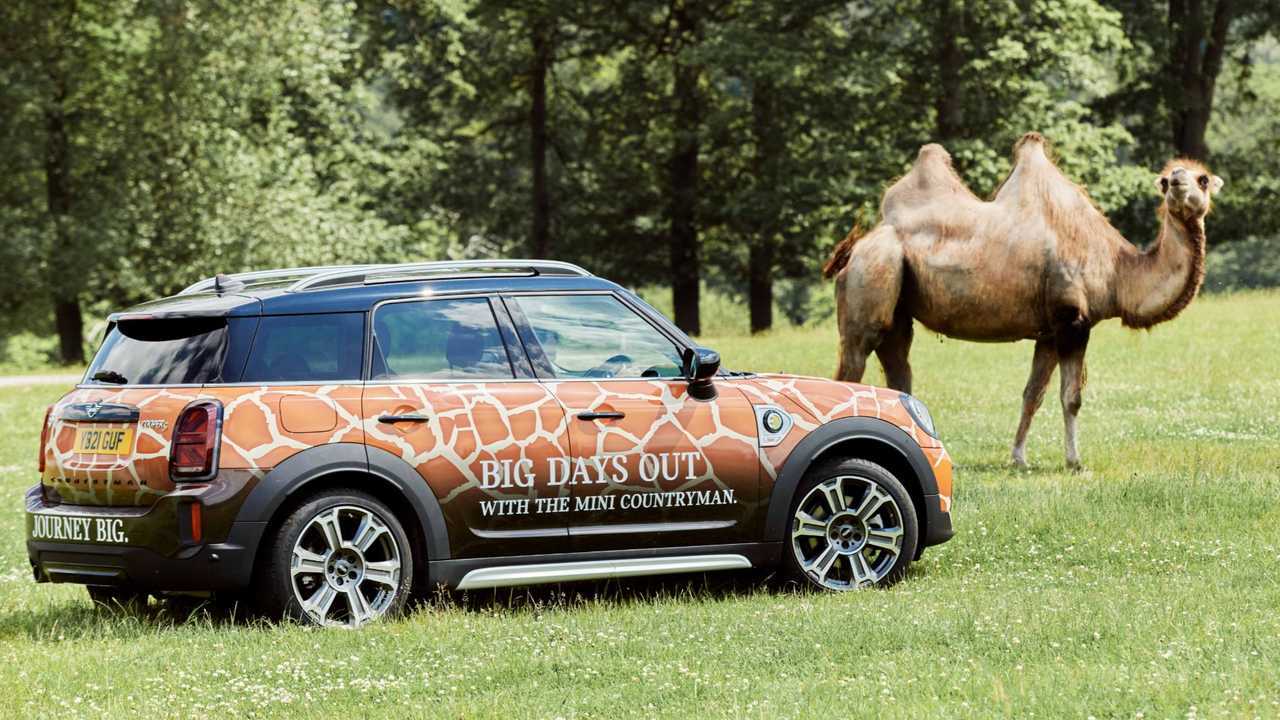 Under the skin, the vehicles are identical to the cars you find in showrooms up and down the country, so they have a 1.5-litre petrol engine and an electric motor. The two combine to provide four-wheel drive and 221 bhp, which gets the car from 0-62 mph in 6.8 seconds.

But the most important aspect is the economy. Officially, the Countryman PHEV will manage between 141.2 and 156.9 mpg, while the CO2 emissions stand somewhere between 40 and 46 grams per kilometre. 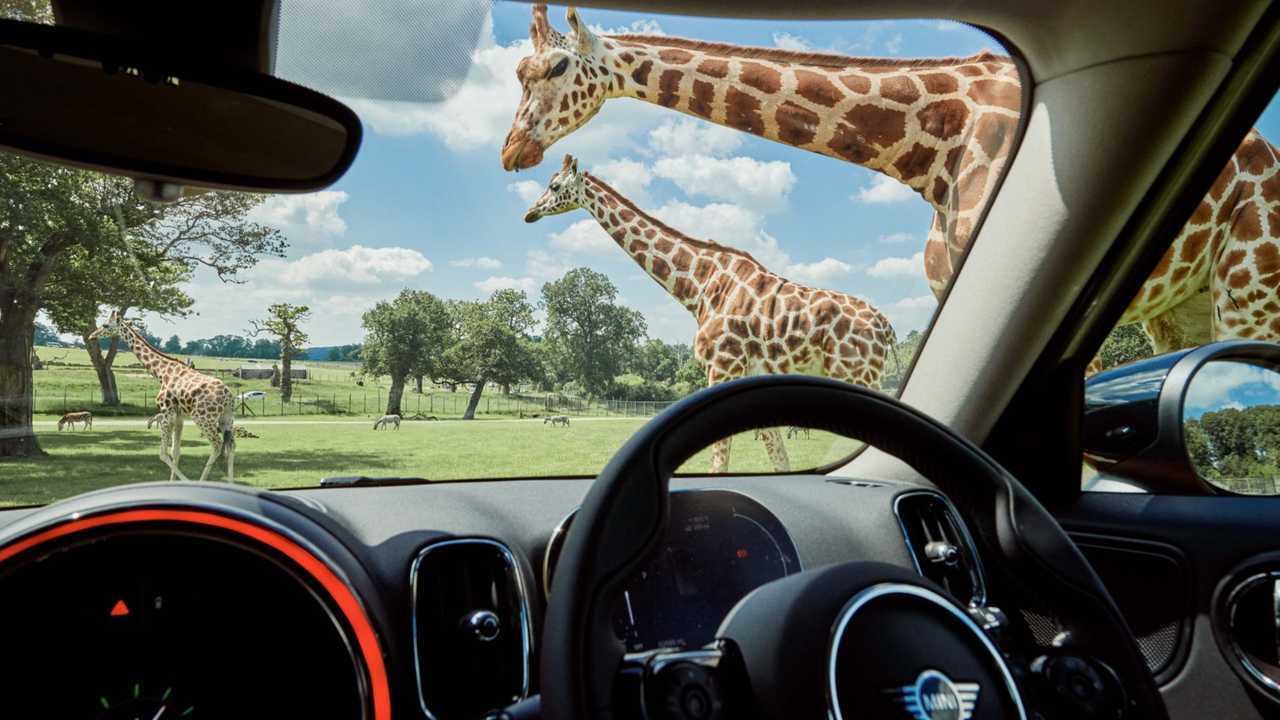 “As the first Safari Park created outside of Africa, Longleat has always led the way in creating magical animal encounters for families, with conservation and animal welfare also key in our values,” said Shaun Steel, the commercial director at Longleat. “We’re thrilled to be partnering with Mini, a brand that’s synonymous with adventure and bringing a smile to people’s faces. The new fleet of Mini Countryman Plug-In Hybrids are important for our on-site work with the animals and off-site educational outreach, as well as fitting-in with our sustainability ambitions; they are the perfect addition to our pack!” 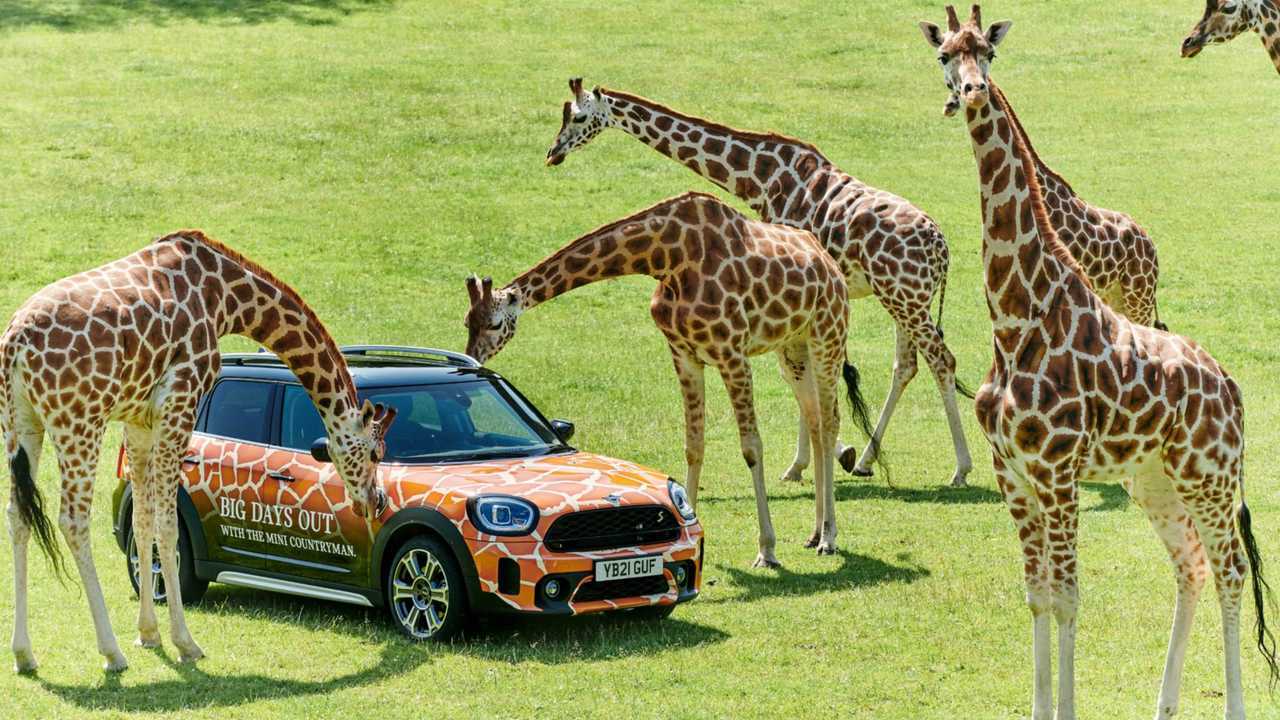 Meanwhile, David George, Mini UK’s director for the UK and Ireland, said the vehicles would be put to good use at the safari park.

“We are all animal-lovers in the Mini team so we’re really excited to be partnering with Longleat, a brand that shares our core values and adventurous spirit,” he said. “The Mini Countryman Plug-In Hybrid is both spacious and versatile; the perfect fit to enable Longleat to carry out the important work they do, whilst supporting their future sustainability ambitions. Hopefully the animals will approve too!”