Fuel prices: Simon Williams on increasing costs at the pumps

Campaigners say they plan to take to the Prince of Wales Bridge on the M4 on Monday from 7am until 7pm, with banners calling for more government action on high petrol and diesel prices across the country. Drivers have been advised by police to work from home where possible and avoid the area during the protest period.

Organisers have informed authorities of their intention to stage the protest between M4 Magor services, junction 23A eastbound, and Junction 20 of the M4, Wales Online reports.

Officers from both Gwent Police and Avon and Somerset Police will be in attendance at the protest to ensure it is carried out in line with the law. Plans are also being made with emergency and critical services to reduce disruption. 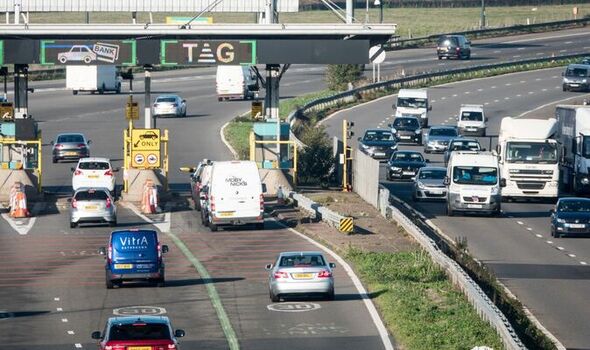 Chief Superintendent Tom Harding, who is leading the policing operation said: “Gwent Police, and Avon and Somerset Police, are working jointly with neighbouring police forces and partner agencies to ensure emergency and critical services continue and to reduce disruption to both road users and local communities, however we are preparing for serious disruption throughout the day.

“I would encourage drivers to reconsider their journey, consider working from home and avoid the area where possible.

“The right to protest under UK law must be balanced with the rights of the wider community who may be affected. We have additional officers and support in place on Monday to ensure the protest is carried out in accordance with the law.”

While posts relating to the event received tens of thousands of shares on social media, it is unknown how many protesters will show up on the bridge on Monday.

Organisers said some will carry banners with the slogan: “Don’t get shafted by the pump.”

A social media group used to organise the protest has 92 members, but some in the group say they became members to stay updated on expected traffic issues and are not expected to attend.

Police have told protesters banners must be tightly secured to vehicles and nobody should be walking around on the bridge during the demonstration. Protesters will stay inside their vehicles or stand beside them.

An organiser said: “We will now only be doing it on the Prince of Wales Bridge. We have to keep in mind everyone’s safety and if we block the bridge totally and there is an emergency there would be hell. Yes, it means only one bridge but [due to the amount of traffic caused] there will still be a massive impact.”