It’ll get a new face and not much else.

Earlier this year, spy shots of the Ford Fiesta caught the hatchback covered in camouflage even though it’s only due for a mid-cycle refresh, which is often a mild styling makeover. The current Fiesta, now in its seventh generation, debuted for the 2017 model year, and the latest spy shots show the hatchback dropping a significant portion of its camo that reveals a hatchback that looks quite familiar.

The extra camouflage must have been a decoy because the car looks quite similar to the one that’s on sale today. The rear looks completely exposed at first glance, but a strip of camo covers the taillight edges. It looks unchanged otherwise. The front clip still has a lot of camouflage, which covers the hood and the majority of the front fascia. However, we can see a new bumper design sitting below new headlights, which appear to flank a redesigned grille. 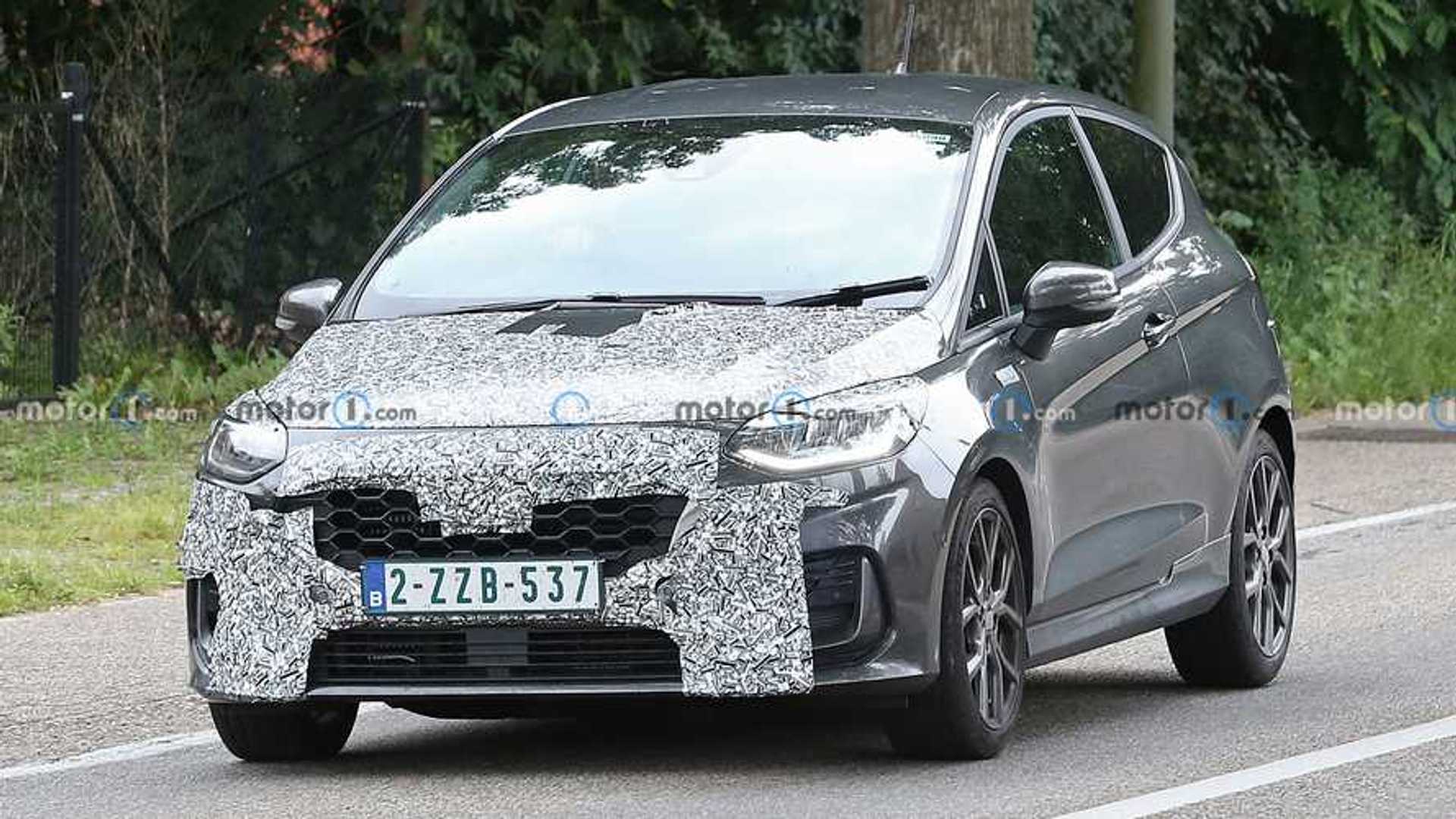 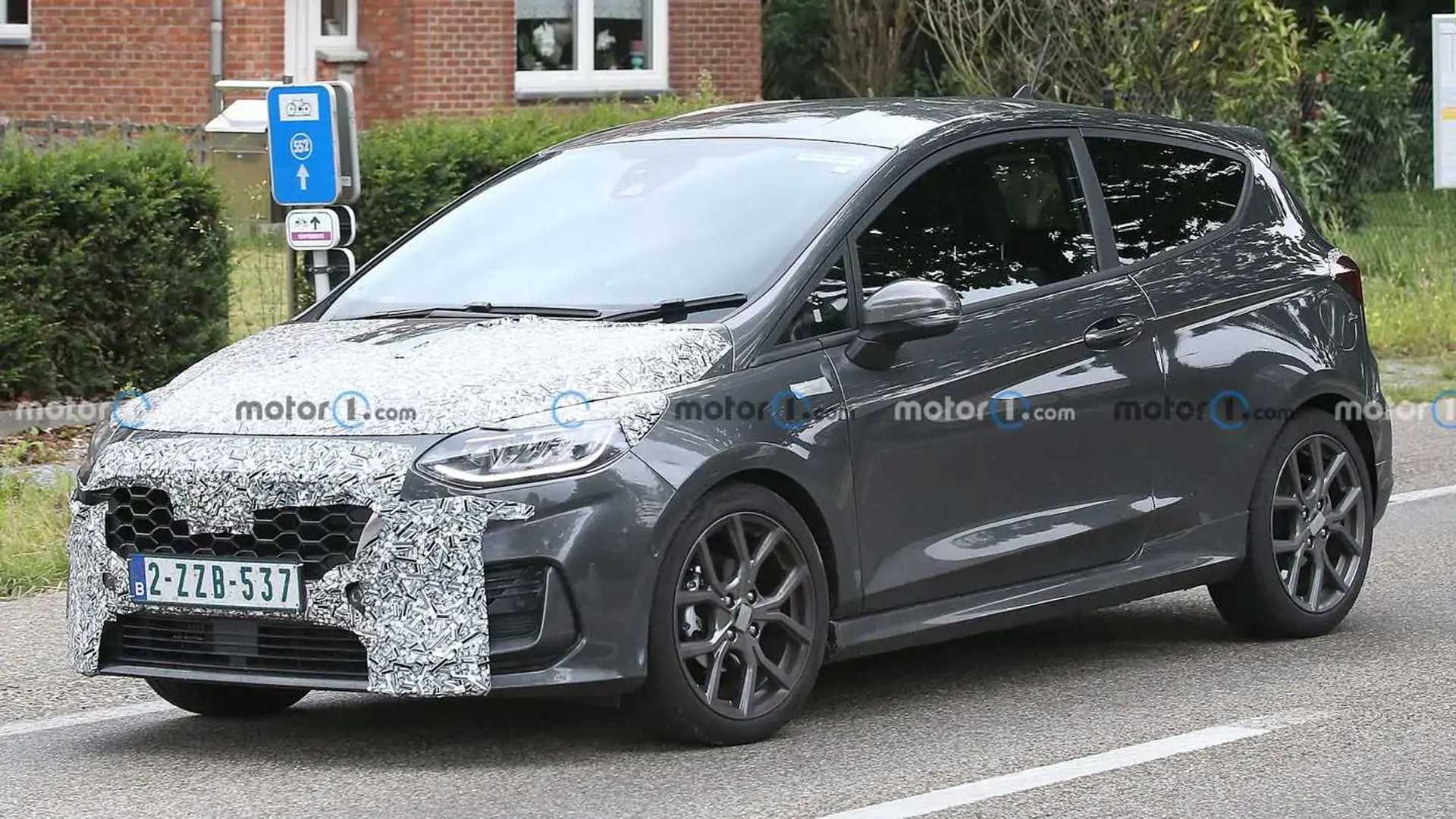 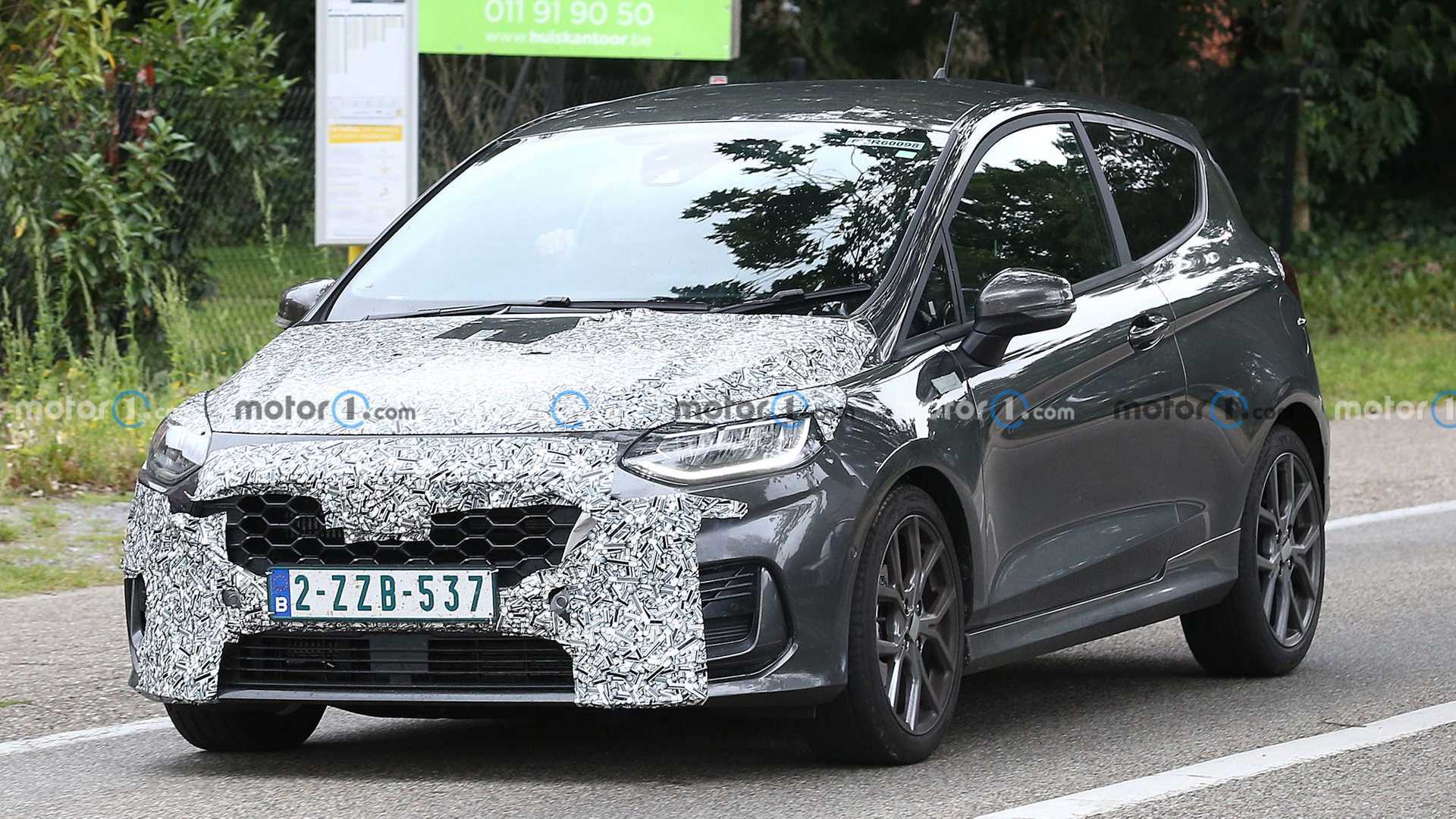 We don’t expect Ford to make any changes under the hood. The Dearborn-based automaker recently added a mild-hybrid setup to the Fiesta for the 2020 model year, pairing a 48-volt mild-hybrid system to its 1.0-liter three-cylinder EcoBoost engine. Ford also gave the runabout a seven-speed automatic gearbox. The current crop of engines should continue until at least 2026, when Ford says every European model will be offered with a plug-in hybrid or fully electric powertrain.

The updated Ford Fiesta should debut sometime in spring 2022, and the sportier ST variant should follow. However, don’t expect it in the US. Ford discontinued the model here when it decided to focus more on producing higher profitable crossovers, SUVs, and trucks, though the move left the brand without an affordable entry-level offering. That’s a role the new Maverick pickup is designed to fill, though not everyone wants a truck. The Fiesta’s last model year here was for 2019.