The Bronco could have looked a lot more like a pickup, based on these development sketches.

Now that the 2021 Ford Bronco is complete and awaiting its delayed production, the design and engineering teams are taking a victory lap by releasing a series of videos chronicling the development process. The latest one has a neat surprise by showing early sketches of the new SUV as a pickup.

The drawings (gallery below) appear on a whiteboard with drawings depicting various uses for the new Bronco. Most notably, the pictures in the far left column show the SUV with a fold-down tailgate, pickup bed, and cab separate from the cargo area. 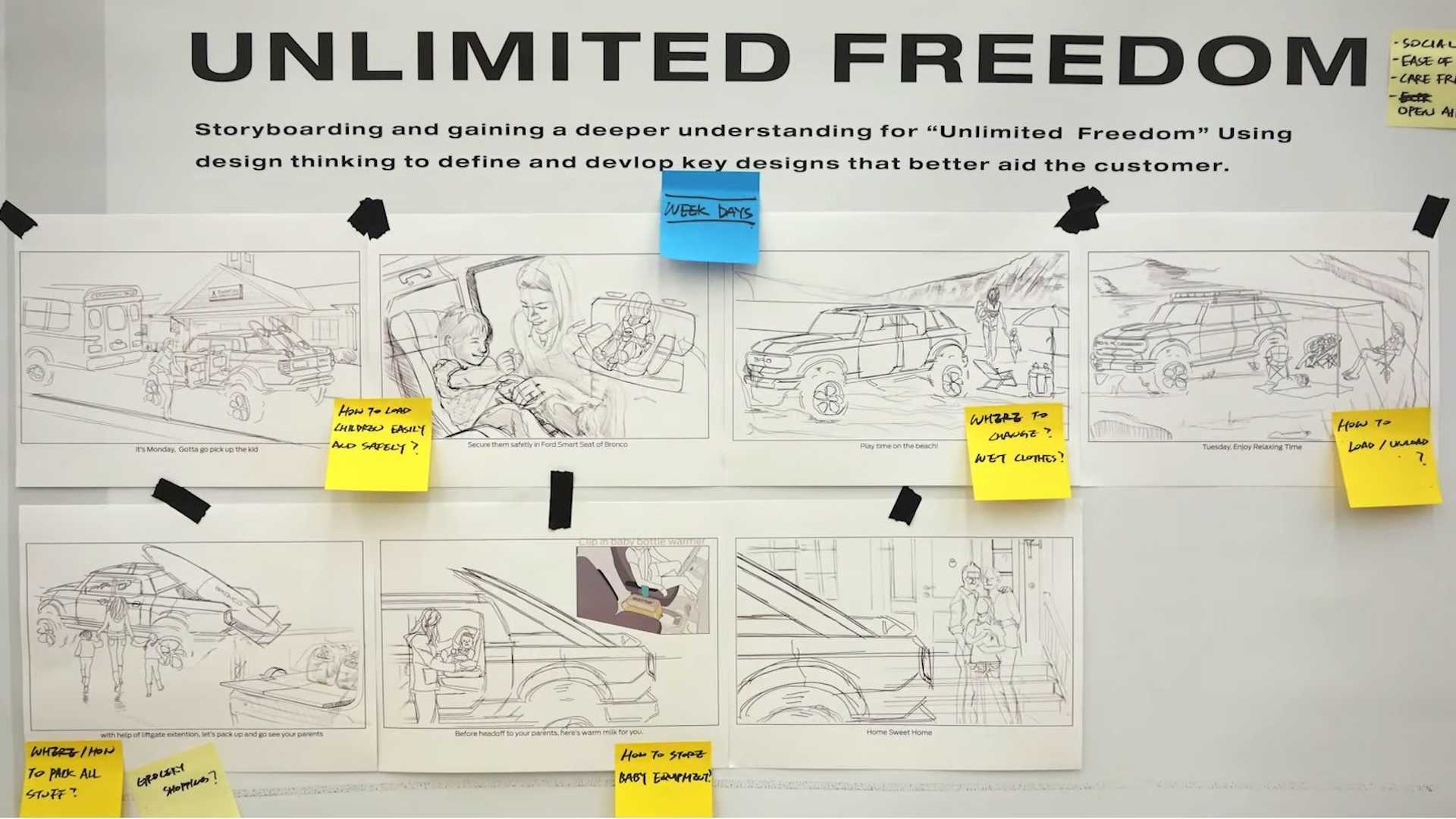 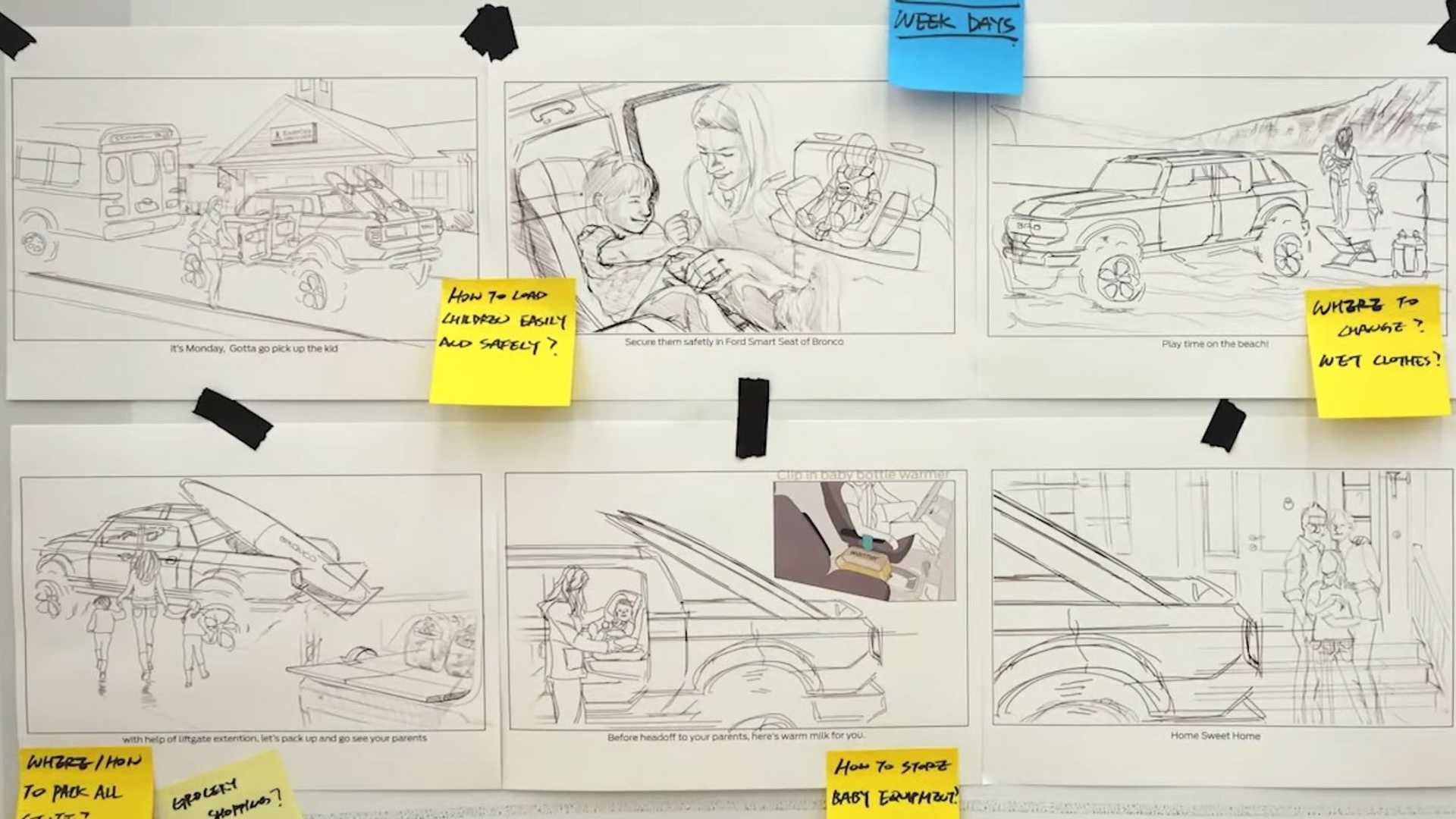 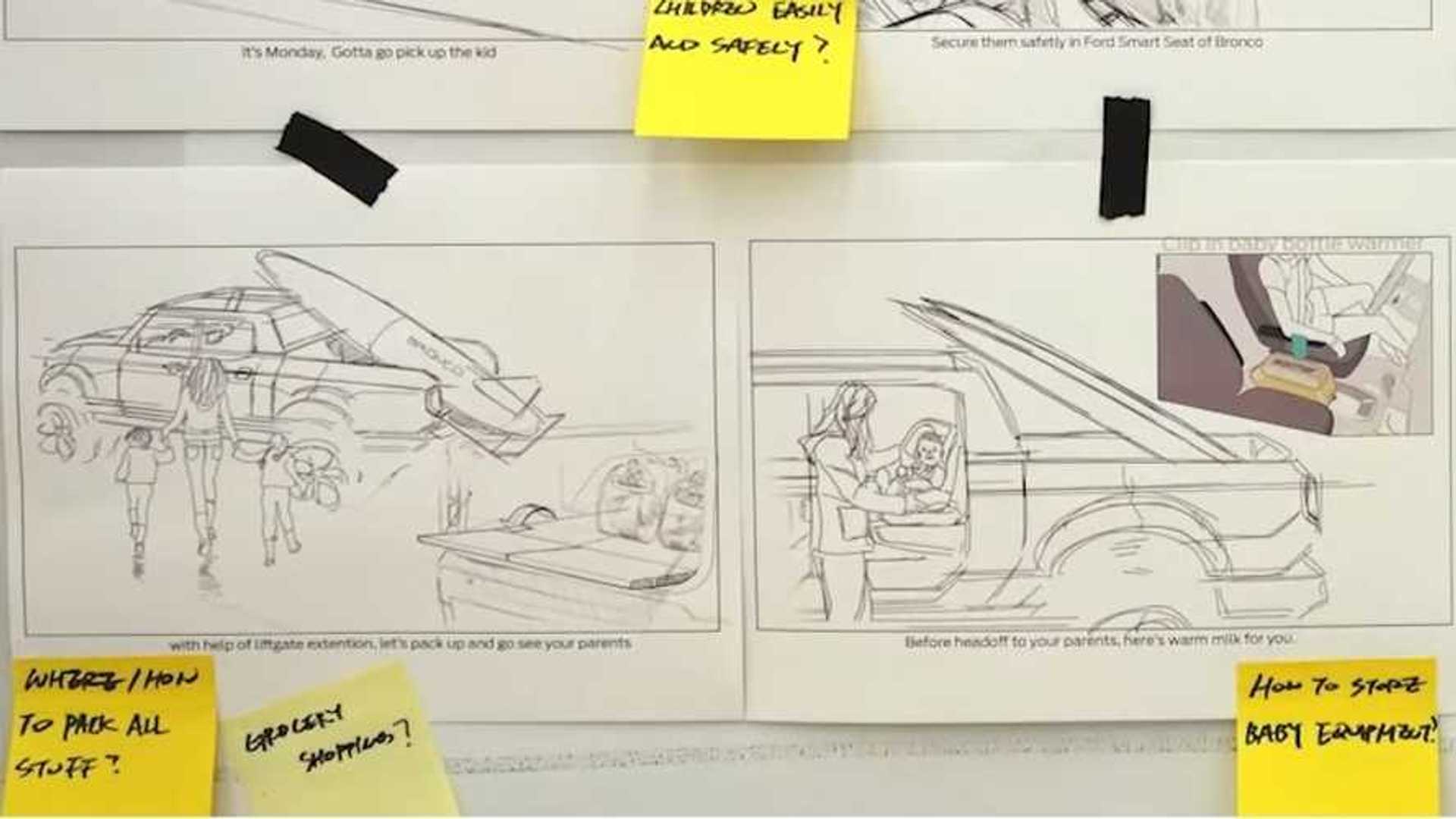 The image in the lower-middle spot also has a pickup appearance, although with the addition of bars running from the cab to the bed. Still, the general proportions make this vehicle look more like a truck than an SUV.

Based on these images, the Bronco’s designers toyed with the idea of giving the SUV more of a pickup design. It would have made the model a direct competitor against the Jeep Gladiator, rather than the Wrangler.

While there’s nothing preventing Ford from building a more truck-like Bronco in the future, the prospect seems unlikely. With Maverick, Ranger, and F-Series, the Blue Oval already has an offering that could appeal to any truck customer. Adding a Bronco version to the lineup would potentially steal sales from one of the others.

The video also showcases the rapid-prototyping process for the Bronco design. In addition to computer modeling, sketches, and virtual reality, the team used foam core to create easily changeable, full-size models. These modular pieces allowed for removing a section, like the grille, to see how a different style looked in the real world.