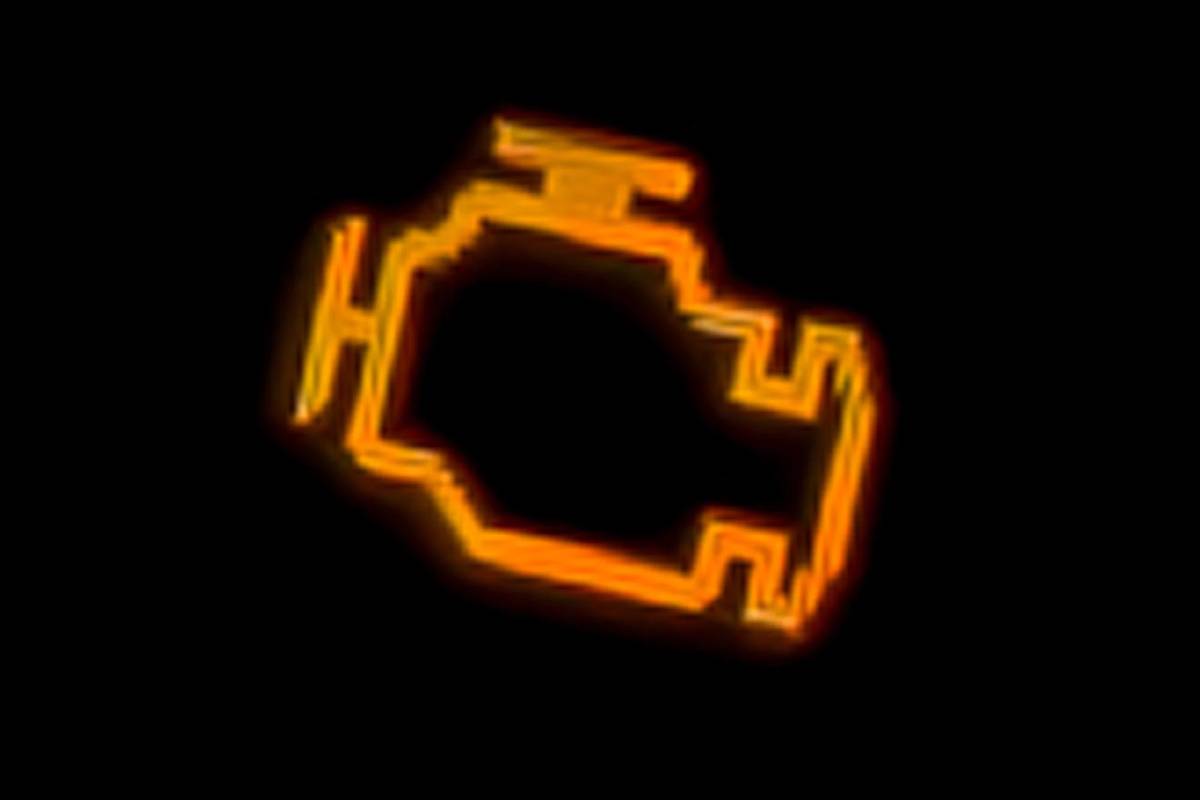 The decision to grant the 2021 Ford F-150 our Best of 2021 award was a unanimous one among our editors — one that can’t be reversed, and shouldn’t. But we admit we had a few doubts when, just nine days and 242.2 miles into our customary year of ownership and real-world testing, it started … acting up. We’re not strangers to replaced engines and foul odors in our Best Of award winners during our ownership, but having trouble this soon definitely isn’t typical for a new vehicle.

Coincidentally, it was after I’d been sitting in our F-150 Limited Hybrid for an hourlong teleconference — brainstorming all the great coverage we could publish over the coming year — that the truck itself decided to throw some more content in our laps.

With the meeting over, I shifted the transmission into Drive, and instantly my phone lit up with multiple alerts from the FordPass app: “Malfunction Indicator Lamp — Regulatory,” each said. The screens include headings that can be expanded to show What Is Happening details, and the first (grammatical error included) read, “The Powertrain Control Module has detected that the modules internal central processing unit (CPU) has encountered an error when running its self-checks.”

The second alert merely read, “The Engine system has detected a fault.”

The third alert explained, “The software in the powertrain control module is corrupted.” 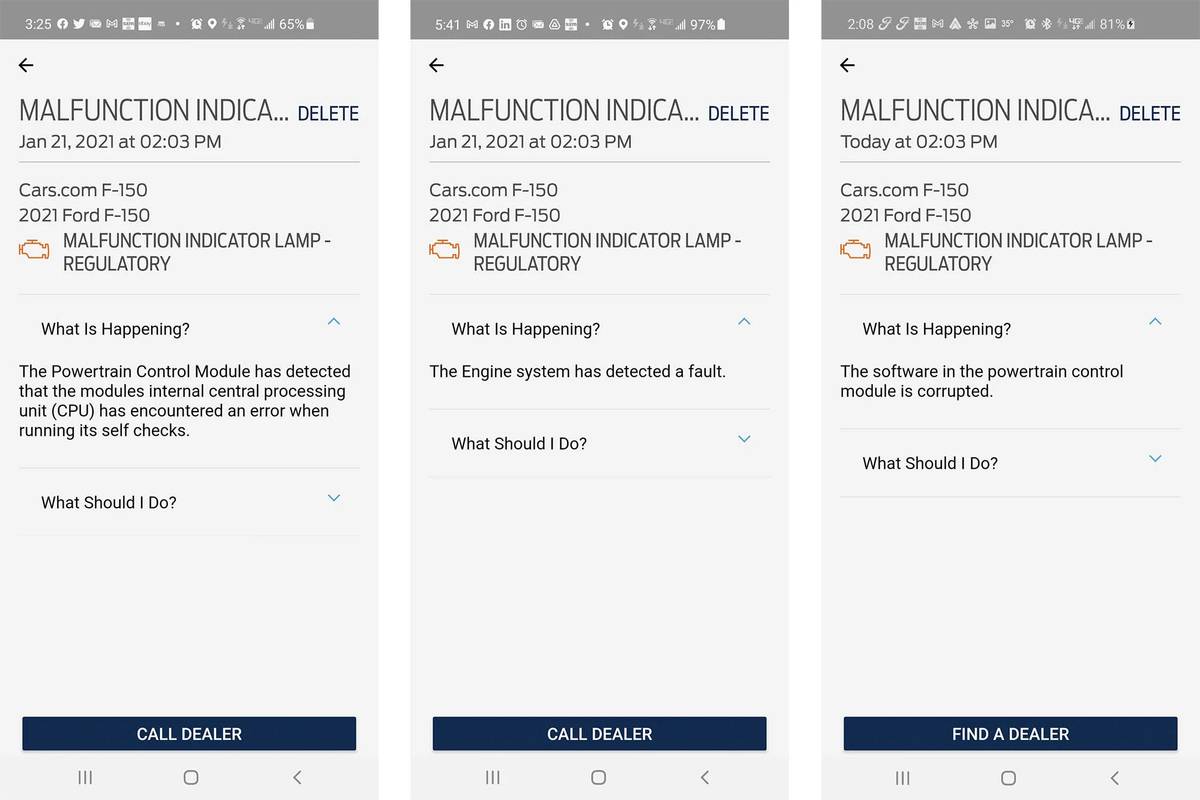 Under the What Should I Do? heading, the app instructed us to have the system checked by an authorized dealer and provided a Find a Dealer button to do so.

If our accounting seems FordPass-heavy, it’s not by choice. Perhaps by contrast, the truck itself provided surprisingly little information. While the app was placing conspicuous flags on my phone, all I saw on the F-150 — despite its enormous optional 12-inch touchscreen — was a small glowing check-engine light symbol on the upper left-hand corner of the also-gigantic 12-inch instrument panel screen. 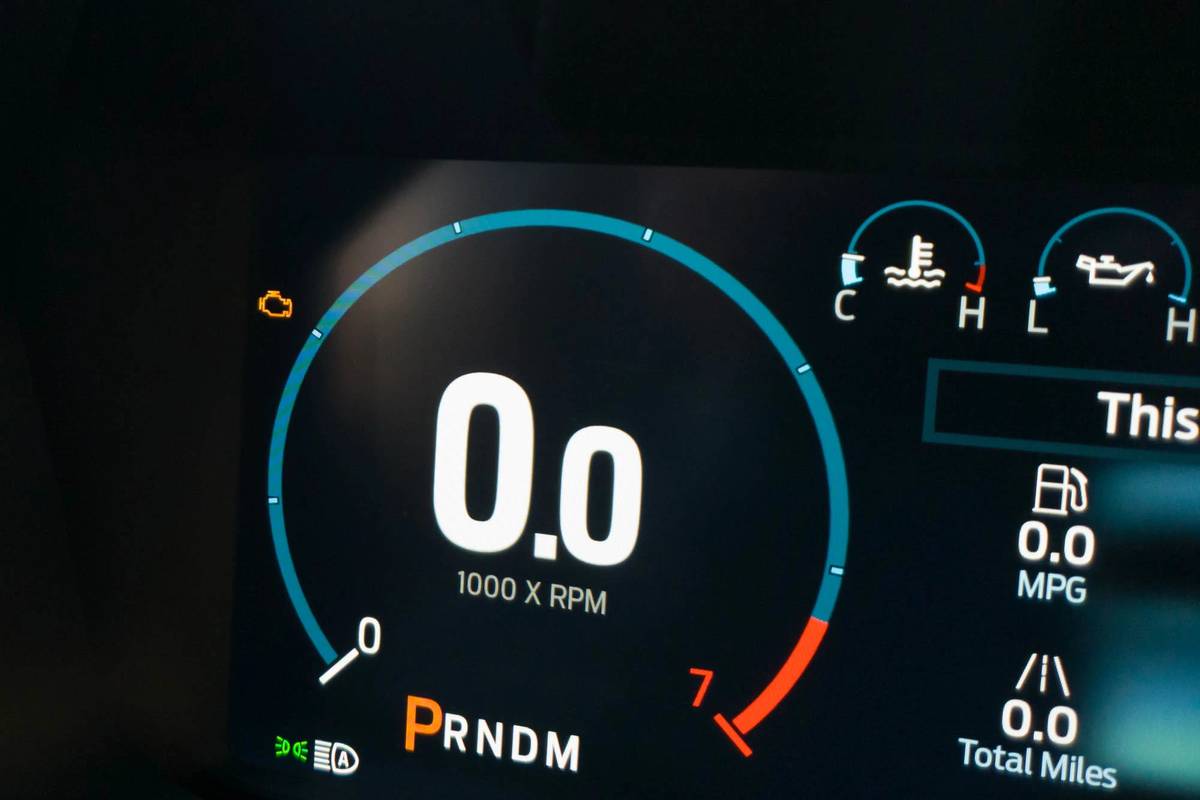 After I detail the rest of our truck’s misbehavior, I’ll give some more information about FordPass’ role in this process — and where it has succeeded and failed.

Maybe it was our experience with vermin chomping on our 2011 Chevrolet Volt’s wiring harness: When weird things start happening, we look for ourselves. I found no critters, but I immediately noticed a major wiring harness that wasn’t attached where it clearly was supposed to be. 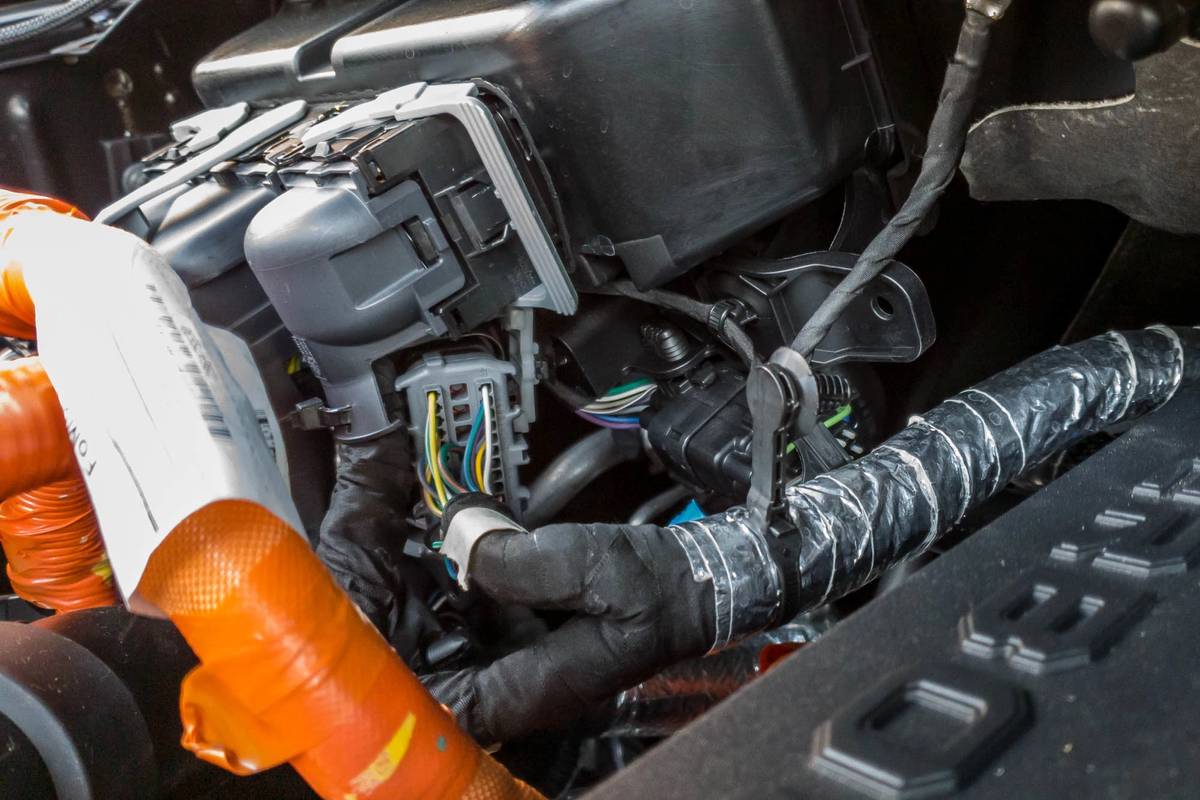 The dealer would have to look at it. I booked a service appointment on Thursday for the following Monday so I could get a loaner car. Friday morning, the check-engine light had turned off, but I kept the appointment. I was glad I had …

On the Saturday before the appointment, I remote-started the F-150, and when I went out to drive it, it had warmed up enough to be in electric mode. When I attempted to pull away, the steering had no power assist; I could go forward and back, but the wheel acted like a non-hybrid with its engine off. I turned it off and back on again, but nothing changed. Only when I played with the driving modes, switching to one that triggered the gas engine, did the steering assist kick in. For what it’s worth, I then put about 100 miles on the truck that day with no problems.

The dealer service center secured our truck’s wayward harness, examined the codes and gave it the once-over. Before the day ended, they returned it to me explaining that it seemed like a transient glitch and in these cases, there’s little they can do but clear the codes and hope it doesn’t happen again. But because the truck “is so new and unique [a hybrid],” the service writer said he reported it to a Ford hotline in case they wanted to follow up. They did not.

What was behind this? Was that wiring harness loose? A computer glitch? It’s a mystery. Note that both of these glitches happened after the truck had been remote-started and had sat idling — once for an hour (on and off, due to the hybrid system) and the second time for the limited remote-start interval. Since then, Cars.com editors have continued to remote-start the truck through a month of subfreezing and subzero Chicago temperatures. Seven weeks have passed since the check-engine lights, and it hasn’t happened again.

More Alerts, With FordPass on the Job … Mostly

The FordPass smartphone app played a crucial role in this process, as it has in alerting us to everything from low washer fluid to a safety recall (our particular truck wasn’t included). The alerts have also included a Field Service Action to reflash an integrated trailer relay module, a warning and pending wireless update fix regarding a battery drain issue tied to the Zone Lighting feature, and also a similar acknowledgement of problems between Sync 4 and Android phones running Android Auto, be it wired or wireless. We experienced the Android glitch and await the promised updates both to the F-150 and the smartphone app. 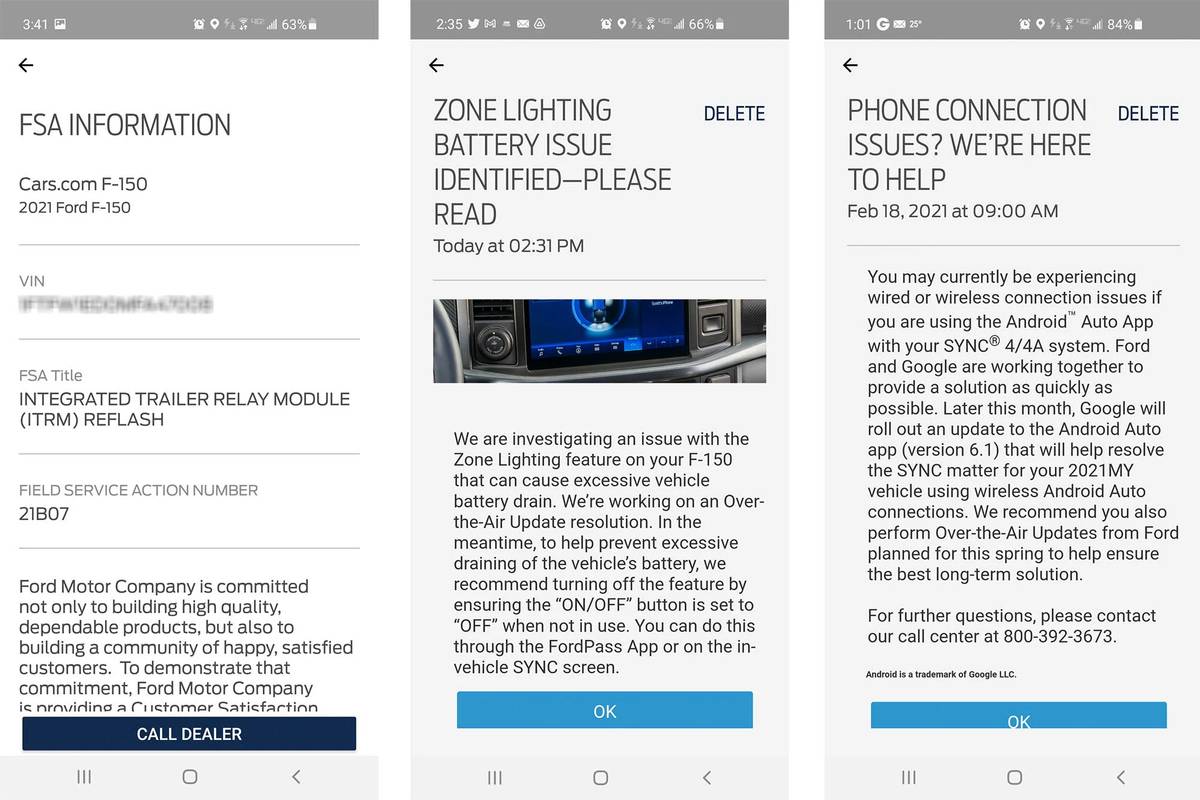 Where FordPass failed was in booking a service appointment when I used the Find a Dealer button. The successful appointment detailed above was actually my second one at a different dealership, which I lined up via phone after FordPass did me wrong. Now it can be told: After I pressed the button, the app automatically populated a form with the correct year, model and vehicle identification number (yet the wrong odometer mileage) for our truck and found a dealership within seconds. The next screen asked for the appointment reason. The third showed a wide-open service schedule. I selected 8:55 the next morning. 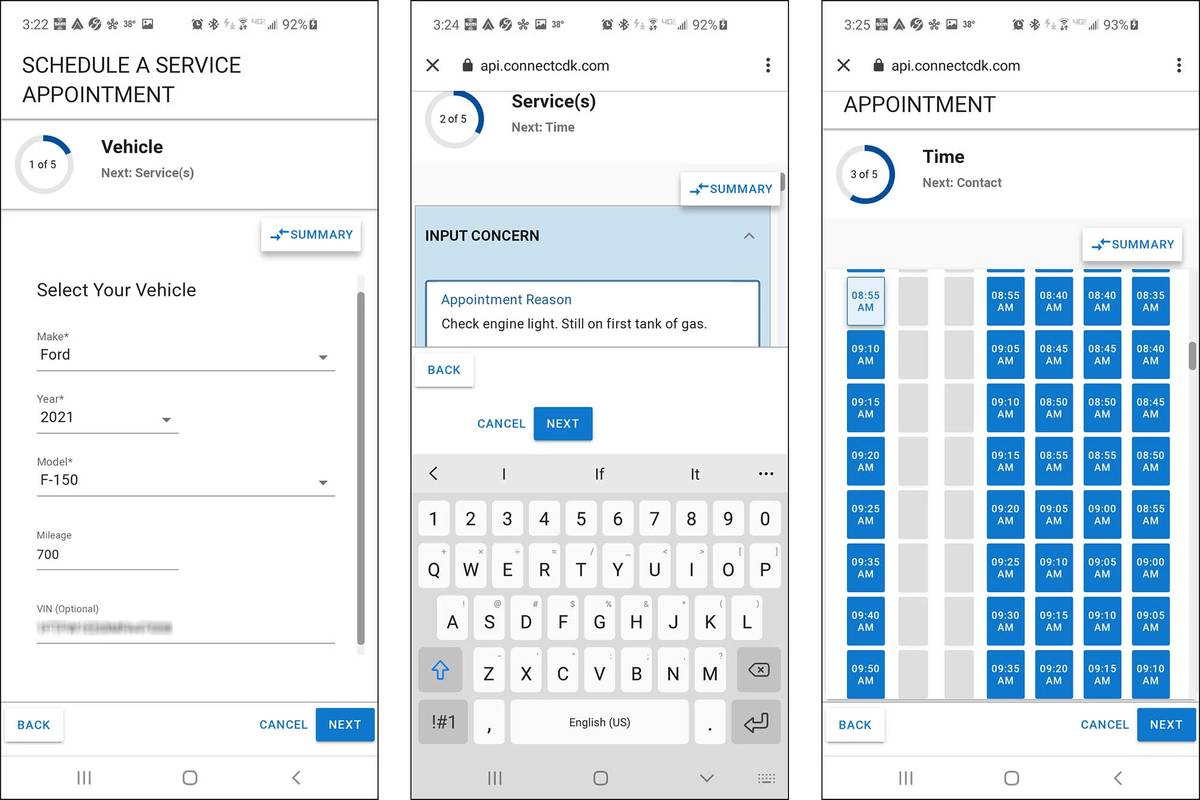 The app had given me the option to request a loaner car and I’d even typed a note to contact me if the loaner requirement would cause delays. Unfortunately, when I arrived, though my appointment was on record, there was no loaner available and the shop was far busier than the app had suggested. The representative said he received no loaner request and no notes came through the system. It’s possible FordPass is simply ahead of dealers’ capabilities, or at least some of them.

Because I needed a loaner, I had to cancel and reschedule with another dealership a few days later, which I did over the phone to be sure.

But overall, FordPass has been one of the more robust vehicle-tied phone apps we’ve used, and we’ll be digging deeper into it for a future report, as we will with any further developments with our F-150, both good and bad.