Given the rapidly growing popularity of electric bicycles, it’s clear that they aren’t just for leisure or commuting, they also make great work tools for commercial applications. We’ve seen this with the variety of cargo e-bikes and trikes that can carry an impressive payload. Unsurprisingly, e-bikes, when fitted with the proper gear, can also be particularly useful for police officers and their patrol duties.

When put to work alongside standard police cruisers and motorcycles, electric bicycles have the potential to make police officers’ work a lot easier, especially in crowded urban areas and city centers. It makes sense, as there are several reasons why electric bikes, when used in addition to a police force’s standard cruiser fleet, make better patrol vehicles. Compared to police cars, electric bikes can be deployed more rapidly, and because they are inexpensive, more of them could be used in more locations. In the end, this speeds up the response time of police personnel to calls. 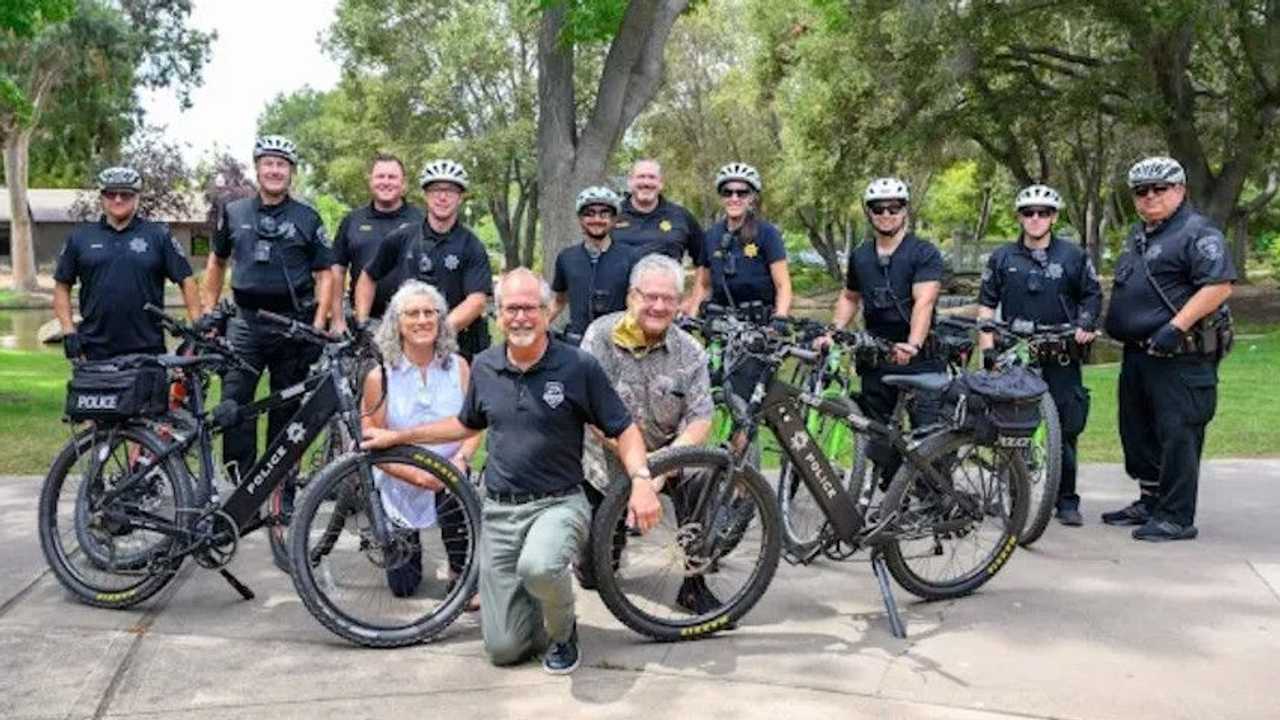 According to a recent Electrek article, the Menlo Park Police Department has lately increased the number of e-bikes on duty. To be more precise, modified Pedego electric bikes with a police kit that is intended to make officers’ tasks easier. The bikes have already been successful in helping law enforcement apprehend criminals, particularly bike thieves.

Jeff Scanlan, the local Pedego dealer of Menlo Park, California said explained in the article, “Just last week, one of the patrol officers using our e-bike came into the store and shared a story of him catching a bike thief who had just stolen a bike from in front of the Walgreens on Santa Cruz. He said he would never have been able to catch him on a regular bike, and by the time the dispatch could have directed a patrol car to pursue the suspect, the suspect would have escaped.”

Then there’s the issue of police visibility in densely populated areas, away from where cars can usually pass. As a result, using electric bikes enables police to expand their patrol routes thereby increasing their visibility in the community. Officers using electric bikes can travel further and for longer periods of time than those on standard pedal cycles. They are less fatigued and more effective at making arrests during pursuits.

Last but not least, there’s the added health benefit of switching to two wheels. E-bikes give police officers the option to leave their cruisers and ride a bike instead, even if they lack the physical condition needed to cover miles of cycling if the bikes were otherwise unassisted. Naturally, getting a whiff of fresh air and actually moving about is good for your health, as well.