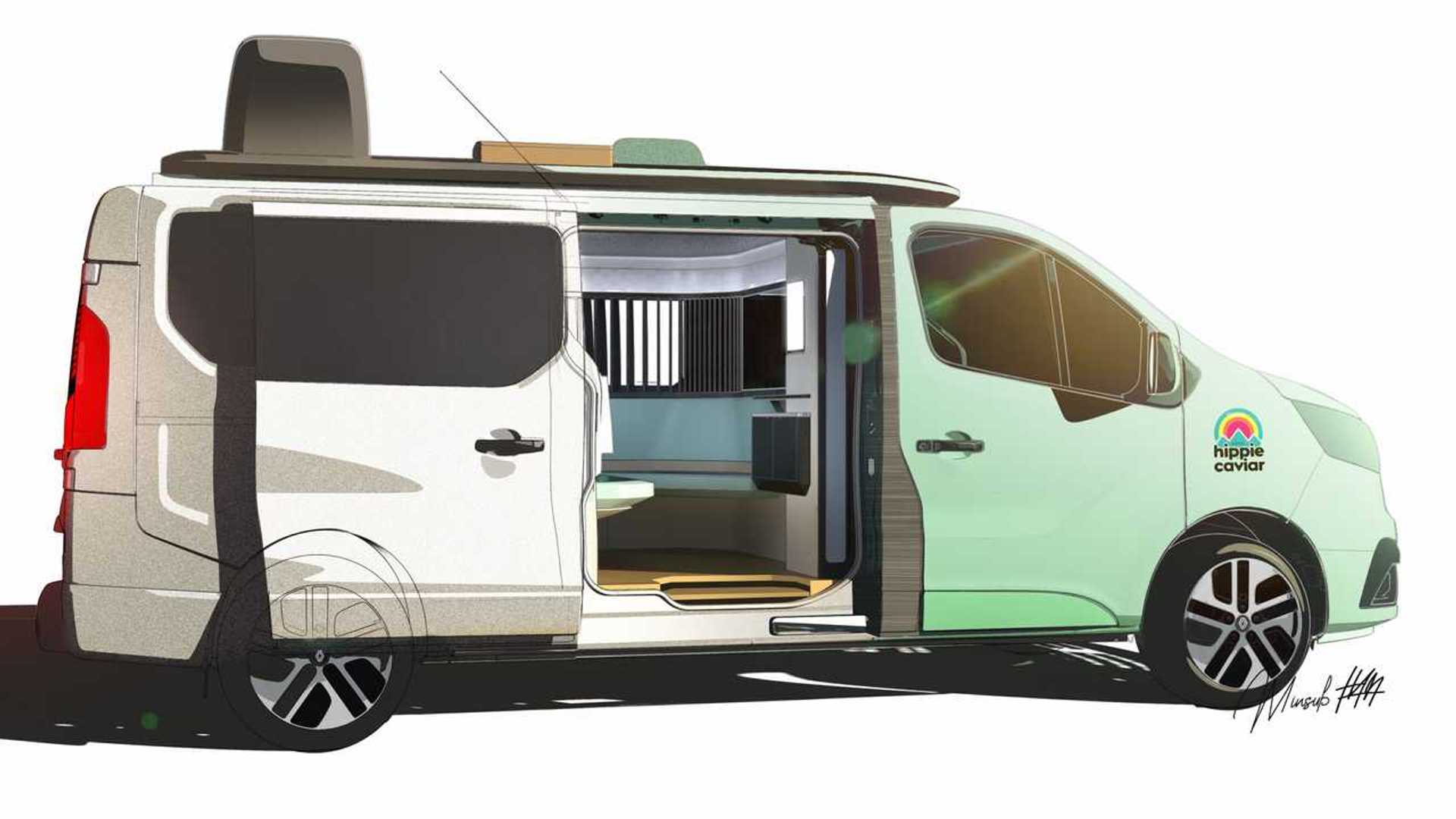 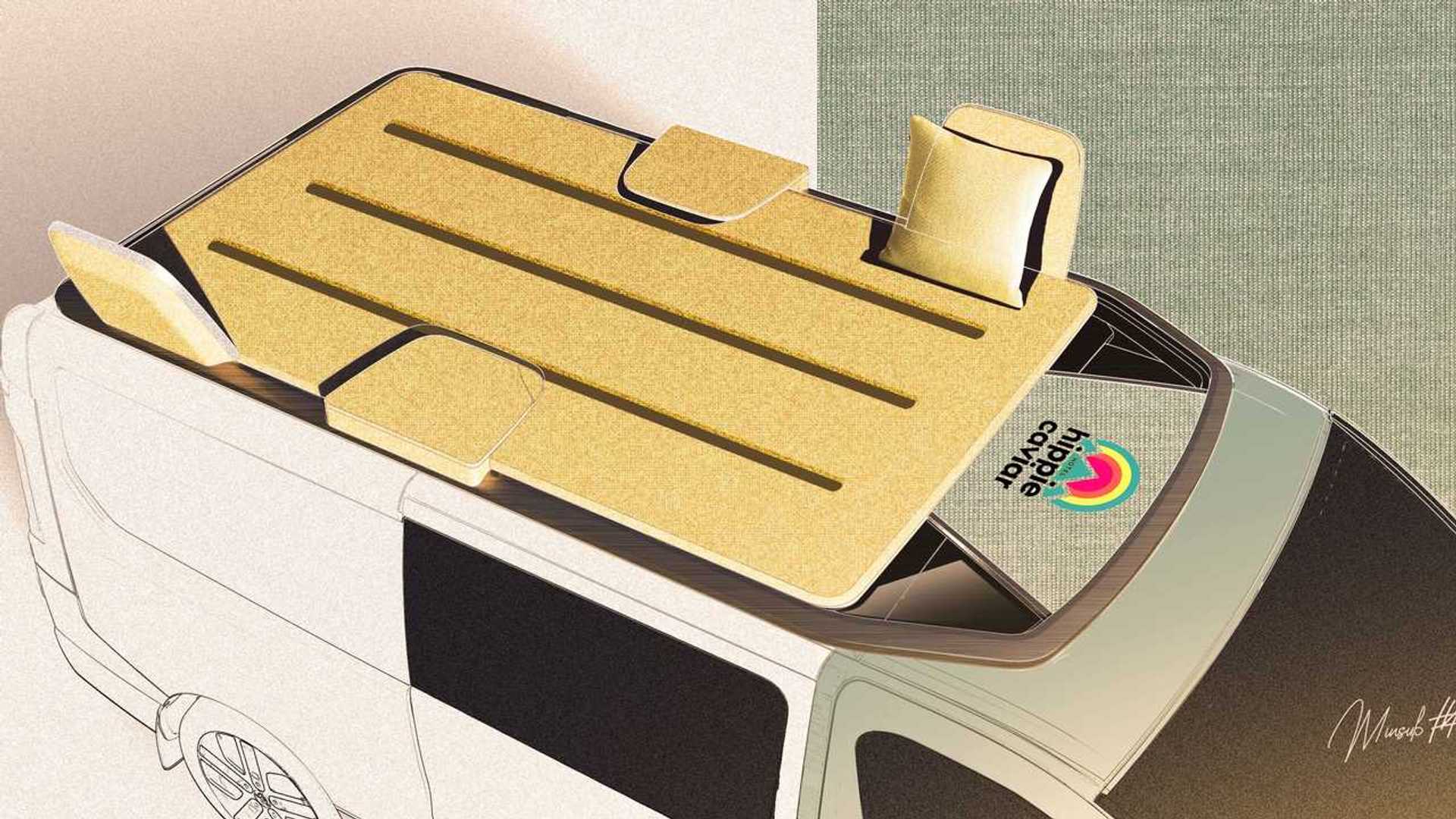 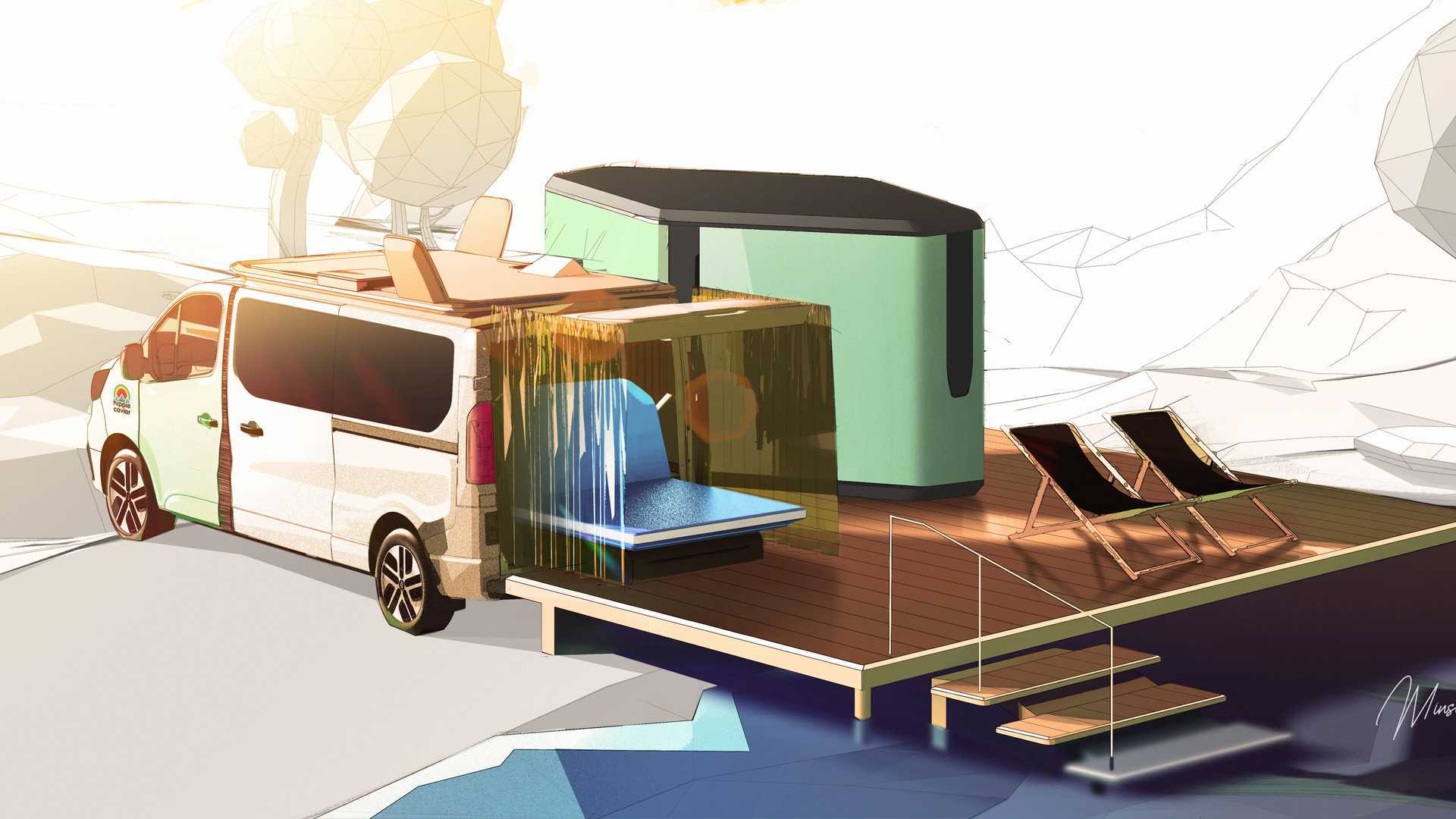 As this is just a teaser, Renault doesn’t offer a crystal clear look at its idea of a Hippie Caviar Hotel, but we’re told it’s based on a luxurious five-star hotel experience for the road. As such, expect swanky materials and exotic woods inside, mixed with soft colors. Renault says Japanese paper-effect “washi” paints are part of the formula, and yes, there really is a rooftop terrace. It consists of a coffee table with removable backrests, and it’s accessed with a ladder.

You may not want to climb up though, because the ground level sounds pretty spiffy by itself. A bench seat converts to a bed that can be set up inside or outside the rear of the van, where it’s surrounded by draperies for a bit of privacy. However, the most radical feature of the Hippie Caviar Hotel isn’t connected to the van at all. Rather, it’s a big “logistics container” that van owners can have delivered to wherever they’re going. It contains a full bathroom as well as batteries for electricity, and if it sounds just as impractical for camping as remote deliveries by drone, you’re not wrong, But hey, it’s a concept.

Renault plans to reveal the Hippie Caviar Hotel at the 2021 Caravan Salon in Düsseldorf, which opens August 27. The idea is certainly wild, but it should preview Renault’s less extravagant plans for a range of more focused vans in 2022, coinciding with the arrival of the electric Trafic.