Rivian announced its financial results for the fourth quarter of 2021 and the full year, but the report was considered “unimpressive” by CNBC’s Phil LeBeau.

The company reports $54 million in revenues in Q4 and $55 million in 2021, with a negative gross profit of respectively $383 million and $465 million due to very low volumes of production during the ramp-up phase. 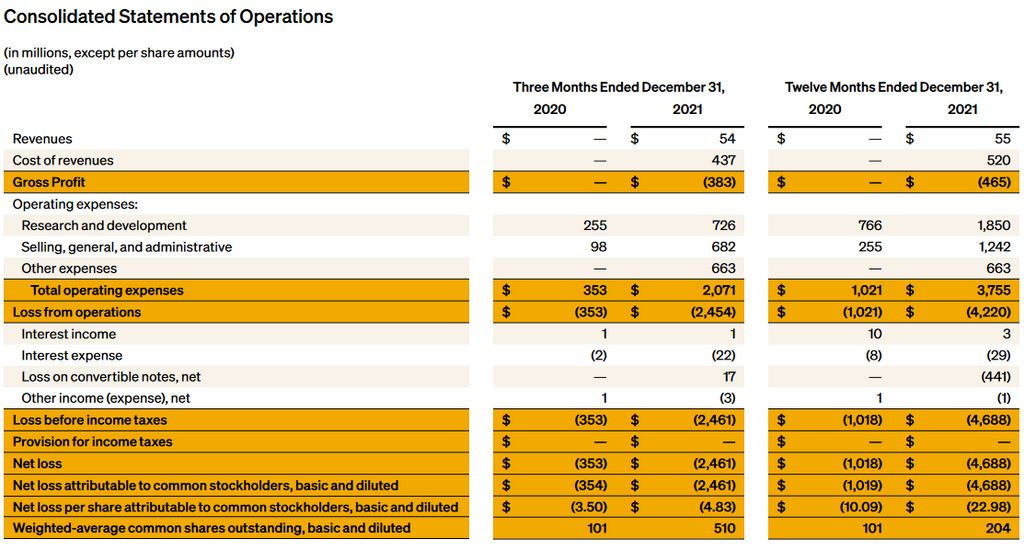 Rivian started series production of customer vehicles (R1T) in late Q3 2021, later joined by the R1S and EDV models in late Q4 2021. The launch of all three vehicles was the primary objective.

According to the report, a total of 1,015 vehicles (all three types combined, but mostly R1T), were produced in 2021, out of which 920 were delivered.

Since then, the production rate continues to increase and this year the company has already produced more vehicles than in 2021. Rivian says that as of March 8, the cumulative production reached 2,425 electric vehicles, which means 1,410 units in Q1 2022 with a few weeks to go.

“During the two trailing weeks prior to March 8, we averaged a weekly production rate that was approximately two times the exit rate of Q4 2021. As of March 8, we have produced 1,410 vehicles in 2022 and 2,425 vehicles since the start of production”

Who knows, maybe Rivian will be able to reach or exceed 2,000 units this quarter, but in general, the company notes significant supply chain issues, which comes on top of the challenges of ramping-up three vehicles simultaneously.

Rivian expects that the supply chain issues will continue through “at least 2022.”

“Now turning to the progress we are making in the first quarter of 2022, the plant is starting to ramp nicely despite the quarter getting off to a slow start and persistent supply chain constraints. Through the first half of Q1 2022, we experienced several headwinds and other factors impacting our production ramp, including a planned 10-day shutdown to fine-tune our production lines, significant supply chain limitations, a large spike in COVID-19 cases likely attributable to the Omicron variant, and severe winter weather in Central Illinois.”

In the case of the Rivian EDV vans, production and deliveries to Amazon are already underway but also constrained.

Initially, the company produced the EDV-700 version. At the same time, the narrower and shorter EDV-500 version has entered the pre-production stage (this version will also be exported to Europe). 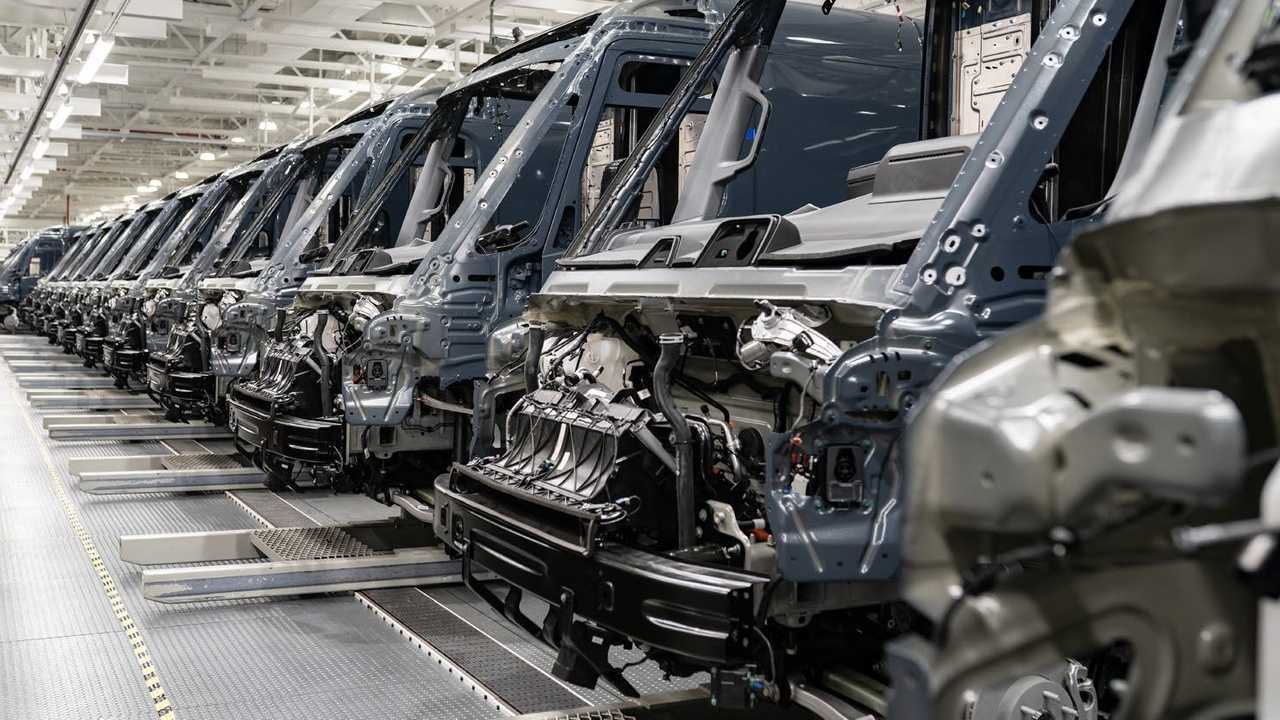 The company estimates that without constraints, its plant in Normal, Illinois would be able to produce 50,000 electric vehicles in 2022, but because the situation is difficult, the target for 2022 is lowered to 25,000. The main focus is on ramping up production.

“We believe that throughout 2022, the supply chain will be a fundamental limiting factor in our total output for the Normal Factory and that our manufacturing equipment and processes would have the ability to produce enough vehicles to deliver over 50,000 vehicles across our R1 and RCV platforms in 2022 if we were not constrained by our supply chain.”

“…due to the supply chain constraints currently visible to us, we believe we will have sufficient parts and materials to produce 25,000 vehicles across our R1 and RCV platforms in 2022”

The plant in Normal, Illinois potentially could produce up to 150,000 vehicles per year. With additional investments, this number will be increased to 200,000 units annually.

Together with the upcoming second plant just outside of Atlanta, Georgia (400,000 EVs annually), the company plans to have a total capacity of 600,000 electric vehicles annually, starting a few years from now. The launch of the second plant is scheduled for 2024. 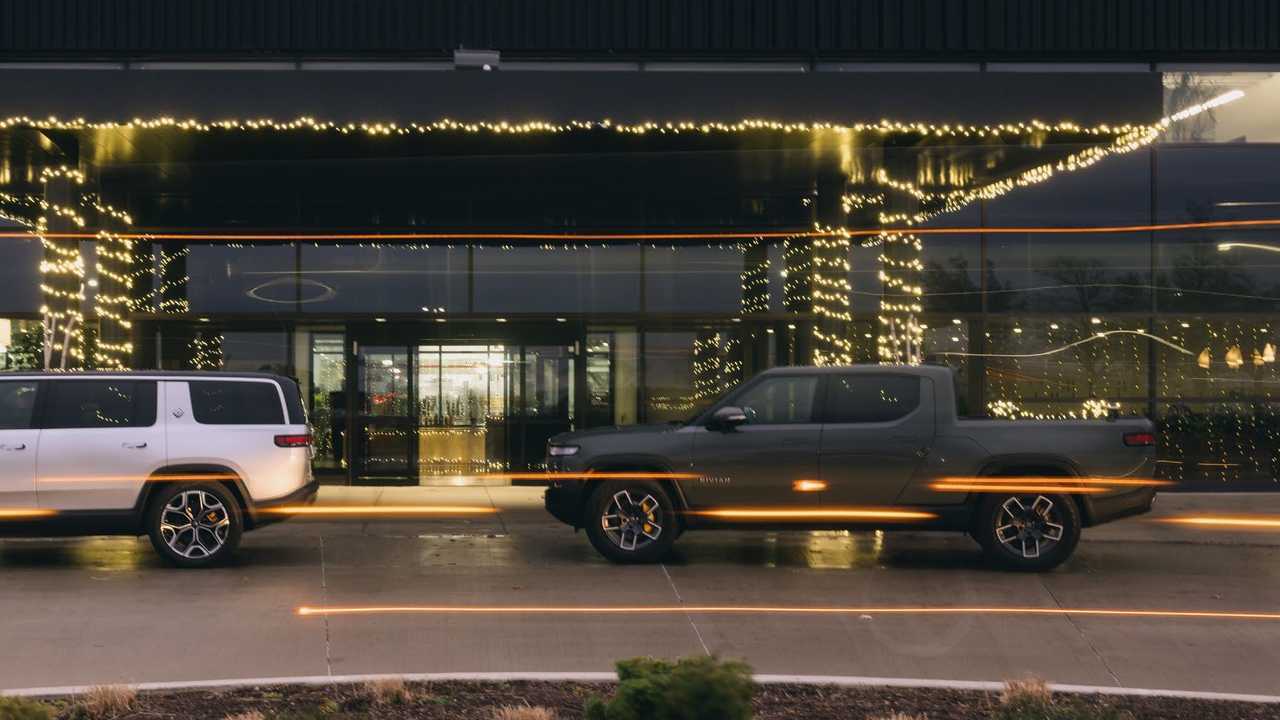 An interesting thing is the number of pre-orders. As it turns out, the net number (after deducting cancellations) increased, despite some customers backing out due to the price increase for existing reservation holders (later the company announced that it will honor the original price).

“Preorders since the March 1 pricing announcement continue to accumulate at approximately the same rate, indicating the new pricing model which includes the Dual-Motor and Standard battery pack provides a strong value proposition to customers”

It seems that, on average, Rivian gets some 4,000 new reservations per month. It highlights a huge disproportion between demand and supply.