Rivian R1T has not been tested and safety rated by the Insurance Institute for Highway Safety, so like with most other trucks, we don’t actually know how it compares to other vehicles in the event of an accident. Weighing in at at over 7,000 pounds (3 tons), though, it does have mass on its side, which probably partly explains why it fared better than the (possibly Subaru Outback) crossover it crashed into in Alpharetta, Georgia yesterday.

We don’t have a lot to go on here, but we can clearly see that the Rivian crashed into the side of the blue vehicle (probably trying to join the main road from a smaller side road), and according to the Alpharetta Department of Public Safety, it actually trapped the driver of the crossover inside. Nobody was seriously injured (although people were taken to hospital) and emergency crews did need the so-called “jaws of life” to free the trapped driver. According to a Facebook post about the incident,

Shortly after 9 am this morning, units were dispatched to a motor vehicle collision with injuries on GA120, west of Westside Parkway. When units arrived on scene they found two vehicles involved, with the driver of one of the cars trapped due to the damage at the driver’s side. Fire and EMS personnel began to provide medical care to the driver, while fire crews used extrication tools (popularly referred to as the jaws of life) to free the trapped patient and get them to the hospital for further care.

Alpharetta PD did an awesome job controlling traffic and keeping the scene safe while crews worked to free the driver and provide care to all patients. 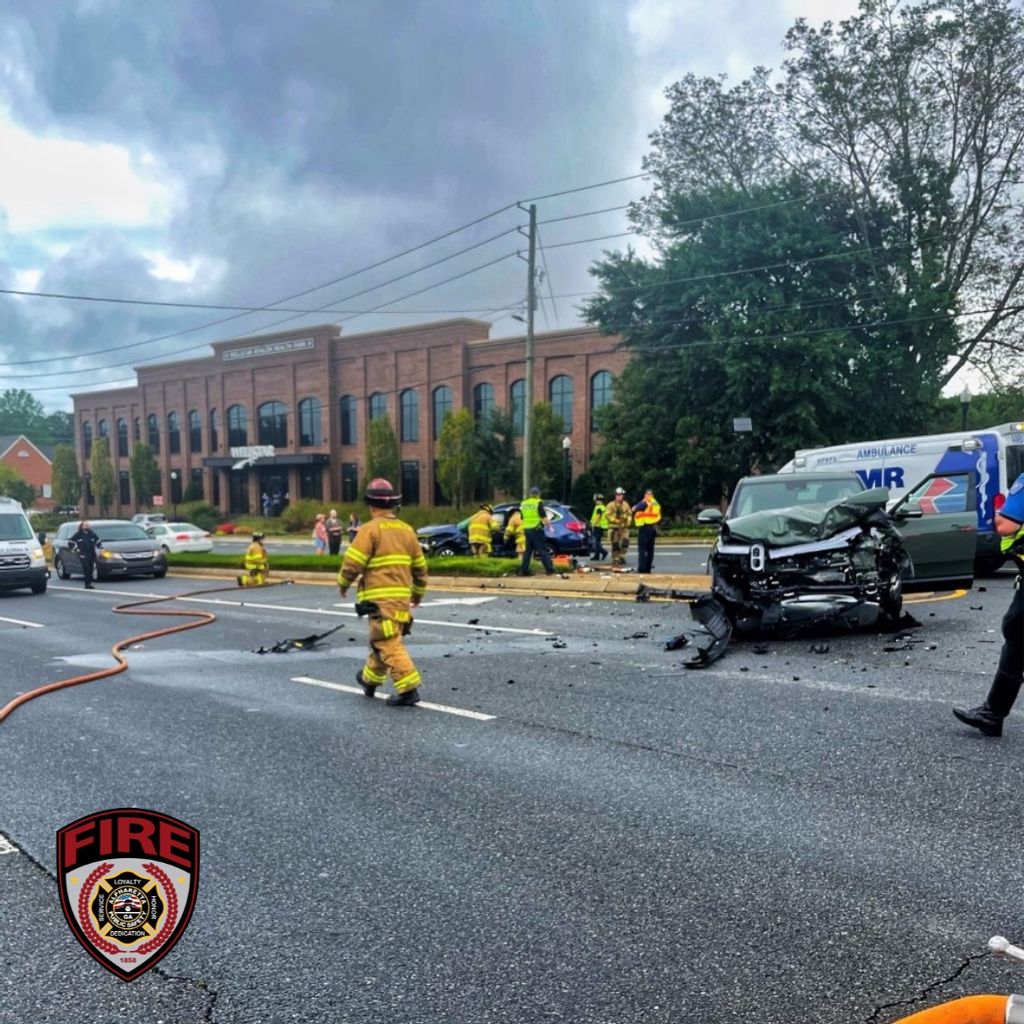 We know of two other documented Rivian R1T crashes. One occurred when a pre-production prototype was driven into two other parked cars, and the Rivian didn’t sustain any significant damage, while the other saw an R1T driven straight into a pole and a fire also reportedly broke out after that crash.

This time no fire was reported, even though if you look at the front end of the crashed R1T, it almost looks as bad as the one that was driven into a pole. However, given that this wasn’t a frontal crash that penetrated deep inside the vehicle, none of the high voltage components or battery seem to have been affected.