They will be installed by the end of 2023, together with more than 10,000 Rivian Waypoints.

By the end of 2023, the company intends to install over 3,500 DC fast chargers at more than 600 sites in the U.S. and Canada, “connecting cities on popular routes” and “extends further into more remote destinations.” All powered by 100% renewable energy.

Each site will be equipped with multiple chargers (5-6 chargers per site on average), and the sites themselves are promised to be conveniently located on highways and main roads, often by cafes and shops.

“Los Angeles to Tahoe. Manhattan to the Adirondacks. San Francisco to Seattle. I-70 to The Rockies. Michigan’s UP via I-75. California’s Hwy 395. The entire Blue Ridge Parkway from Shenandoah National Park down to Great Smoky Mountains National Park. All these routes and more will begin opening this year. “

Here is the map: 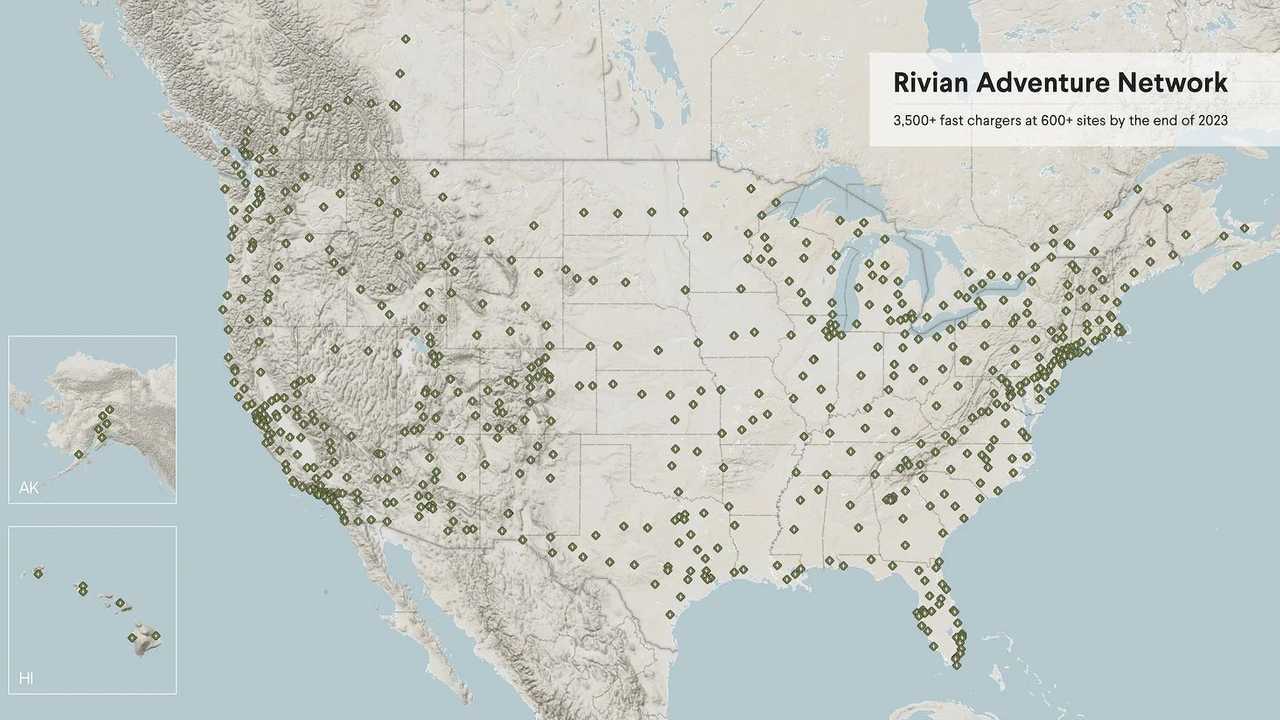 Rivian explains that the initial power output of the DC chargers will be over 200 kW and over 300 kW in the future. It should be enough to replenish up to 140 miles of range in 20 minutes. We saw last month that Rivian is interested in 900 V chargers.

Those chargers will be available exclusively for Rivian owners. Just like in the case of the Tesla Supercharging network. Charging will start automatically after plugin-in, as long as you drive a Rivian vehicle (others will not be able to use those chargers).

In-vehicle navigation will automatically include the location of the chargers. The details on pricing and “associated programs” will be announced soon.

The Rivian Adventure Network in brief:

It’s the first time we see a dedicated DC fast charging station in the U.S. since Tesla launched the Supercharging network. The difference is that Rivian is using the standard CCS1 charging standard, instead of a proprietary one (developed before CCS1 came out). 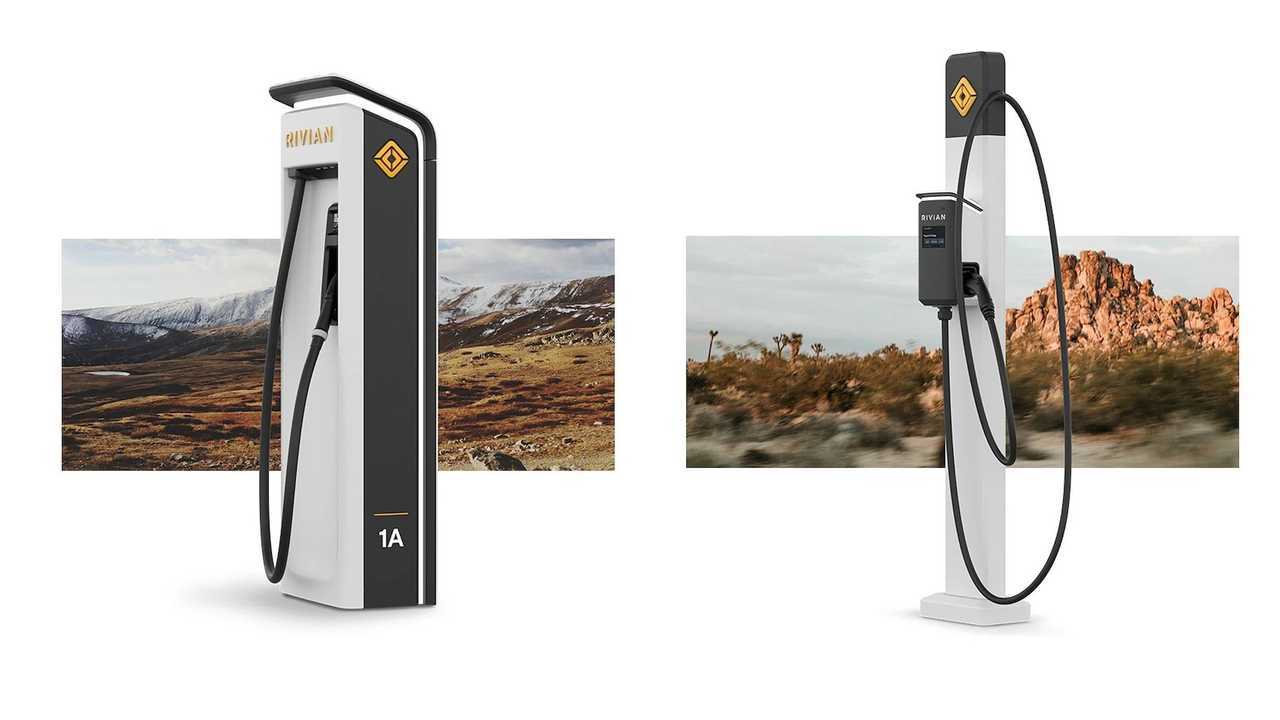 Besides the DC fast chargers, by the end of 2023 Rivian will install also more than 10,000 Rivian Waypoints charging points (AC Level 2 – 11.5 kW, which will replenish up to 25 miles of range per hour).

Those are the charging points envisioned for destination locations or places where drivers spend more time, like shops, restaurants, hotels and parks – “letting you grab extra miles while you’re out having fun.”

Just like in the case of DC chargers, they will start charging Rivian vehicles automatically once connected, but they will not be exclusive to Rivian drivers, but rather open to the public.

The first locations were announced this week – “all 42 Colorado State Parks will have two Rivian Waypoints each.” The installations will start in July. More locations will be announced soon.

The Rivian Waypoints in brief: 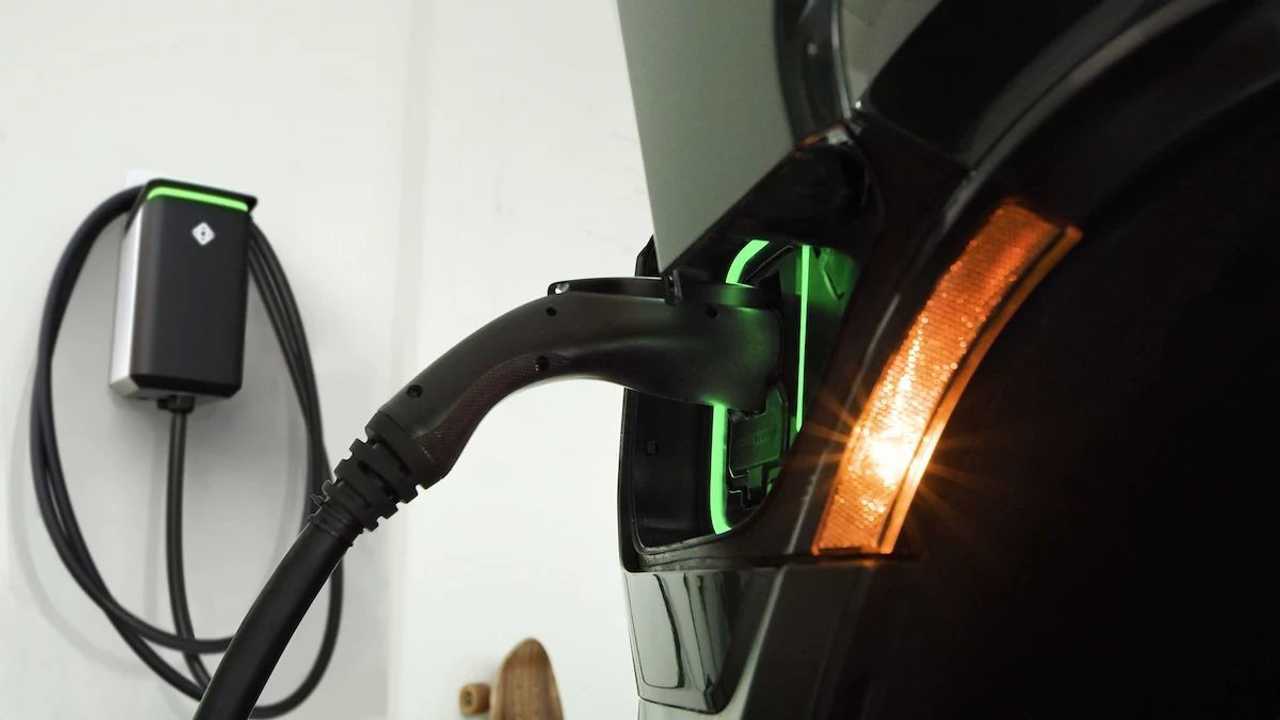 The final element of the Rivian charging approach is a smart home charging station (AC Level 2 – 11.5 kW), which will be able to provide up to 25 miles of range every hour. Overnight charging should be enough to fully recharge the largest battery pack.

“You’ll be able to purchase the Rivian Wall Charger and set up installation when ordering your vehicle. If you finance your vehicle through us, you can also roll in the cost of the Wall Charger. “

The Rivian wall charger in brief:

The cars will be equipped with a Portable Charger to charge from ordinary 120V or 240V outlets. Using a 240-volt outlet, the range replenishing speed will be up to 16 miles per hour.