Between the edges of an 11,600-foot runway lies the East Coast Timing Association’s Arkansas 1-Mile Challenge. The second year at Arkansas International Airport wasn’t without its challenges, but Sunday’s tail wind pushed seven drivers through the 200mph barrier while the season-opening meet marks the 14th year of the HOT ROD Top Speed Challenge; a trio of classes that pit street-legal cars against terminal velocity.

Over the course of 387 runs throughout the weekend, we saw everything from Mercedes diesel-powered S10s to Lamborghini Huracans break the ECTA’s timing beams. 2019 also marked the continuation in the association’s goals to bridge the gap between traditional and modern land speed racers, namely those hyper-colored exotics found at other half-mile and airport attack events. 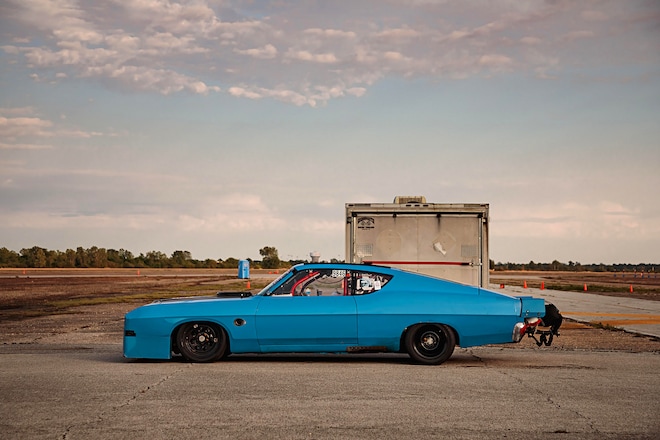 On the same grounds that WWII pilots practiced the art of dancing with flack, 65 drivers ran against ECTA’s clocks. The format is pretty concise: at the drop of a flag, you have one mile to get up to speed and break through the timing lights — which average the vehicle’s speed through a 100-foot break between the final beams. With many of the modern super cars being geared for shorter runs, the ECTA has also set up a speed trap for half-mile runs as well. “I call it your classic land speed and your modern land speed. They’re doing the same thing, but they’re doing it different ways,” said CJ Strupp, Secretary and Treasurer at ECTA. “It all comes together to form the evolution of the industry of goin’ fast.”

The weekend began on Friday with tech inspection and opening runs, where seasoned Drag Week racer Clark Rosenstengel rolled his 2010 Camaro off the trailer and immediately punched a 232.56mph hole through the Arkansas air. Dan Haugh’s Saab began a long journey to an ultimate top speed of 136.99 mph after a botched start on the first day. Rick Lind’s blunt-nosed NASCAR missile — powered by a modern, twin-turbo Dodge R5 cup motor — was co-driven with Jennifer Jo Cobb, who happens to wrestle full-size trucks in the Gander Outdoors Truck Series when she’s not knocking down 200-plus-mph passes after shaking off her rookie runs. As these homecoming days often are in racing, it was a clichéd calm before the storm.

Saturday brought land speed’s kryptonite: wind. The new day brought in gusts that topped 30 mph, head-on. Between the course-holds, Clark managed to pick up over 15 mph in the half-mile, but engine troubles lead to an aborted run. Another Drag Weeker, Joe Grier, drove to the meet with his HRDW trailer in-tow before churning out solid 176 mph thanks to an atmosphere-consuming S480 turbocharger that feeds boost to a 370-inch LQ4.

“If there’s a more consistent car out there than the Hellcat, I don’t know what it is,” joked ECTA’s Mike Morgan. “It’s on the number pass after pass!” Mopar’s supercharged specials showed off their heat-shedding abilities thanks to the massive liquid-to-air intercooling systems. Andrew Whydell, who in 2018 took the record of the most runs in a meet while churning back-to-back runs all weekend (all 80 of them), returned to churn nearly identical 181 mph runs. The father-and-son pair of Paul and John Trcka shared double duty in a fresh 880hp Hellcat Redeye. It wasn’t long before they were able to churn 170mph passes on their first day at ECTA – and that was after having driven from Minnesota. Still, the high winds prevailed and eventually shut the meet down in the afternoon.

The Top Speed Challenge’s street cruise, while not quite the grueling slog of Drag Week, brought thoroughbred land speed cars through the town of Blytheville. Of course, a handful of these late model missiles made the drive, but the real digs were on stuff like Rydin Racing’s big-block-powered 1982 Pontiac Firebird and Clark’s twin-turbo Bat-mobile of a Camaro. With stops at the local technical college and the historic Greyhound bus station along Highway 109, the Top Speed Challenge entrants had their street bonafides proven, and everyone hit the sack before an early start on Sunday’s closing rounds.

Thankfully, mother nature agreed, and on Sunday the winds came as a gift in the form of a 20mph tailwind. Across the board, everyone began picking speed. The Hellcats of Andrew Whydell and the Trcka boys were comfortably breaking the 180 mph barriers, with the narrowbody Hellcat taking the Redeyes’ lunches with a 182.56 to Paul and John’s 181mph top speeds. Despite losing LX platform bragging rights, Paul’s 181.45 secured him the Modern Street win in the Top Speed Challenge. Over in the Rydin Racing Camp, rookie Tom Mellinger took “Lucy” through the beams at 197.37mph to take home a Top Speed Challenge jacket in Real Street after chiseling through his licensing passes on Saturday. Despite the mechanical woes of a well-seasoned engine, Clark Rosenstengel secured the win in Super Street thanks to the 232.56 mph half-mile speed of his final pass. In the main camp, the battle between modern and traditional land speed racing saw a pair of 233.77 mph runs by Bonneville racer Rick Harden and his twin-turbo big-block ’90 ZR1 to Ricky Crossley’s half-mile shotgun blast in a custom-built Lamborghini Gallardo.

Another successful ECTA event kicks the season off in good stead, and the excitement of two more rounds this year at the Arkansas International Airport has racers eager to squeeze out a few extra miles on the timing slips as the summer rolls in. One of the best one-mile courses in many of the racers’ opinions, it’ll be exciting to watch speeds climb and records fall. See you out there. 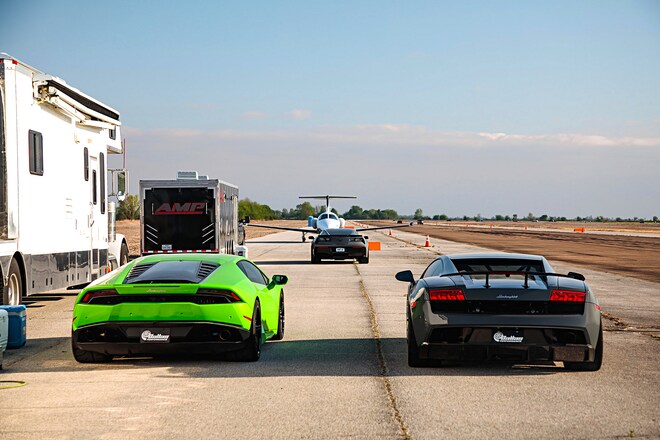 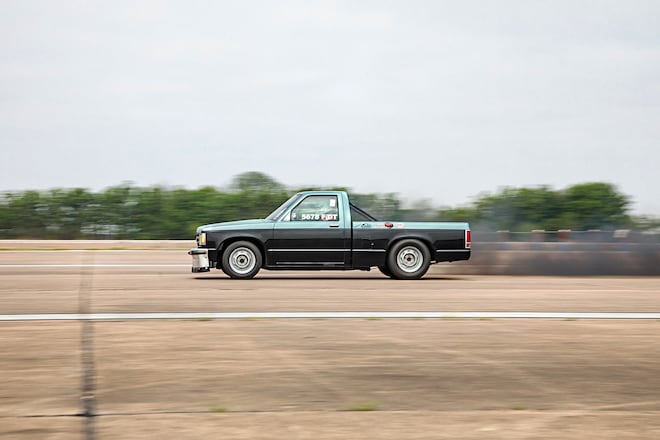 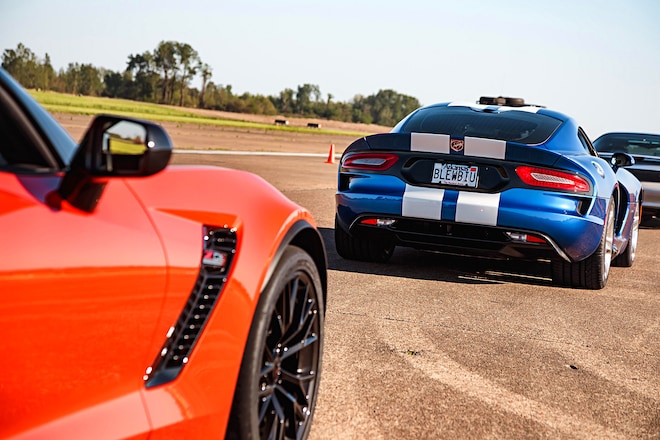