On June 14 this year, the Government announced it would be ending the Plug-in Car Grant and focusing on improving electric car charging infrastructure. It said the scheme has succeeded in creating a mature market for ultra-low emission vehicles, with more than one million EVs being registered in the UK.

Battery and hybrid electric vehicles now make up more than half of all new cars sold and fully electric car sales have risen by 70 percent in the last year.

The grant had given drivers the opportunity to put £1,500 towards a new electric car under £35,000 in what was a major step towards helping the majority of drivers afford an EV. 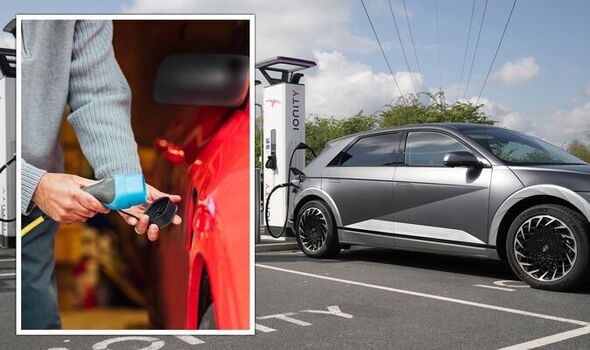 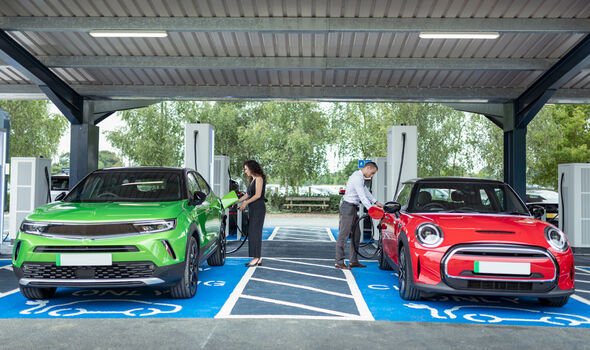 David Savage, Vice President for Geotab UK and Ireland, said the infrastructure in place to support an EV-centric ecosystem still requires much work to facilitate the current number of EVs on the road.

Speaking to Express.co.uk, he said that the incentives were “interesting”, adding that for many it was a “sticker shock” when the Government ended the scheme.

He added: “It wasn’t a phased roll down, it was one and done and that caught everyone – both consumer and fleet – by surprise.

“I think the Government’s thinking at that time was that EV adoption had reached a tipping point and that the incentives should be moved to look at infrastructure and charging.

“If you scratch the surface of that, do the figures hold true? Those EV grants led to about half a million EVs in the UK.

“As a figure that sounds impressive, but when you have over 30 million vehicles on the road in the UK, it’s around 1.6 percent.

“Was it a little bit early to pull them? Arguably yes. Would a phased approach have been more suited or appropriate? I think there’s a strong argument towards yes.”

In March 2022, nearly 40,000 electric cars were registered – a 78.7 percent increase on March 2021, which was highlighted by EV expert and CEO of Electrifying.com, Ginny Buckley.

However, the latest stats show that in September 2022 just over 38,000 electric cars were registered on our roads, which is only a 16.5 percent increase on the same time last year.

The Government instead committed £300million in grant funding to be “refocused” towards other electric vehicles.

Grants are still in place for electric taxis, vans, trucks, motorcycles and wheelchair accessible vehicles, all differing in the amount of funding on offer.

In March, the Government extended the EV grant scheme, meaning some drivers can save up to £16,000 on an electric truck over 4.25 tonnes in weight. 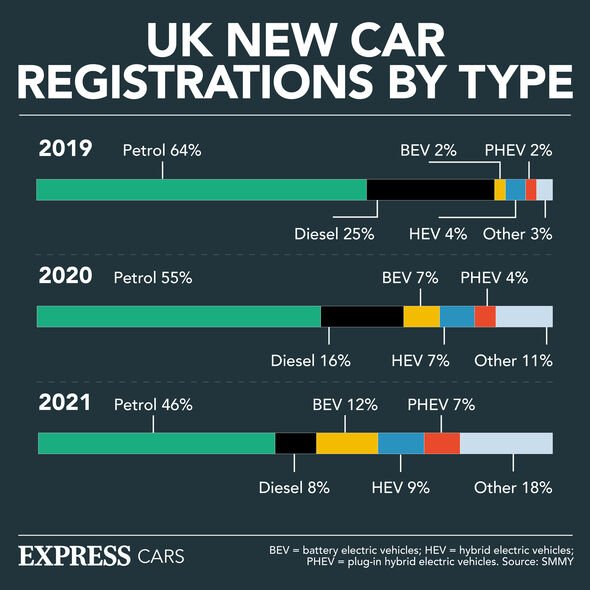 Mr Savage continued, saying: “We’ve got this deadline of 2030, companies and local authorities have their own internal targets, but the rates of adoption and challenges are going to ebb and flow. So, therefore, incentives – the carrot versus the stick – need to ebb and flow in the adoption, whether that’s in the fleet or consumer space.

“Taking a holistic view of stopping grants to support EV adoption and moving them towards infrastructure was probably a knee-jerk reaction, probably too soon. A phased approach would have been arguably a better approach to adopt and you can’t just look at a policy once a year. It’s course correction all the way along.”

The most recent funding boost from the Government came in August, when it announced that drivers would benefit from a £20million EV chargepoint funding project.

As part of the boost, more than 1,000 new electric vehicle chargepoints are to be installed in a new pilot, as part of a wider £450million scheme

The chargepoints will be built across nine local authorities across England, including Durham, Nottinghamshire, and Suffolk. Trudy Harrison MP, Decarbonisation Minister, said it would help expand and grow the “world-leading network of EV chargepoints”.