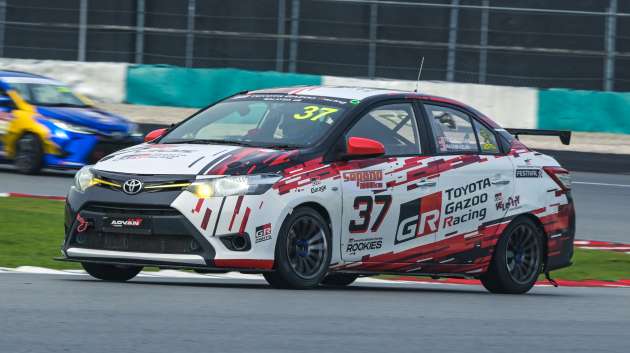 Toyota capped a strong performance with a 1-2 finish at the Sepang 1000 KM endurance race which took place last weekend between November 17 to 20. In only its second year of participation, three Toyota entries finished in the top five overall positions of the endurance race and in the Malaysian Touring Car (MTC) class.

A total of 77 cars participated in the 14th edition of the Sepang 1000 KM endurance race which ran for over 180 laps or nine hours. The race consisted of the MTC and Standard Production (SP2) categories for cars below 1600 cc and the Gazoo Racing Vios Enduro Cup. The Enduro Cup category was exclusively for entry by Toyota Vios race cars competing in the Vios Challenge race series. 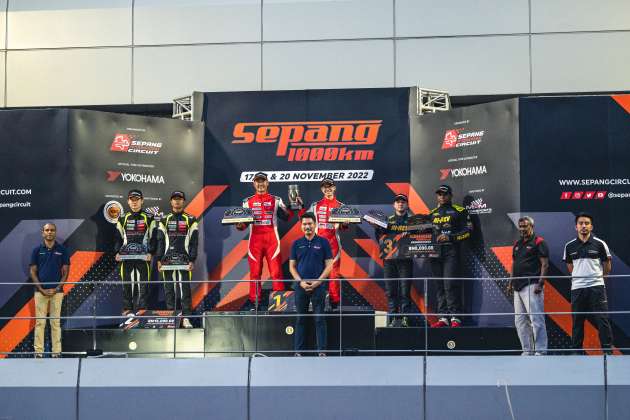 Third place went to Mitchell Cheah and Brendan Paul Anthony of Hi Rev Dream Chaser in the Suzuki Swift and fourth place to Boy Wong and Dannies Ng of Wing Hin Motorsports in the #38 Yaris. Rounding up the top five spots were Lee Wee Sing and Leon Khoo Beng Koon in a Honda City by Team R Engineering HMRT.

“Last year was all about learning and gaining track time to develop both the Vios and Yaris to take on the prestigious 1000 KM race. We had an extensive programme in place as well as competitive cars and we went on to win the race but we had to accept a penalty that classified us third in the MTC Class. Going on to win the race this year where we not only led from start to finish but had three cars in the top five positions overall more than makes up for that setback,” said UMW Toyota Motor president Ravindran K.

Ravindran said Toyota’s involvement in Malaysian motorsports has contributed to the unearthing and grooming of many new young driving talents. It is also the result of the Young Talent Development Programme and the introduction of a Rookie Class in the Vios Challenge. 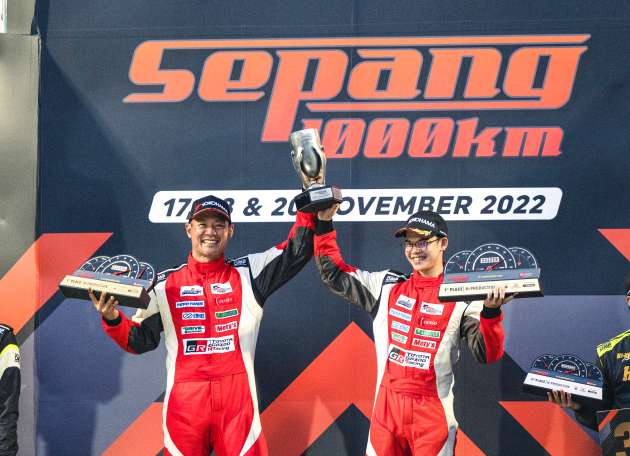 “I’ve done so many endurance races on a simulator but this was the first time I’ve started an endurance race in real life. All in all, it was a great race,” said Naquib who transitioned from simulator racing to saloon car racing in the Vios Challenge. Naquib won the 2021 Rookie Class and this year’s Sporting Class categories of the Vios Challenge.

As for the Gazoo Racing Vios Enduro Cup category which only consisted of 14 cars, the father and son team of Al Farouk and Abdul Miqail driving for 23 Motors stormed to victory followed by teammates Ady Rahimy and Amir Husin Mubarak. Coming in third were Mirza Syahmi Mahzan, Aiman Haziq, Khair Nur Adi and Khair Nur Adli of Carroof Motorsport.