When building or rebuilding a car, few decisions will be as important as which engine you choose to power your new ride. Not only do you need to decide which engine you need, you also have to decide how complete the new engine will be upon acquisition. Do you want to do most of the work yourself, or do you want something as close to plug-and-play as possible?

When picking a new motor assembly, you’ll have the choice between three levels: short block, long block, and deluxe long block. Each is priced differently and offers a different package of parts. But contrary to what the terms suggest, short and long blocks are not related to determining the size of the engines like small vs. big blocks.

To better understand what’s involved with motor assemblies, how the different types vary, and which is best for your project, The Drive’s wrench monkey editors have built an explainer with all the information you need. Let’s explore short blocks vs. long blocks.

What Is a Crate Engine?

In the traditional sense, a crate engine is a fully assembled replacement engine that comes in a crate. For example, a fully dressed or turnkey engine that can drop right into an engine bay as soon as it arrives is a crate engine.

In the broadest sense, however, a crate engine is any manufacturer-built replacement engine, whether fully assembled or not, that is shipped over in a crate. Under this definition, short blocks and long blocks would both be considered crate engines.

What Are Crate Engines Used For?

Crate engines can be used for any project that needs a new engine or an engine with different power. Think classic Corvettes, wild Porsche projects, race-prepped Donks, and homebuilt racecars.

What Is a Short Block Engine And What’s Included?

What Is a Long Block Engine And What’s Included? 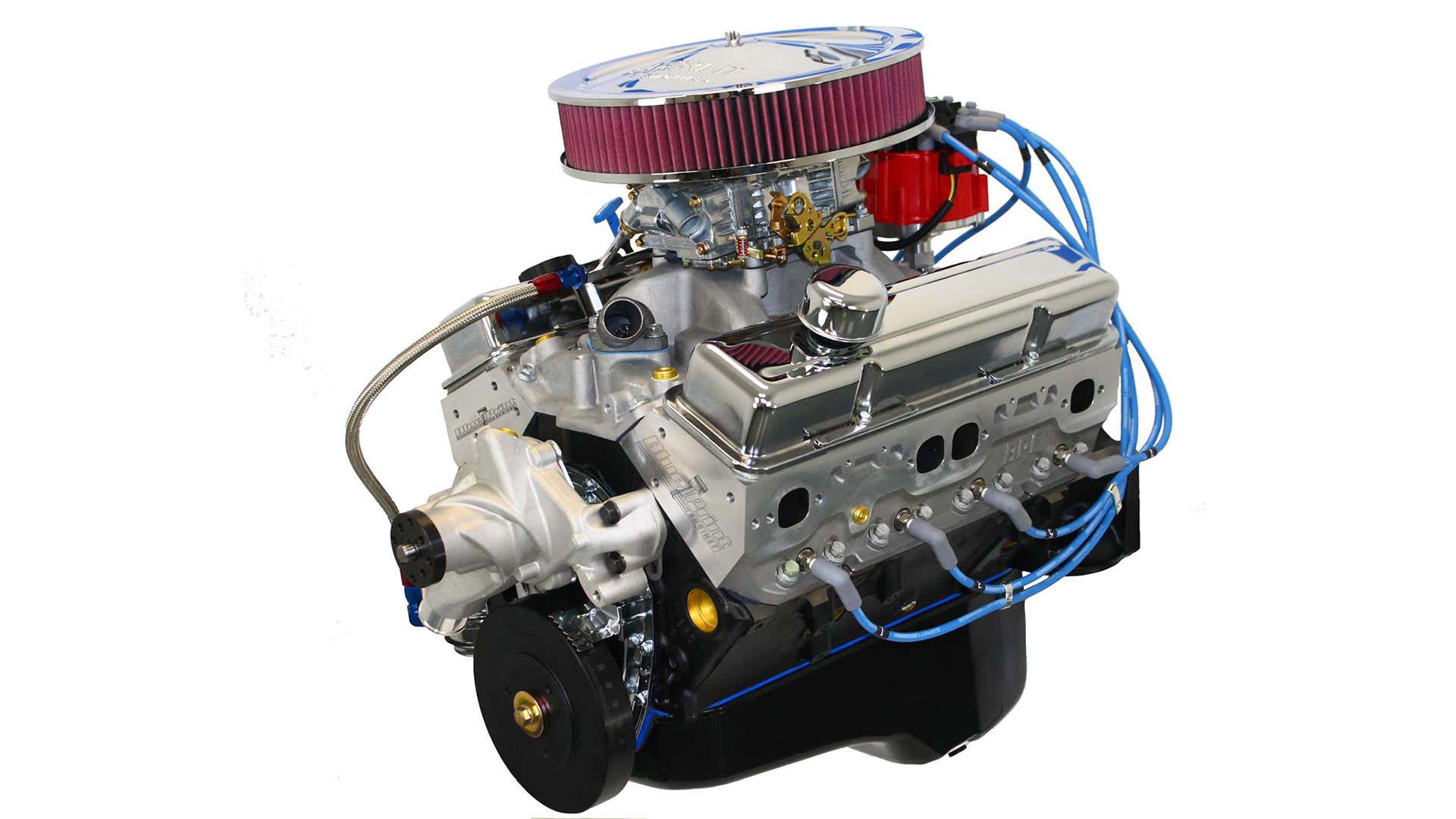 What Is a Deluxe Long Block Engine And What’s Included?

Deluxe long block crate engines are also known as fully dressed, turnkey, or complete crate engines. They come virtually ready to go, though the exact parts might vary between manufacturers. Some might require additional accessories to fit the car, but it’s mostly ready to drop in.

Pros and Cons of a Short Block

Each type of package has its own benefits. You’ll want to know what those are to determine which type of block is right for you. Let’s dig in with a short block first.

Pros and Cons of a Long Block

Now let’s dive into the pros and cons of a long block.

Hopefully, these pros and cons will help you determine which is right for your specific project or application. 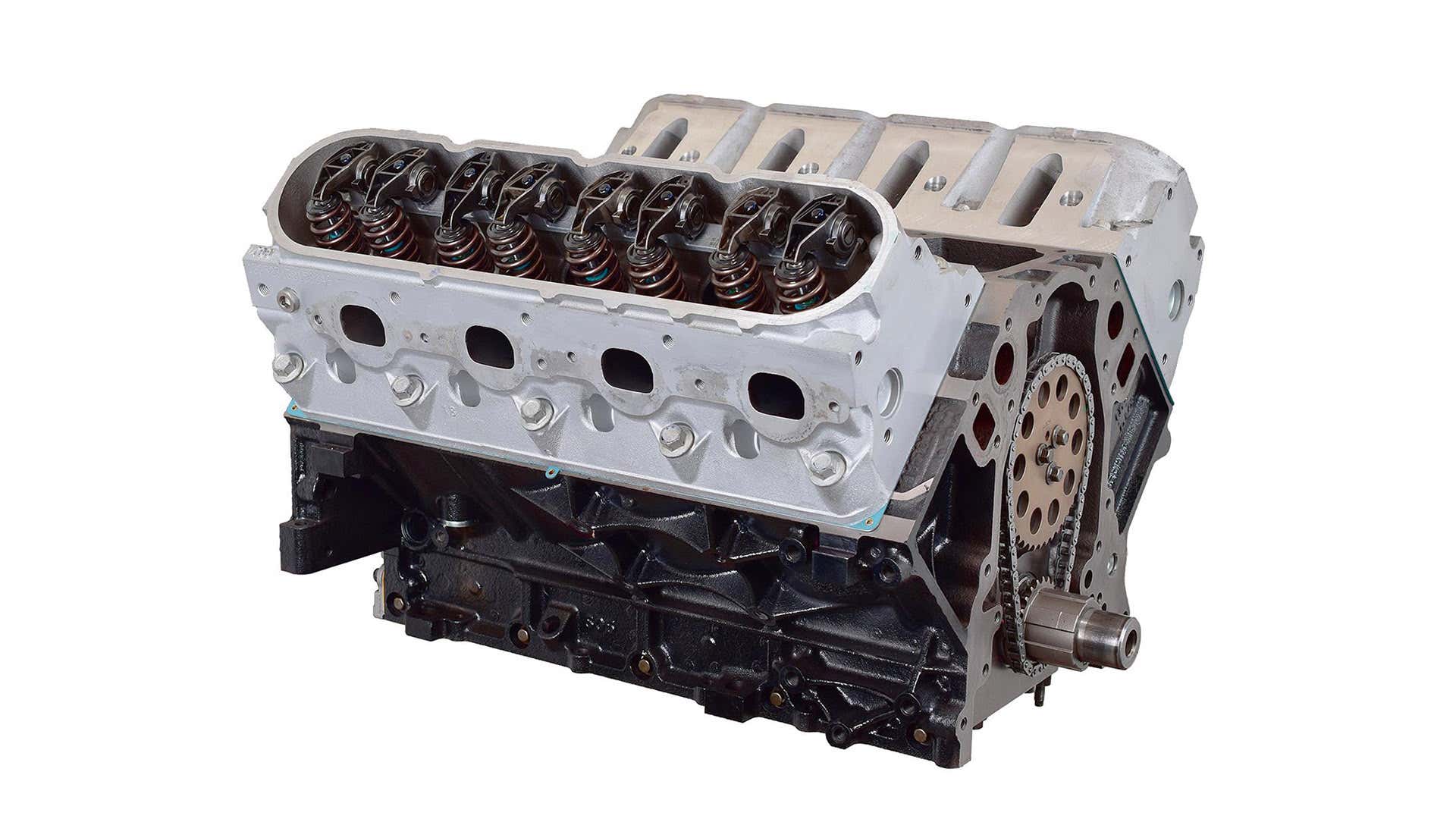 This is a Summit Racing 5.3-liter Chevy LS long block.

Most American manufacturers build and offer ready-to-rock crate engines designed to slot perfectly into your project car or rehab, but there are a multitude of others ready for your dream car. From Dodge to Porsche to Formula 1, along with a handful of aftermarket manufacturers, if you’re looking to buy and install a new crate motor, these links are great places to start.

Q: What Is The Difference Between a Crate Engine And a Remanufactured Engine?

A: A crate engine might have a reconditioned block, but everything else is new. A remanufactured engine, however, is a used engine that the company or manufacturer has restored to like-new condition. It’s been cleaned up, restored, tested, and stamped with approval. If you can afford it, it’s a better option than pulling your own used engine while staying away from the costs of all-new engines.

Q: Then How Much Does It Cost To Replace a Short Block?

A: You probably wouldn’t replace a short block, per say. You buy a short block as a replacement part for an engine on a project you’re working on. The price of a short block assembly will vary depending on the engine and car, but they generally start off in the $1,000-3,000 range for an average option.

Q: Is Replacing an Engine Easy?

A: If you have the correct space, the proper tools, a detailed service manual, and basic automotive knowledge, swapping an engine is a bit like cooking: Follow the directions exactly and you should be good. That said, consider this: How many people think cooking is easy?

Q: Is It Cheaper To Rebuild or Replace an Engine?

A: The answer to this question depends on numerous things.

A: The primary factors will be whether or not you do the work and whether or not you buy a used or new replacement engine. Rebuilding an engine is a complicated precision process that requires special tools and is typically left to the professionals, so it’s likely to be expensive. However, if you can find a decent used engine that you swap in yourself, you can keep costs relatively low. Either way, you’re going to be spending hundreds, if not thousands of dollars.