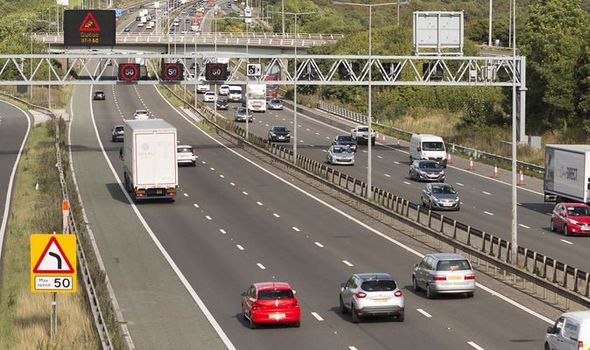 Motorists can be fined £100 and land three penalty points if they ignore a lane closure on a smart motorway.Smart motorways are going to become more prevalent in the UK and set to grow from 416-miles to 788-miles in operation by 2025. They will also be renamed to ‘digital roads’ in the future. Smart motorways can operate all lanes on a motorway, including what is or used to be the hard shoulder. These types of motorways have previously been thought to improve the safety of motorists as well as ease congestion.

Variable speed limits can be displayed on the gantries which are overhead which will help to ease the flow of traffic.

Lanes can also be closed on these motorways marked by a red X. If a red X is displayed overhead then the motorist must not travel in it.

If a driver is caught in a lane with a red X displayed overheard then they can land a £100 fine and three penalty points.

Previously drivers would’ve had to have been caught driving in a closed lane to be fined.

However, now permanent cameras which are live 24/7 can send motorists an instant fine.

Edmund King, AA president said: “Although it has taken far too long, this is a welcome measure to improve safety on motorways.

“Our research shows that one in 20 drivers continue to drive in red X lanes, even when they’ve seen it and, so far, Highways England have written warning letters to over 180,000 drivers about their actions.

“Red X’s are put up to warn of an obstruction, so drivers must get out of the lane when they see them. 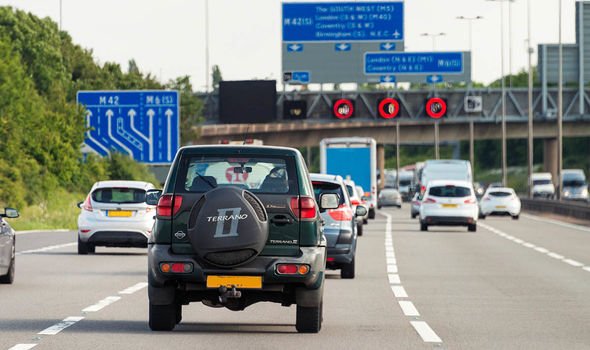 “We have had several incidents recently where AA members’ cars have been hit in a live lane on ‘smart’ motorways.”

Lanes may be closed to allow emergency services to get to an accident or incident much more quickly.

It could also be closed if there is debris on the road following a crash.

RAC spokesperson Simon Williams said: “Our research found drivers understand very clearly what red Xs mean, yet worryingly far too many appear to have driven under one, dramatically putting themselves at risk of encountering a stationary vehicle or a worker in their path, and all the horrific consequences that could have.”