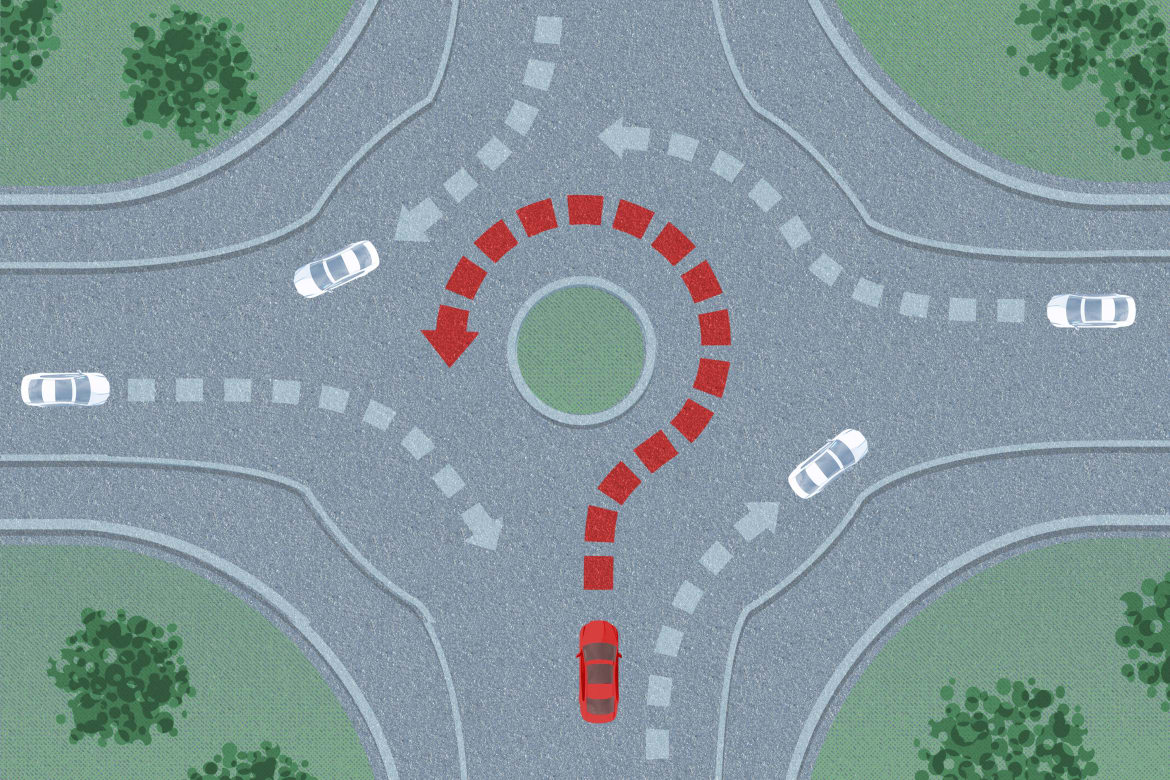 When it comes to drivers coming around to the idea of two-lane roundabouts, it’s all about the learning curve. That’s according to a new study by the Insurance Institute for Highway Safety showing that safety at this love-it-or-loathe-it traffic-control measure improves over time — it just takes some getting used to, that’s all.

Roundabouts have been shown to reduce injury from crashes by as much as 80 percent after being converted from an intersection regulated by traffic signals or stop signs. The two biggest reasons roundabouts work is that they force drivers to slow down to negotiate the curve, and they eliminate the most severe types of accidents that are all too common at conventional intersections: right-angle/left-turn crashes (or T-bone crashes) and head-on collisions. They’ve also been shown to dramatically cut down on rear-end collisions (as all traffic is moving in the same direction) and pedestrian conflicts.

However, two-lane roundabouts add another degree of complexity to the mix compared with the single-lane variety — and have even been shown to increase crashes due to elevated potential for conflict. But that’s only temporary. IIHS’ study of 98 single-lane and 29 double-lane roundabouts built in Washington state between 2009 and 2015 showed favorable improvement starting after the first year of construction, as motorists acclimate to the measure.

IIHS says the learning curve for roundabouts can be shortened with better design to help drivers get it right the first time.