A customized Polski Fiat 126p owned by Tom Hanks sold for $83,500 as part of a charity auction on Bring a Trailer. In 2017, Carlex Design personalized the car for the actor on behalf of the city of Bielsko-Biała, Poland. It was in response to a running joke Hanks had on social media (example below) where whenever he saw a 126, he posed with the vehicle and posted things like, “My new car.”

Hanks’ 126p features a pristine exterior, including an ultra-clean underbody. There are shiny chrome bumpers and painted wheels.

Things are more interesting on the inside. Carlex Design overhauled the cabin with light green leather with contrasting black strips. The buttons and switches have a silver flake finish so that they look more like typewriter keys because Hanks collects vintage typewriters. The gearshift knob features the symbol of the Bielsko-Biała, which is the original production location for the Polski Fiat 126p. 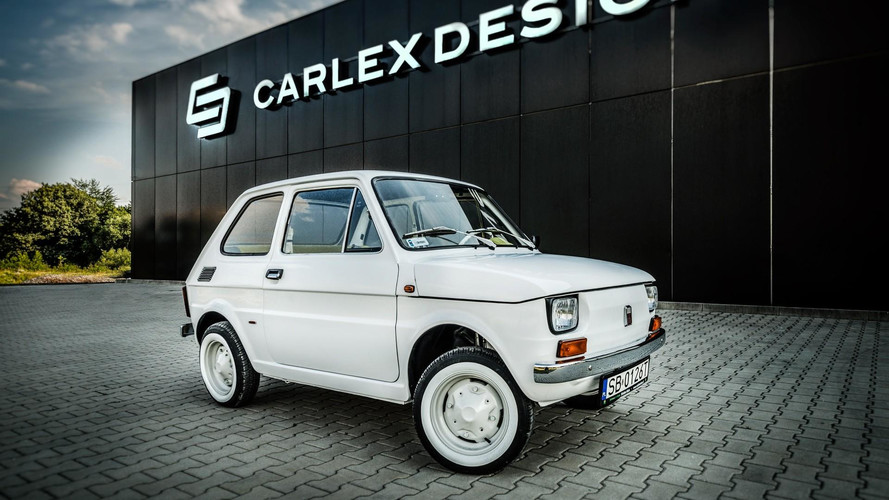 Below the speedometer, there’s the message “Bielsko-Biała for Tom Hanks.” On the center of the dashboard, there’s a metal plaque with a personalized note for Hanks. Also, Hanks signed the driver door panel inside the vehicle.

According to the auction listing, the 126p received a service in November 2021 that included a new battery and work on the fuel system, brakes, and axles. The sale also included a pair of custom driving gloves in a white and light green color scheme to match the car.

The car garnered 36 bids, and the auction proceeds benefitted the Hidden Heroes Campaign. The group provides support to the spouses, parents, and loved ones who care for wounded service members or veterans. Tom Hanks is the chairperson of the organization.

Last year, Hanks auctioned a few of his other vehicles. He got rid of a customized 1992 Airstream Model 34 Limited Excella that he had used during the filming of all of his movies from Sleepless in Seattle in 1993 to The Circle in 2017. It brought $235,200 including buyer’s premium.