The former Top Gear host claimed the model was “very sophisticated” but revealed he had not got on well with the car’s hydrogen fuel cell. Mr May has confirmed he intends to sell his Mirai and replace it with “something better”.

His biggest concern was a lack of hydrogen charging stations in the UK, claiming there are just 11 stationed across the UK.

This makes it almost impossible to regularly top up the model unless you live near one of the stations.

The majority of the pumps are positioned inside the M25 with only two for the entirety of Wales and one for Scotland.

Speaking to DriveTribe, he said although driving the model was “exciting”, trying to work out how to fill the car up made it an ”exercise in brinkmanship”. 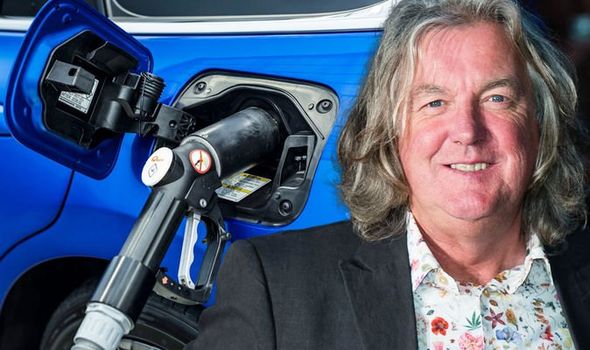 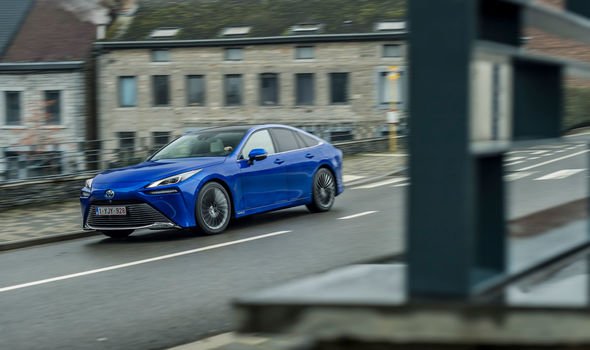 He said: “Driving the Mirai is an exercise in trepidation and extreme brinksmanship.

“But that’s sort of what makes it exciting.”

Hydrogen models have not taken off as quickly in the UK as battery-electric models.

The Toyota Mirai and the Hyundai Nexo are the only two hydrogen fuel cell vehicles available to purchase in the UK.

Running a hydrogen model is also more expensive than charging an electric vehicle which is unlikely to make the noodles popular among those switching to clean energy vehicles.

According to the RAC, hydrogen drivers will pay around £11.40 to cover a 62-mile distance.

In comparison, it will cost owners around £3 to charge an electric car to cover the same distance.

Upfront costs for hydrogen models are also higher with the Hyundai Nexo costing upwards of £68,000.

Electric models are starting to decrease in price with the affordable Renault Zoe available for around £50,000 cheaper with an £18,000 price tag.

There are also issues around knowledge with road users possibly not aware of hydrogen cars and what they can offer.

In a bid to educate drivers on what the new cars are and how they work, Mr May said hydrogen models were effectively “still an electric car”. 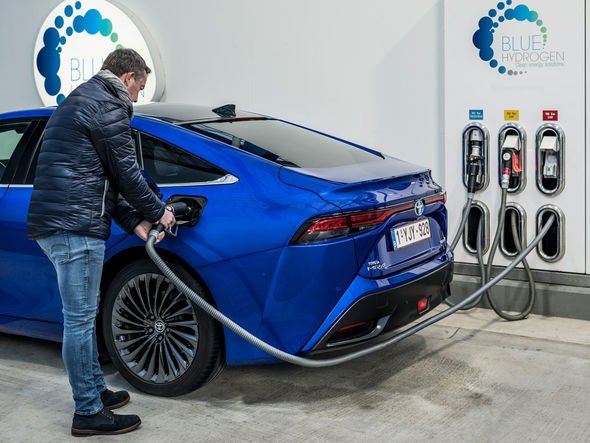 Speaking to DriveTribe, he said explained hydrogen models generate electricity “on demand” as motorists use their cars.

He said: “This is still an electric car, it’s still driven by an electric motor but instead of a battery it had a hydrogen fuel cell.

“It has a tank into which you pump pressurised hydrogen from a pump like petrol and diesel car and that hydrogen is combined with oxygen from the air in the fuel cell to generate electricity.

“It generates electricity on demand as you press the pedal for the electric motor and drives the car.”