Here’s something you don’t want to miss; the Season 5 Finale of the Toyota Gazoo Racing (TGR) Festival and Vios Challenge racing series. Not only will overall champions be crowned at the night race weekend, but 2,000 motorsport fans will also be treated to an exclusive rooftop festival. How’s that for a party?

The event will take place from 24 to September 25th 2022 at the Sepang International Circuit. While open to the public, the first 2,000 who register their attendance online will receive exclusive access to the circuit’s main paddock rooftop. Attendance is limited to 1,000 pax each on Saturday and Sunday.

To join the party, participants can also look out for a special contest posting on the Toyota Gazoo Racing Malaysia Facebook and Instagram platforms. Like and follow the pages and tag four friend who’d also been keen to join in the comment section of either platforms. Participants will also need to indicate whether they’re attending the race on Saturday or Sunday. 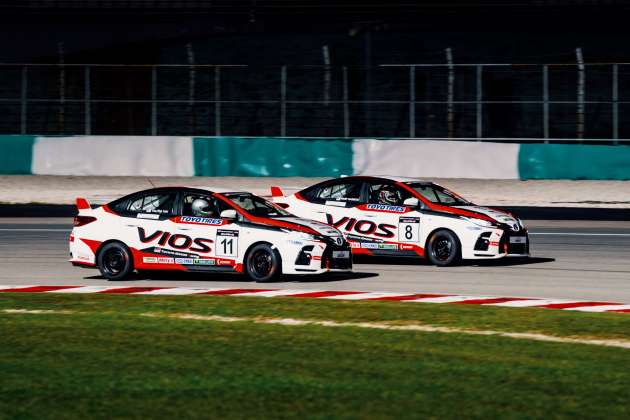 On the tarmac, aside from track day sessions for Toyota owners club members, it’s down to the wire in all four categories of the TGR race series. In Promotional Class, the battle will be between actors Shukri Yahaya (defending champion) and Zizan Razak who is leading the pack with two victories. Rookie Class will see simulator racers Nabil Azlan and Muhammad Hamdany Abdul Hamid fighting for the crown. The former has two race wins to his name while the latter has been the only driver to feature consistently on the winner’s podium. 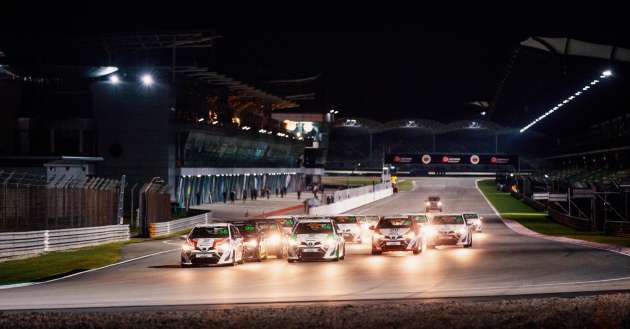 In the Sporting Class, Naquib Azlan of Axle Motorsports could win his second consecutive overall title after winning last year’s Rookie Class championship. Naquib’s three-race win advantage will be under threat if he doesn’t score any points over the weekend, with Crestmax Motorsport’s Bradley Benedict and 23 Motors’ Abdul Miqail in close pursuit.

Things are a lot more tense in Super Sporting Class as four drivers will be in contention for top spot. The four include Tengku Djan Ley Tengku Mahaleel of Prima Pearl TD Racing, Mark Darwin and Eddie Liew of Laser Motor Racing, and Freddie Ang of Telagamas Toyota.

The champions of the Super Sporting Class and Sporting Class will walk home with RM70,000 and RM50,000 cash prizes respectively. In total, more than RM500,000 worth of cash prizes will be given out to the category winners of the Vios Challenge, making it the most lucrative motorsports event in Malaysia in the last five years. 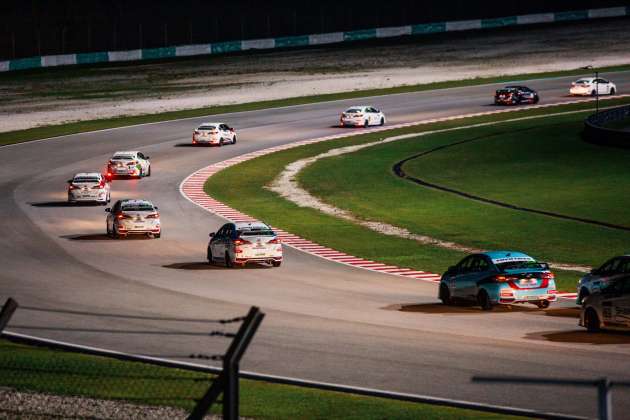 The Vios Challenge has been responsible for developing the local talent in Malaysia with the Gazoo Young Talent Development Programme. The platform provides those aged between 14 to 20 years old an avenue to transition from karting or simulator racing to saloon car racing.

For those who want to participate in the Gazoo Racing Dream Team TGR Fantasy game, sign up online and create your TGR Dream Team of racers. Participants would need to select three drivers from each of the four categories of the race series. Points are won or lost based on the real racing results throughout the three rounds of Season 5. The participant with the most points stands to win attractive prizes. Sign up from 9th September till 24th September.