Growing sales of plug-in electric cars have finally been reflected in the US production stats, although non-rechargeable hybrids are still noticeably ahead.

According to the Department of Energy (DOE)’s Vehicle Technologies Office, xEVs (BEVs, PHEVs, HEVs) car production noticeably increased in recent years, especially in 2021 when the xEV share nearly doubled year-over-year to roughly 14% or so.

It’s interesting that diesel also improved its position, while gasoline car production is decreasing. The hydrogen fuel cell vehicles were not included in the chart, as their share is basically zero.

Conventional hybrids (HEVs) noted an 8.9% share last year, which is about two times more than all-electric and plug-in hybrids counted together. The first mainstream hybrids entered the US market in the 2020 model year. In the case of BEV/PHEV it was the 2011 model year (Nissan LEAF and Chevrolet Volt in December 2010), although of course, some EVs were available earlier.

Light-Duty Vehicle Production by Technology, MY 200-2021 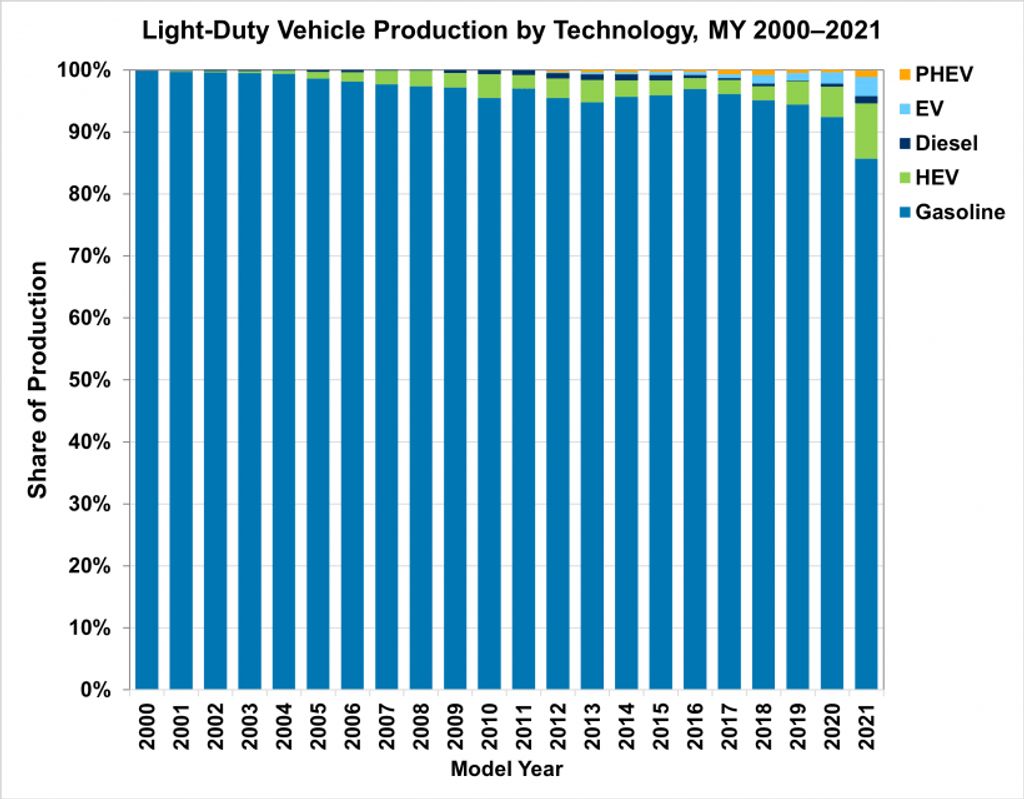