The new vehicle offers zero local emissions, with three battery size options each achieving considerable mileage on electric power. The basic variant will be kitted with a 45kWh battery with a range of just over 200 miles while running on electric. Volkswagen claims their slightly larger 58kWh version can run for up to 260 miles, with the premium 77kWh battery offering a 341 mile range based on WLTP estimates. The brand claim the cars fast charging capabilities will see the vehicle charged for a 180 mile journey within just 30 minutes.

ID.3’s batteries are located in the underbody of the chassis which the company say will aid driving experience by moving the centre of gravity lower.

Speaking at the car’s launch at the Frankfurt Motor Show, Volkswagen’s Frank Welsch said: “With the ID.3 you can match your needs to one of three different battery variants, offering a range between 330 and 550km, measured realistically by the WLTP cycle.”

The five seater’s long wheelbase and short overhangs offer lots of space. A ten-inch touch display system provides key information with a new LED light providing navigation support for those at the wheel.

Touch capabilities operate all controls except for the electric windows and hazard warning lights, with a voice control system in place which can be connected to a smartphone within seconds. 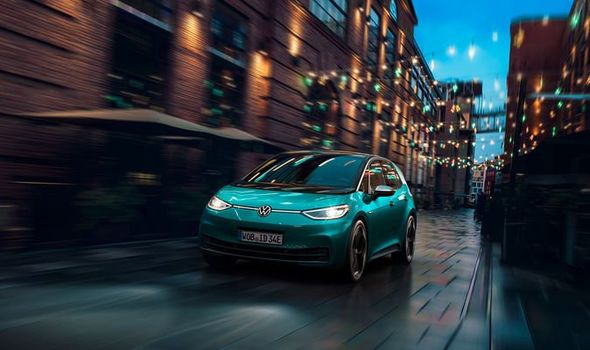 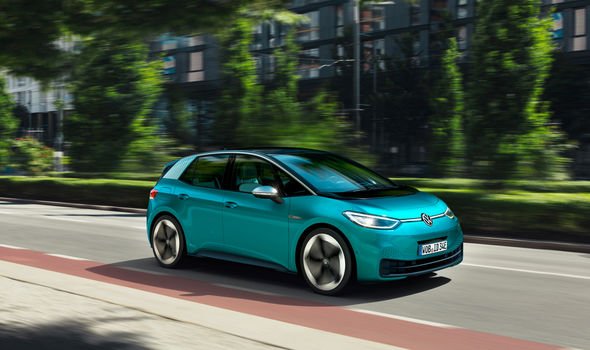 With the basic variant coming onto the UK market at under £27,000, it is set to become one of the first genuinely affordable electric vehicles on offer.

The claims mean the new ID.3 could go for a further seven miles than Tesla’s cheapest Model 3, but will then importantly hit the market at £10,000 less in a massive PR boost for the German brand.

The new car is set to hit Europe by the middle of next year and is the latest in the brands approach to sell two to three million cars a year by 2025.

Volkswagen’s Silke Bagschik said: “The ID.3 is an all-rounder that is suitable for everyday use. It is compact, as such offering the manoeuvrability of a small car with the interior space of a mid-range vehicle.

“It combines exciting design with innovative technology and significant range.” 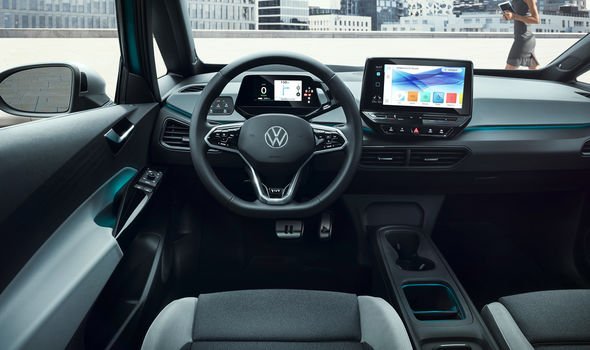 The car is the first for the brand’s new ID collection, their range of all-electric battery powered vehicles.

The car was launched at this week’s Frankfurt Motor Show, where the marquee also lifted the covers on another of their upcoming electric models.

Volkswagen’s e-up boasts an even cheaper entry price of just £23,000, with a boosted battery capacity to extend the compact car’s range to 162 miles.

They claim the new battery pack can recover an 80 percent charge in just one hour, with a top speed of 81mph.

The world premieres are part of a resurgence for the disgraced brand after 2015’s diesel emissions scandal.

Volkswagen also revealed its new logo and brand design, promising their future would be electric and fully connected.