The Volkswagen Group will be launching the Scout brand with a fully electric pick-up truck and SUV destined for the United States market, the automaker has confirmed.

According to Volkswagen, the Scout brand “will be built upon a new technical platform concept which brings new pick-up and [rugged SUV] credibility beyond the existing Volkswagen Group portfolio,” it said in its statement. The commissioning of a new platform means that the existing MEB modular architecture for Volkswagen’s battery electric models will not be used.

This should also be distinct from the brand’s existing pick-up truck nameplate, the Amarok, which is due to be an all-new iteration set for debut later this year. 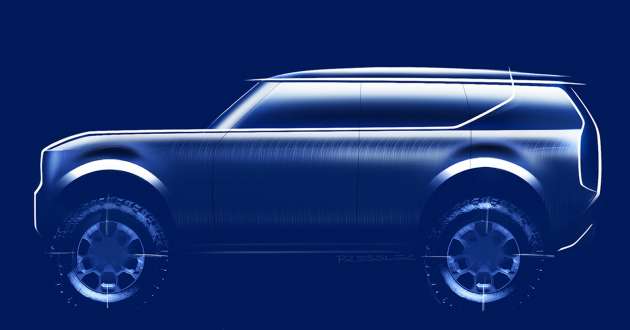 The Scout range will be comprised of an SUV and pick-up truck, and the latter will also be technically distinct from the ICE-powered Amarok (2nd row), which will be introduced later this year as a 2023 model

The Scout brand will be established later this year, and will stand on its own from the main Volkswagen brand. “The company we will establish this year will be a separate unit and brand within the Volkswagen Group to be managed independently. This aligns with the new Group steering model; small units that [are agile] and have access to our tech platforms to leverage synergies,” said Volkswagen CFO Arno Antlitz.

In terms of clean-sheet design, American-market fully-electric SUVs and pick-up trucks, the upcoming Scout SUV and pick-up truck could be compared to the Rivian R1T and R1S pick-up and SUV duo, which were revealed late in 2020 with a quad-motor powertrain with a Launch Edition specification of 754 hp and 1,120 Nm of torque, fed by a 135 kWh lithium-ion battery providing around 483 km of range.

After Volkswagen’s successful turnaround in the United States, we are now taking the opportunity to further strengthen our position in one of the most significant growth markets for EVs. Electrification provides a historic opportunity to enter the highly attractive pick-up and [rugged] SUV segment as a group, underscoring our ambition to become a relevant player in the US market,” said Volkswagen CEO Herbert Diess.