VW apprentices are at it again – this time working on a GTI hatch and an R wagon.

Volkswagen had an important debut at the 2018 Wörthersee where it brought the high-powered Golf GTI TCR concept that went on to become a production model a few months ago. A year before, the up! GTI concept premiered at the event, and that one too went on to become a road-going car available at a VW dealer across Europe. This year? It looks like VW isn’t planning any debuts, but the company’s apprentices will be there to showcase two one-offs, one more desirable than the other.

Built by a Wolfsburg team of apprentices, the Golf GTI Aurora dials the hot hatch up a notch with an upgraded 2.0-liter gasoline engine producing a whopping 380 horsepower (279 kilowatts) channeled to the front axle through a seven-speed DSG. The one-off car is painted in an Audi-esque Nardo Gray combined with a black finish at the back and spruced up with Mint Green accents. Interestingly, the newly gained body kit was actually painted by hand.

Aside from the new look and the beefier TSI engine, the Golf GTI Aurora has a powerful 3,500-watt sound system as you’d expect from a car attending Wörthersee. Images of the interior are not available at this point, but VW says the apprentices removed the rear bench and modified the center console to accommodate new screens showing engine and car data. In addition, a tablet on the passenger side provides access to this info and the sound system.

The other car is a forbidden fruit for those of you reading Motor1.com from the United States. We’re talking about the Golf R Estate that has been around in Europe for many years. This is no ordinary version of the high-powered, all-wheel-drive wagon as apprentices from VW Saxony pushed the engine’s output to 400 HP (295 kW) to match the Golf R400 that never was. This one too has a seven-speed DSG, but linked to an AWD system.

It goes by the full name of VW Golf Estate R 4MOTION FighteR and is 6 centimeters (2.36 inches) wider than the standard model thanks to a more aggressive body kit. It has extra lights on the roof where they’ve also fitted a 360-degree camera that was put to good use in a hot lap around the Sachsenring track.

This Is What VW USA Had At Southern Wörthersee: 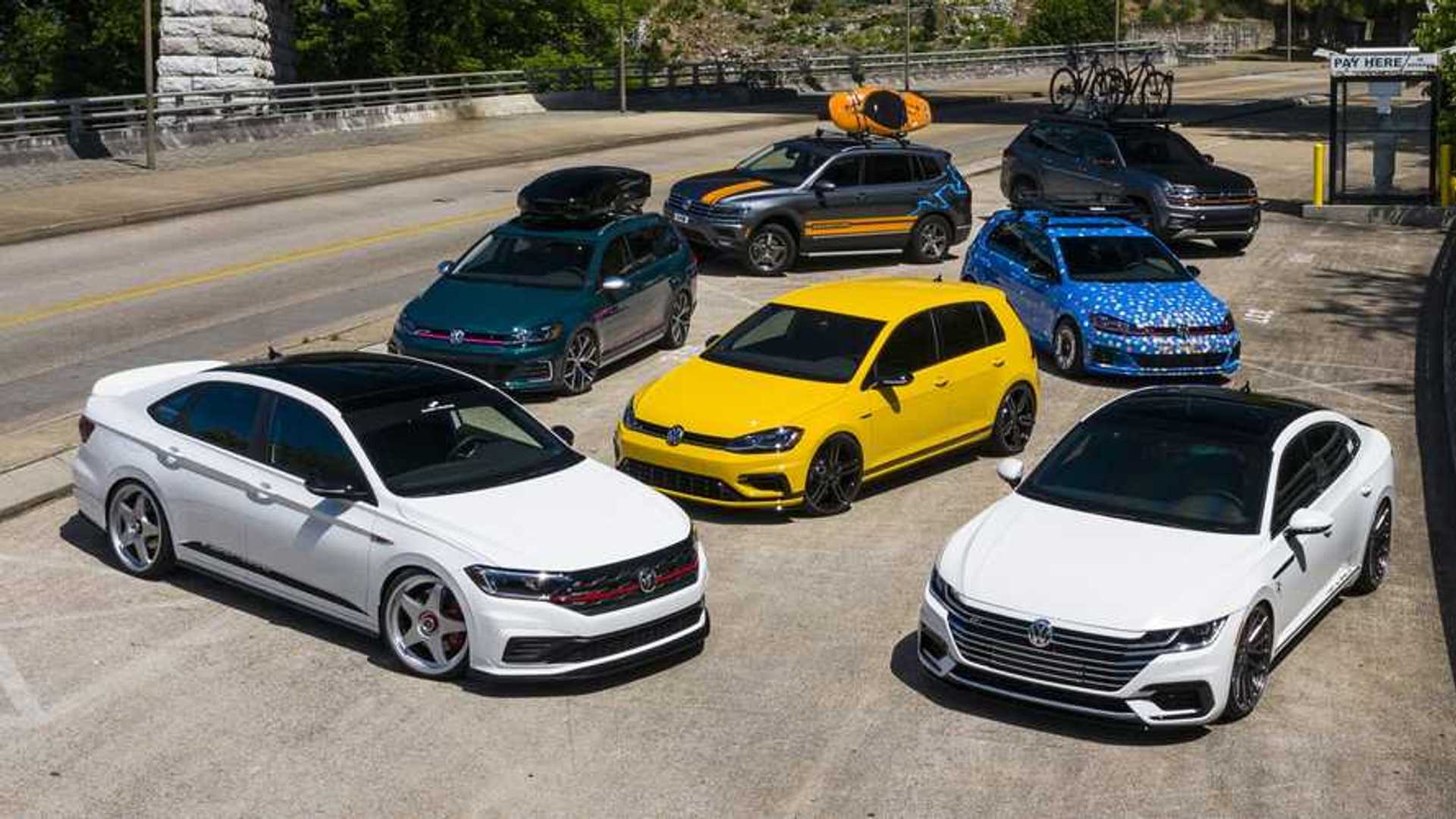 The speedy wagon also uses a Nardo Gray paint, but combined with Crystal Silver along with Piano Black and Misano Red accents. Rounding off the changes on the outside are the strobe lights mounted in the grille, while on the inside there’s a full leather look with Alcantara even inside the cargo area. Of course, a custom sound system has also been fitted.

The 38th GTI gathering in the lakeside town of Reifnitz in Austria starts off today.