It will debut later this year.

The world of automotive spy photography is interesting, to say the least. Consider these photos showing the slightly rounded coupe-ish version of the Volkswagen ID.4, known presently as the ID.5. This prototype is caught in bright daylight at a commonly known testing area, giving us a great look at the upcoming electric crossover. But that’s not necessarily the interesting part.

As with previous ID.5 sightings, the test vehicle carries only minor camouflage. The bulk is seen at the front, where VW attempts to mimic the Opel Grandland X with its chosen coverings on the fascia. If that’s not enough, the grille camouflage is somewhat reminiscent of Kia. Meanwhile, the sides and sloping roofline are uncovered, where we see the clear resemblance to the already revealed ID.4 on which this vehicle is based. Furthermore, the round VW badge on the rear hatch is easy to see. 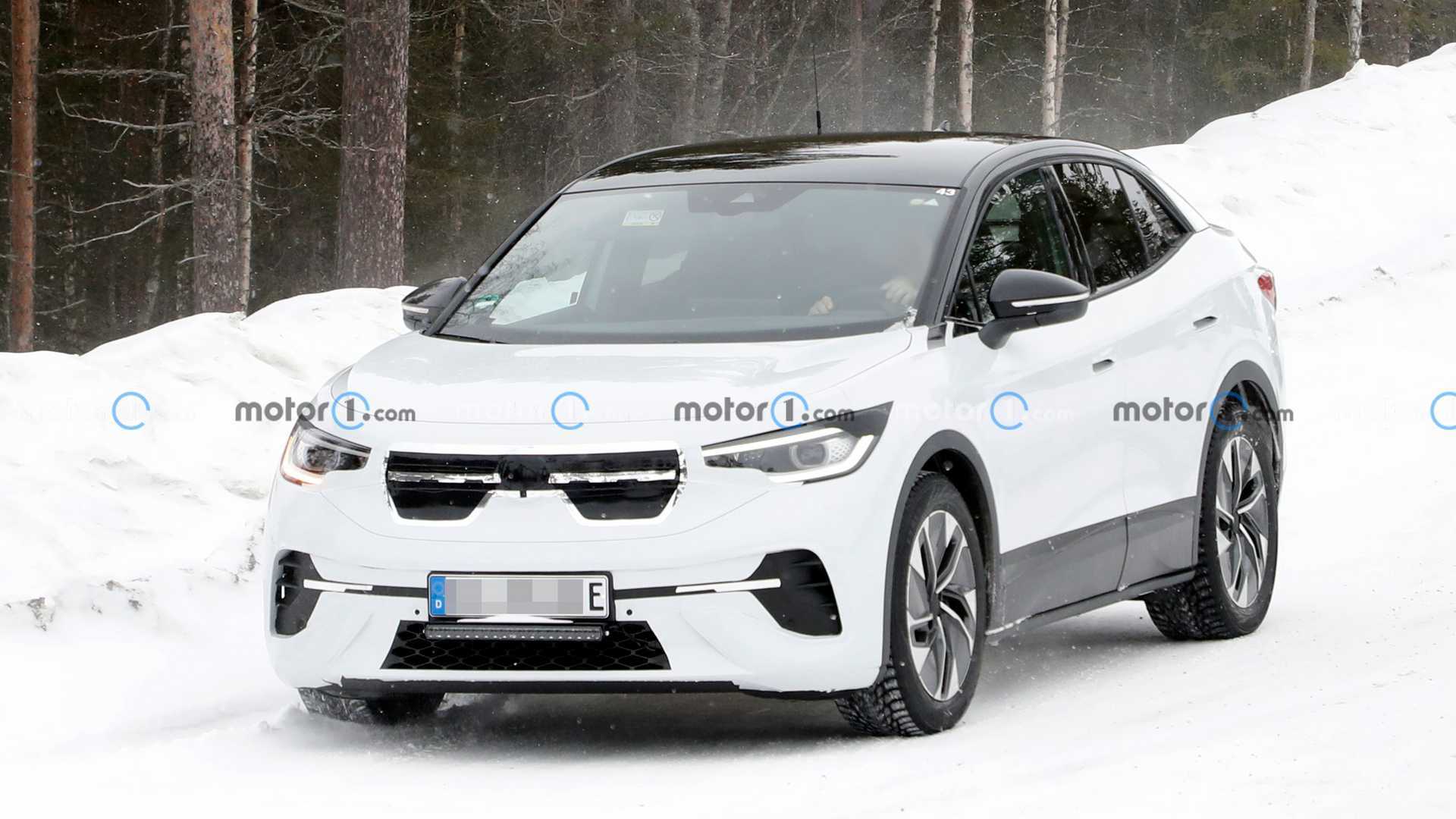 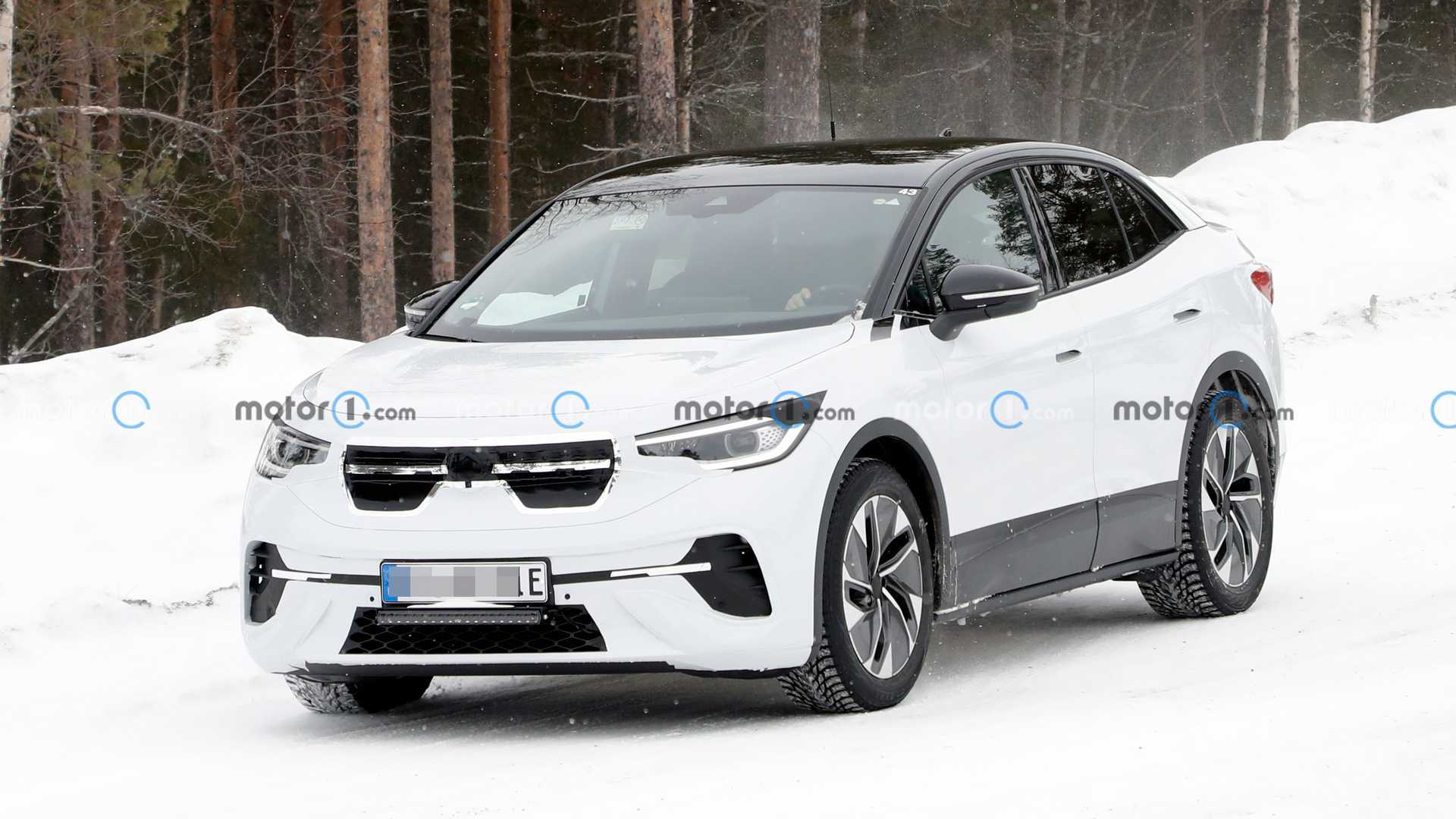 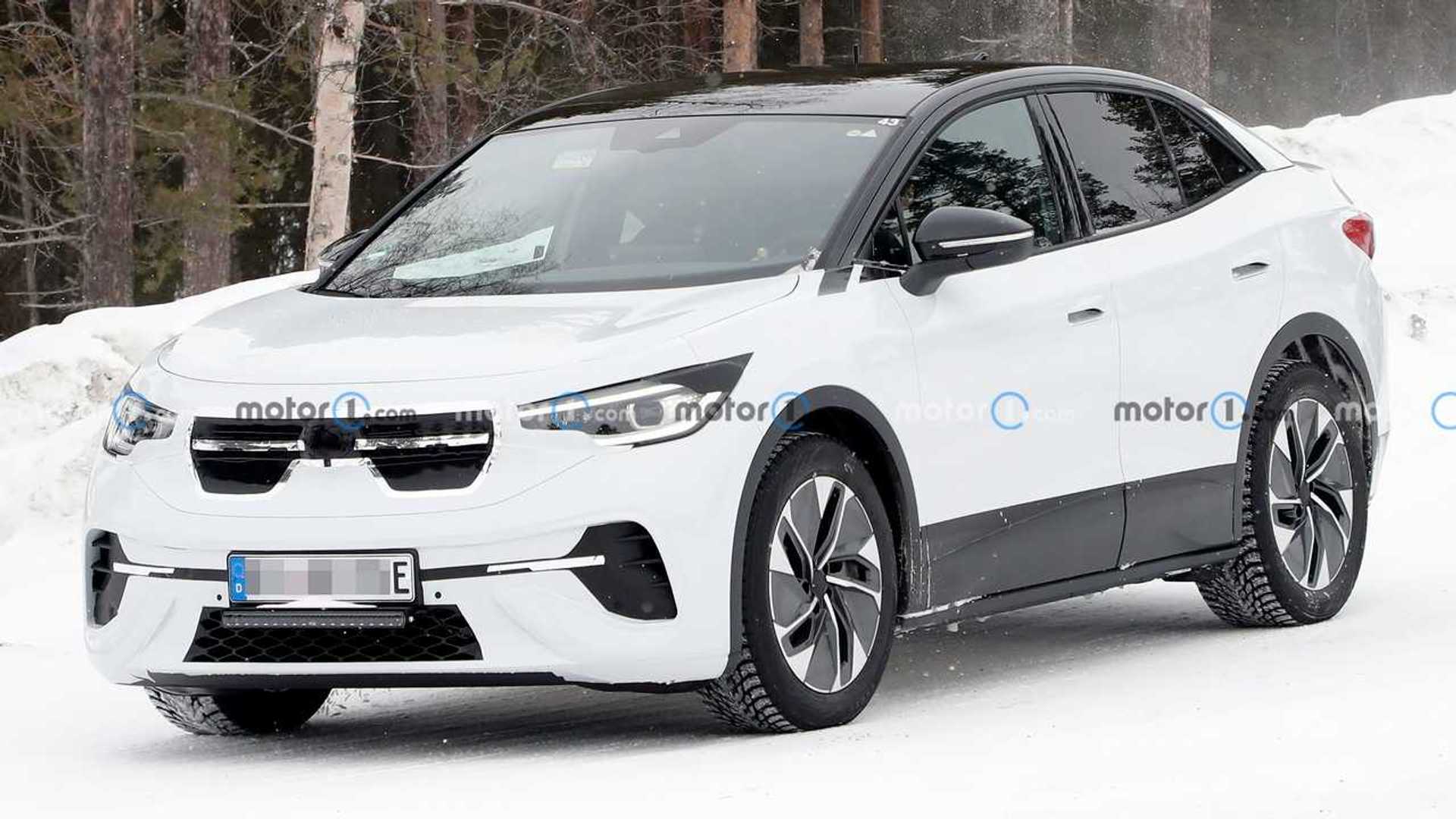 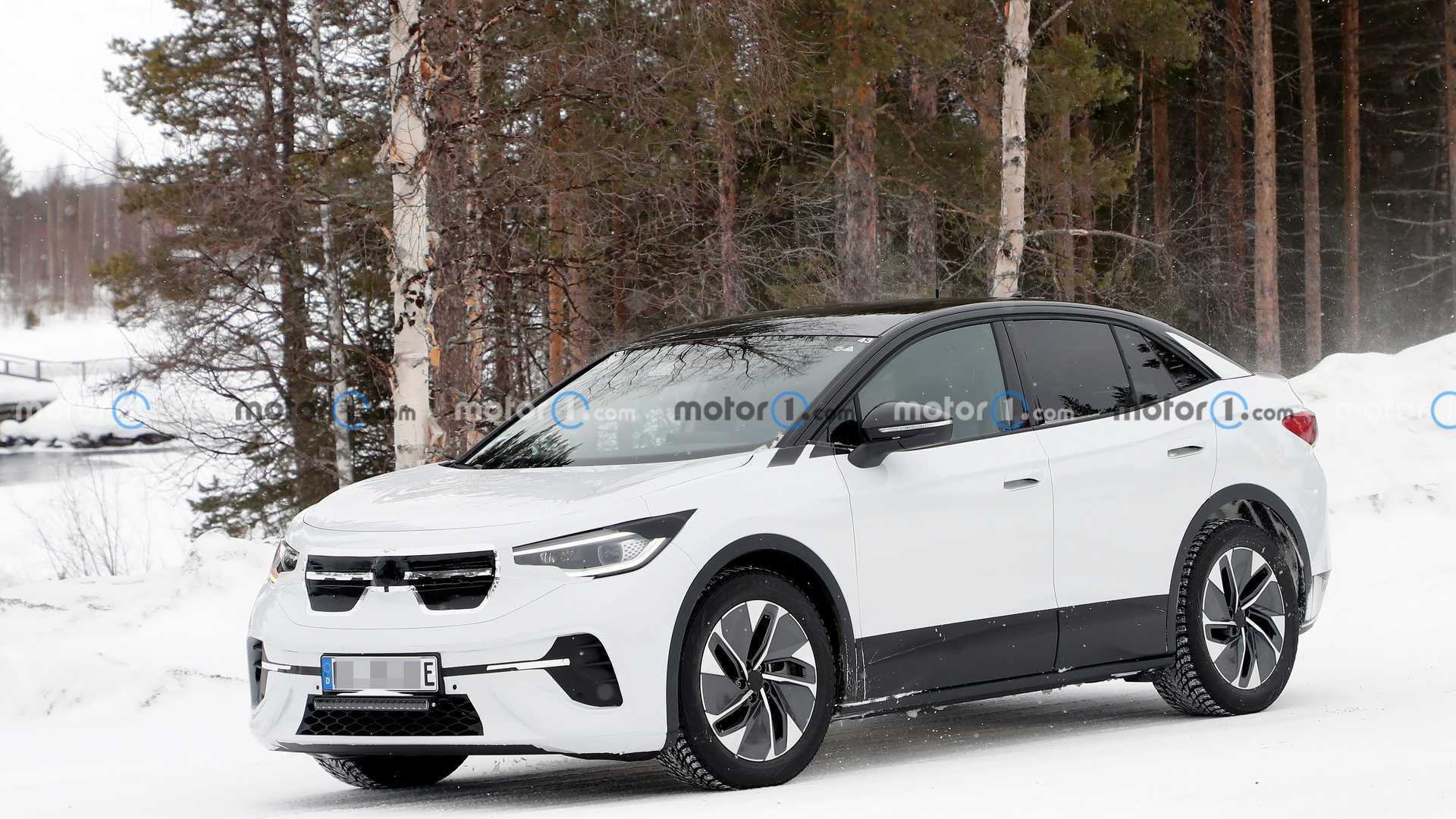 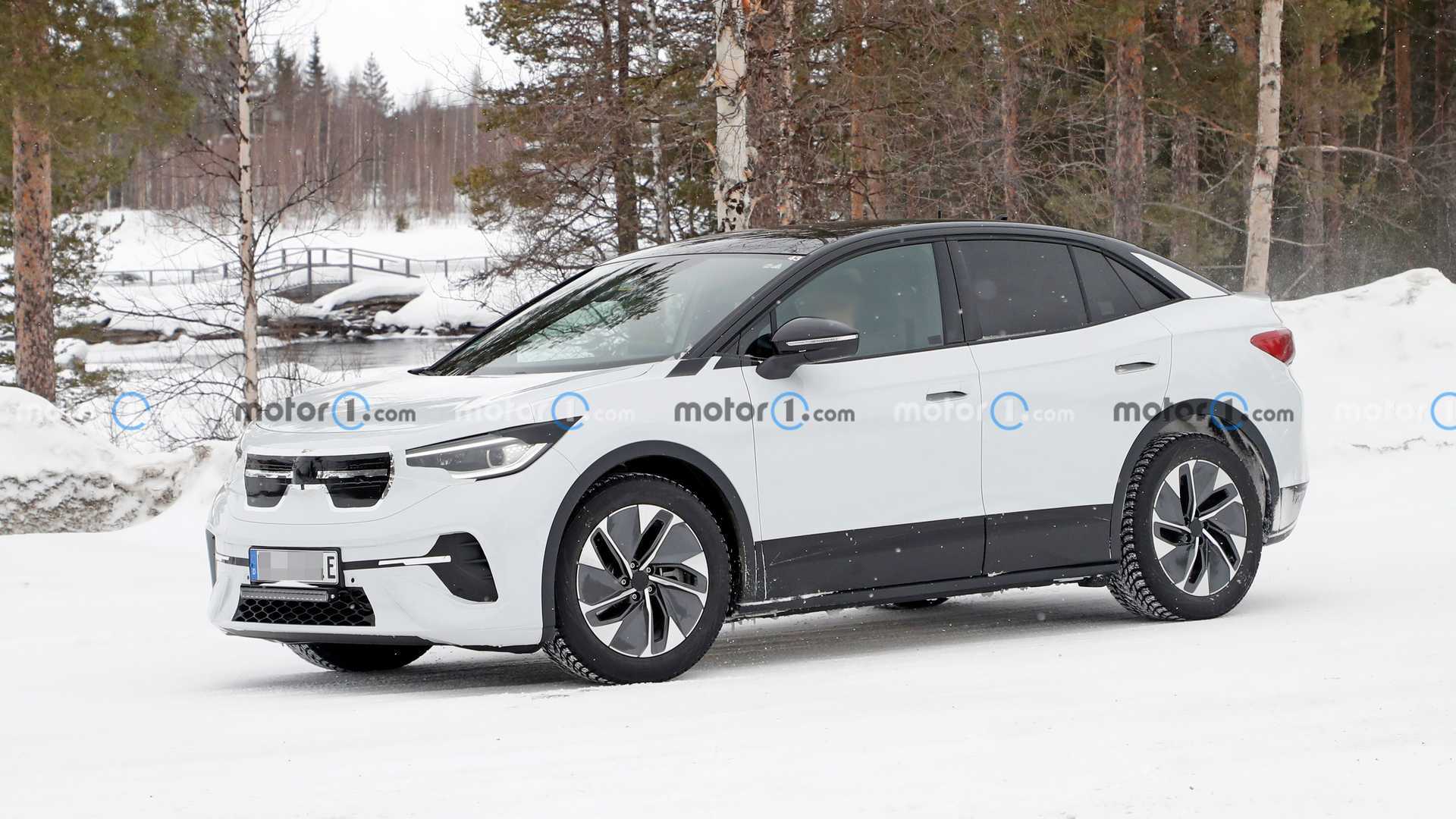 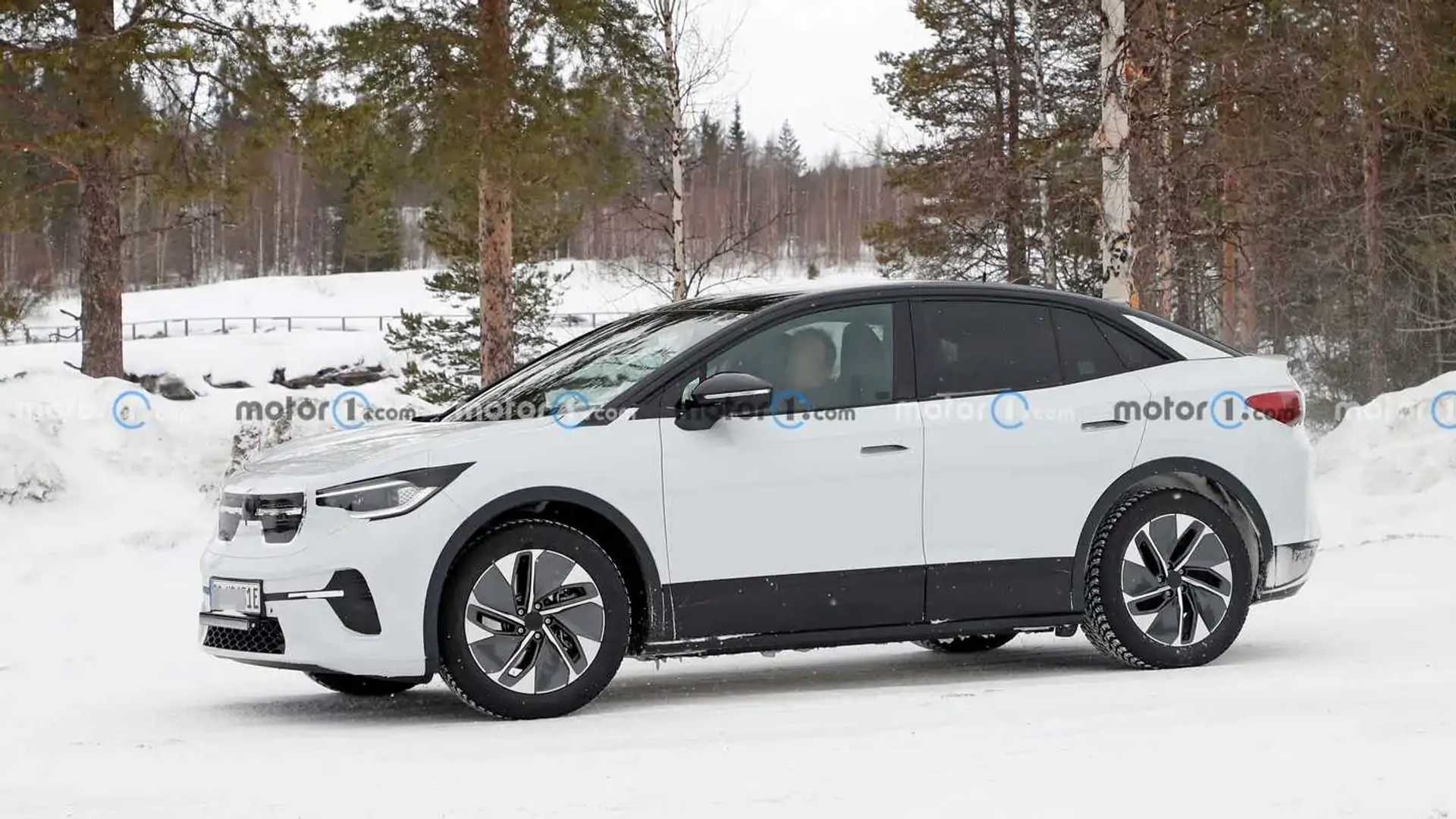 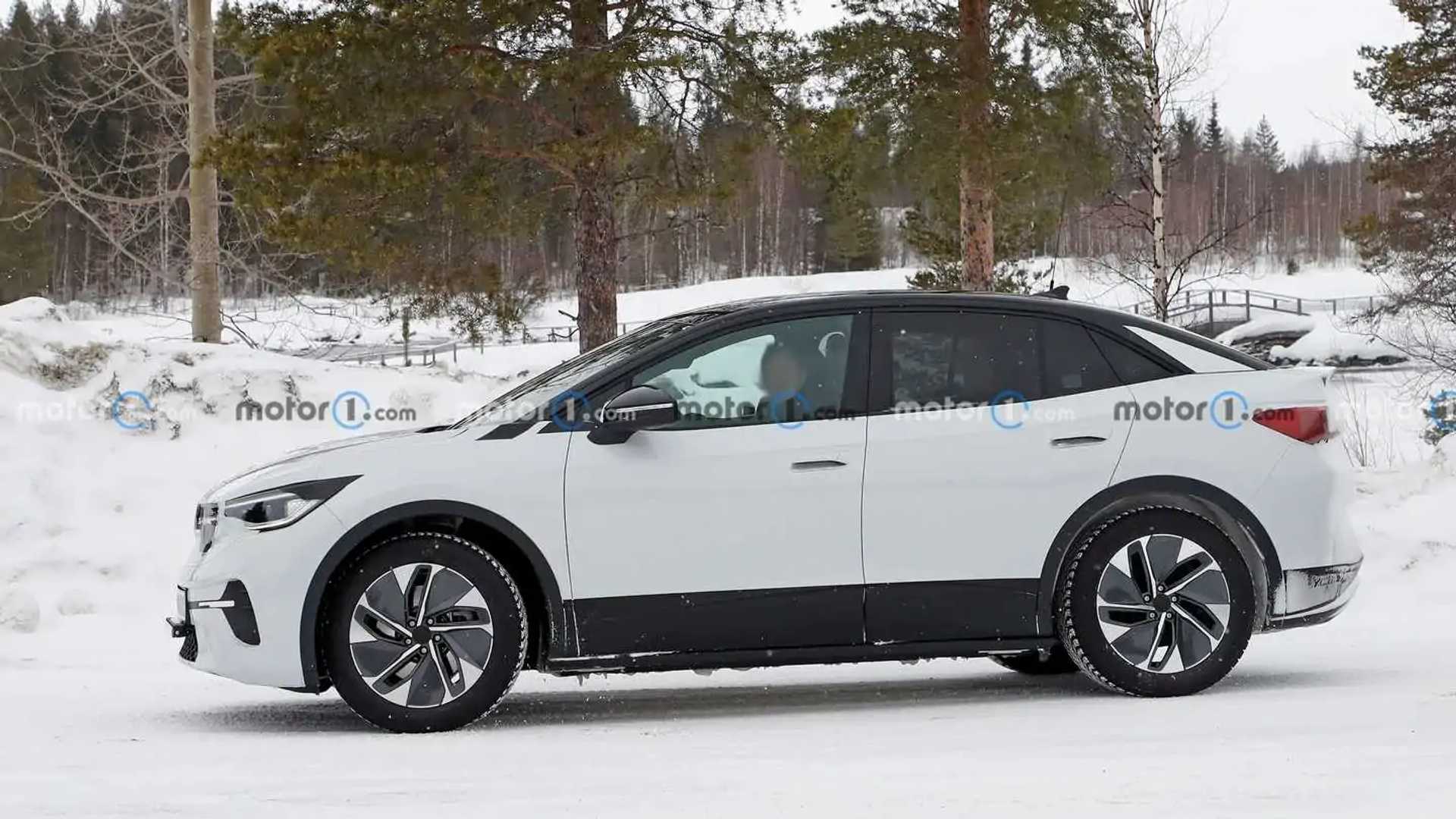 In this particular instance, the prototype was running with a fleet of other Volkswagens, and a blue T-Roc quickly pulls alongside to shield the prototype from the camera. The attempted secrecy seems hilarious considering Volkswagen is driving a prototype with very little camouflage in public. In any case, it’s not like the ID.5 hasn’t been seen before, and the attempted T-Roc screen maneuver came too little too late. At least the driver didn’t flip a middle finger to the camera, as we saw recently with a Ford driver behind the wheel of a camo-wrapped Mustang test mule.

In reality, there isn’t much left for VW to hide on the ID.5. It will be a sportier version of the ID.4, utilizing the same electric powertrain that includes a single-motor setup at launch, with a dual-motor option coming later. The ID.5’s couple-like roofline is the big difference, though with camo on the front we wonder if the ID.5 could differentiate itself further with some minor facial tweaks.

At the very latest, that question will be answered in the second half of this year. That’s when we expect VW to fully reveal its newest road-going EV for the European market.