The most persistent question automotive journalists are asked is, “Will this car last?” It’s a loaded question, as it’s often asked about the person’s already purchased ride and there’s no easy way to tell them they’ve bought a basketcase. Bubbles must be burst if we’re ever to learn, though.

There was a time when cars would go from the factory floor to the junkyard before they hit 100,000 miles, but those days are long gone. Most of today’s vehicles are manufactured to reliably rollover 200,000 miles with the right maintenance and care. Most, not all. With so many available offerings, it can be difficult to determine which will see your odometer’s tenure well into six-digit territory.

Luckily, you have The Drive’s crack informational team behind you with the research and knowledge that comes from covering the industry for decades. So, to better ensure your next car purchase will last and last and last and last, here’s our ultimate guide to which cars last the longest. 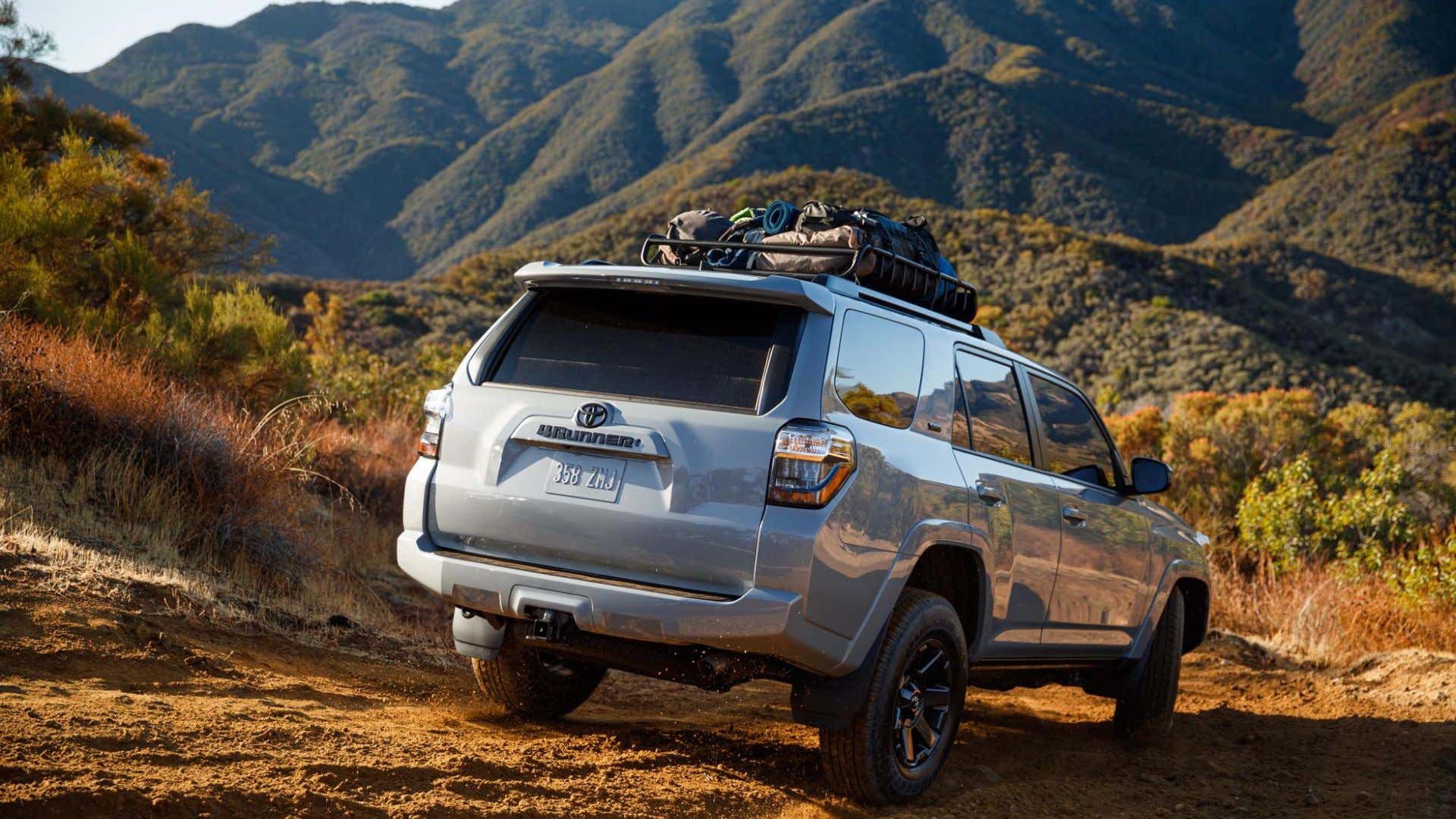 What Makes a Reliable Brand?

Reliability depends on a host of variables, but the two biggest structural supports are the development and manufacturing of a vehicle. When auto manufacturers spend the time and money developing a car and its manufacturing line, a car tends to last longer. Hastily designed, poorly manufactured, and cheaply constructed materials will all reduce a car’s longevity and reliability.

There’s also a work ethic variable that cannot be ignored. Honda and Toyota’s cultures of reliability-over-all embody that ethic and have thus kept each’s legendary reliability in the minds of consumers for decades. Lexus spent 15 years creating the perfect paint, for goodness’ sake. Add longer-than-normal warranties and good customer service, and it’s easy to see why these Japanese companies have enjoyed their strong standings for so long.

Yet, once a car leaves the dealership lot, outside factors impact a car’s durability.

What Impacts a Car’s Longevity?

Short answer, you. The longer answer is a car’s reliability and longevity are inextricably tied to how you take care of your vehicle, your maintenance schedule (if you have one), your conservative or brash driving habits, and whether or not you live in climates where extreme weather could affect the car’s construction.

Preemptive maintenance like regular oil changes, fluid flushes, tire rotation, and fuel system cleaners, along with keeping the exterior and underside of your car clean, will all increase the life expectancy of your car. Keeping it out of the harsh desert or tropical sun, as well as away from the rust-inducing salted roadways of winter, will also extend its life.

And lastly, keeping the Mario Andretti driving antics to a minimum will keep your brakes, engine, tires, and chassis under-stressed and happy for far longer compared to hitting every trip to the grocery store like it’s the Indy 500.

The Longest-Lasting Vehicles as of 2020

Diving into the data provided by an iSeeCars study on longest-lasting cars, which uses years of sales data across segment lines and looks for cars lasting longer than 150,000 miles, we’ve compiled a list of the longest-lasting vehicles available. 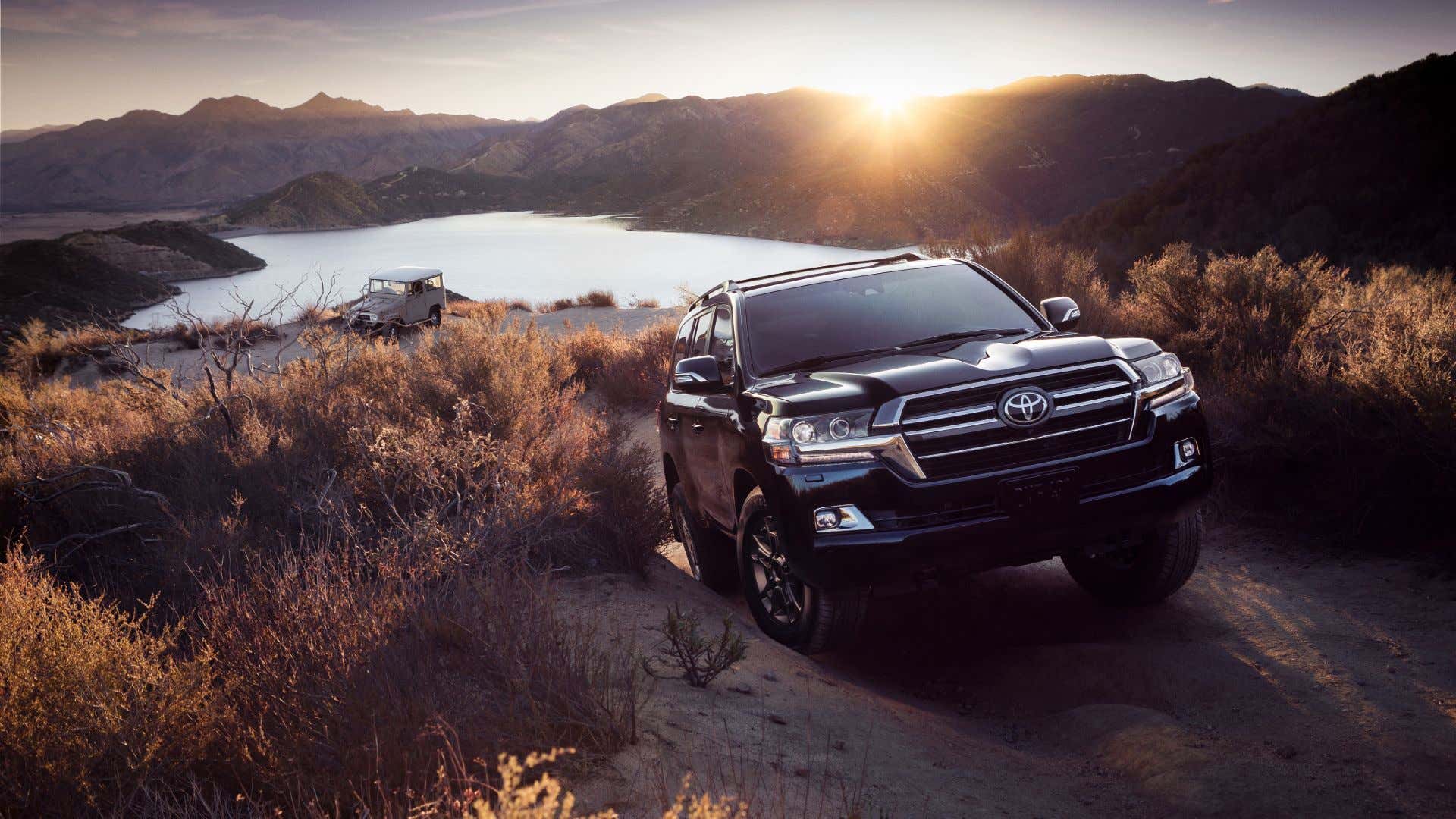 A 2020 Toyota Land Cruiser hides from its predecessor. Just kidding.

Toyota’s resolute Land Cruiser takes the top spot, and its legendary status has made it a must-have for armies and peacekeeping forces around the world. Toyota also engineers it to have a 25-year service life.

The full-size Sequoia SUV is an older model, but its capability hasn’t diminished during its long-in-the-tooth life.

Ford’s Expedition has retained a loyal following that continues to maintain the fleet.

Like the Ford Expedition, the Chevrolet Suburban is a large SUV that remains a reliable workhorse, in part due to its relative simplicity.

Toyota takes the final spot after dominating the list with its Highlander, which similar to the Sequoia, has the brand’s legendary reliability. 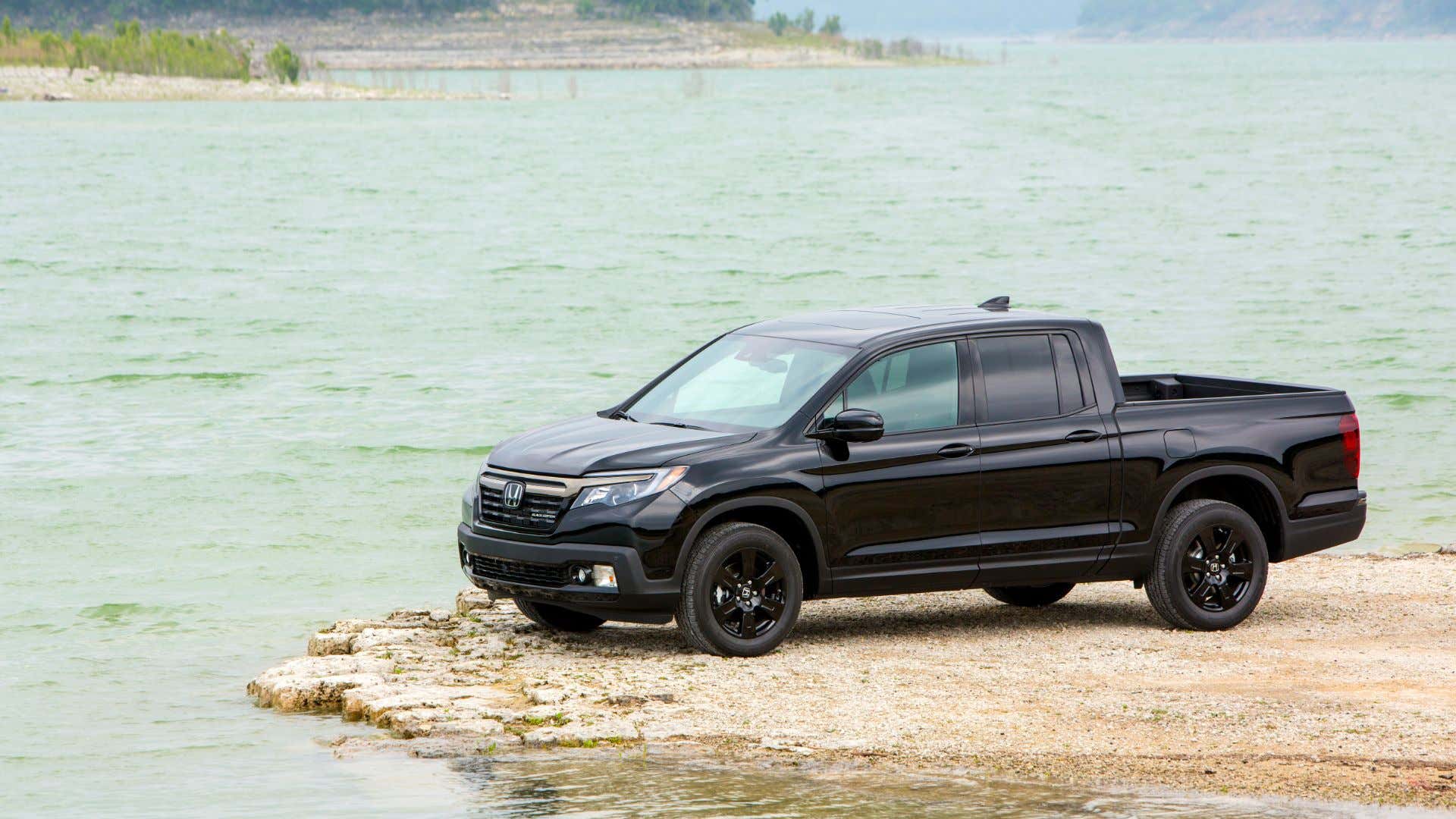 A 2020 Honda Ridgeline parked near a lake, ready for adventure.

Honda’s Ridgeline blends reliability with a workhorse ethic to hold status as one of the most dependable trucks around.

Simplicity is the Toyota Tundra’s reason for being on this list. Without the need for fanfare or complex driving aids, the Tundra is a hugely reliable companion.

Like the Tacoma, the Toyota Tundra has been developed with strong bones, lasting equipment, and straight-forward proven powertrains.

Though outsold by Ford’s F-150 by a great number, the Chevrolet Silverado displayed greater reliability and longevity according to the report.

The best-selling vehicle in the U.S. rounds out the list. Because of the availability of parts, the F-150  can easily cross into the 200,000-mile club. 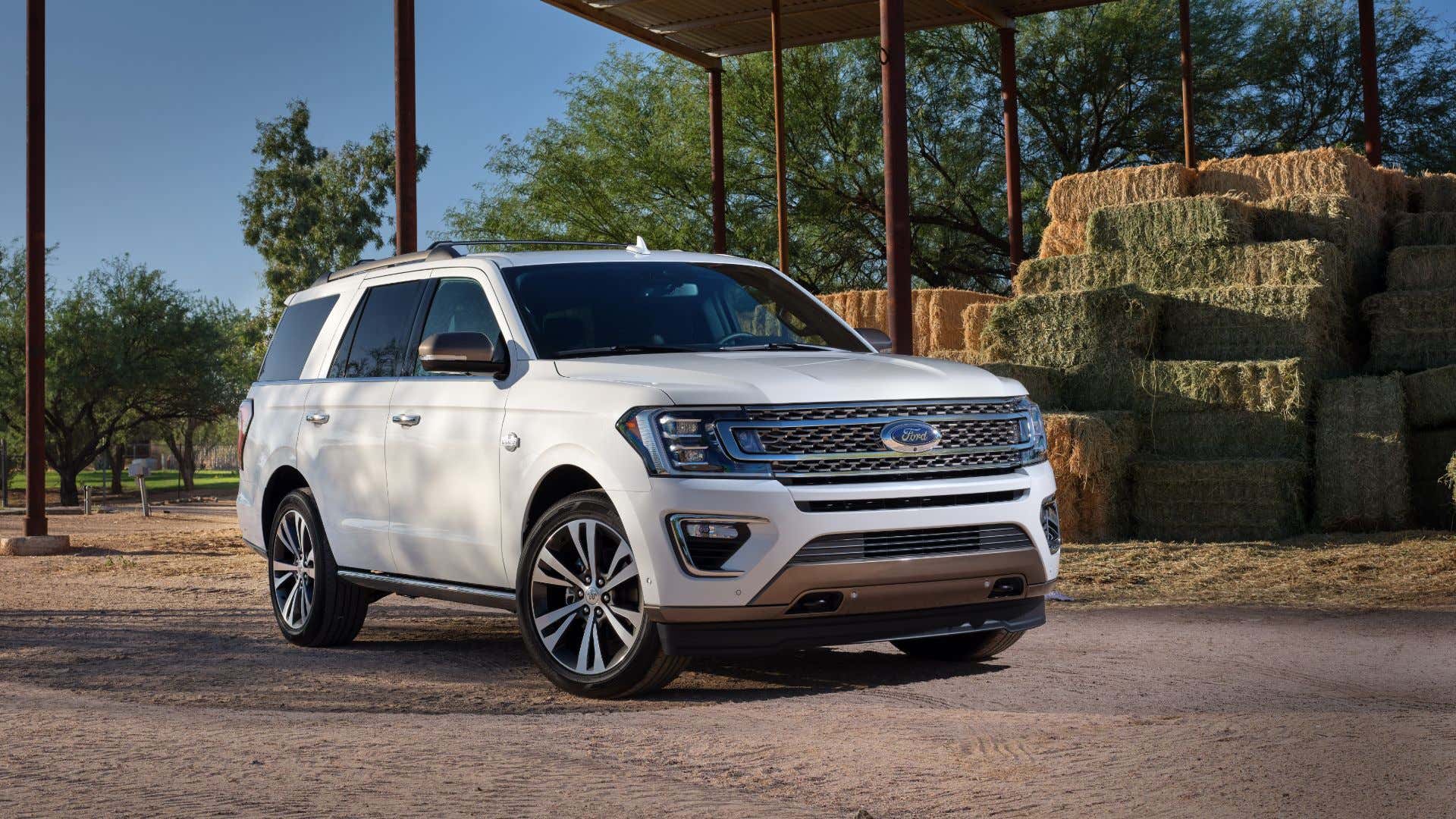 A 2020 Ford Expedition. Does anyone need some hay?

You already know the score, people love their Expeditions.

The Chevrolet Suburban is the longest-lasting nameplate in the world and has stayed relatively simple and remains a reliable workhorse.

Chevy’s Tahoe is essentially a smaller Suburban and shares its underpinnings. As such, it shares similar longevity.

Underneath the Yukon’s exterior is a Chevy Tahoe, which is also a smaller Suburban. It shares each’s reliability.

With many of the Ford F-150’s underpinnings beneath the exterior of Lincoln’s Navigator, the full-size SUV has developed a reputation as a slick premium limo that will last years. 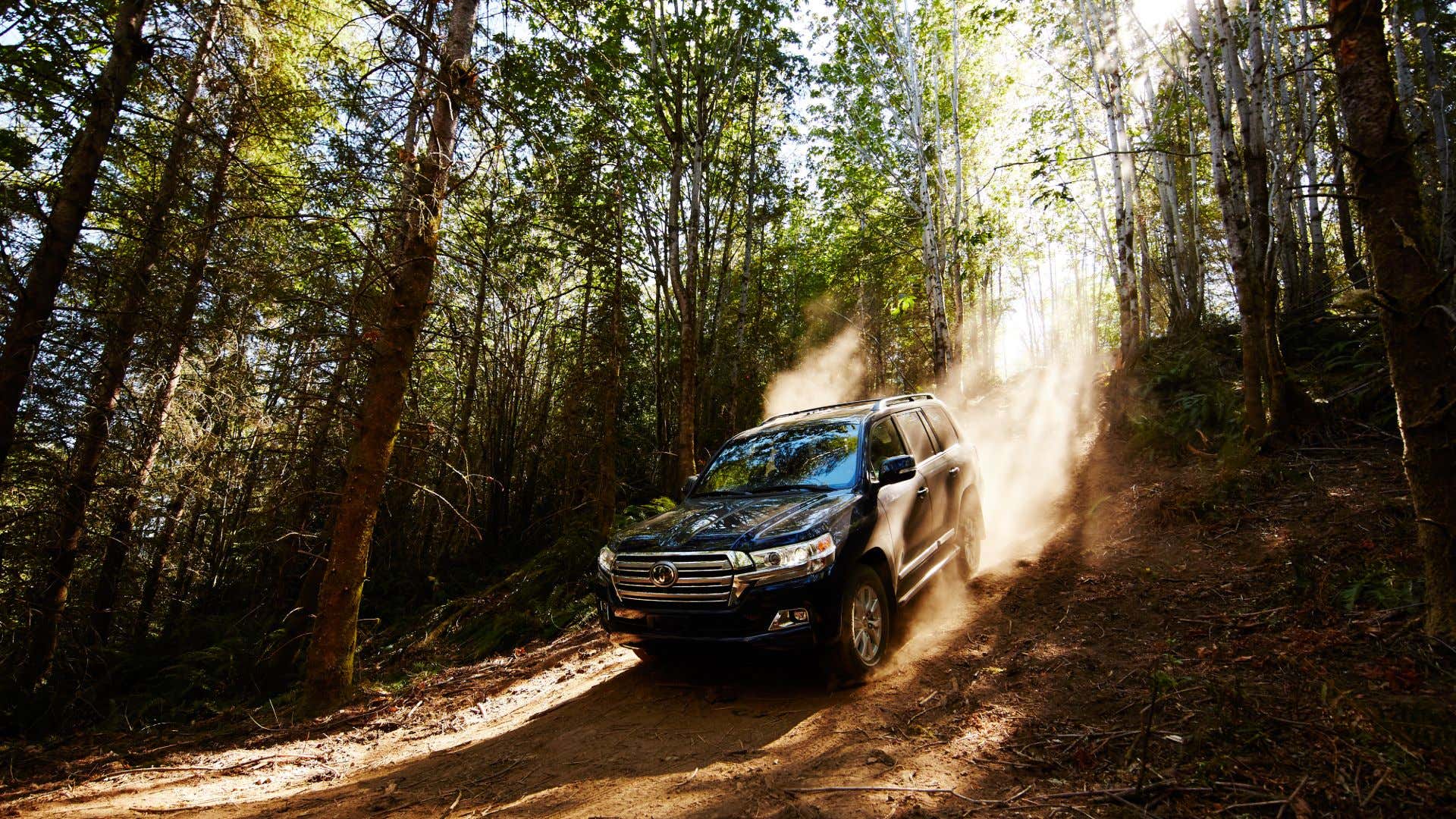 A 2020 Toyota Land Cruiser barrels down a dirt hill.

It’s a fan favorite for off-roaders, overlanders, armies and peacekeeping forces because of its inability to die.

It’s back and you already know why! Simple engineering paired with Toyota reliability.

Toyota’s reliability and engineering blend to deliver long-term usability, part of what makes the Highlander one of the best-selling SUVs ever. Plus, it’s available as a hybrid.

As one of the best off-roaders currently available on the market, Toyota builds the 4Runner to take a beating and keep rolling. With room for five, it’s a great family adventuremobile,

You can’t go wrong with Honda’s Ridgeline as it feels and drives like a Honda SUV but has all the capability of a Ford F-150. 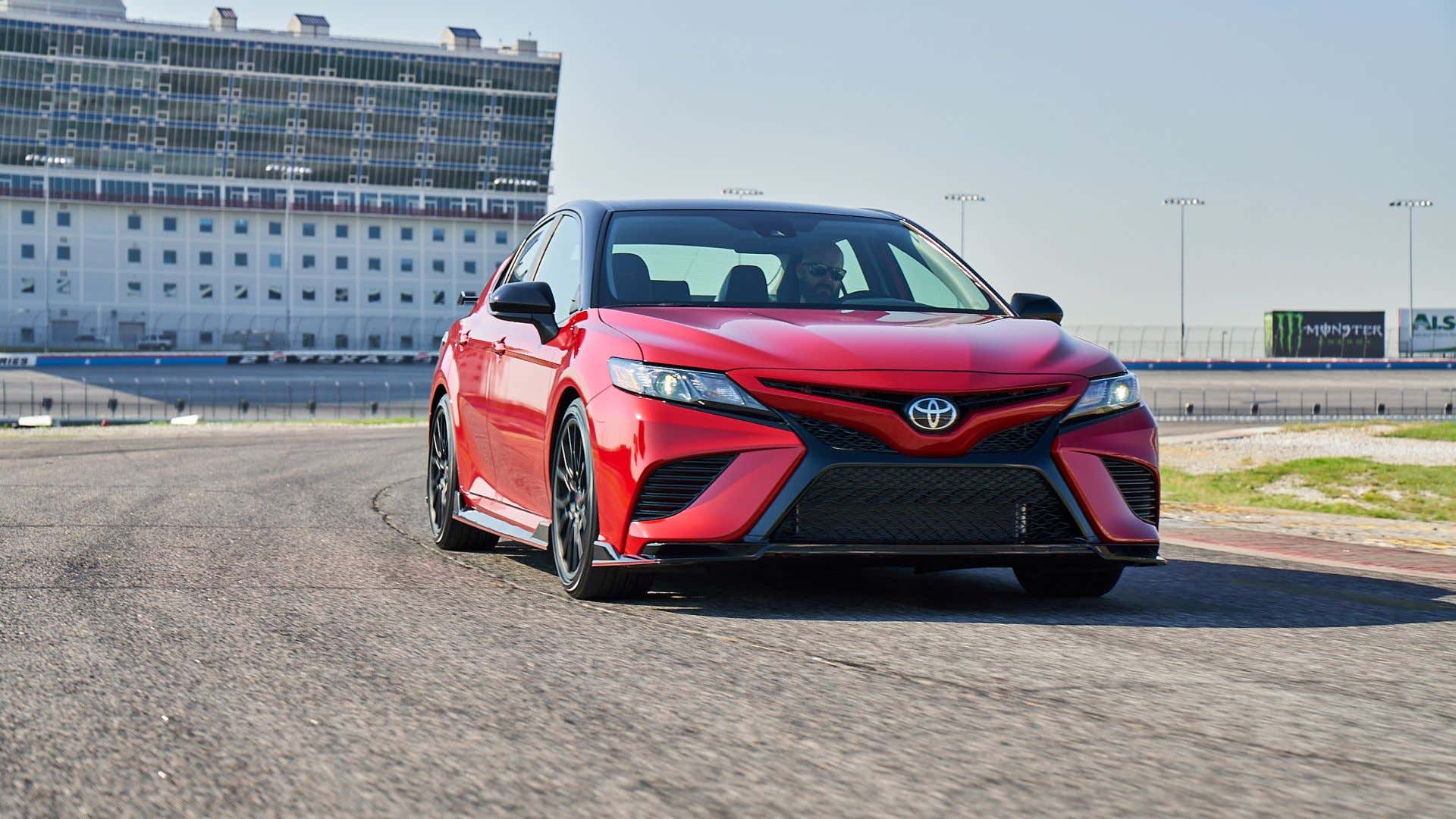 A 2020 Toyota Camry TRD racing along a track.

You’ve got questions, The Drive’s informational team has answers!

Which Car Brands Last the Longest?

Honda, Toyota, Hyundai, Kia, Acura, Lexus, and Ford all have long-term reliability. Certain vehicles are known to outlast others, however, each brand offers consistent reliability and longevity.

What Is the Longest-Lasting Vehicle On the Road?

A 1968 Volvo P1800 is considered to be the longest-lasting vehicle on the road with over 4 million miles across its odometer. There are also a great many million-mile cars, including a Lexus, a Nissan Frontier, and a number of others.

According to one study, however, Toyota’s Sequoia SUV is more likely than any other vehicle on the road to eclipse 200,000 miles.

According to iSeeCars’ study on longest-lasting cars, Toyota’s indomitable Land Cruiser tops the list of cars more than likely to hit over 300,000 miles. However, it doesn’t say whether that’s the old generation used by many countries’ militaries, as well as the United Nations, or if it’s the newer, more pedestrian-oriented model.

What’s the World’s Most Reliable Car?

The one you take care of. Just kidding, but not really. As mentioned above, how you take care of your car factors into its reliability. In an official capacity, J.D. Power names the Lexus ES, which shares underpinnings with Toyota’s Avalon, as the world’s most reliable car.

Find Your Next Reliable Car with Cars Direct

There are multiple available vehicles that will propel you past 200,000 miles, but how do you find one of these unicorns? With Cars Direct, of course! The Drive has partnered with Cars Direct to help you find the perfect car for you to daily for the next 300,000 miles. Click here to get started.

The Drive has put together a few more resources you can use to educate yourself about the longest-lasting cars. Check them out below