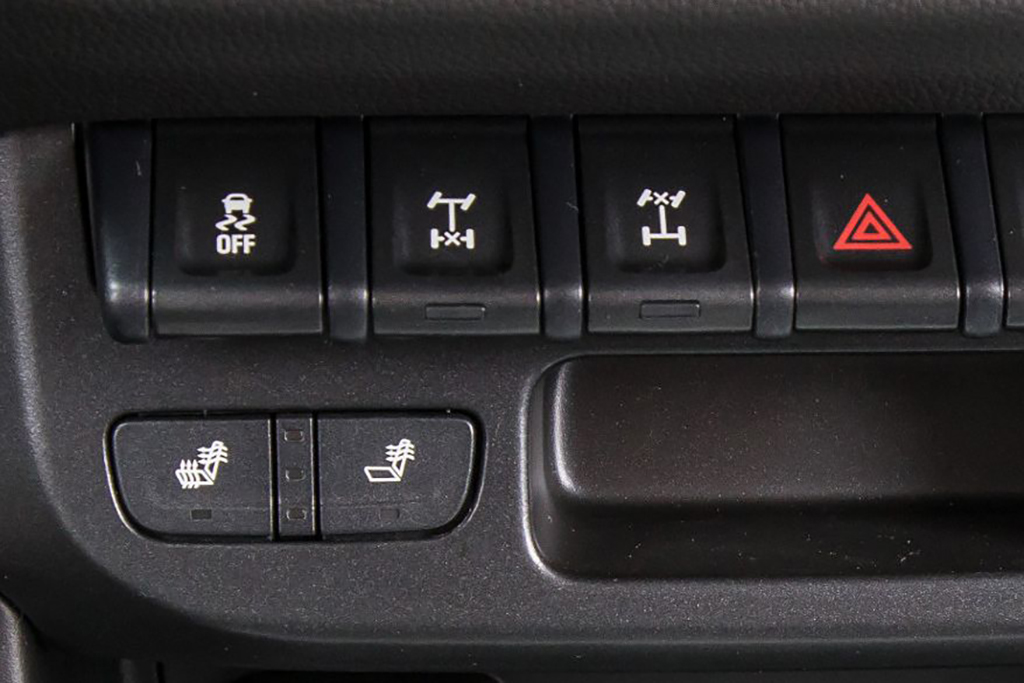 Contributing to the 2019 Chevrolet Colorado ZR2’s extreme off-road capabilities are two curious buttons that help the Colorado go toe-to-toe with the rugged 2020 Jeep Gladiator Rubicon and not walk away from a head-to-head comparison with its tail between its legs. The Colorado ZR2 and Gladiator Rubicon are the only mid-size trucks with electronic locking front and rear axles, which is what these buttons depict in the ZR2’s center console control panel.

“Locked axle?!” While it sounds like something you’d get a repair bill for after letting your teenager borrow the car for a weekend trip with friends, this is actually a good thing in an off-road package like the ZR2.

A locking axle forces a pair of wheels to spin at the same speed, eliminating the differential’s natural inclination to send the engine’s torque to the wheel with the least resistance (the one up in the air or sloshing around in mud). With an axle’s wheels locked, both wheels spin at the same speed so the tire that has traction keeps the truck moving. This is useful during rock crawling, where wheel articulation often leaves one wheel hanging in the air or with not much weight on it, or when you need all the traction of four tires grabbing dirt up a steep hill.

You may think it’s as easy as hitting these buttons in the Colorado ZR2 and engaging the locking axles. Ha! No, there are parameters under which the locking axles work. That’s to prevent damage or unstable driving characteristics, as steering is greatly affected with the wheels locked because you need the inside wheel to spin at a slower speed than the outside wheel when turning a corner; with both axles and the center differential locked (4-Low), all the wheels are spinning at the same speed. 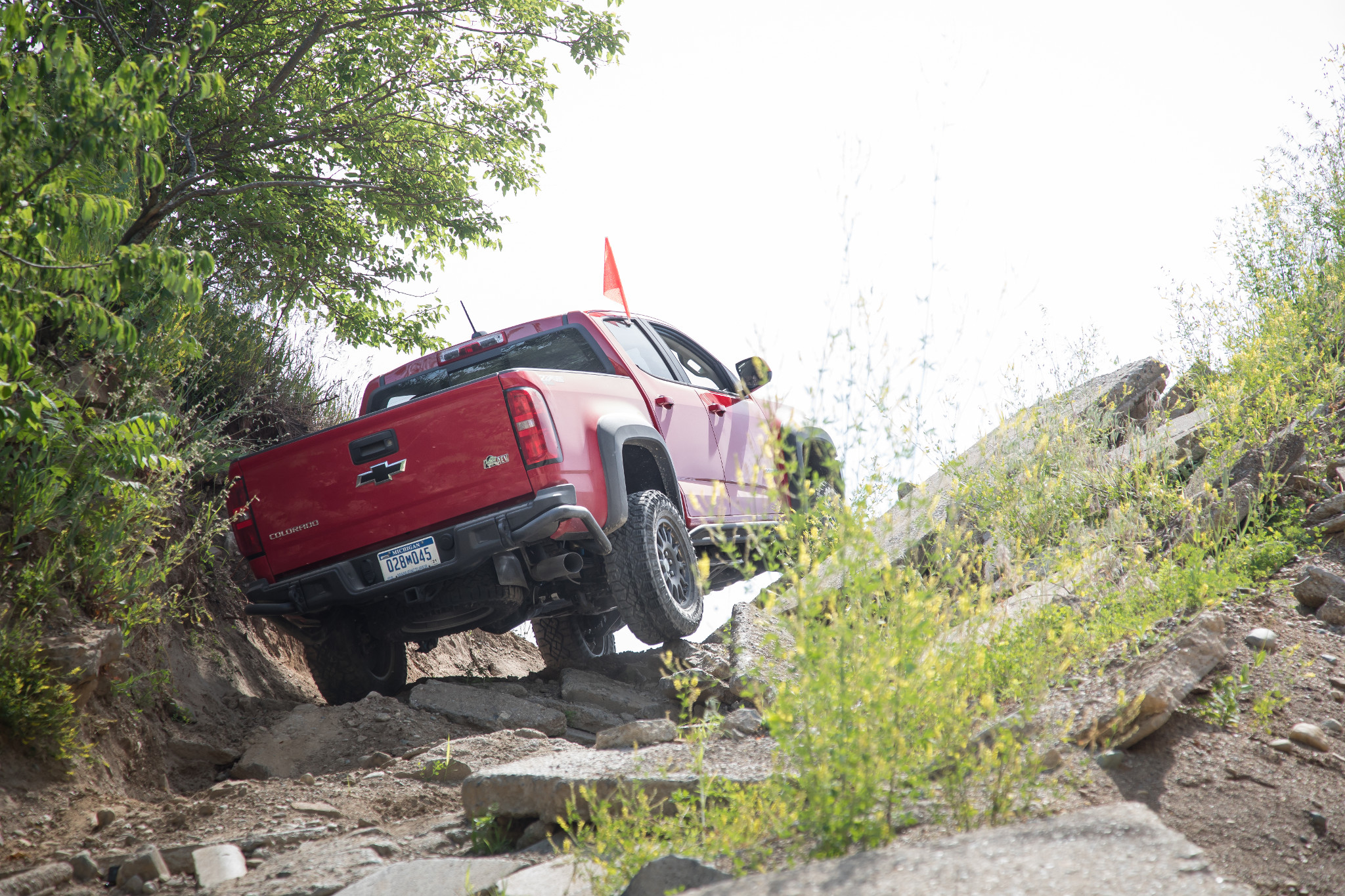 In the Colorado ZR2, you can lock both the front and rear axles when the transfer case is in 4-Low, but only at speeds of less than 25 mph. The front axle locks only when the rear axle is locked first, and doing so also disables the antilock braking system, though ABS reengages automatically after the truck hits 25 mph or is shifted out of 4-Low. The rear axle can lock at higher speeds, though only when the ZR2’s off-road mode is selected in 4-High; otherwise, the rear axle lock disengages above 25 mph. Chevrolet doesn’t recommend using the locking axles on dry pavement.

So there you have it: Two buttons with prominent location but limited use, but when you do need a locking axle — as in, say, the conditions you may find yourself in while dueling a Gladiator Rubicon at an off-road park — you’ll be glad to have it.