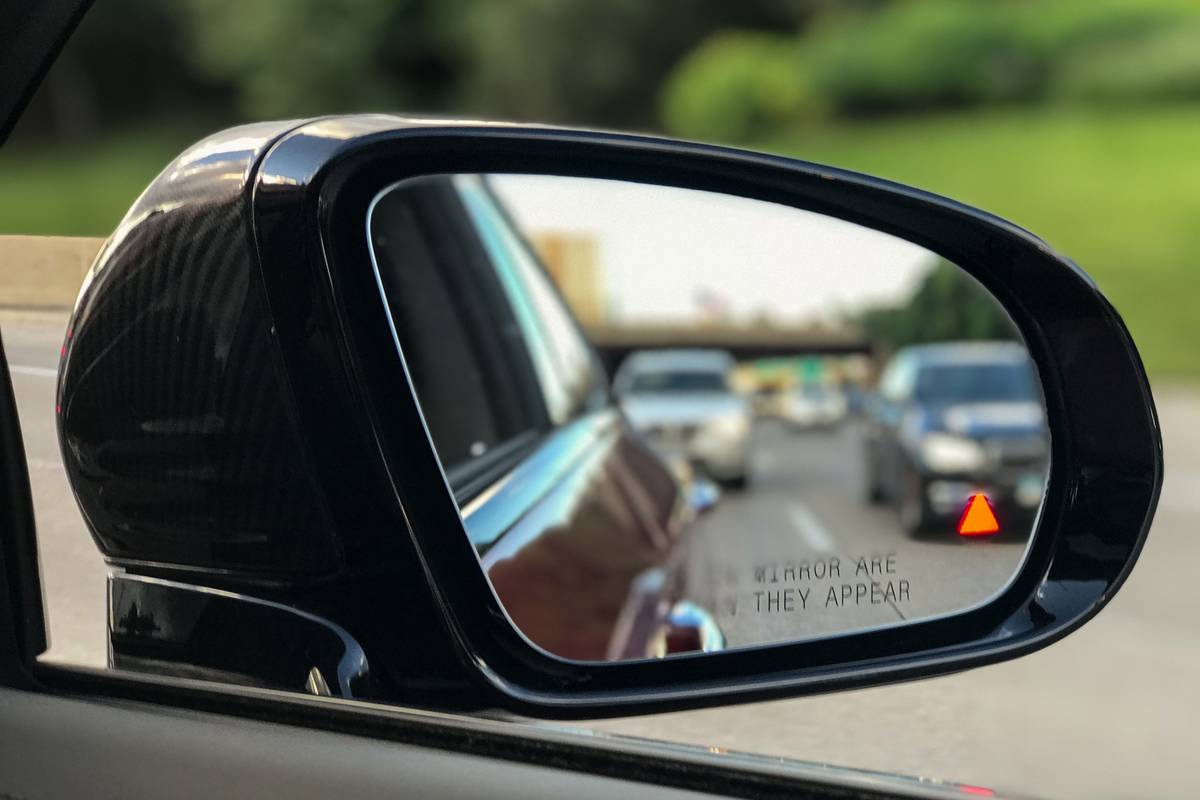 BSM stands for blind spot monitor, the generic term for systems that monitor areas adjacent to and just behind a vehicle, the blind spots where other vehicles are out of the view of the driver and outside mirrors.

Related: Which Cars Have Free Maintenance for 2021?

Volvo, which claims other firsts in safety technology, pioneered blind spot monitors for production cars, which first appeared in the U.S. on the 2005 Volvo S60, V70 and XC70. Like other advanced safety features, blind spot monitors were initially available only on higher-end models but in recent years have trickled down to being standard or optional on all sizes and price ranges of vehicles.

Most systems use radar sensors mounted on the mirrors or on the rear of the vehicle, often in the corners of the bumper. Some use tiny cameras near the side mirrors or a combination of sensors and cameras. When these systems detect a vehicle within the coverage zone of one of the cameras or sensors, they activate a warning light in the outside mirror or roof pillar on that side of the vehicle.

The warnings vary by manufacturer, but they typically start with a visual warning. The warning will change to a flashing signal or give an audio warning if the driver activates a turn signal in the direction of a vehicle that’s in a blind spot.

Bundled With Other Systems

Some manufacturers pair blind spot detection with rear cross-traffic alert, which uses sensors to detect other vehicles or pedestrians approaching from the sides when a vehicle is in Reverse. Rear cross-traffic alert will activate a visual or audio alert and, in some vehicles, apply the brakes. It may also be offered as a separate option or an added feature on upscale models.

On some vehicles, the blind spot monitors work with lane keep assist so that when a turn signal is activated, it will apply the brakes or steer away from a vehicle in the next lane or approaching from behind.

On the other hand, a 2018 study by the AAA Foundation for Traffic Safety said nearly 80% of drivers whose vehicles had blind spot monitors weren’t aware of the limitations of the systems, such as their inability to accurately detect pedestrians, bicyclists or rapidly approaching vehicles.

The AAA study also found that nearly 25% of drivers who had blind spot monitors or a cross-traffic alert system didn’t bother to make visual checks but relied solely on those systems. Vehicle manufacturers and safety experts say both features should be treated as additional “eyes” and that drivers should still be the primary monitor and look before changing lanes or backing up.

Blind spot monitors have limitations that vary by automaker, such as the speeds at which they operate and how much of the road they monitor. For example, the Mercedes-Benz system is active above 18 mph; Mazda’s and Volvo’s systems are active above 6 mph, but Volvo’s won’t react to passing vehicles that are going more than 9 mph faster; other systems don’t activate until 20 mph or faster. (Limitations may be explained in the owner’s manual for some vehicles.)

Nevertheless, AAA estimated that 318,000 collisions and 89,000 injuries could be prevented annually if all vehicles were equipped with blind spot warnings.