Long before it introduced its clowder of hellacious big cats, Dodge had the Scat Pack. Originally used in the ‘60s and ‘70s to group-tag a collection of rowdy muscle cars, the Scat Pack moniker has since been revived as a label for trims and options packages for the Dodge Charger and Dodge Challenger.

In the modern Challenger and Charger lineups, which  respectively offer 13 (Challenger) and six (Charger) different trim models for 2020, the Scat Packs occupy the spaces between the R/Ts and the Hellcats. Not too much power, not too little, just right, and at a value price.

Does a Dodge Scat Pack sound like your bowl of porridge? If so, lean in and learn more about the history of the name as The Drive answers the question, “What Is a Scat Pack?”

When Did the Scat Pack Originate?

The Scat Pack campaign was crafted in 1967 for Dodge’s 1968 lineup. After years in the archives, the Scat Pack returned as an option for the 2014 Dodge Dart, Challenger, and Charger and is still available today as a trim for the Charger and Challenger. 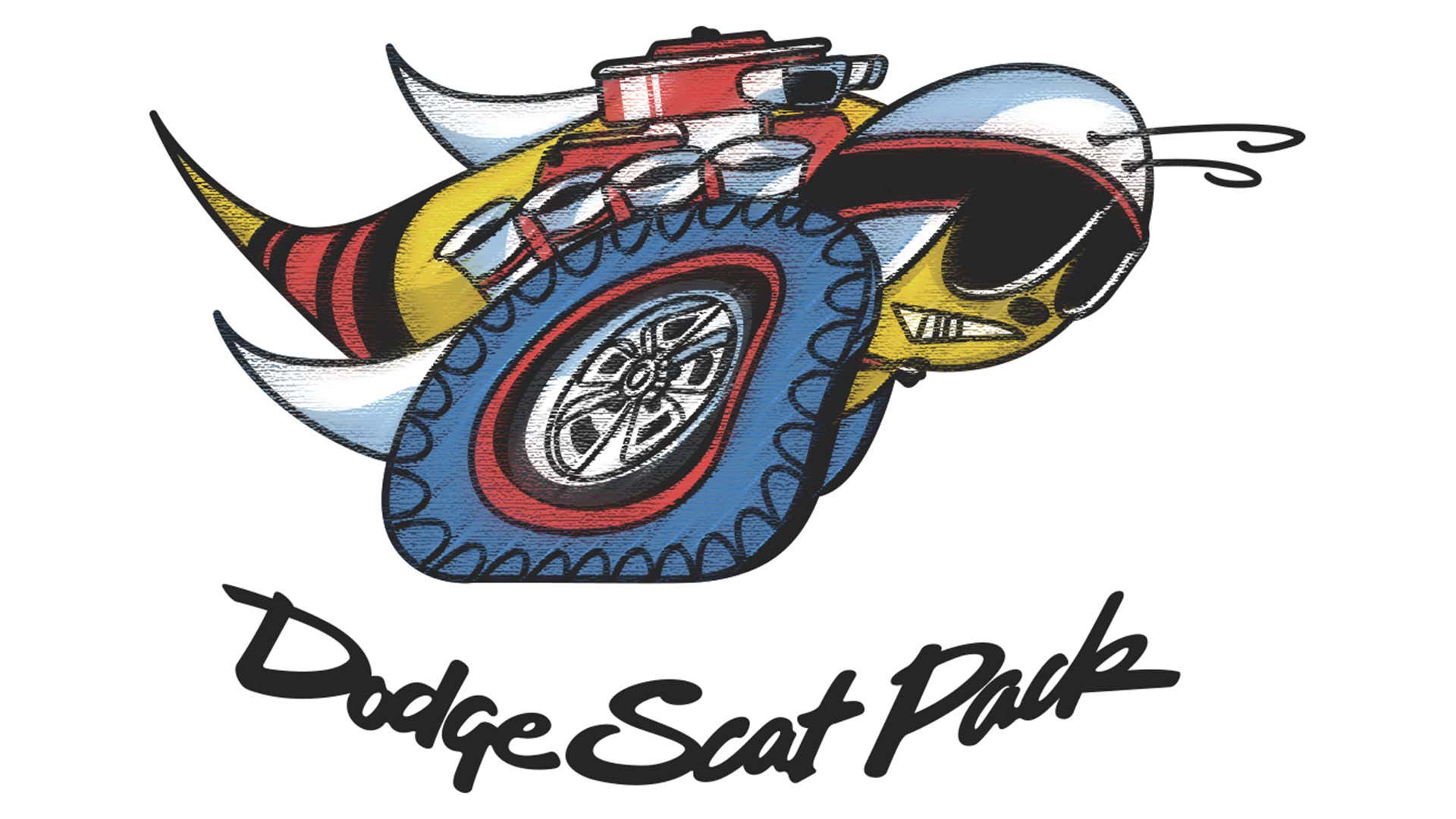 What Is a Scat Pack?

The original Scat Pack consisted of the Charger R/T, Coronet R/T, Dart GTS, and later the Coronet-based Super Bee. With the help of the Ross Roy advertising agency, the name was created as a marketing term and campaign to tout the power and performance credentials of Dodge’s ferocious crew. Entry to the Scat Pack was approved only for cars that could run the standing-start quarter-mile in the 14-second bracket.

The Scat Pack name is allegedly a play on the famed Rat Pack and aimed to foster a sense of community and loyalty. “Scat” is a verb defined as “to go away quickly” or “to move fast.” It has a second definition, too, but we won’t go into that.

Chrysler went all-out with the fixin’s, too. The company created a logo that consisted of a little racing bee with attached wheels, engine parts, a helmet, and goggles. It sounds cute, but this was a serious stamp of coolness on these cars and was later used on pins, patches, and jackets. Many of the advertisements also included the taglines, “Run with the Pack” or “the cars with the Bumblebee stripes,” referring to a stripe graphic worn around the rears of the vehicles, yet another unifier of the Scat Pack.

As part of the campaign, Chrysler also created the “Scat Pack Club,” which directly connected owners and fans, a group that was lovingly referred to as “The Hive.” Members were treated to a newsletter that detailed recent racing activities, featured tuning tips, and provided other fun information for muscle-crazed gearheads to munch on. Chrysler used the Scat Pack marketing campaign through 1971.

The Scat Pack name returned in a debut at the 2013 SEMA show. Three stages of Scat Pack tunes were introduced for the 2014 Dart, Challenger, and Charger, and for 2015, the Scat Pack name became a full-on trim. Today, Scat Pack trims are available on the Charger and Challenger as great value-horsepower options. 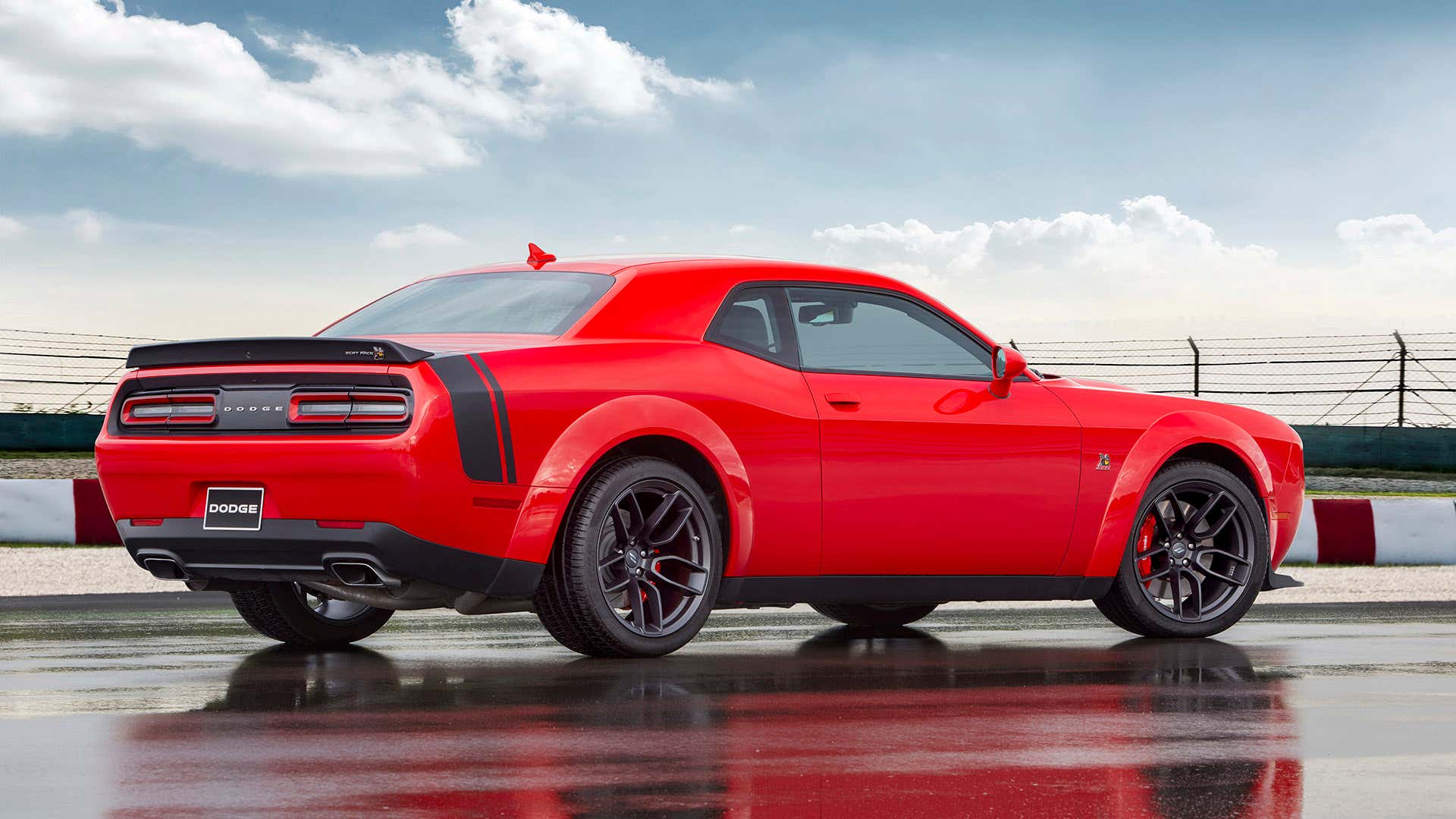 The Scat Pack remains an option on the Dodge Challenger.

You have the questions, The Drive has the answers!

Q: How Much Does A Scat Pack Cost?

Q: What’s The Difference Between SRT And Scat Pack?

A.SRT (Street and Racing Technology) is an internal tuning division within Dodge, a public performance brand, and a name that denotes various performance models within the Doge lineup. SRT represents several levels of performance of the Charger, Challenger, and Durango and offers the bat-poop crazy Hellcat models. Scat Pack, however, is essentially a performance trim for the Charger and Challenger.

Q: Scat Pack Or Hellcat: Which Charger Is Better?

A. “Better” is subjective, depending on budget, customer desires, and plans for the vehicle. However, if you’re looking for pure horsepower and have some money, the Hellcat and Hellcat Redeye models are the way to go.

Q: Is the Scat Pack Supercharged? 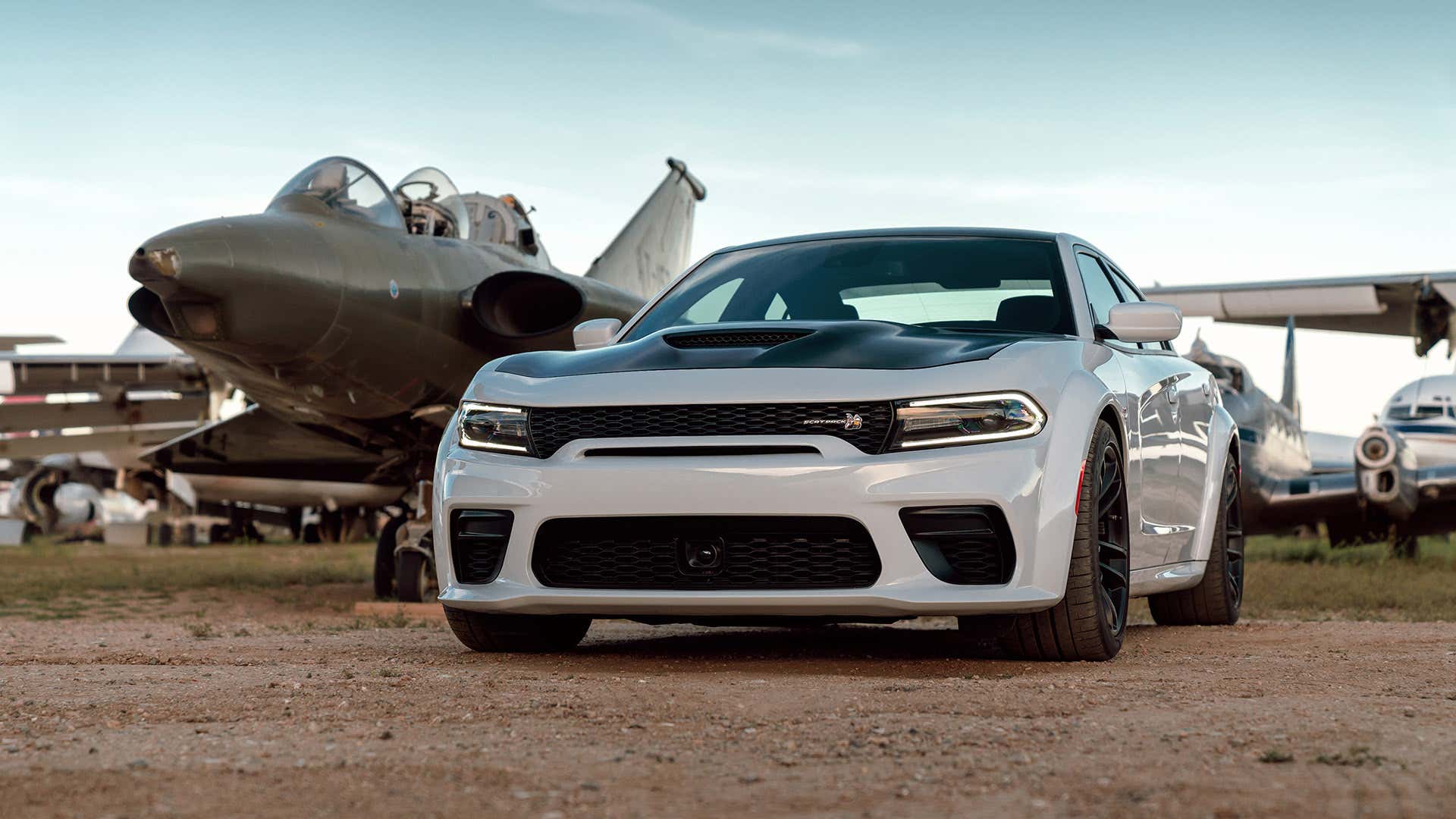