The definition of a car battery has taken on new meaning thanks to the onset of electric vehicles, but in traditional internal combustion vehicles, you’ll still find a good ol’ 12-volt brick sitting in your engine bay. That little box is responsible for powering the starter, as well as storing energy that can be used for all of your vehicle’s accessories. Not all 12-volt car batteries are the same, however.

A large majority of vehicles still use flooded lead-acid batteries with a liquid electrolyte solution sloshing around inside, but there’s a relatively new player in the mix: AGM batteries. Not to be confused with Mercedes’ AMG performance brand, AGM batteries are designed to eliminate electrolyte movement by holding it in place, reduce battery maintenance, and are claimed to have more charging power, among other benefits.

The Drive has put together a guide to explaining how they work, how they’re different from traditional batteries, and why you might want one. Follow along as we answer the question, what Is an AMG battery?

What Is an AGM Battery and What Is It Used For?

An AGM battery is a 12-volt car battery that can be used as an alternative to traditional flooded lead-acid batteries.

What Does AGM Stand For?

AGM stands for Absorbent (or Absorbed) Glass Mat (or Material).

How Does an AGM Battery Work?

The inside of a battery contains positive and negative lead and lead oxide plates that attract or release electrons when they react with an electrolyte typically made of sulfuric acid and water. AGM batteries hold and suspend the electrolyte mixture like a sponge with tiny glass fibers while maintaining evenly distributed contact with the active lead materials on the plates. The electrons flow in a series circuit through six cells, each of which runs at approximately 2 volts for a total of 12 volts. 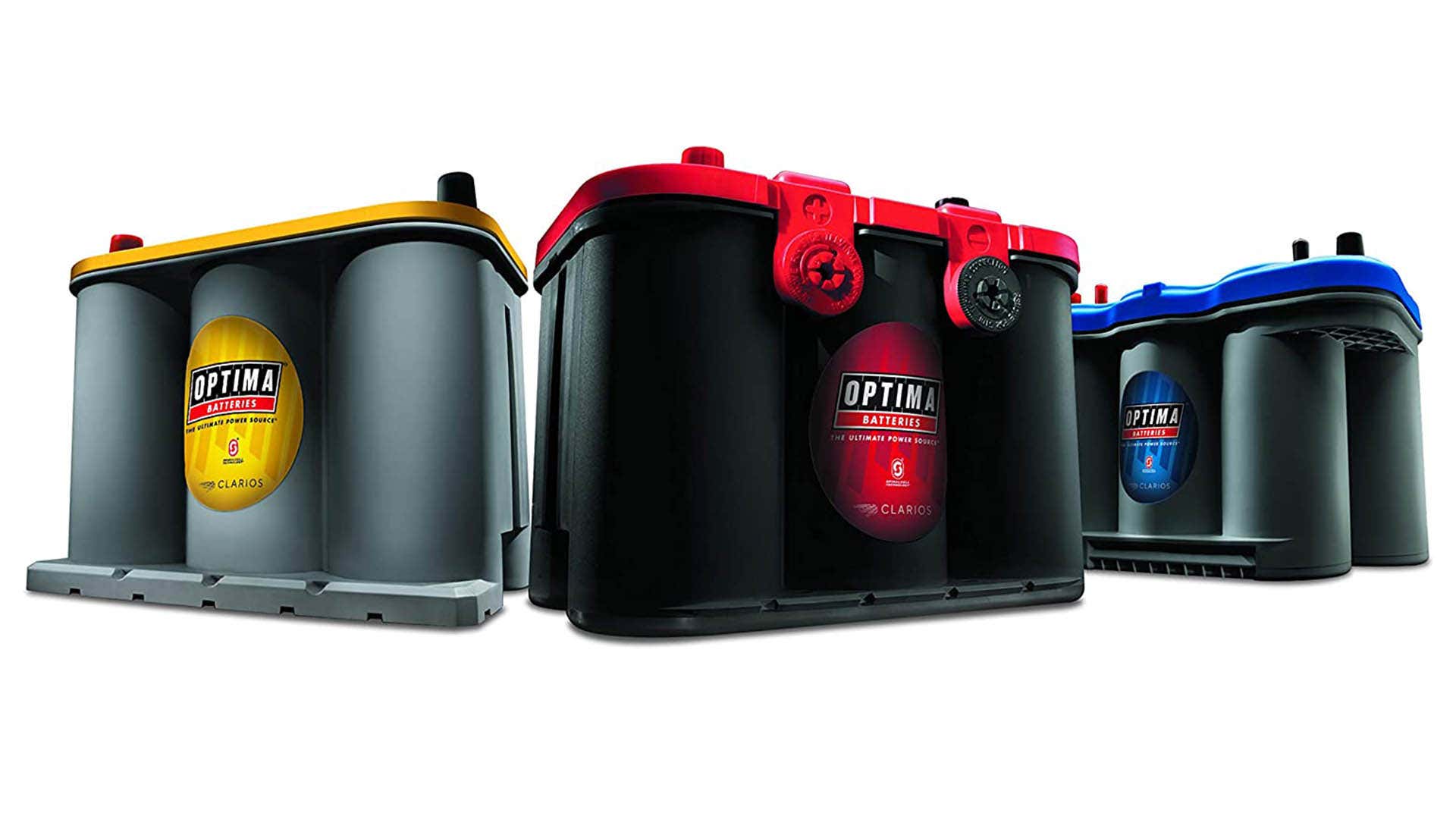 Pros and Cons of AGM Batteries

AGM batteries improve on a major flaw of flooded batteries, spillage, but they are not without their own negatives.

You have the questions, The Drive has the answers!

How Long Do AGM Batteries Last?

Manufacturers such as Optima and Interstate suggest that AGM batteries could last two to three times longer than traditional flooded lead-acid batteries. Traditional batteries should typically be replaced every three to five years, depending on a range of factors such as driving environment, driving conditions, and driving habits. 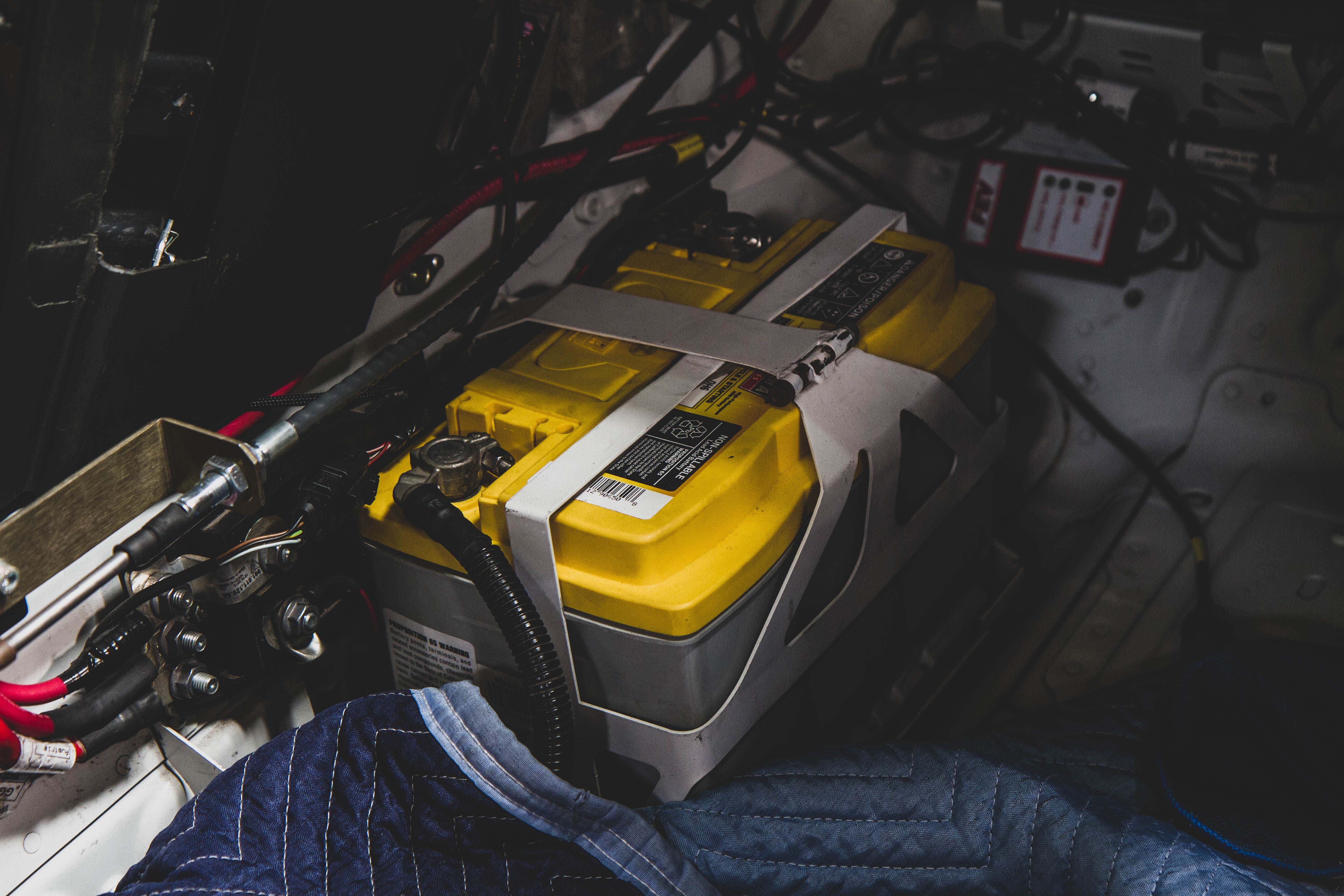 What’s the Difference Between a Regular Battery and an AGM Battery?

What’s the Difference Between an AGM Battery and a Gel Battery?

Gel batteries use a different method to keep the electrolyte in place. Gel batteries typically use a chemical agent such as silica to create a gel-like substance that allows for less movement. Both gel and AGM batteries are considered Valve-Regulated Lead-Acid (VRLA) batteries.

Can You Use a Regular Battery Charger On an AGM Battery?

Because AGM batteries are sensitive to charging, we recommend buying a charger and maintainer specifically designed for AGM batteries.

Does a New AGM Battery Need To Be Charged?

Our experts at The Drive have changed more batteries than diapers throughout their combined lifetimes. Here’s what we’ve learned: