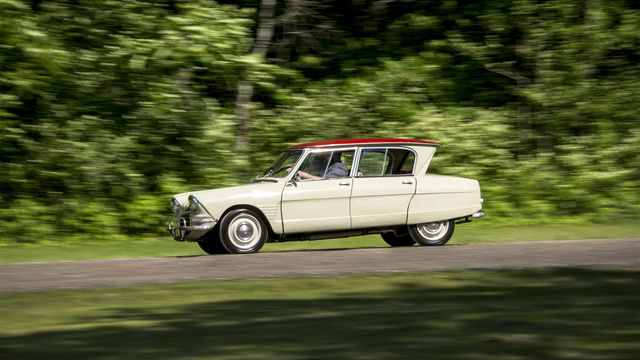 This weekend Citroën will celebrate the 60th anniversary of the innovative Ami 6, a mid-range car that followed in the footsteps of other progressive designs for the French marque. It was on April 24, 1961, that the Ami 6 sedan was revealed to the public, intended to fill a niche between the small and utilitarian 2CV and the luxurious and futuristic DS.

The Ami 6 offered plenty of its own design surprises, featuring a leaning greenhouse atop a boxy and spacious sedan body, becoming memorable for its notchback, leaning rear window and C pillar, echoing midcentury modern architecture, and a pagoda-style roof.

“After designing Traction Avant, 2CV and DS with the Citroën design team, Flaminio Bertoni was asked to lend his talent to the design of a middle-range car, known as the ‘AM Project,'” the automaker says. “Ami 6 was the end result. Bertoni described the car to his friends and family as his masterpiece—as the model was developed without the creative input of anyone else, Bertoni was able to fully express himself with the design of the vehicle.” 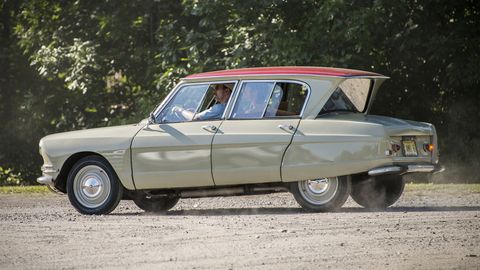 The front fascia itself was also a departure from Citroën designs of the time, resembling no other model in the automaker’s lineup, with a concave valley in between the two high-set headlights and a blunt nose. The overall dimensions of the car were certainly compact for the day, especially compared to American models, but the Ami 6 was still intended to be a competitor to the Renault 4, which debuted the same year.

Intended to be an economical car, the Ami was powered by a two-cylinder 602cc engine producing just 22 hp, borrowed from the 2CV. The interior, meanwhile, featured a number of elements present in the larger DS, including the single-spoke steering wheel, while its plush suspension was borrowed from the 2CV as well.

The Ami sedan received an updated version dubbed Ami 8 in 1969, while a station wagon version of the Ami 6 arrived earlier in 1964 boasting a 705-lb payload. As roomy as the sedan was, the station wagon added a spectacular amount of versatility to the model while smoothing out its profile, allowing it to better compete with the Renault 4. A restyled front fascia also refined the design, and wagon versions of the Ami 8 were produced as well. 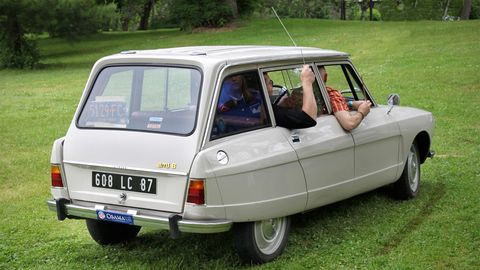 “The design of the estate version offered a great amount of space for a leisure vehicle in this category, along with easy and convenient accessibility,” the automaker notes. “It was a versatile model, providing just as much comfort to a family traveling on a trip, as it would for a professional using the car for business needs. In 1966, AMI 6 was named in France as the nation’s favorite car of the year.”

Ami 6 production ended in 1970, with the Ami 8 taking over through the end of the run. A version called the Ami Super featured a four-cylinder engine, arriving in 1973. In addition, a two-door rotary-powered coupe was also produced on the Ami architecture in a small-volume run badged as the M35.

Production of the Ami 8 lasted all the way through 1978, spanning almost 20 years for the Ami architecture, with 1.8 million cars of the Ami family produced during that time.

The Ami remained a mostly European-market offering, lacking a more global embrace that was experienced by that same Renault 4. Unlike the midsize Renault model, the Ami was actually sold stateside at the time, often sold at “import” dealerships that offered a wide variety of marques like NSU, Skoda, or Peugeot. In contrast to the European versions of the model, North American ones featured four round headlights and additional turn signals under the headlights, but many have since been retrofitted with European-spec units, as on the cars in these photos. 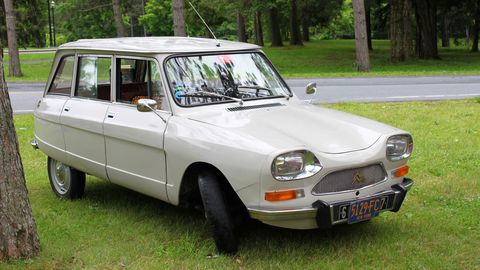 Citroën recently revived the Ami name for an urban EV you may have seen in recent months, featuring a decidedly different exterior design. The tiny electric model is perhaps an even more daring stylistic departure than the Ami 6 was in the 1960s. While the new EV isn’t headed here anytime soon, we have a feeling we might see some of the original Amis converted to EV power at some point.

Have you come across any classic Citroëns in the US? Let us know in the comments below.