The nuCamp Cirrus 620 truck bed camper offers a versatile camping solution for half-ton pickup truck owners. Teased earlier this month, the nuCamp camper weighs less than 1,500 pounds (680 kilograms), which helps make it compatible with both short- and long-bed half-ton pickups. The small size is packed with features, though there is one downside to the compact design – it doesn’t have a shower.

Many trucks will be able to not only keep their tailgate attached but also keep it closed with the Cirrus 620, including GM’s new Multi-Pro tailgate. The camper is capable of four-season camping with its aluminum-framed walls, roof, and floors, backed with Azdel. Its lightweight construction allows owners to forgo weld bars underneath the camper to secure it. Instead, it’s light enough to strap it to anchors inside the truck bed. Aiding with setup once you get to the campsite are the electric jacks. 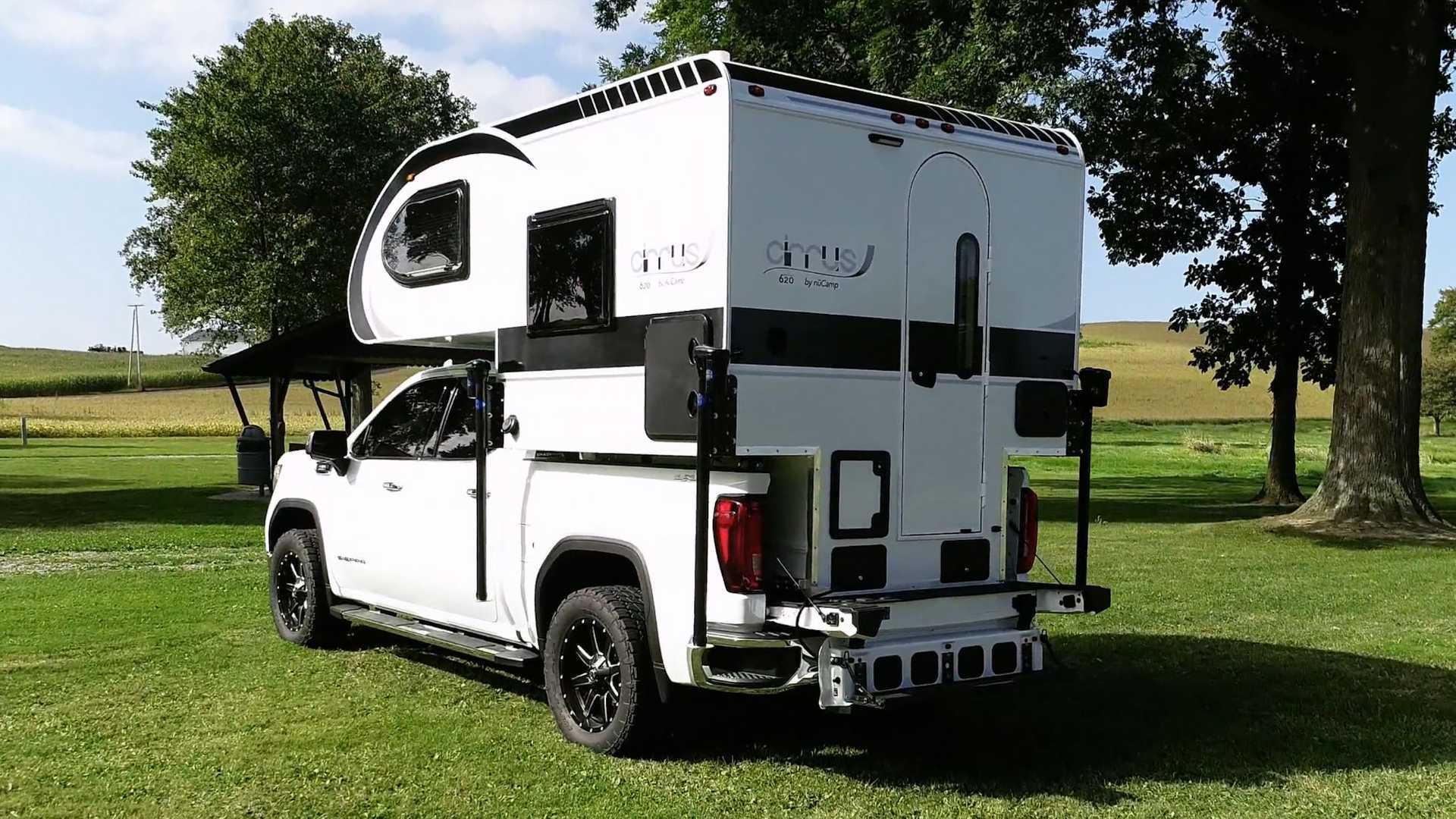 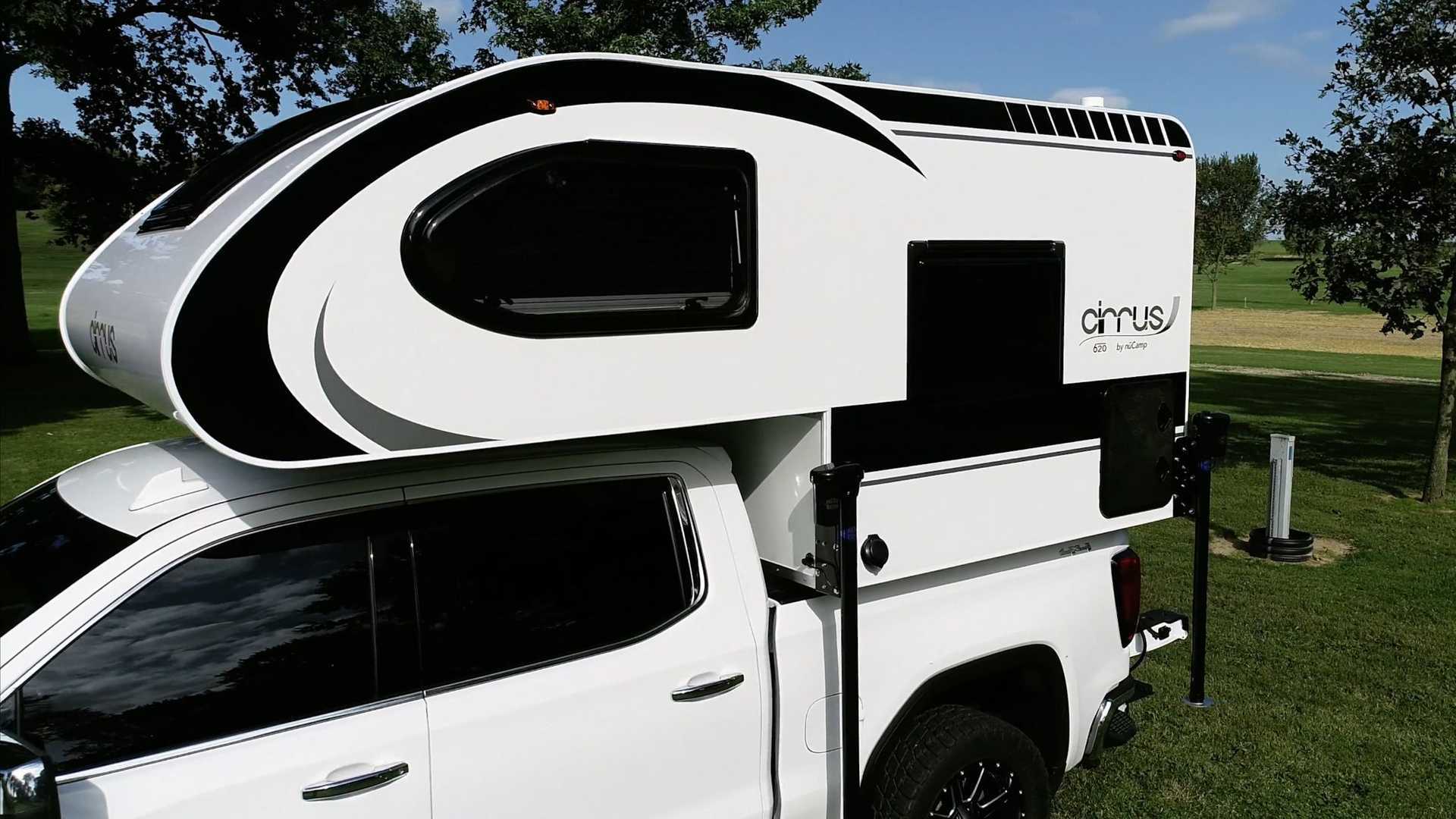 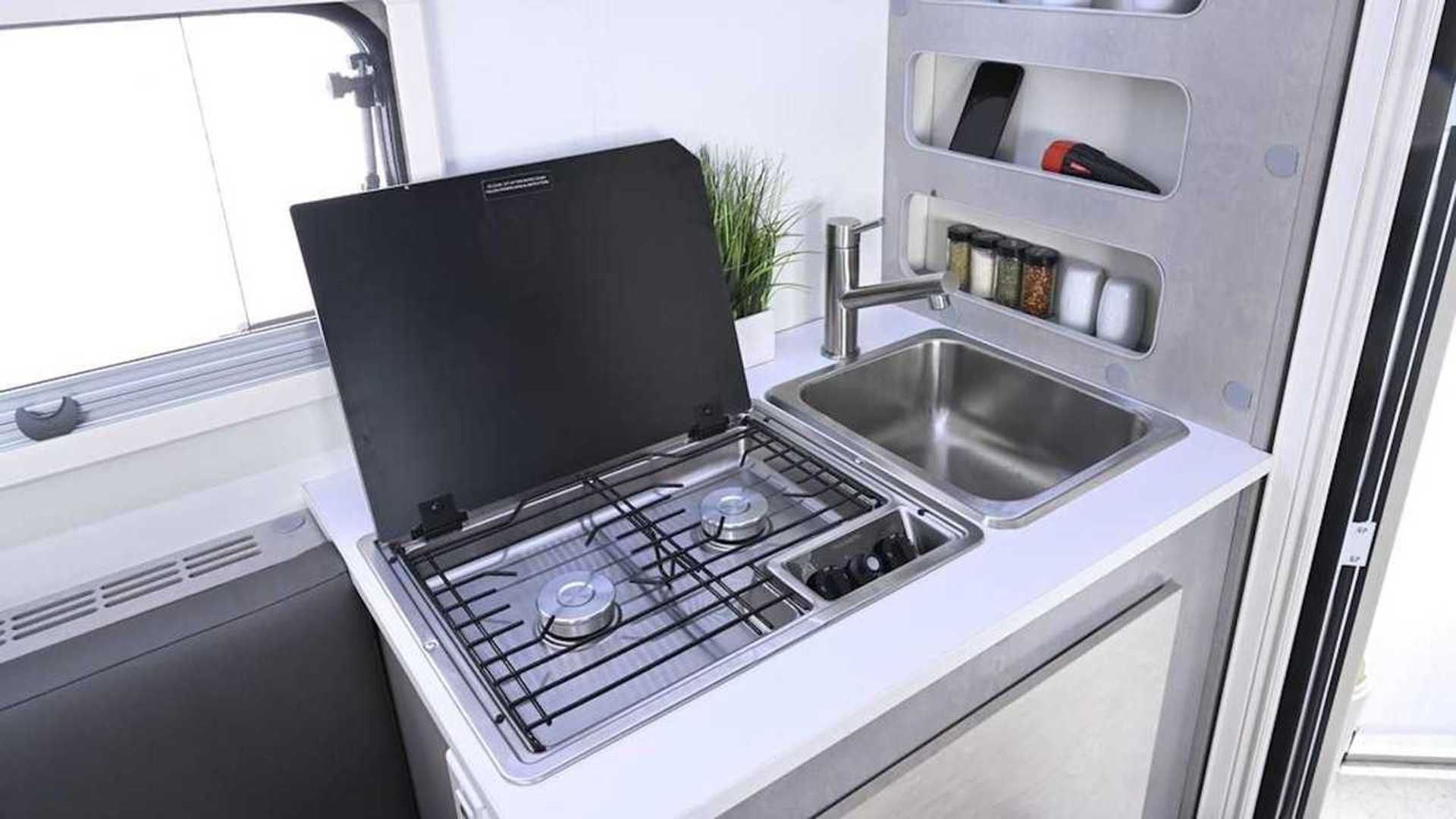 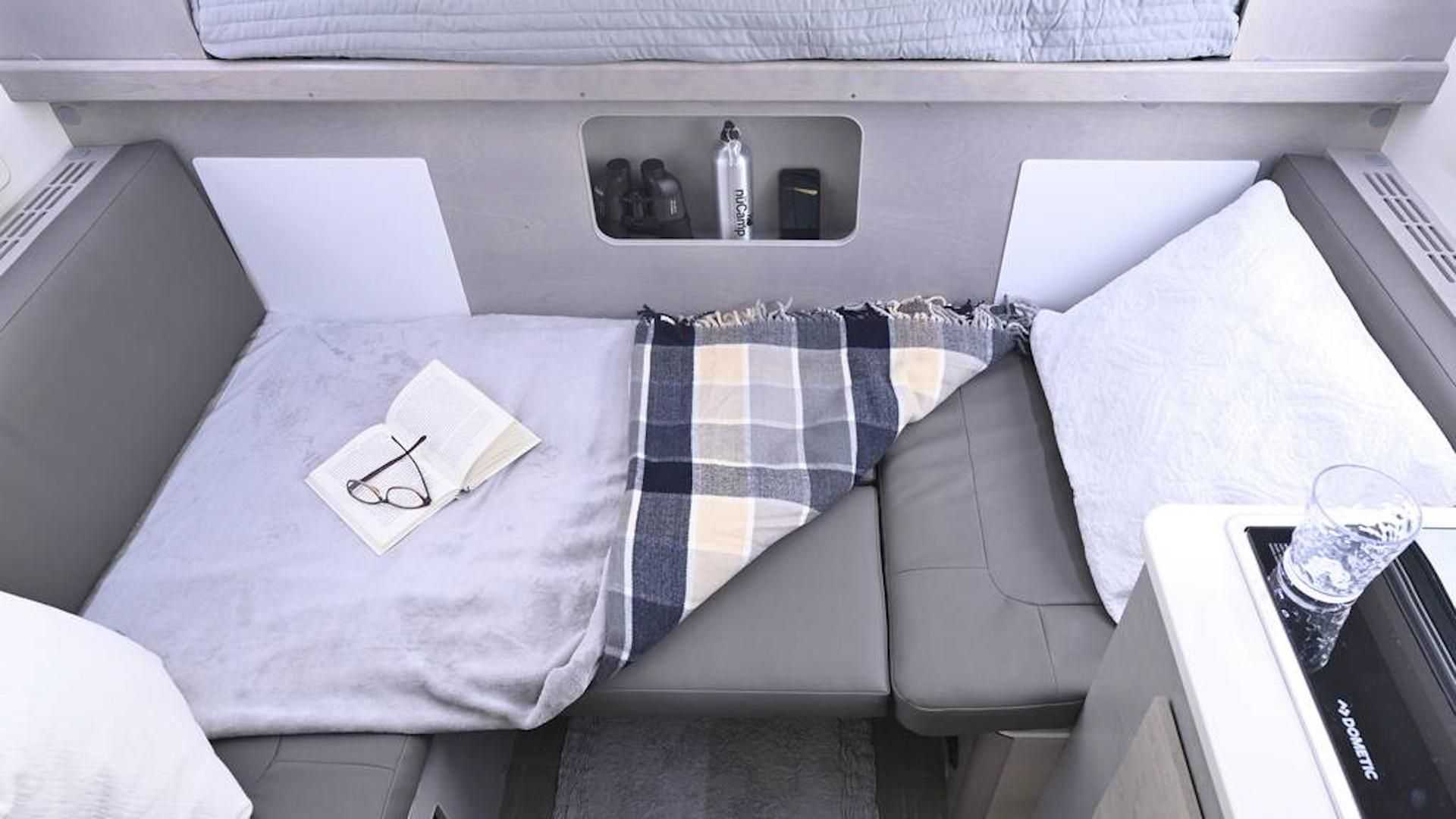 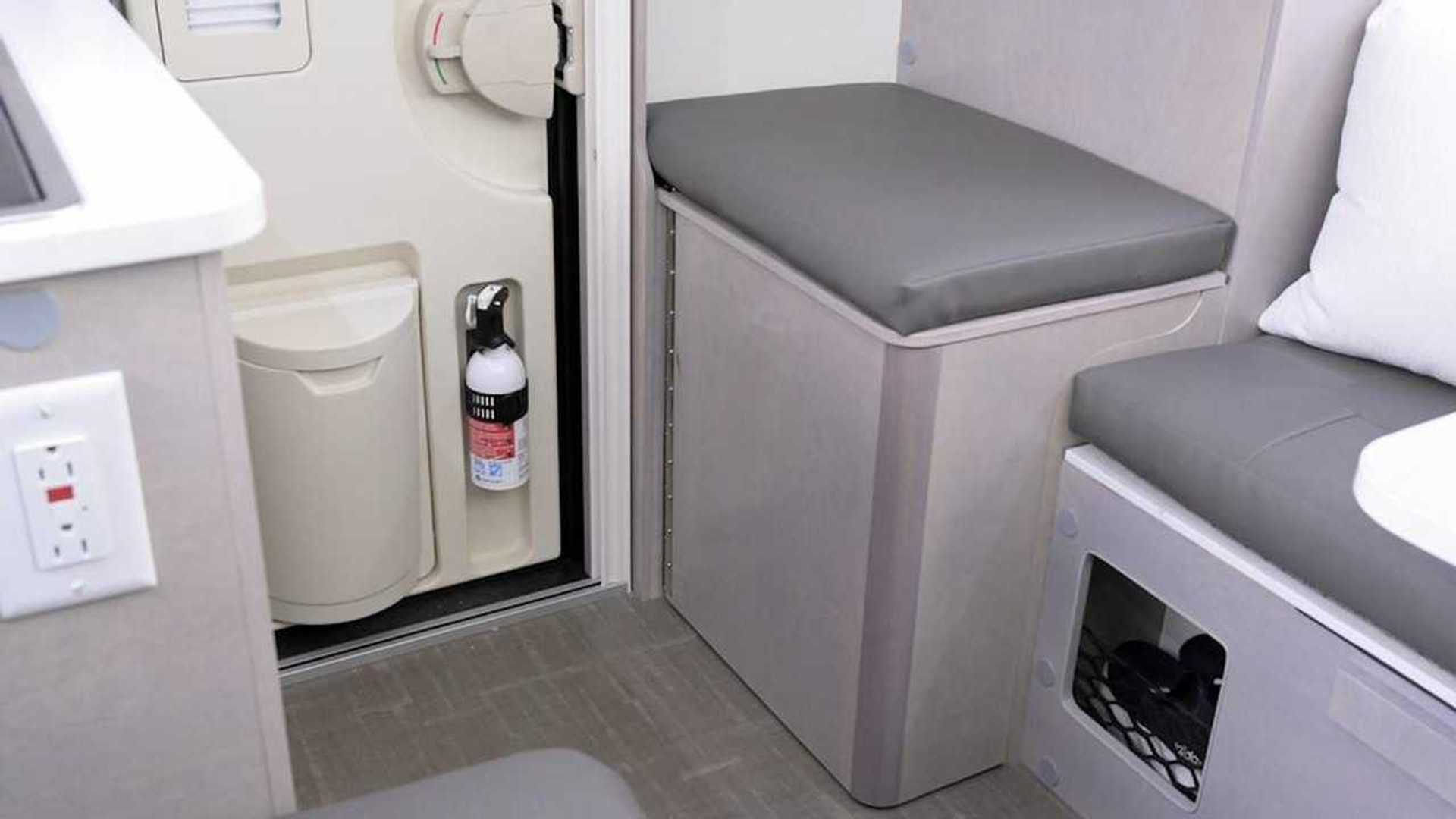 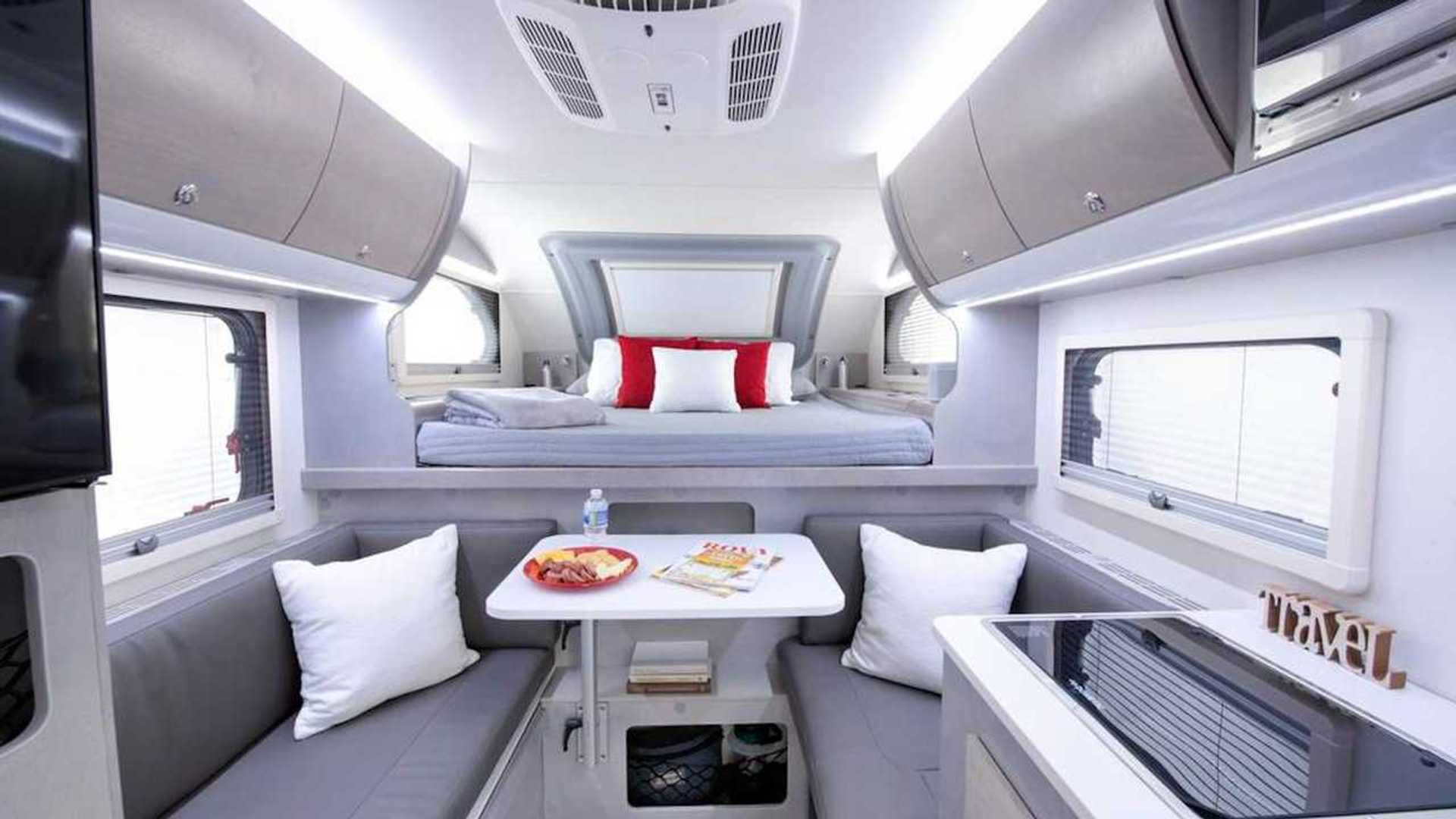 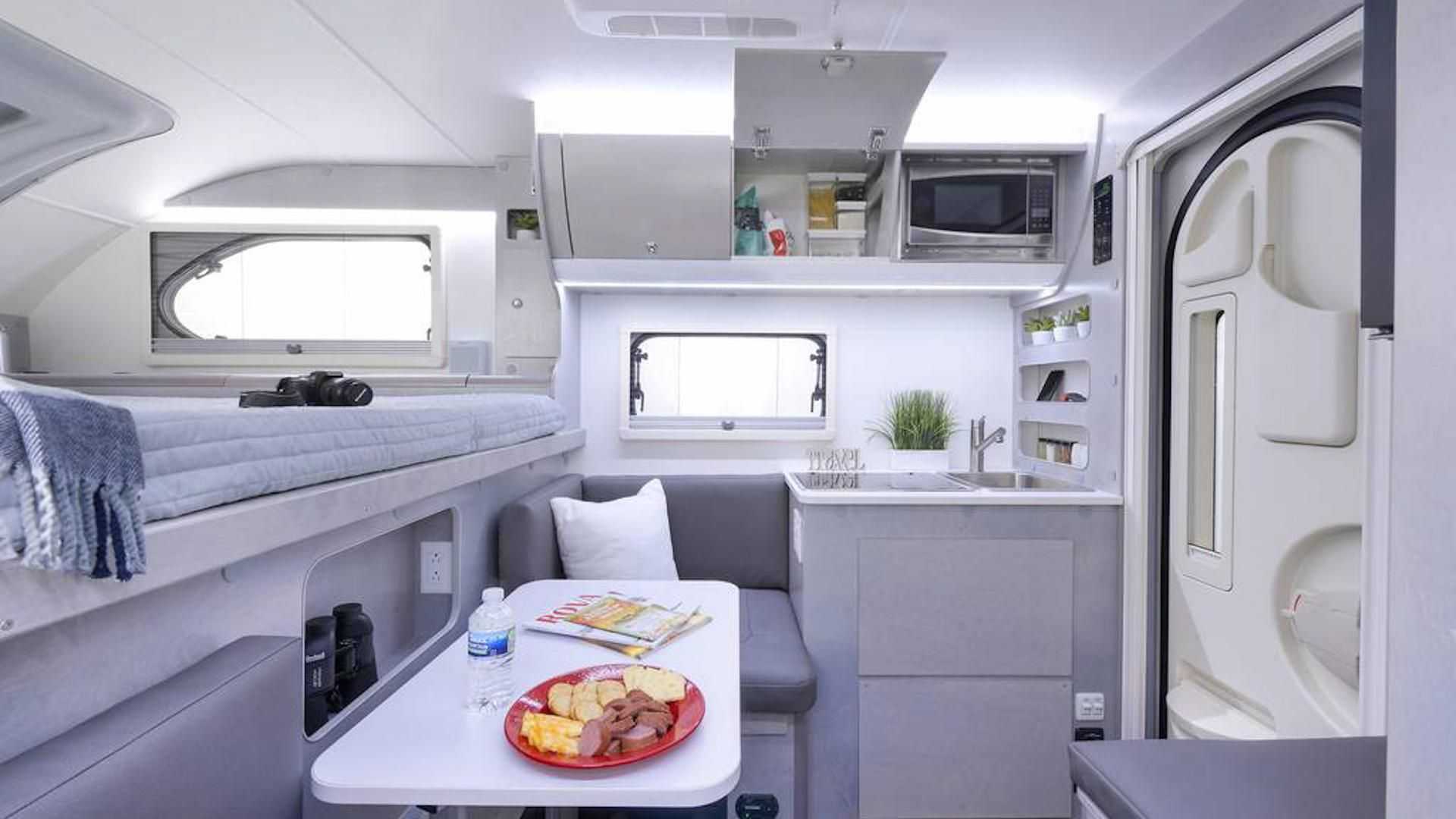 The lack of a shower is a bummer, though it’s the only necessity missing from the lineup of features. The nuCamp 620 comes with a fully equipped kitchenette – a sink, fridge, two-burner stovetop – light gray-stained wood cabinetry, ample storage, a hide-a-way cassette toilet, and a north-to-south queen-sized bed. The company also installs its Alde heating and hot water system, a backup camera, and a custom offline smartCamp lighting and main fan controller that can be controlled from any smart device.