Porsche’s contemporary 718 Boxster is a wonderful car that just so happens to share some history with a famous model from the brand’s past: the 718 RSK. For example, both cars have mid-mounted four-cylinder engines, both are convertibles and both have four wheels. That’s about where the similarities end. Anyone can walk into a Porsche showroom and buy a 718 Boxster, but if you want a 718 RSK, you’ll have to head to Bonham’s Quail Lodge auction this Friday, August 16 during Monterey Car Week. 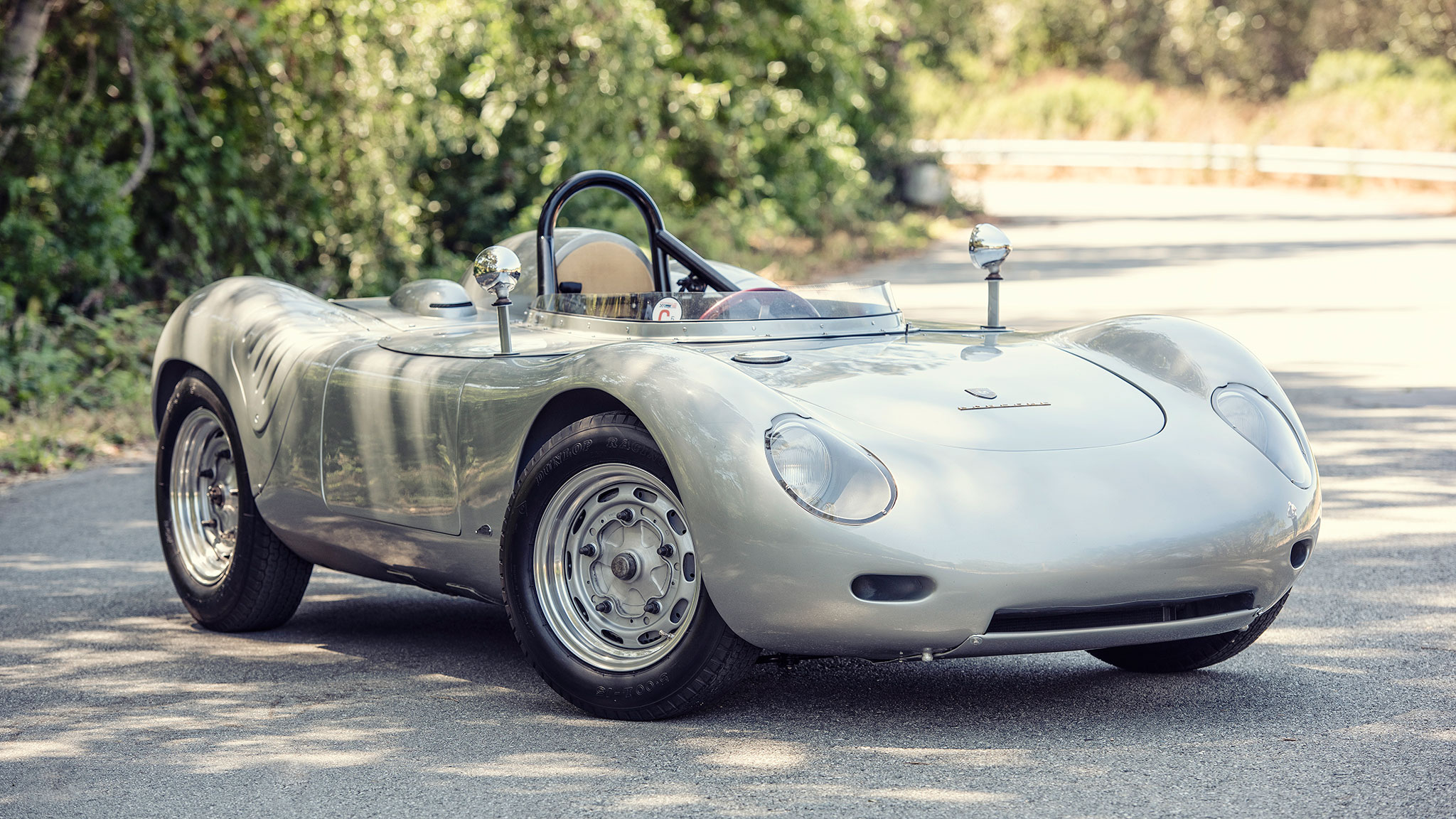 This 1959 RSK, chassis 028, is one of 35 ever built, but one of just six to feature a rare factory option: a switchable seating position that orients the driver either on the traditional left side of the car or smack dab in the middle. Currently set up in its center seating configuration (the passenger seat is included with the car if solo drives aren’t your thing) this is how Porsche stretched the rulebook to allow the RSK entry into period Formula 2 races of the day, creating more wins for an already victorious race car. In fact, the RSK’s Formula 2 cred was also what got Porsche thinking seriously about an all-out Formula 1 racer, which it built and called the Porsche 804 for the 1962 F1 season. 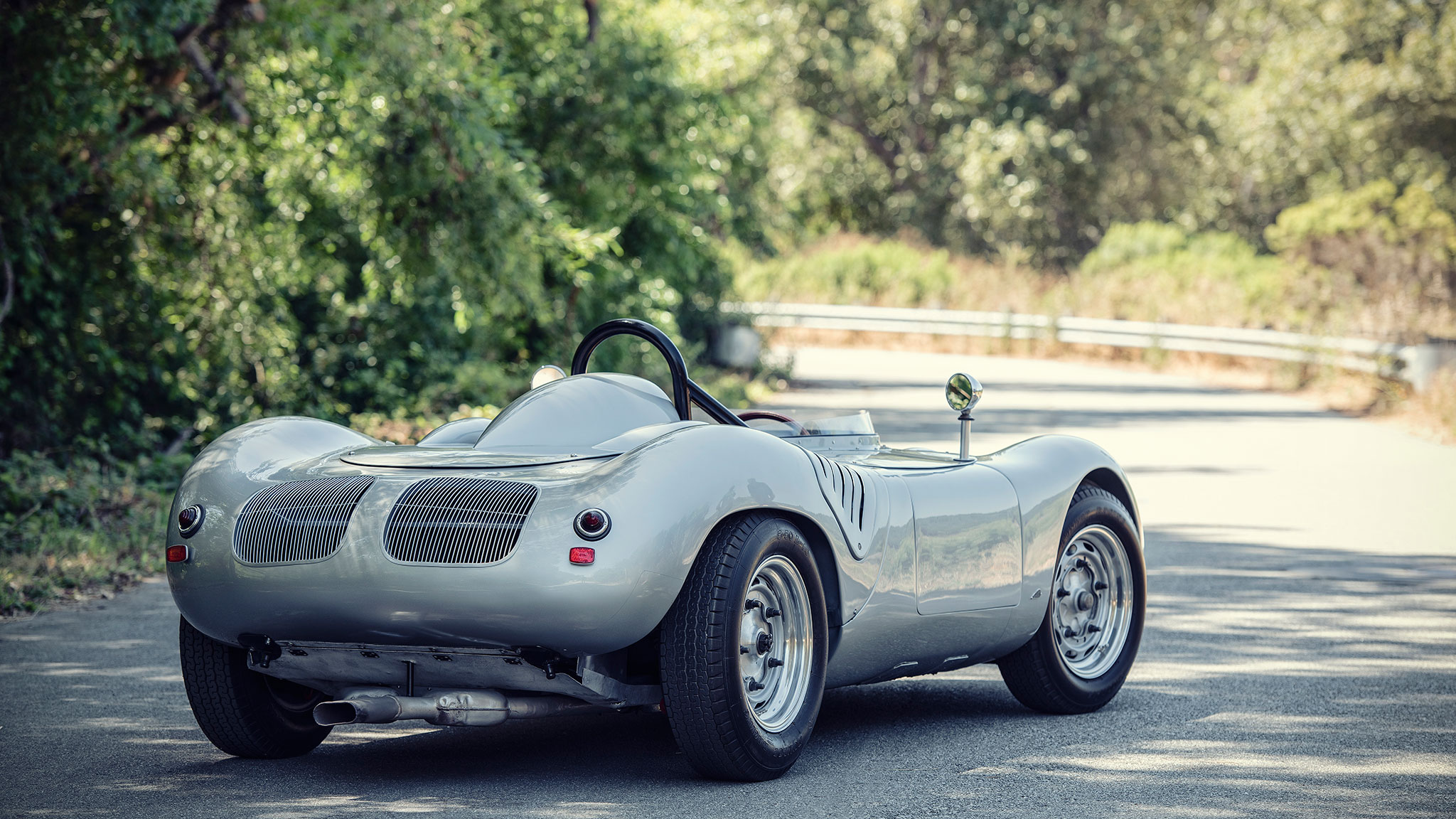 Equipped with Porsche’s special ‘four-cam’ Carrera 1.6-liter, flat-four engine, this RSK makes some 150 hp channeled through a five-speed manual gearbox to the rear wheels. In 1959, brakes were still drum-style units but the car’s independent suspension at all four wheels, balanced weight distribution and light weight gave it the ability to out-handle most of its competitors, even those with significantly larger engines. 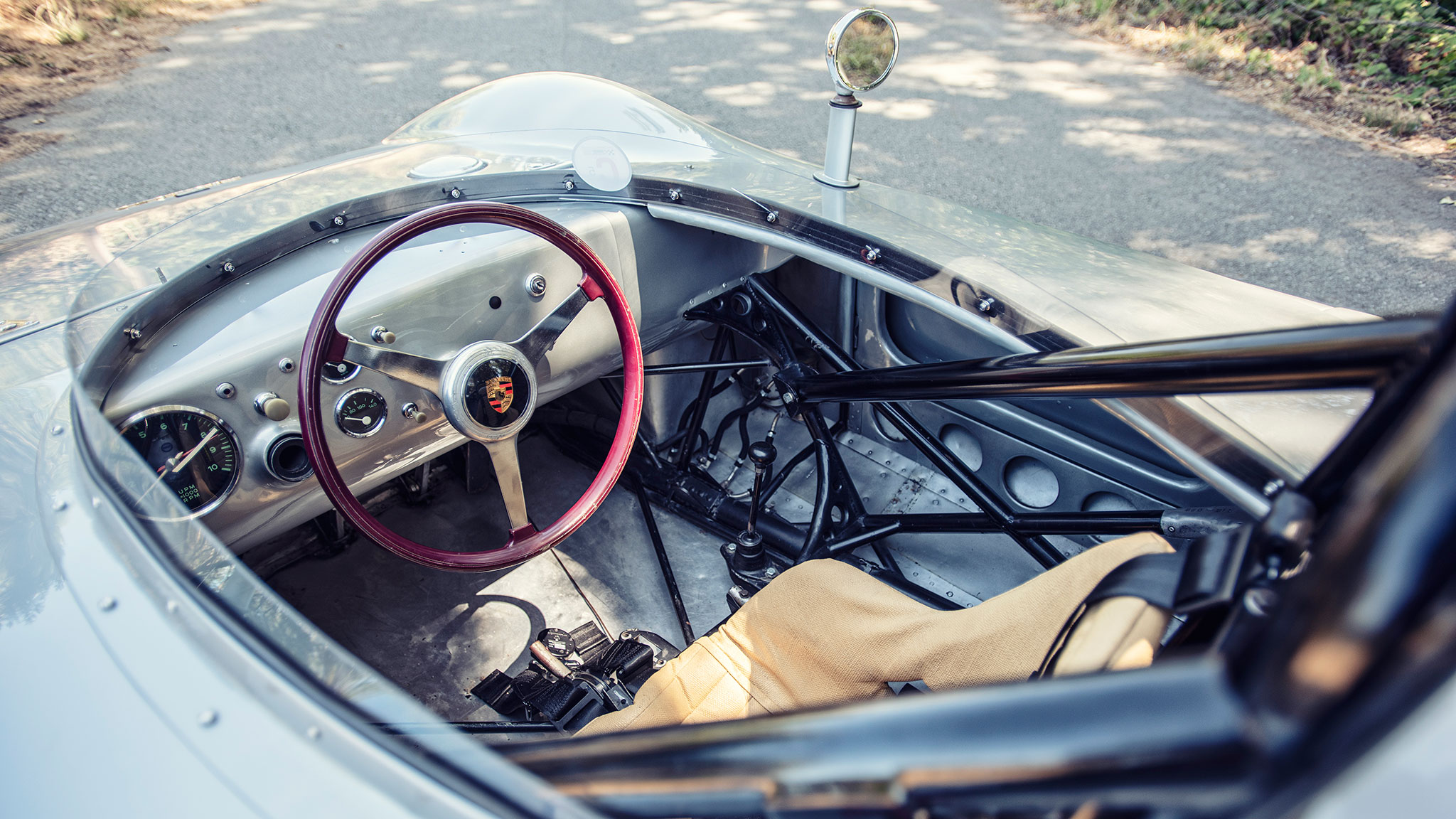 Delivered new to Belgium, this very RSK won several races in period, including the 1959 and 1960 Leopoldiville Grand Prix (the 1959 race was the car’s first ever), along with the 1959 and 1960 Lance Anvers hillclimb, the 1960  Montlhéry Coupe de Paris and the 1960 Angola GP. Since then, the car has been vintage raced frequently after being found languishing in an Ohio-based collection and being purchased by the consigning owner. The RSK has also completed each and every Porsche Rennsport Reunion so far, a streak that the new owner will certainly want to keep going. 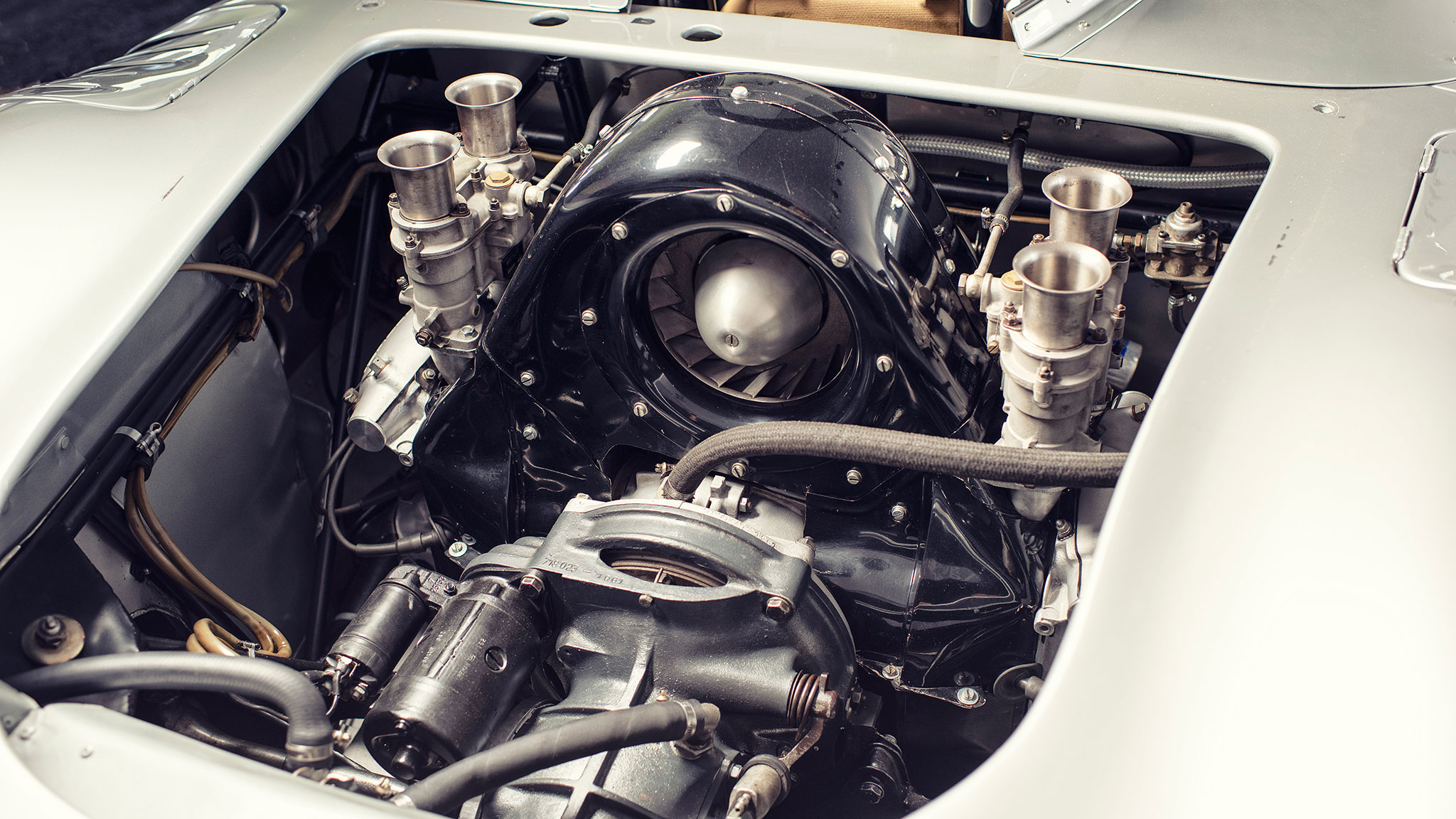 Many RSKs that were raced in period, as this one was, were subjected to plenty of body and mechanical damage, but not so chassis 028. It is claimed to wear its original Wendler alloy bodywork as well as its original engine and transmission. Spares include uprated front disc brakes, a Le Mans-style auxiliary fuel tank, a 2-seat configuration windscreen, attachable roof and an extra clutch and flywheel. 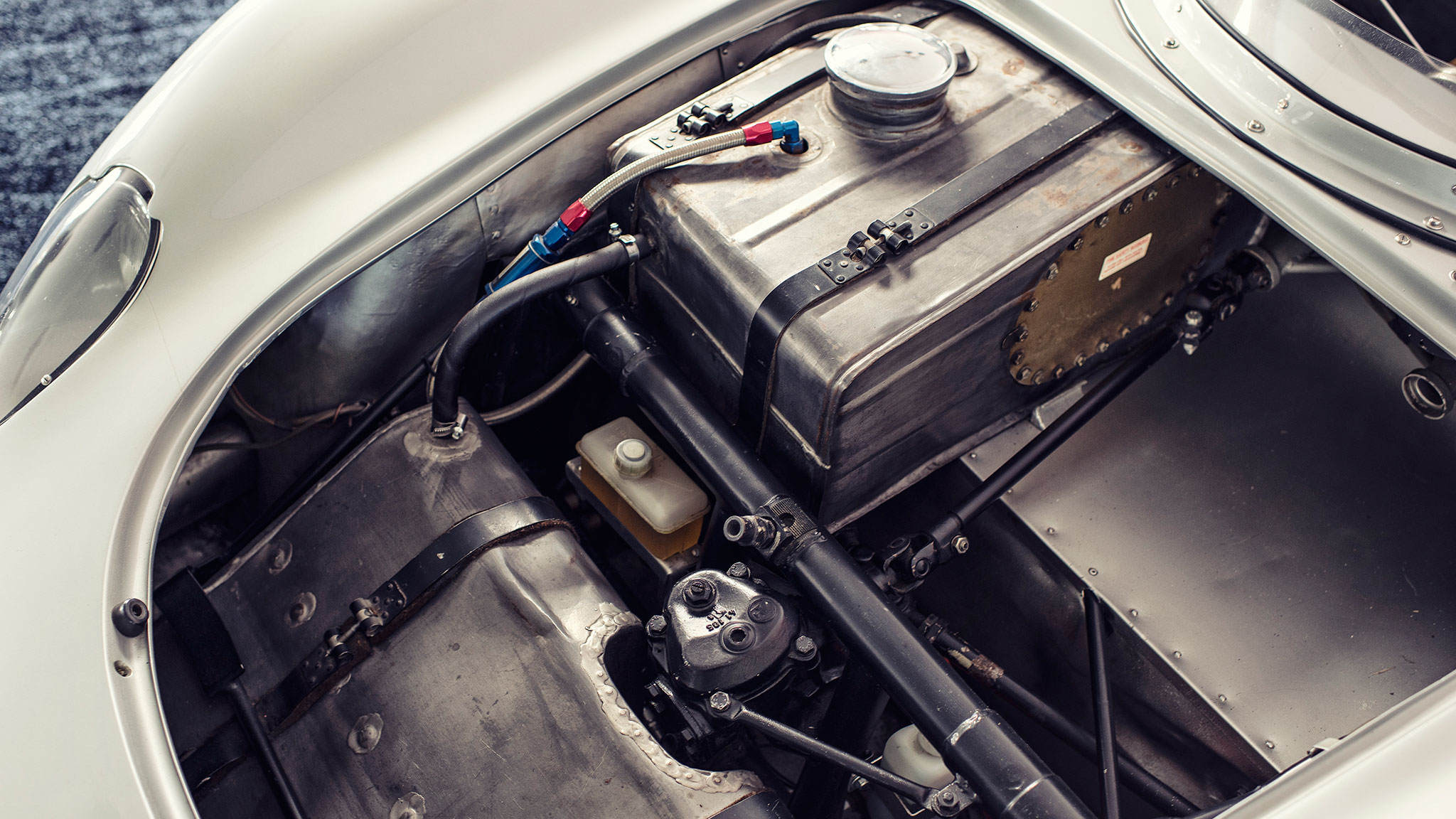 What should you expect to pay for such a storied racer? We typically see RSKs fetch between $3 million and $4 million at auction, but this car’s originality, winning period race history and rare factory center seat configuration could well give it the boost it needs to exceed less pedigreed examples. Stay tuned and we’ll find out come this Friday after the 2019  Bonhams Quail Lodge auction wraps up. 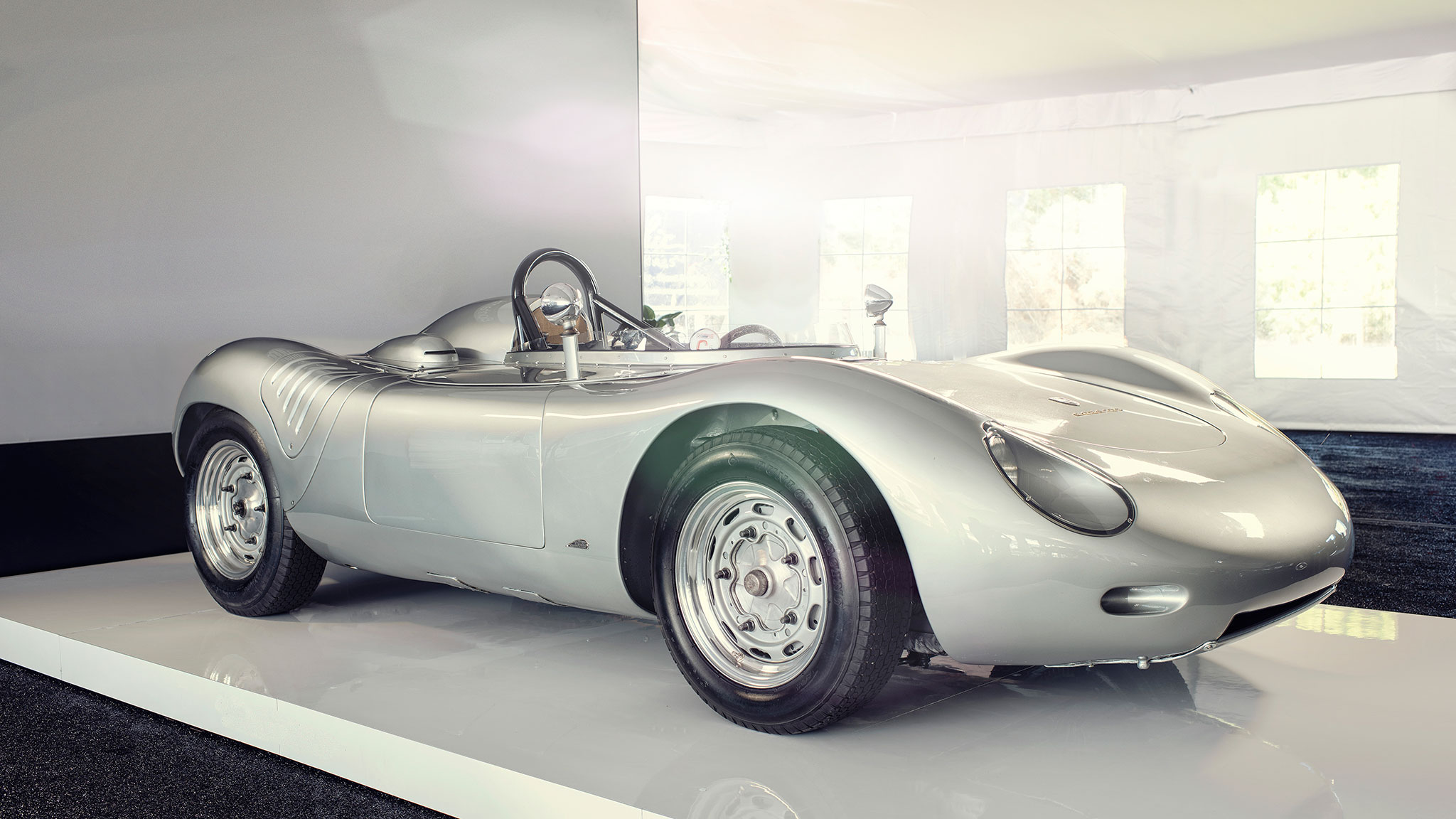 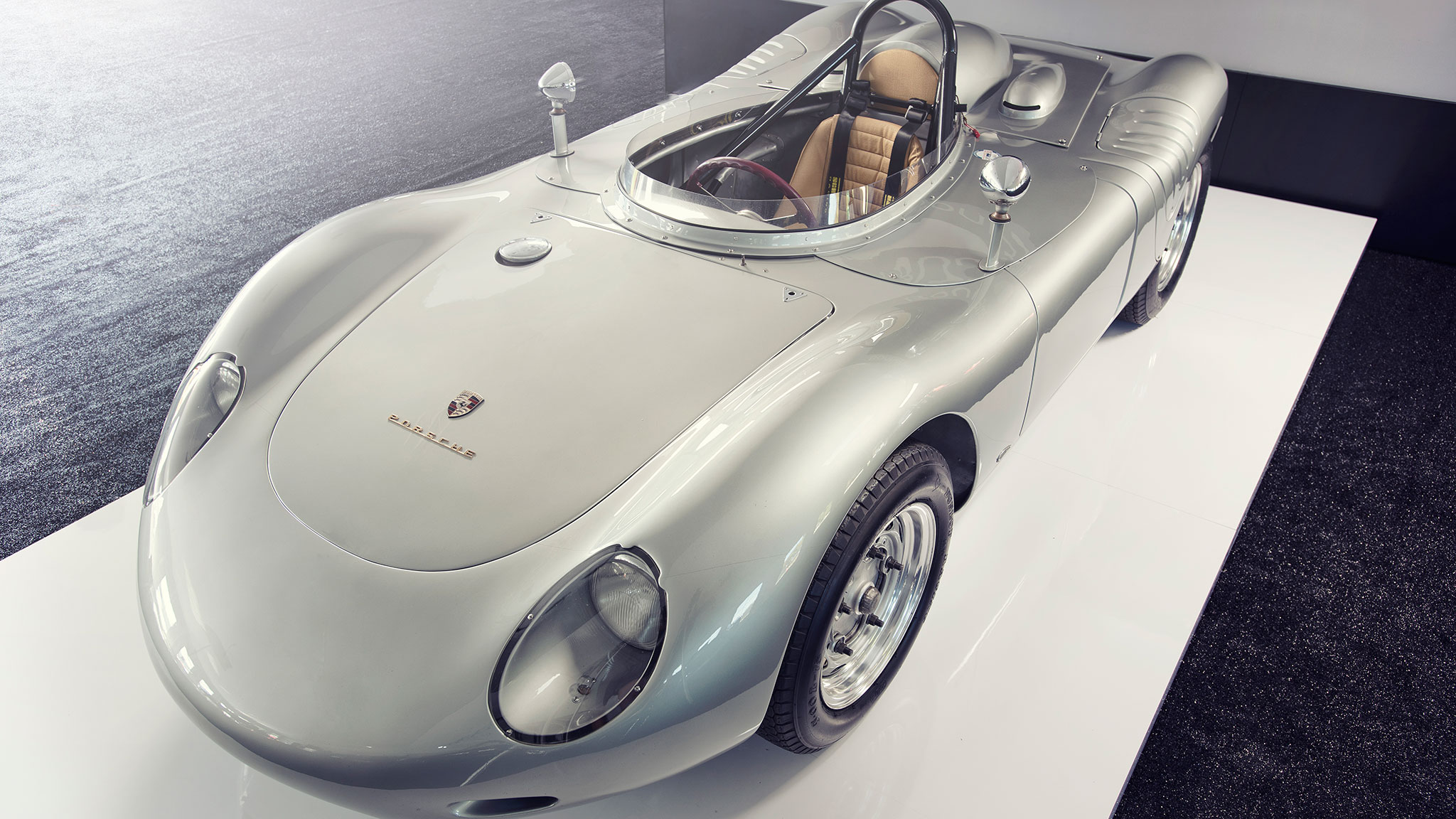 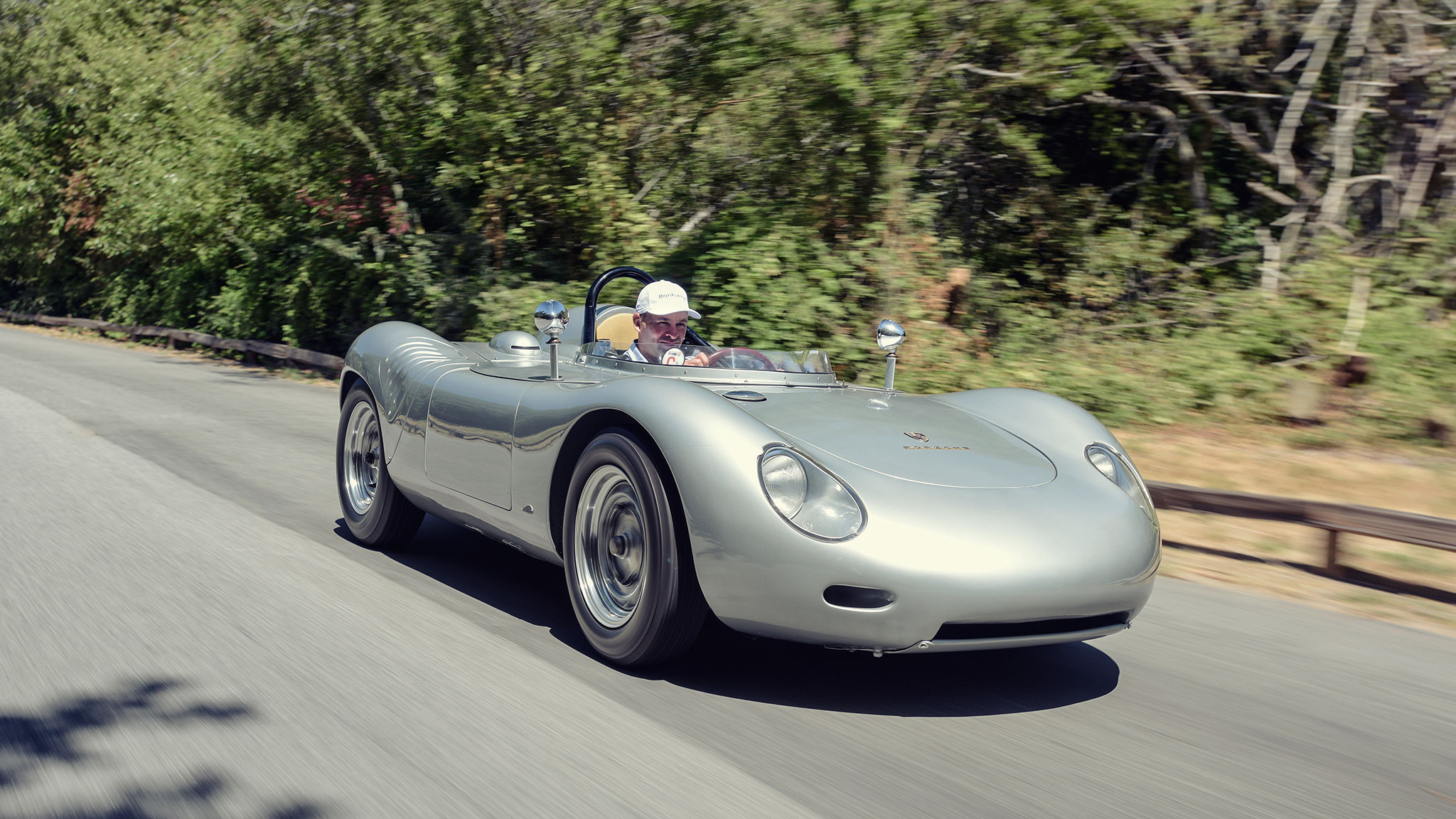 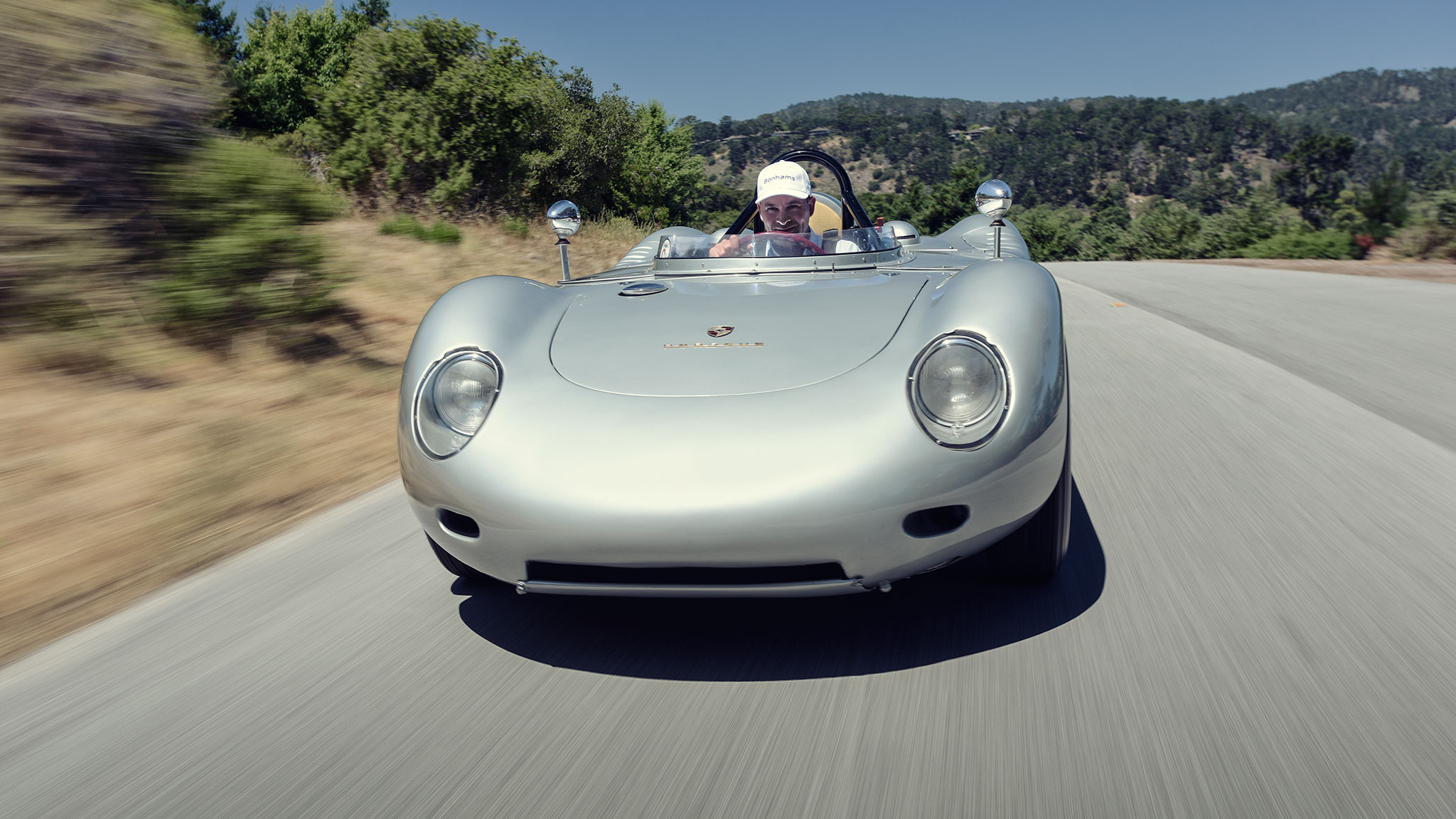 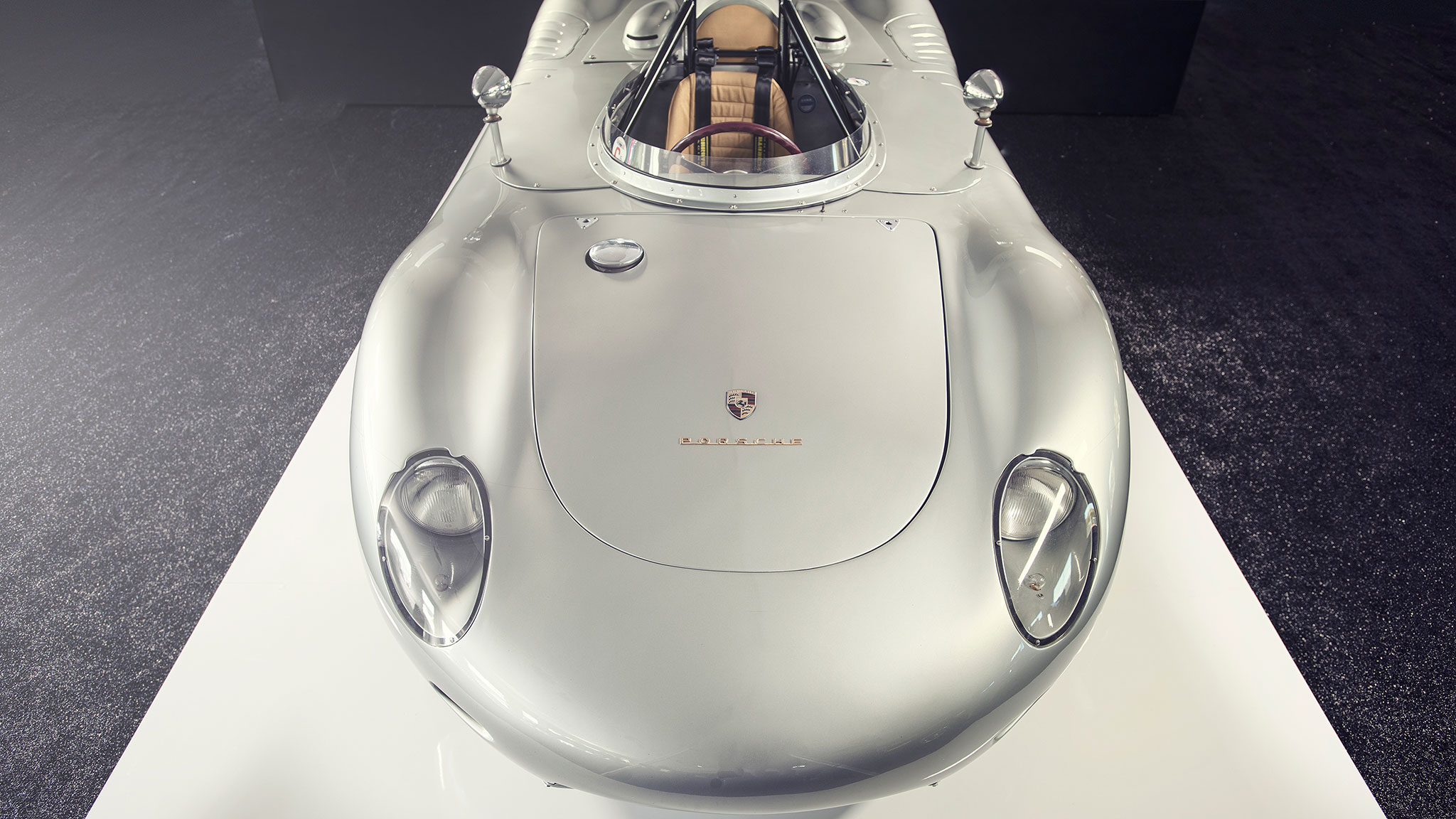 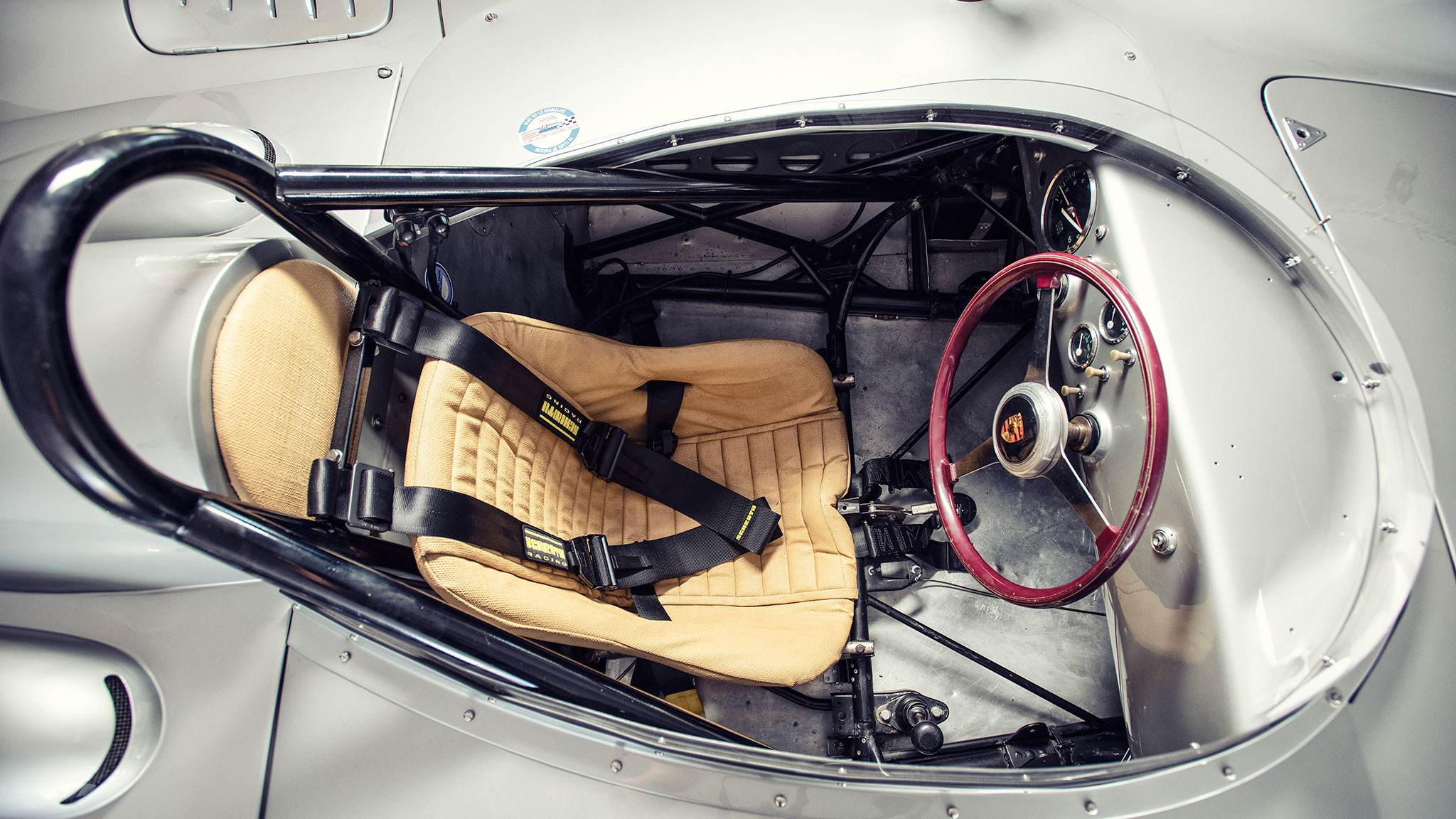