It’s made by Advanced RV and it’s packed with features normally found in larger RVs.

Advanced RV knows a thing or two about utilizing limited space in a van platform. We’ve seen some impressive Mercedes-Benz Sprinter conversions from the company before, notably an off-grid adventure vehicle and a curious creation with an interior greener than the Incredible Hulk. This latest project doesn’t really convert an existing Sprinter as it does upsize it to a box van, but the modest exterior shape contains a next-level array of features.

It’s called the B Box, a name that Advanced RV says reflects this being a van-based Class B motorhome. It starts as a Mercedes Sprinter chassis cab, at which point Advanced RV bolts up a custom living box built from fiberglass, plywood, and closed-cell urethane foam. The design makes it well-insulated for four-season use, however, the exterior dimensions exactly match those of a typical Sprinter conversion van. As such, its exterior footprint is that of a van but inside there’s an extra nine inches of width, and the ceilings are 80 inches tall. 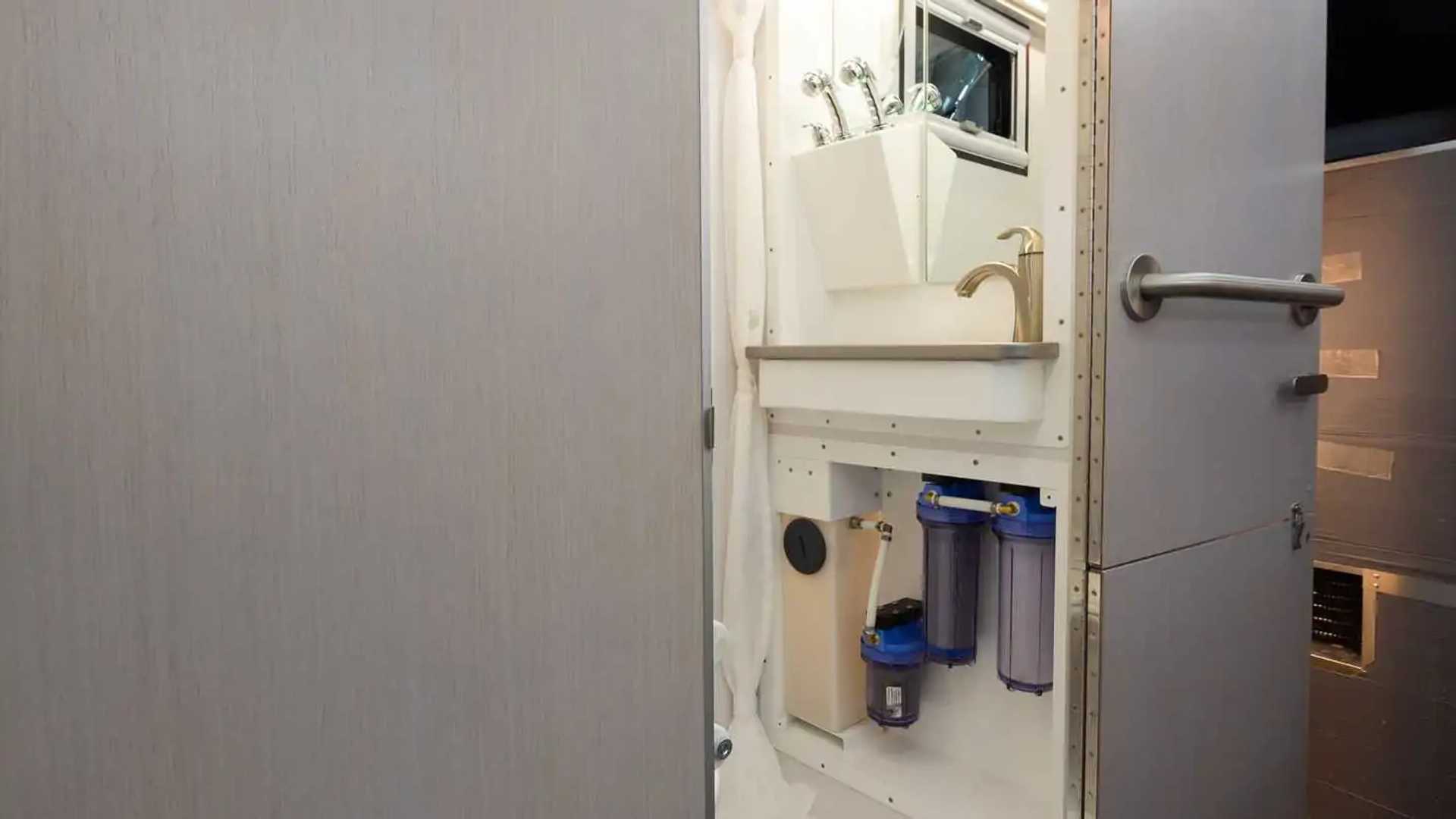 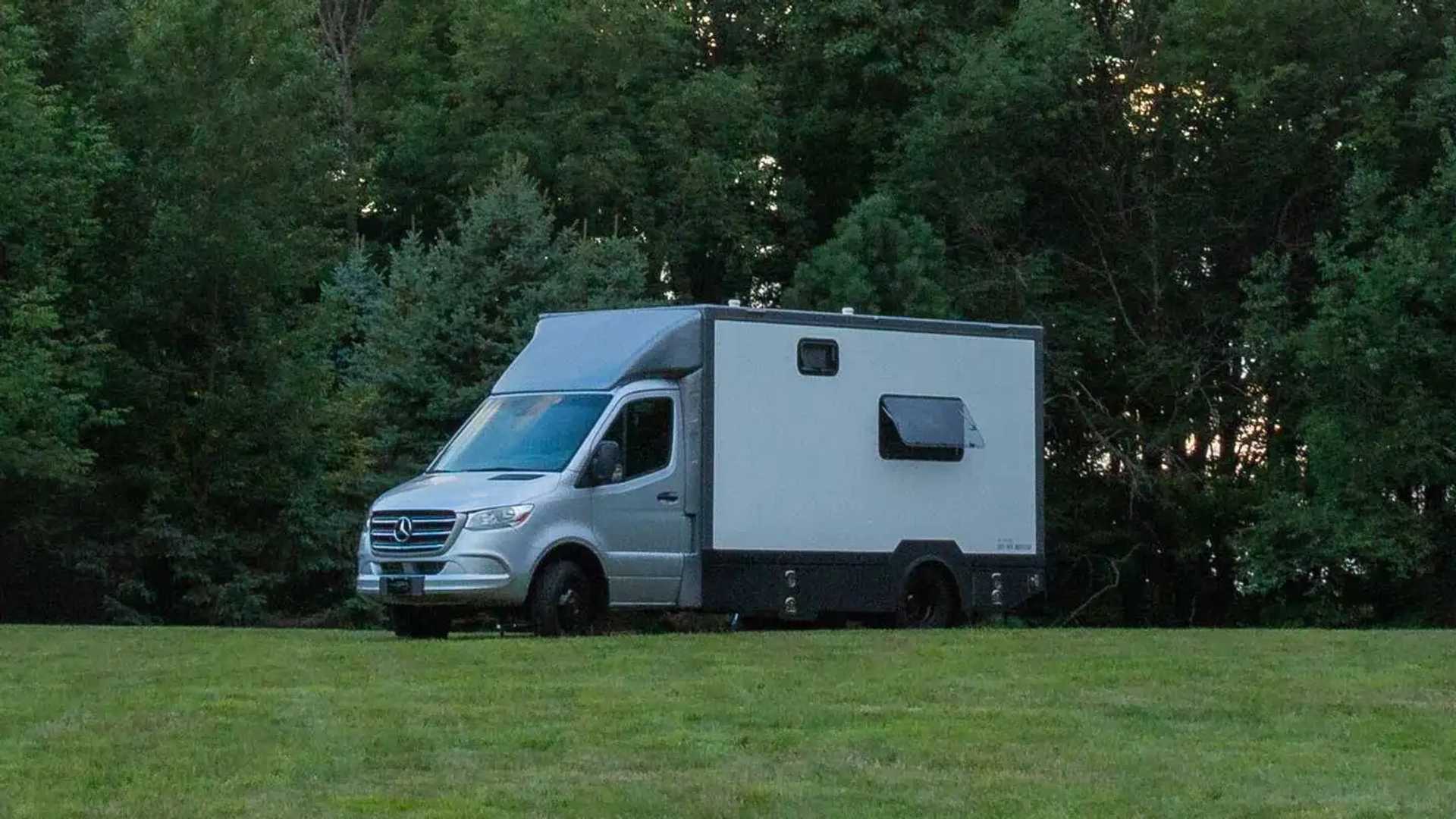 Even more impressive is everything the B Box carries. It has all the features of a large motorhome, including a full kitchen and bathroom with a shower fed by torrents of water. It carries a 50-gallon freshwater tank, along with a pair of 27.5-gallon tanks for gray and black water. A neat shower recycling system is available that cleans and disinfects shower water, allowing the water to be used repeatedly. The recycled water also flushes the toilet, and tanks are heated by an in-floor heating system that also provides heat for passengers.

When it comes to power, a 48-volt 15.2 Kilowatt-hour lithium battery system is part of an advanced electrical system. Charging comes via an additional alternator mounted to the Sprinter’s engine, and it’s all controlled through a software suite designed by Advanced RV and controlled through touchscreen interfaces. And the interior is so airtight, an air exchanger is used to ensure fresh airflow for those enjoying the B Box living quarters.

Technically speaking, the B Box is currently a prototype but it’s expected to cost between $300,000 to $500,000 depending on options and equipment. That’s certainly not cheap, but it’s comparable with other Advanced RV builds and it certainly punches above its weight class in terms of features and capacities.