Sharper styling for the Bolt EV, and a larger Bolt EUV crossover to boot.

The first Chevrolet Bolt rolled off the production line late in 2016, introducing buyers to the American brand’s first mass-market EV (not counting the limited-production EV1 from the early ’90s). Now, following five years of Bolt sales, Chevy has totally revamped the beloved EV for 2021 – and it now comes in two sizes.

The 2022 Chevy Bolt EV and Bolt EUV (the slightly larger model) debuted today with more modern looks, updated interiors, and up to 259 miles (416 kilometers) of range in the standard model. The larger Bolt EUV, meanwhile, offers 250 miles (402 km) of maximum range. Both of these models will enter production sometime this spring before going on sale in the summer. And better yet, the base Bolt EV undercuts its predecessor with a starting price of $31,995, while the larger EUV costs $33,995 to start.

The 2021 Bolt EV, as mentioned, is the entry point into the nameplate. Essentially a refreshed version of the previous model, the compact crossover features an aggressive front-end design with slim daytime running lights and turn signal indicators located high on the fender, with headlights located just below that. The upper portion of the hexagonal grille, meanwhile, gets a new body-colored accent instead of the black plastic found on the predecessor.

The Bolt’s interior sports a significant update, highlighted by a fully digital instrument cluster and a new 10.2-inch touchscreen. The central screen has a fresh interface, as well as standard Apple CarPlay, Android Auto, a 4G LTE wi-fi hotspot, and wireless charging. Also new are the seats, which designers fully revamped to make more comfortable, covering them in high-quality faux leather with contrast stitching. And the center console features a new push button-shifter with an optional one-pedal driving button.

Mechanically, nothing changes on this new Bolt. The same 65.0-kilowatt-hour battery pack carries over with 200 horsepower (150 kilowatts), 266 pound-feet (360 newton-meters), and up to 259 miles of range. Unfortunately, the company has no plans to move the Bolt onto GM’s new Ultium platform. The good news is, DC fast charging is standard on both models, delivering up to 100 miles (161 km) of range in just 30 minutes, and a new cord with an interchangeable plug allows you to charge at both 120 and 240 volts, which comes standard on the EUV and is optional on the smaller EV.

The Bolt EUV is a brand-new variant of the electric crossover for 2022, and although it looks very similar to the smaller Bolt EV, this version is actually 6.0 inches longer with a wheelbase that’s just over 3.0 inches longer than the traditional model. However, that newfound length only translates to a slightly roomier second row. The EUV gets 39.1 inches of rear legroom versus the Bolt EV’s 36.0 inches – otherwise, the two are almost identical in terms of passenger and cargo volume, with slight variations here and there.

Technically speaking, the EUV has all of the same specs as the Bolt EV, too: a 65.0-kilowatt-hour lithium-ion battery pack, DC fast charging capabilities, and a cord with an interchangeable plug that allows it to charge on both 120- and 240-volt outlets. But due to its larger size and heavier curb weight (3,679 pounds), the EUV returns a slightly reduced 250 miles of range.

Both the Bolt EV and the larger EUV come standard with Chevy Safety Assist, which includes automatic emergency braking, forward collision alert, lane-keep assist with lane-departure warning, and front pedestrian detection. But only the larger EUV offers the company’s lauded Super Cruise active safety system available as an option, which makes it the first non-Cadillac with the option. Two other add-ons that the EUV gets over standard Bolt EV is a sunroof and navigation.

As mentioned, the base Bolt EV starts at $31,995 – which makes it $4,505 more affordable than last year’s model. The 2021 Bolt costs $36,500. The larger Bolt EUV, meanwhile, starts at $33,995 for the base version (which, again, makes it cheaper than last year’s version) or $43,495 for the limited Launch Edition model. The Bolt EUV Launch Edition will offer special standard features like Super Cruise, a sunroof, specific wheels and badging, and an illuminated charging port.

The Bolt EV and Bolt EUV go on sale this summer. Buyers interested in pre-ordering either of these two electric crossovers can head over to the Chevy website right now and place a pre-order. 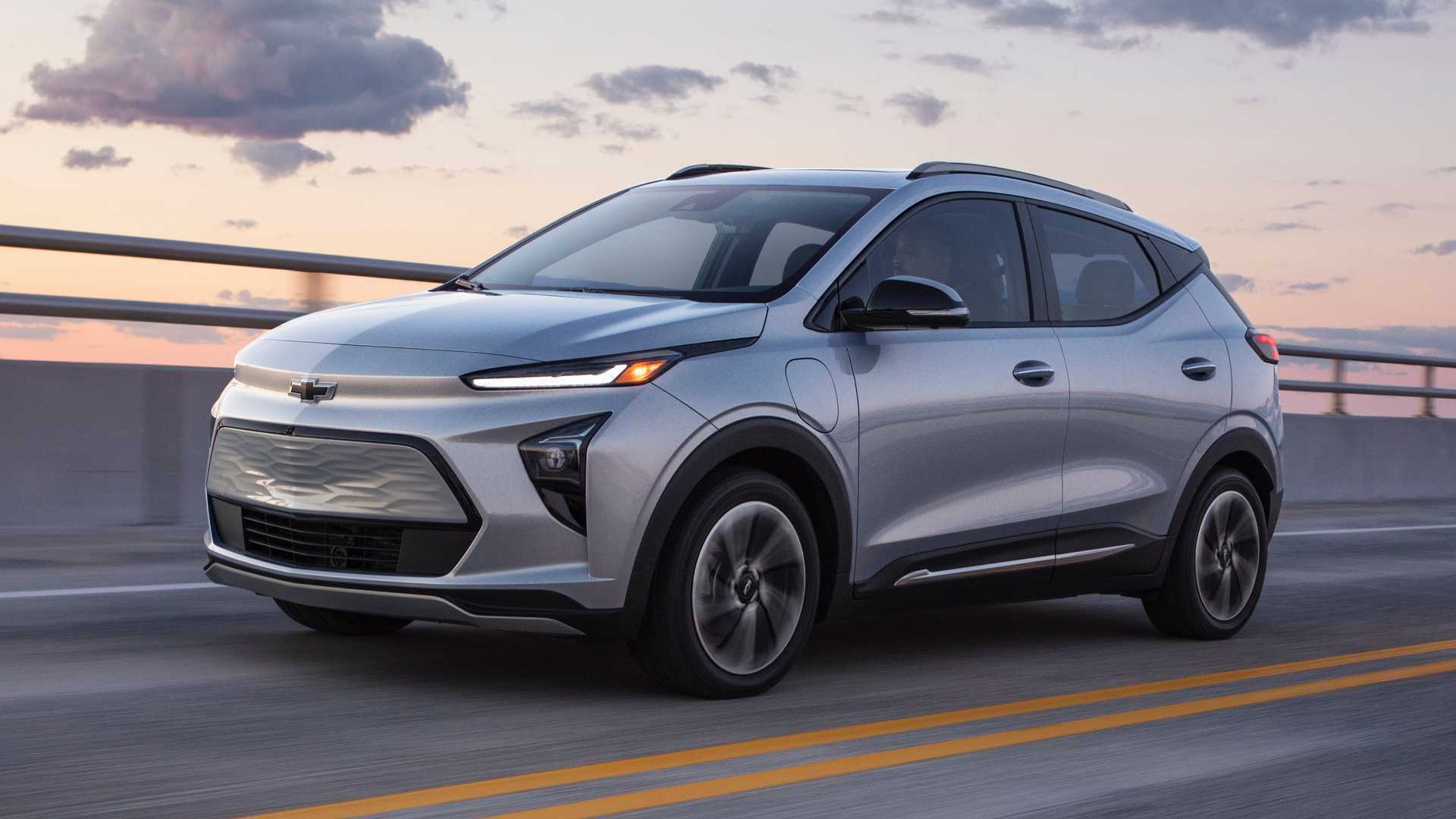 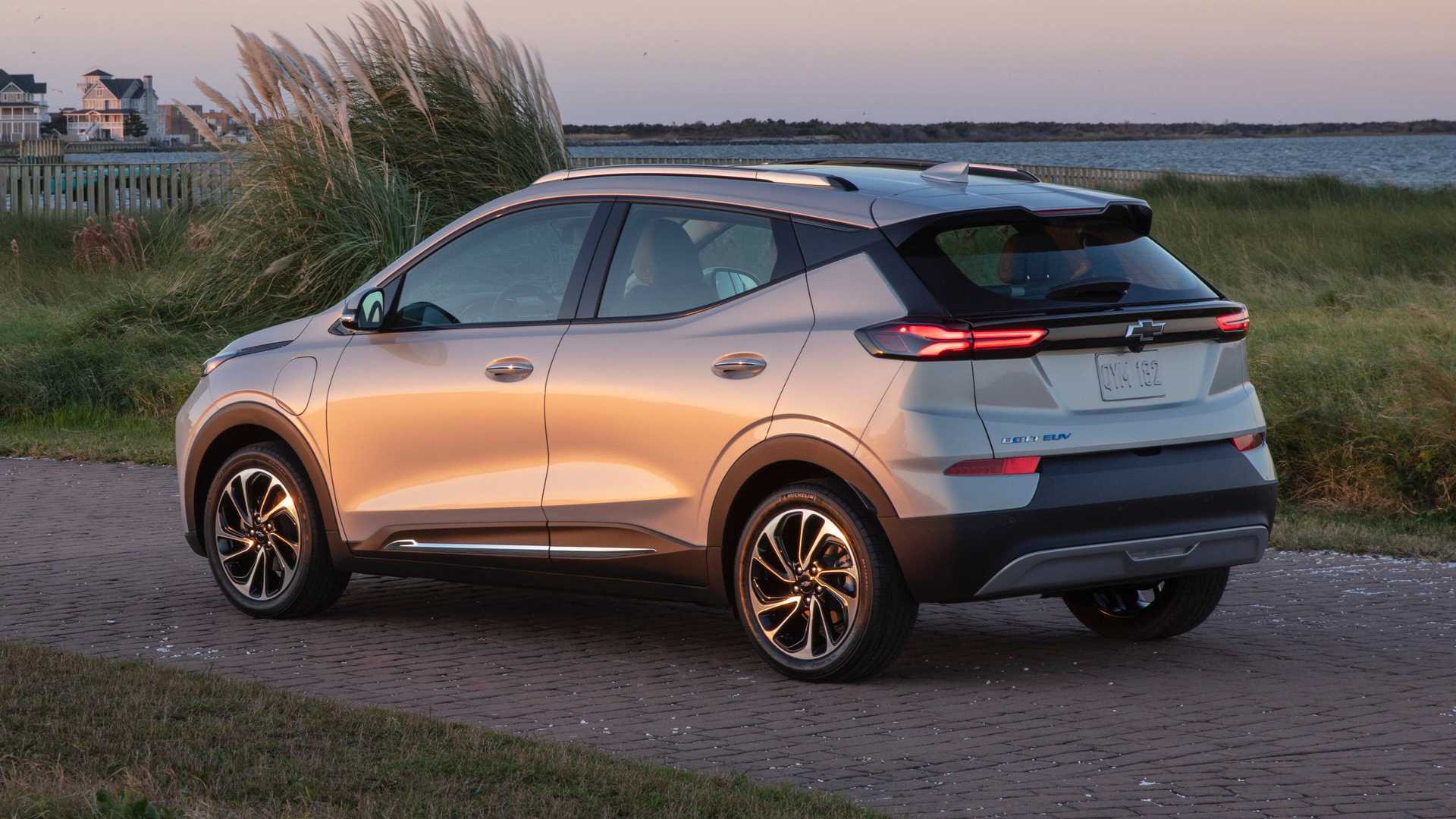 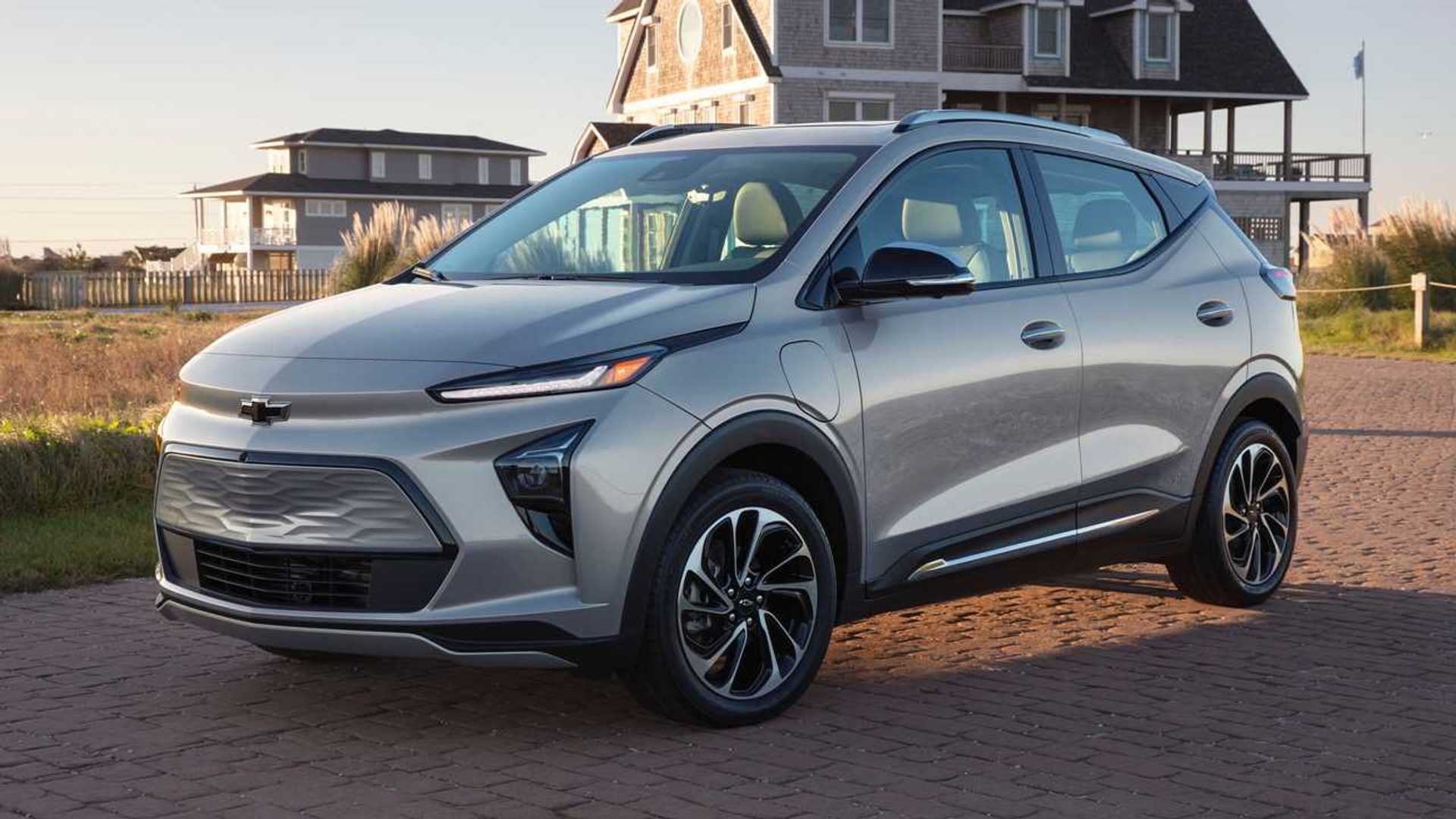 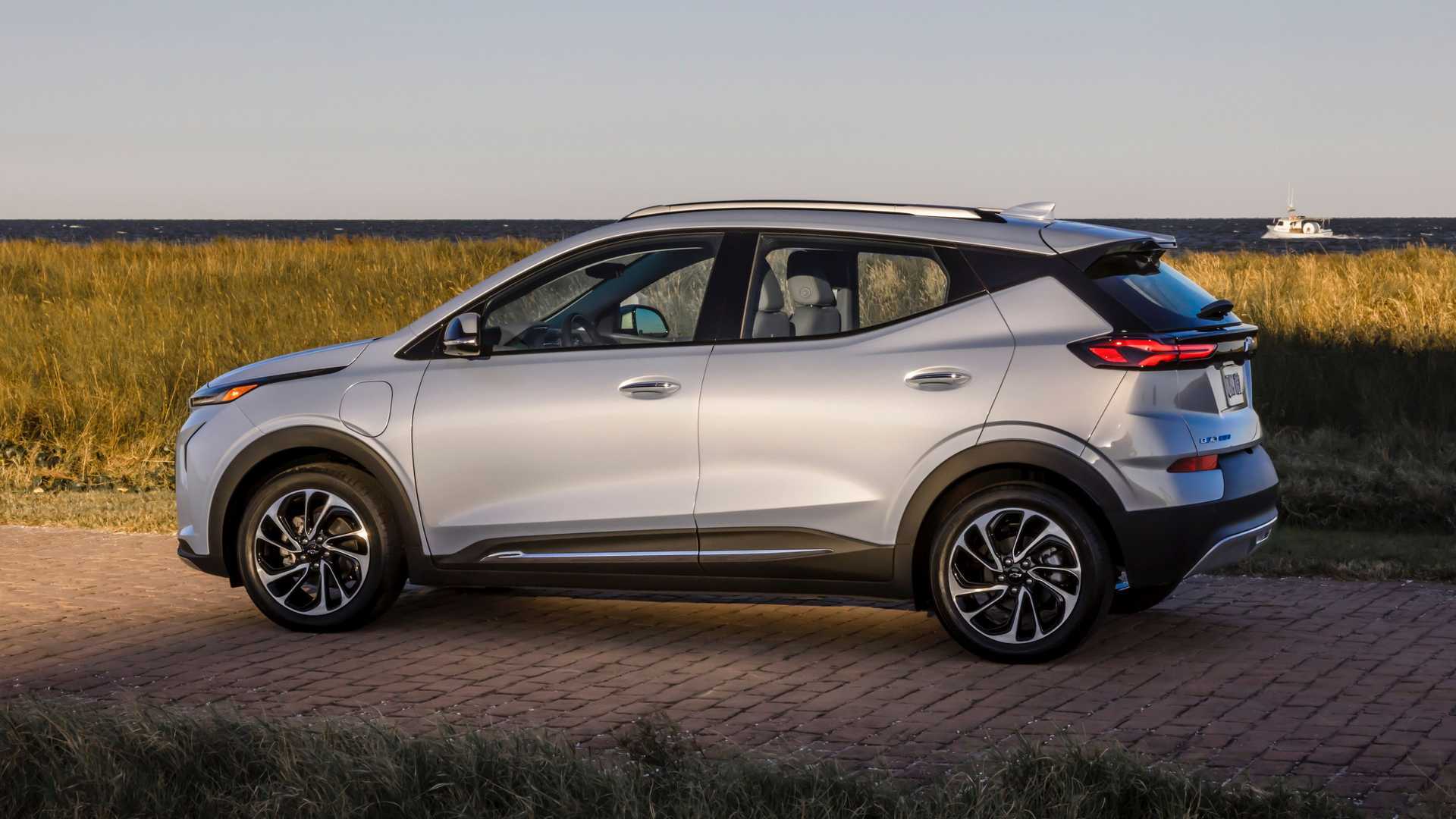 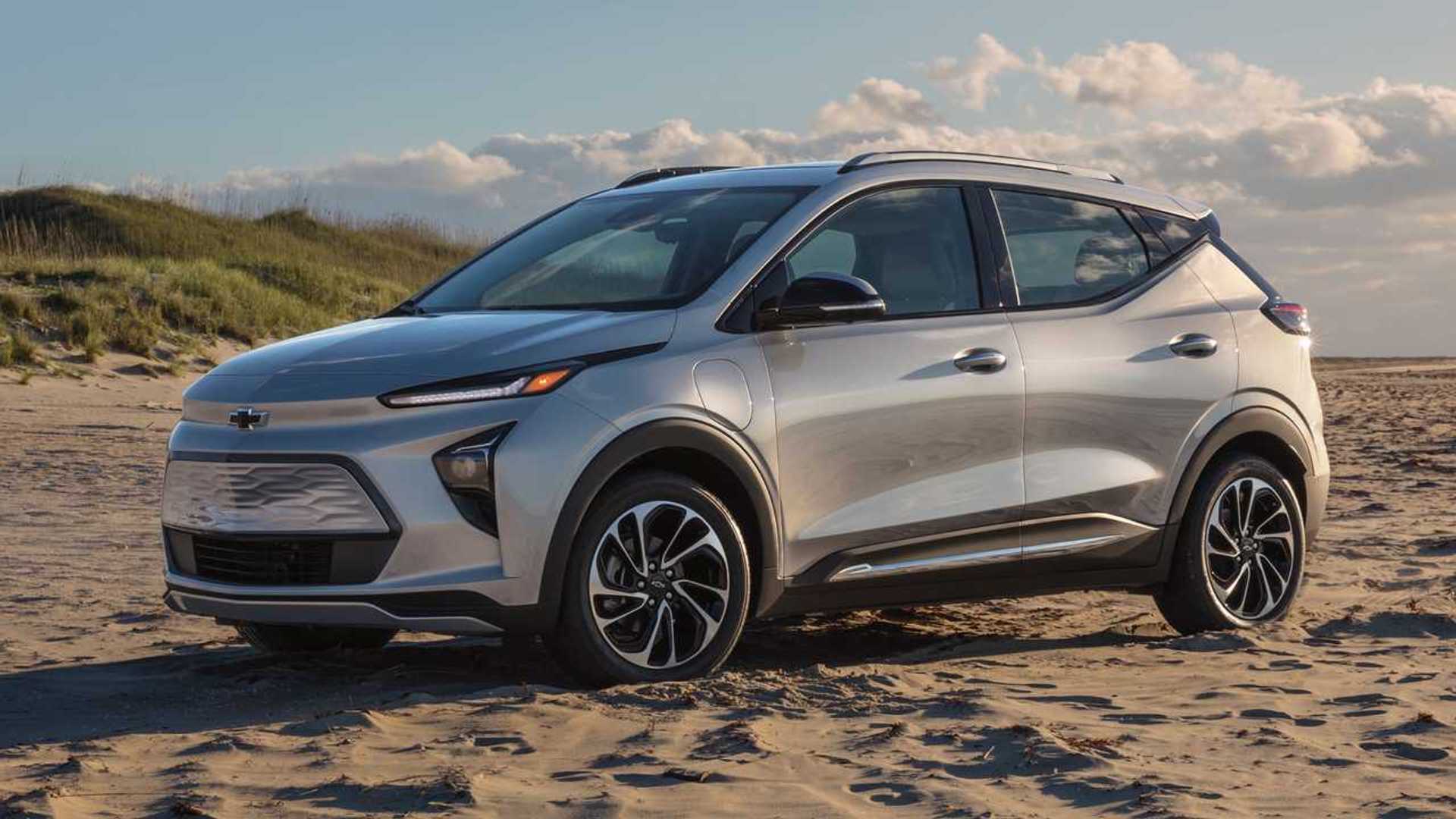 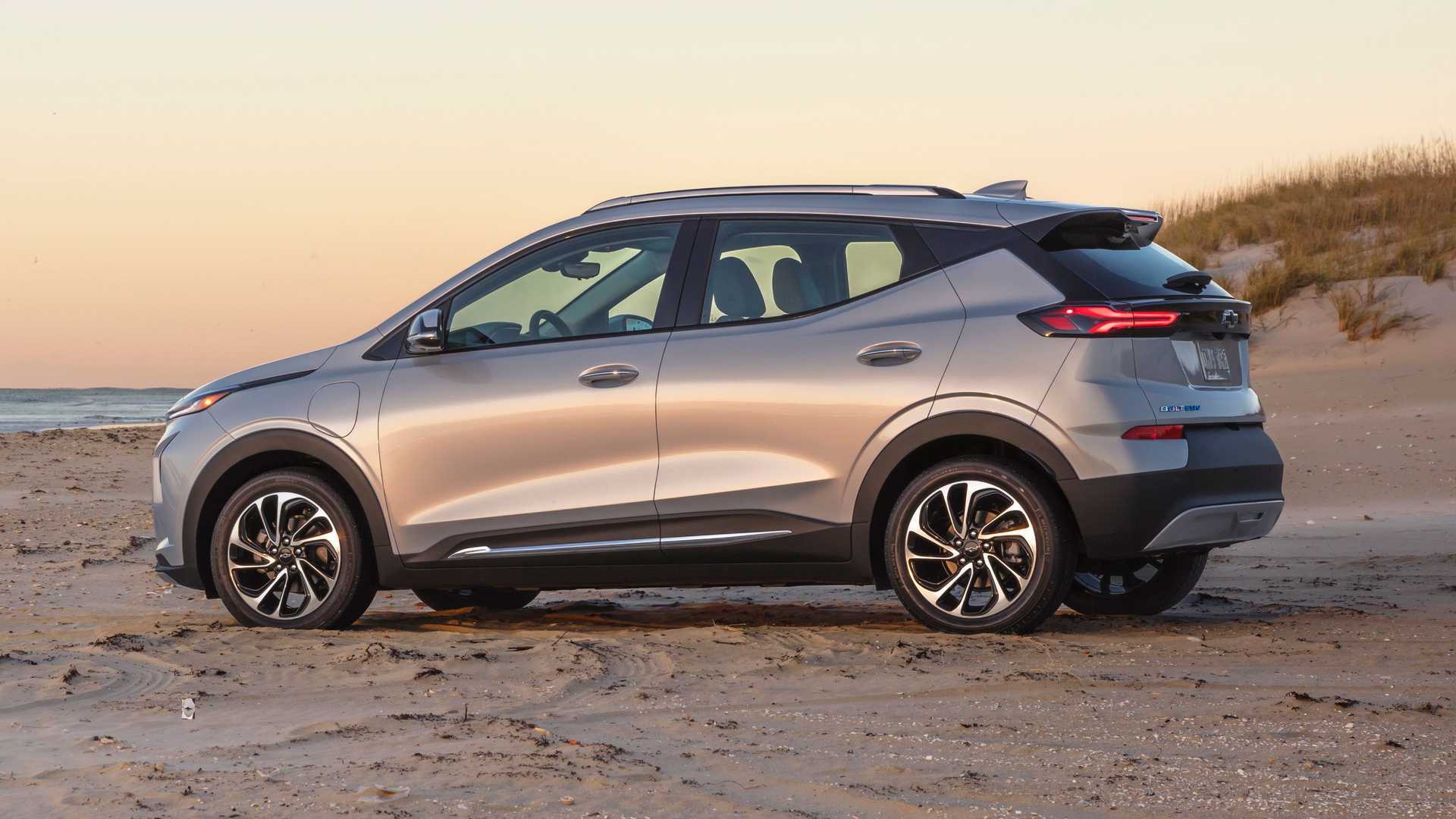 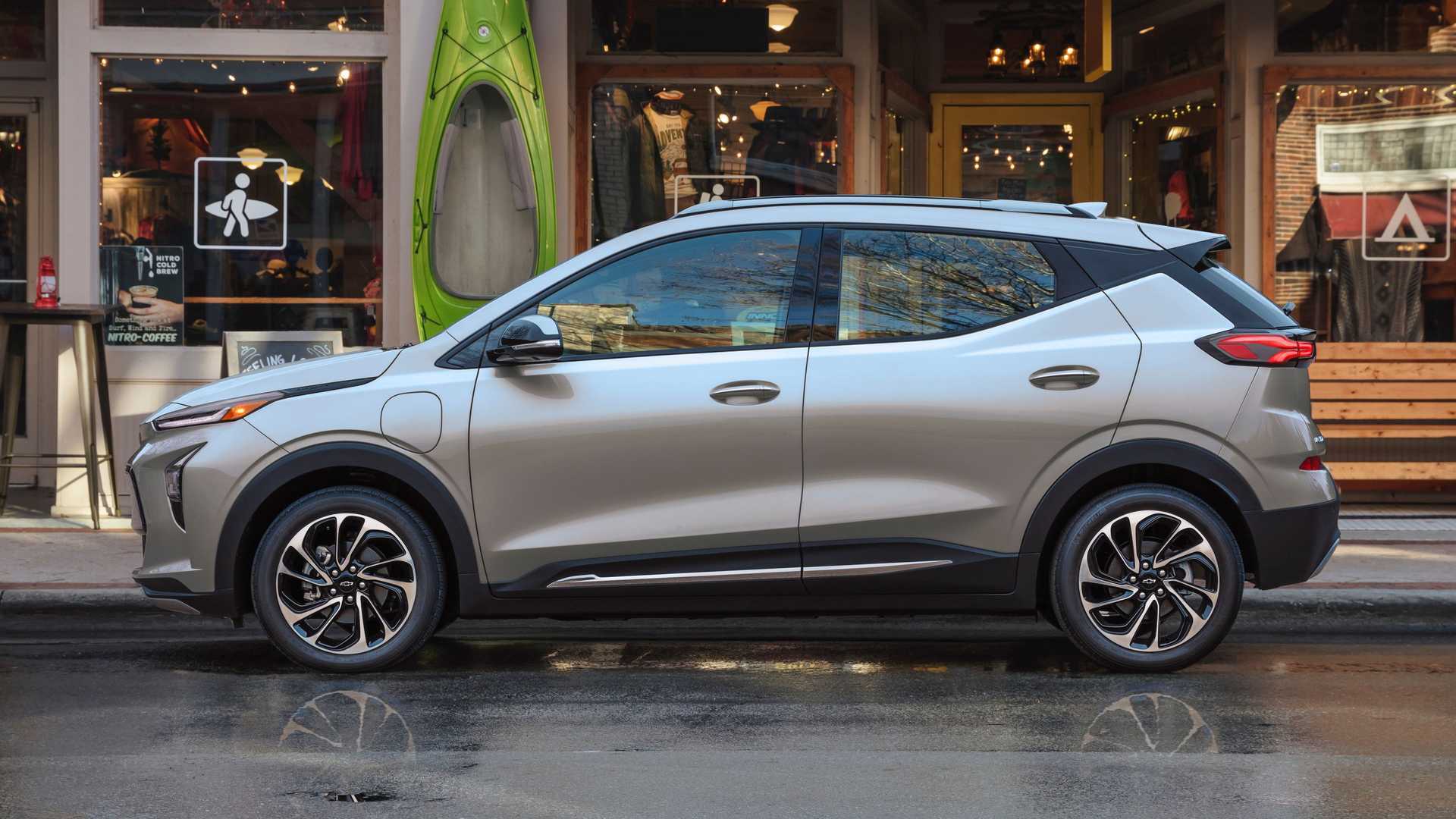