Tesla has recently updated its Chinese online design studio and it now shows 635 km (395 miles) of range for the Made-in-China Model 3 Performance version, announced in April and scheduled for Q1 2021.

A prominent Tesla blog, Electrek, alerted the EV world that the Model 3 Performance will have more range “Tesla announces Model 3 Performance range increase in China.”  We carefully checked the results, as initially the car was rated at 530 km (329 miles). 105 km (65 miles) or 20% more does not happen every day, after all. 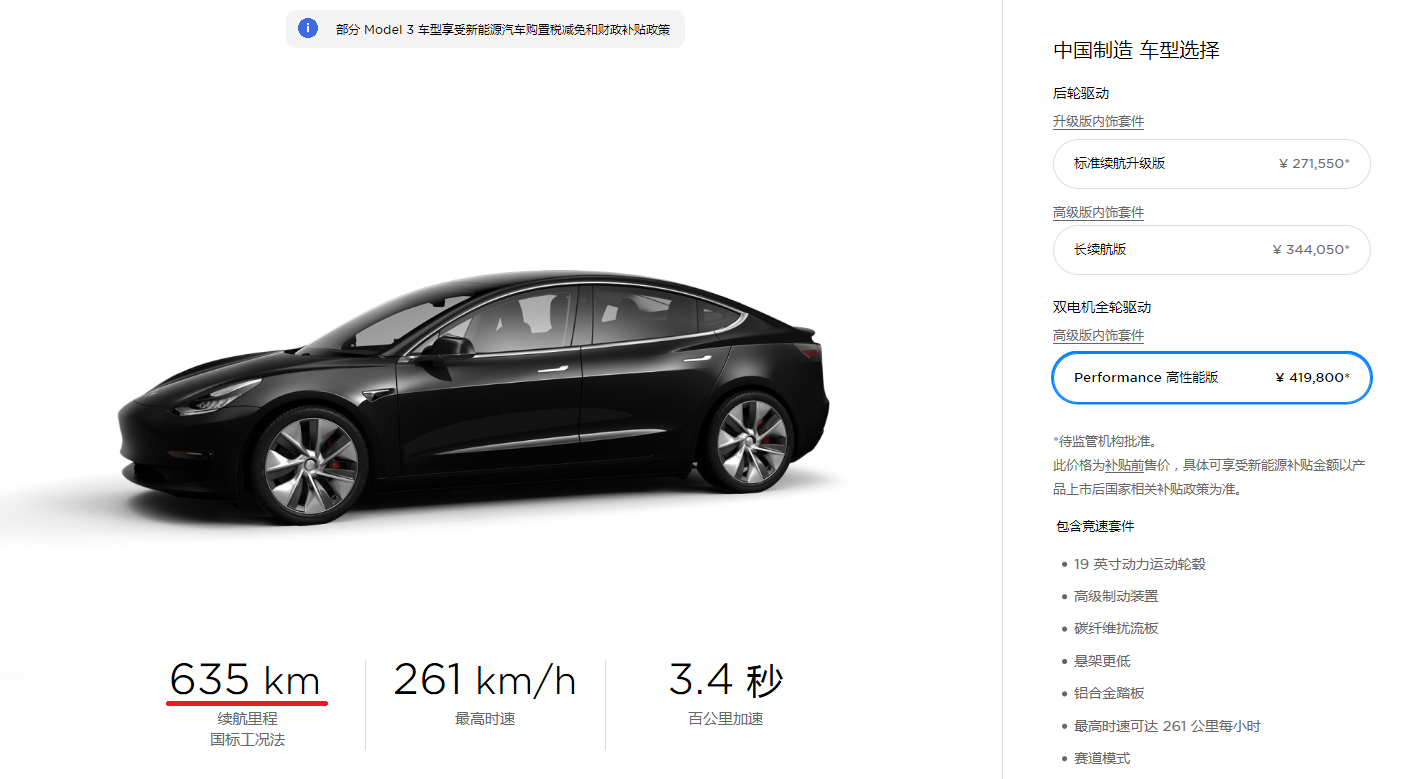 As it turns out, there is nothing more than a misunderstanding as the new rating is for the highly optimistic NEDC test cycle, while the previous one was for the more demanding WLTP (it’s even in our report from April).

Tesla simply switched from WLTP (a number basically copied from Europe) to NEDC used in China (by the way, NEDC was previously used in Europe). Here is the WLTP rating in Germany: 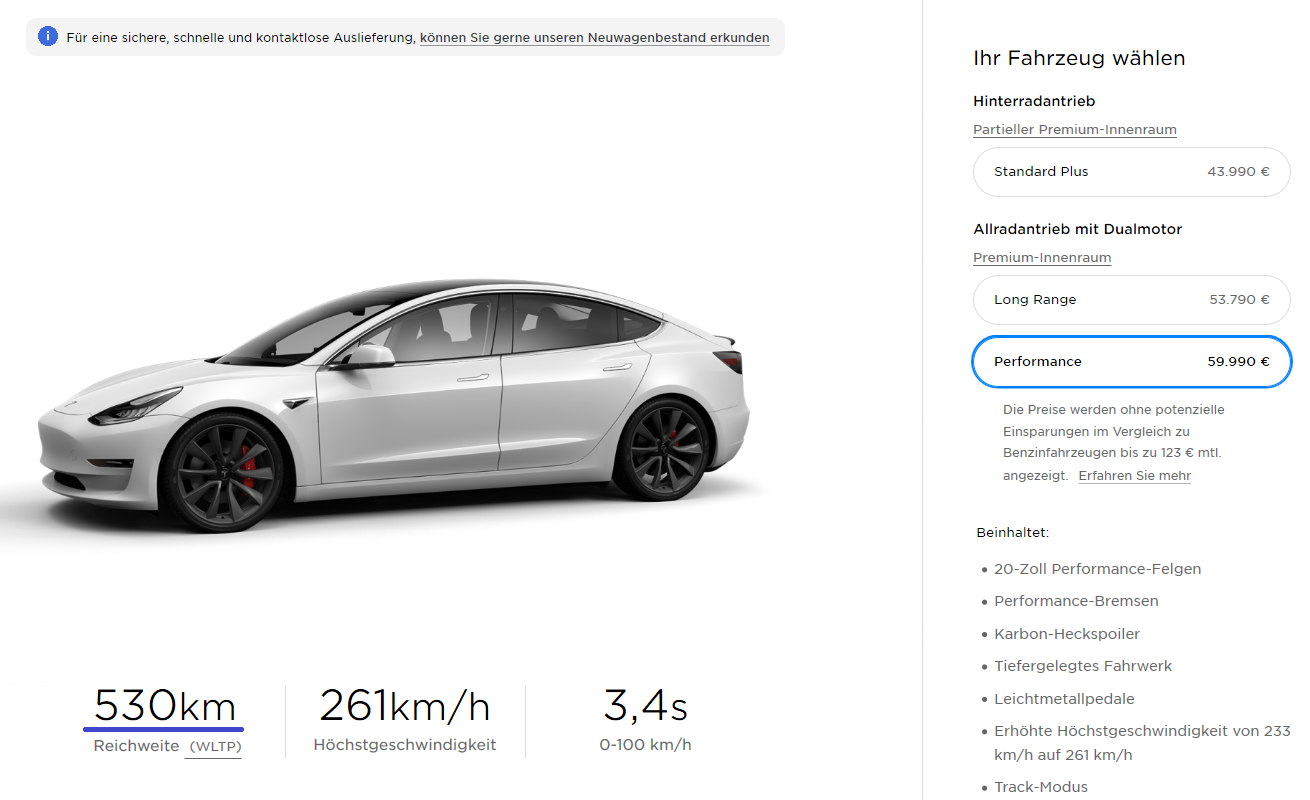 This example shows us how news can be made out of thin air these days. We are entering an era of producing gasoline from the air after all, at least according to some manufacturers that were supposed to focus on going electric.

Just in case, we add in advance that the Model Y range in China is also shown in WLTP today, and it will probably change to a higher value in the NEDC cycle later (no battery breakthrough needed).

Let’s use that opportunity to take a look at the current offer of Model 3 in China: