The plant is still under construction, ahead of production start by the end of this year.

It was quite a ride for Tesla to start the Giga Berlin project in Grünheide near Berlin in Germany. First, the company had to prepare the site, which started in mid-February 2020. The actual construction work, under only an early, partial permit (at Tesla’s own risk), started in late May 2020.

It’s now around a year since the construction started, but the plant is still not ready. The work multiple times was paused or at least constrained – partially due to environmental activists and some bureaucracy (we are not in a position to judge whether there were reasons for that on the Tesla side as well). Maybe even the lockdowns played a role.

Anyway, unlike the first phase of Tesla Giga Shanghai in China, which produced the first cars within about a year, Tesla Giga Berlin is not yet completed. The good news is that the work is in a really advanced stage. Some buildings and the infrastructure need to be completed. Then the company needs to complete the installation of production equipment.

The production of the first Made-in-Germany (MIG) Tesla Model Y for Europe should start by the end of this year. It’s crucial for Tesla to launch the Model Y as soon as possible and return to the path of growth in Europe.

An important part of the equation is batteries, as the MIG cars were expected to get Tesla’s new 4680 cylindrical battery cells. At 15:24 we can take a look at the construction of the warehouse/battery factory at the Giga Berlin. Is this the facility where Tesla will produce battery packs (potentially the structural battery packs)? The large steel mesh looks interesting. We guess it might not be a usual building. 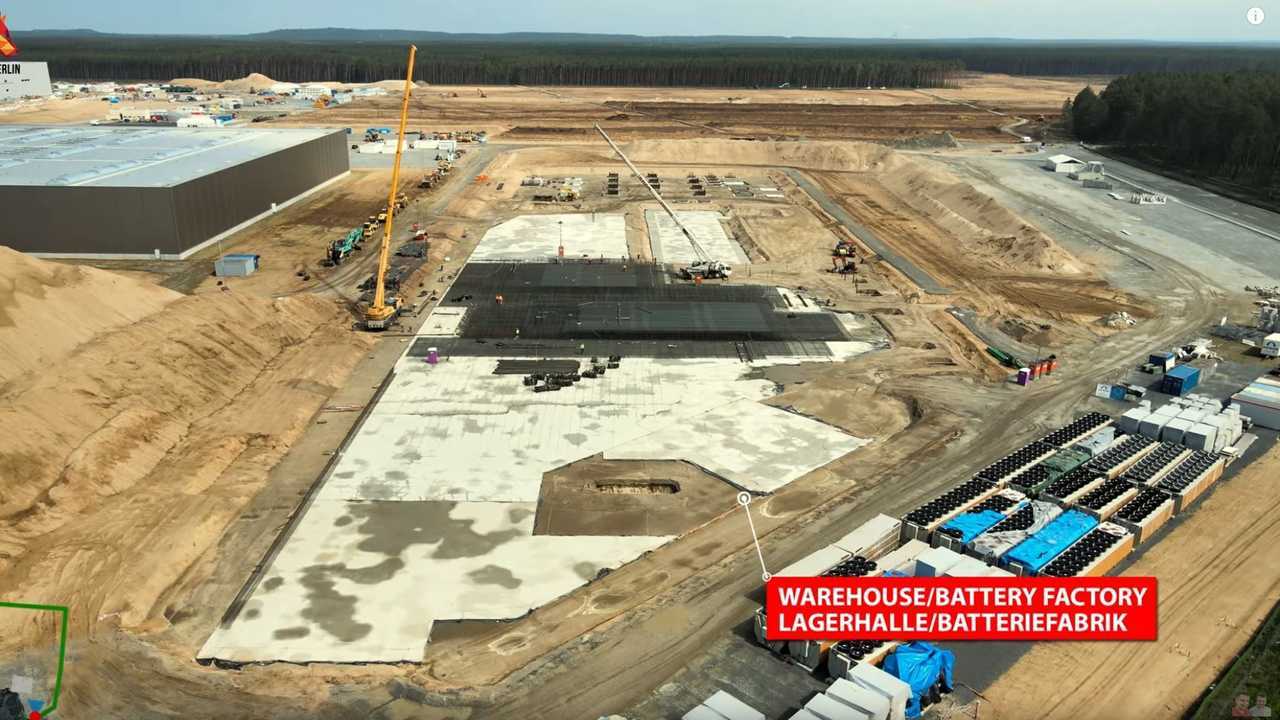