While Tesla has proven it can make plenty of profit on its EVs, CEO Elon Musk has made it clear many times in the past that he’s not so concerned about making huge profits from Tesla charging or service. Instead, these are areas Tesla aims to improve to make its owners’ lives easier. That said, the US EV maker is offering free Supercharging in some busy areas over the Thanksgiving holiday weekend.

While some Tesla owners may not be overly concerned about the cost of Supercharging, they’ll likely be unhappy when they arrive at a Supercharger station over Thanksgiving to find that they’re stuck waiting in a long line. We’ve seen gas stations with lines over holiday weekends, but the situation at some Superchargers over the past few years has worked to get many peoples’ attention.

Waiting in line for gas, especially in cold weather, is certainly not fun. However, at least once you get to the pump you’re in and out quickly. Waiting in line to charge your EV is much worse since the people ahead of you will likely be charging their Tesla for about 30 minutes. Once you finally get to the front of the line, you’ll probably want to charge for a decent period of time, too, all while knowing that all the people behind you are waiting, and potentially frustrated. 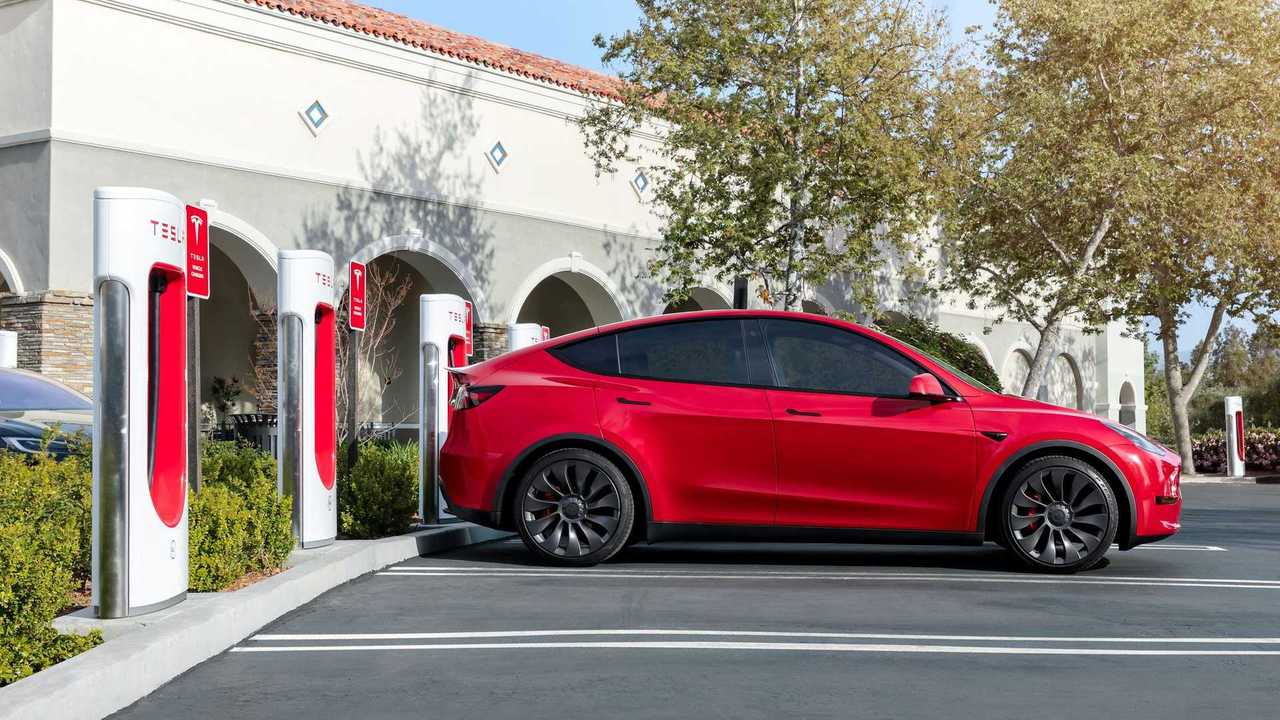 Tesla is building out its global charging network, and it has been for years. However, while the Supercharger network is one of the most impressive of its kind, it’s not keeping up with the onslaught of Tesla EVs hitting the roads. Thus, the least Tesla can do is offer free charging to shift the times people are visiting Superchargers, potentially alleviate the long lines, and help the electrical grid.

This all comes as no surprise since Tesla has offered free Supercharging over holiday weekends before. Moreover, it has offered free charging and even software-unlocked range increases during recent hurricanes and other emergencies.

The free Tesla Supercharging will be available in four US states during off-peak hours. According to Teslarati, the states offering free Tesla fast charging include California, Nevada, Oklahoma, and Texas. If you want to Supercharge your Tesla for free, you’ll have to do it between Wednesday, November 23, and Sunday, November 27 between the hours of 8 AM to 9 AM.

If more Tesla owners charge during these non-peak times, it should work to take the stress off the electrical grid during peak times, which could make this a win-win situation. It could also mean that those long lines won’t be so long for paying owners later in the day. Tesla wrote on its website:

“Avoid the rush this Thanksgiving holiday and charge for free during off-peak hours at Superchargers along select travel routes in the United States.”