You’d have to be living under a rock not to have heard how ridiculously fast the 2021 Tesla Model S Plaid is, but its track speed isn’t the only thing that’s faster than the previous Model S – the supercharging speed has also been improved.

Earlier in the week, we conducted the InsideEVs 70-mph range test on a 2021 Tesla Model S Plaid, in which the vehicle went 300 miles from 100% to 0% state of charge. Since we began and ended the range test at a supercharger, at the conclusion of the range test we had the opportunity to record a full 0% to 100% charging session on a V3 supercharger station. 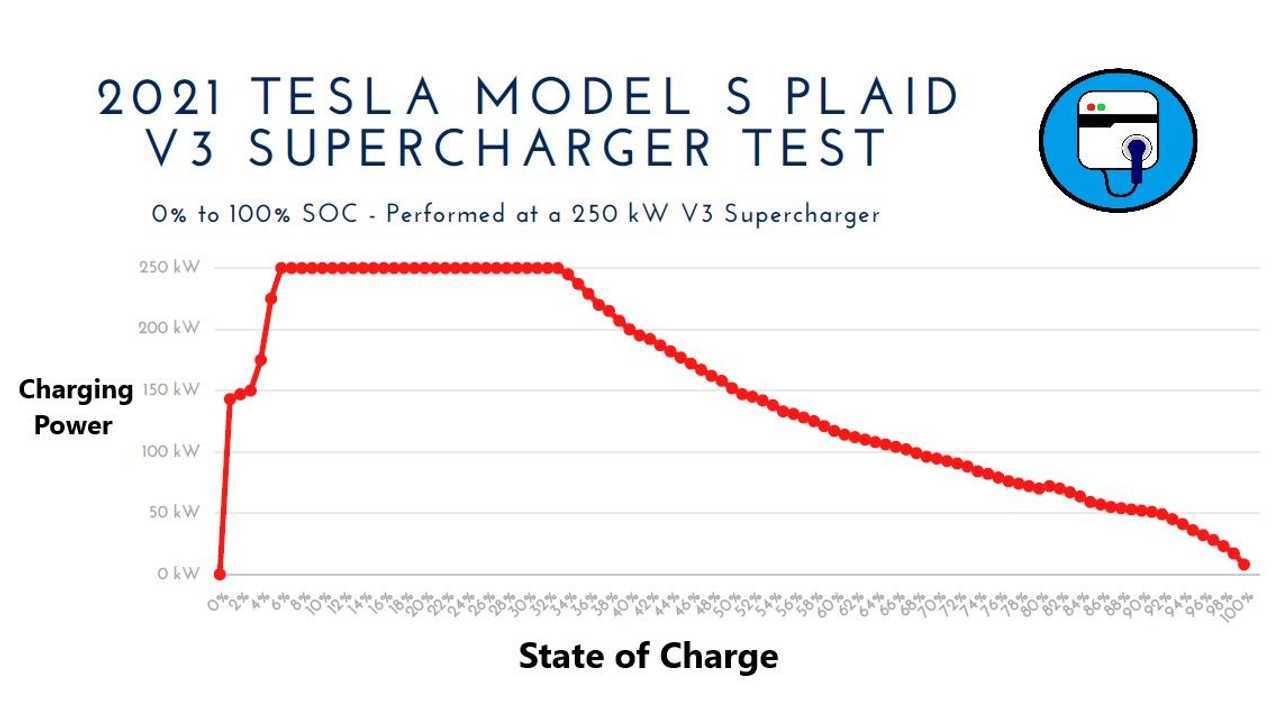 As with all EVs, the fasting charging happens at the lowest state of charge and the Model S Plaid really rips along until it’s at 50% – 60% SOC. The new Model S will charge from 0 to 78% in 30 minutes, and it then takes another 30 minutes to add the final ~22%, further proving that if you really don’t need the extra range, it’s much better to unplug and move on after 20 to 30 minutes of charging. 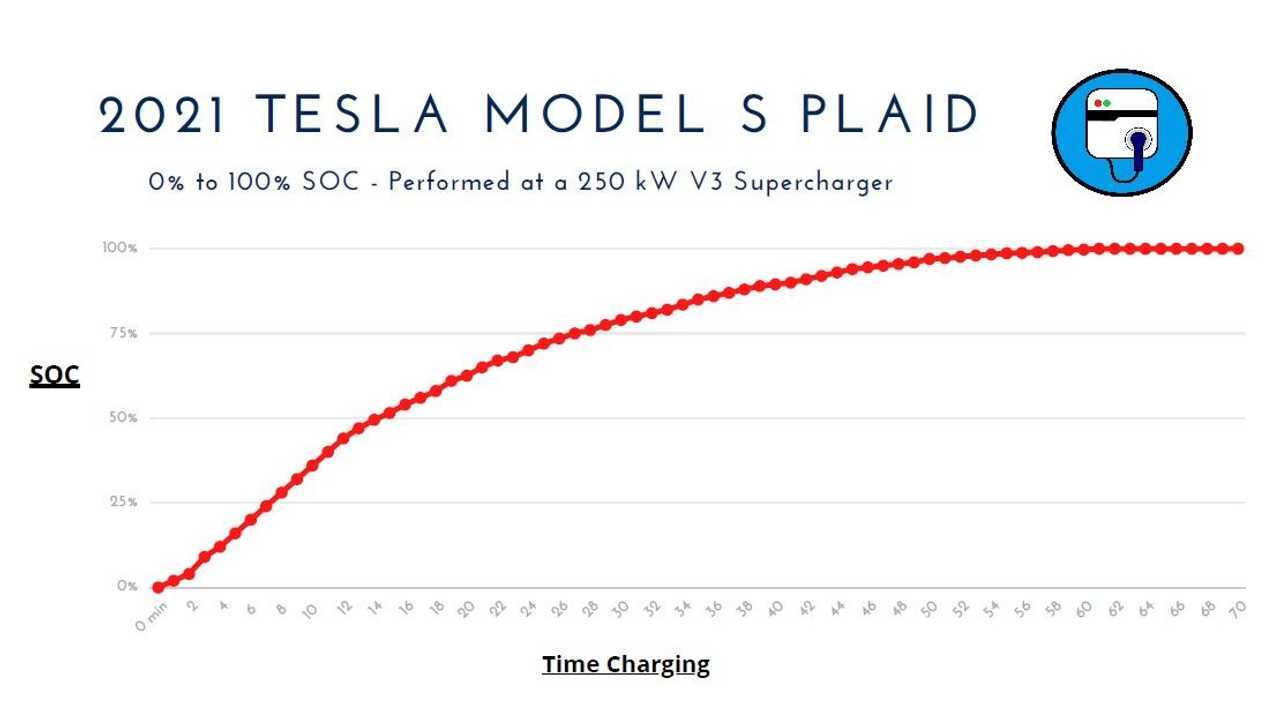 Our time to charge graph gives a clear picture of how long you need to charge to achieve the desired state of charge. The line at the beginning of the graph, up until about the 15-minute mark, has an aggressive vertical climb. It’s at that point when the charge rate really slows down and the line on the graph becomes more horizontal than vertical.

The Plaid reaches 80% SOC in 31.5 minutes and the charge rate is down to 70kW. Unfortunately, the vehicle unexpectedly stopped charging at that point, and we needed to unplug and plug it back in to complete the full charging cycle to 100%.

Slightly after 60 minutes, the vehicle displayed 100% state of charge but continued to accept power as it slowly balanced out the battery cells. Thirteen minutes later it was still accepting 3 kW, and we unplugged ended the session.

So check out the video and let us know what you think of the new Model S Plaid supercharging curve in the comment section below.