TeslaCam recordings have captured some remarkable incidents and have also assisted in investigations that have led to many arrests. Unfortunately, some people just suck, and they vandalize, rob, and steal other’s property without thinking twice about it.

Fortunately, TeslaCam now offers another tool to law enforcement in identifying those that behave badly – and you don’t even have to drive a Tesla to benefit from TeslaCam.

Such is the case in the video posted by Alex, known as @amegregan5, below on Twitter. Alex was driving his Tesla behind a Toyota Prius in San Francisco and witnessed the brazen robbery.

This was no random incident, the thieves knew exactly what they were after and planned the attack. The victim, a Bay Area real estate photographer had just finished filming a property at about 4:30pm on Friday, February 5th, and was heading to the Bay Bridge area to record the sunset. He said his wife had just noticed that a Black Honda Civic seemed to be following them.

When they slowed down at an underpass, one of the people in the Civic jumped out, smashed the rear window of Ben’s Toyota Prius, grabbed his gear bag, and made off. Ben reported that the bag had about $7,000 worth of recording gear, including a drone. 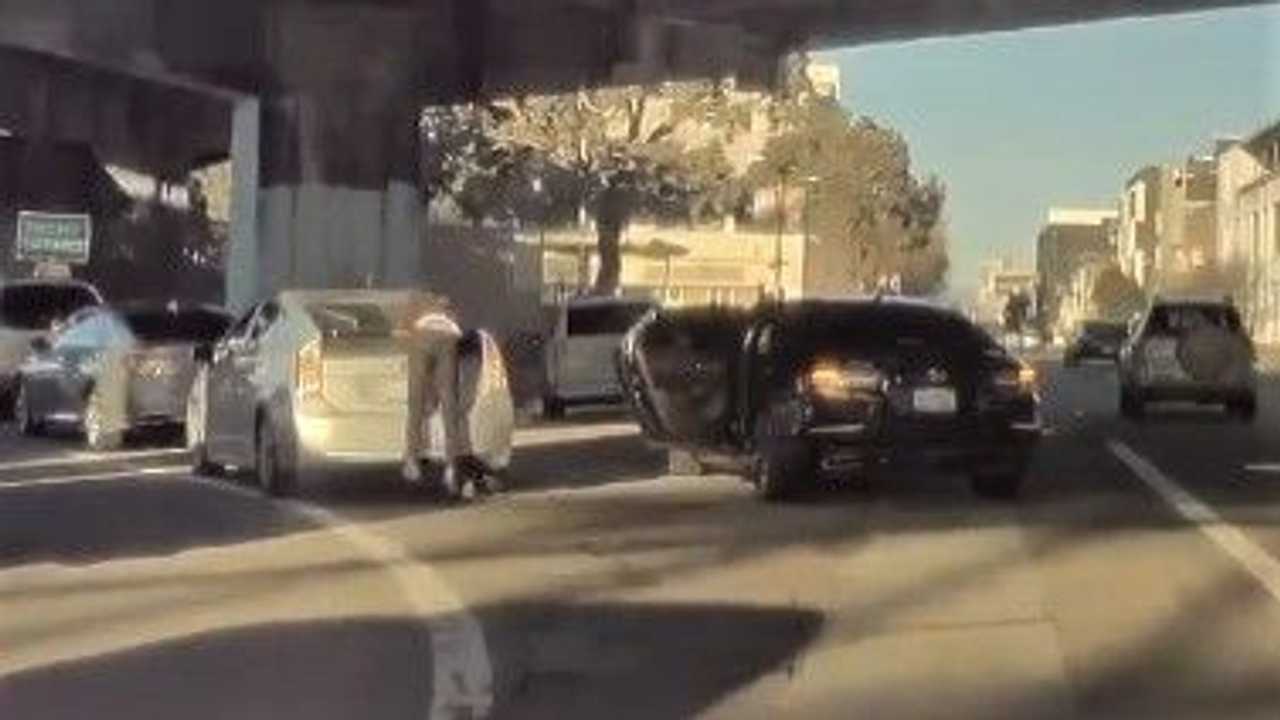 Even though the video isn’t extraordinarily clear because of the lighting and distance, you can make out the license plate of the Civic, so hopefully, the TeslaCam footage will lead to the apprehension of those involved in the robbery.

A GoFundMe page has been established to help Ben replace his stolen equipment. As of posting this article, $1,300 of the $6,000 goal was already donated. If you have the means, pitch in a few dollars and show Ben the good side of humanity.

It’s unfortunate that these events happen, but luckily, TeslaCam is out there and always recording. You don’t even need to own a Tesla to benefit from it.