With no clear indication when the Tesla Roadster will make its market debut, designers have taken it upon themselves to push the Roadster’s formula further. And of course the Roadster’s rocket boosters were going to be key to their creations, although we didn’t expect to see designs where the rockets would be the focal point of the vehicle.

Max Schneider is a young automotive designer currently living in Japan and he has created what has to be one of the most not-Tesla-like fan projects ever to bear the badge. However, even if it may not seem especially Tesla-like at first, if you watch Max’s video about the creation of the Tesla SpaceX Model R hypercar, it does start to make sense. And it’s quite a high quality design.

The finished design is really good and it’s also functional, with the sole purpose of making the vehicle go faster. He even adds downward facing boosters to push the car into the ground, and these can also swivel to also push the car back and down, so they also aid in braking. There are a lot of cool touches included in the design that give this concept depth and also betray the fact that it was penned by a professional.

Regarding the envisioned specs for this rocket-boosted electric hypercar, Max says it would have a total output of 2,600 horsepower, a top speed of 467 km/h and it would weigh around 2.2 tons. Part of the reason for the high weight, is that the vehicle would have to carry the liquid-hydrogen propellant needed to fuel the rockets. 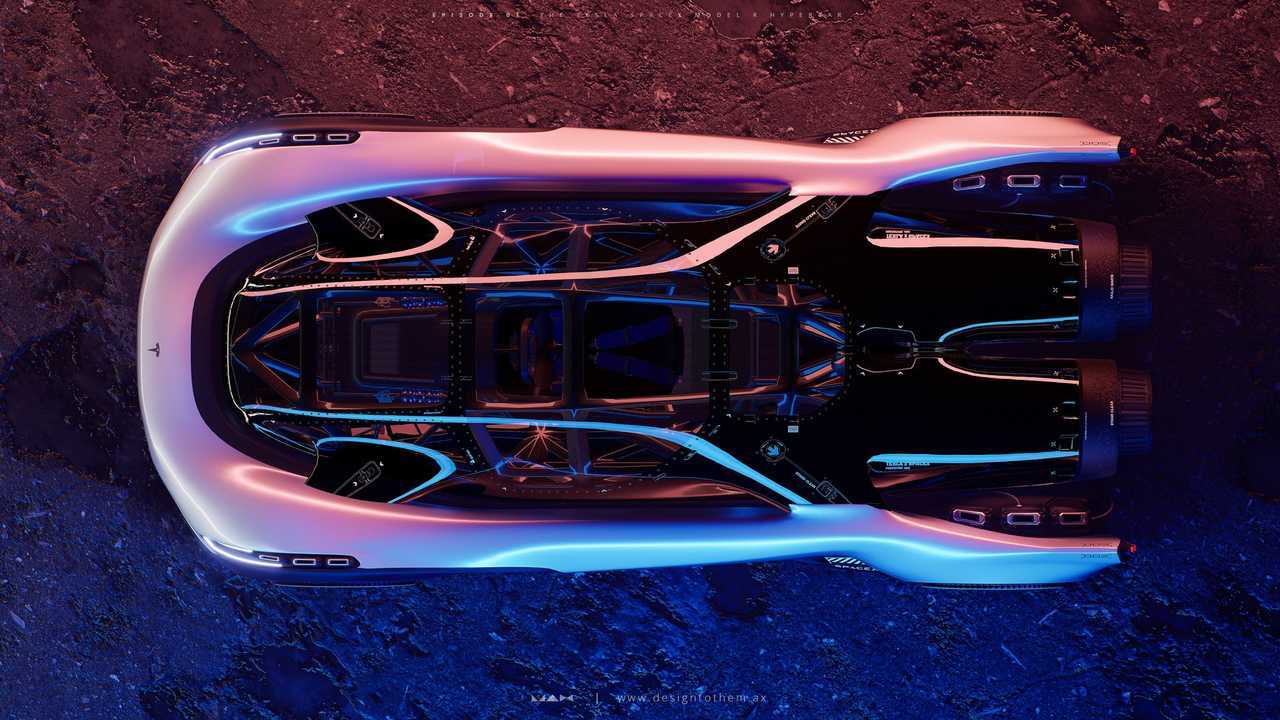 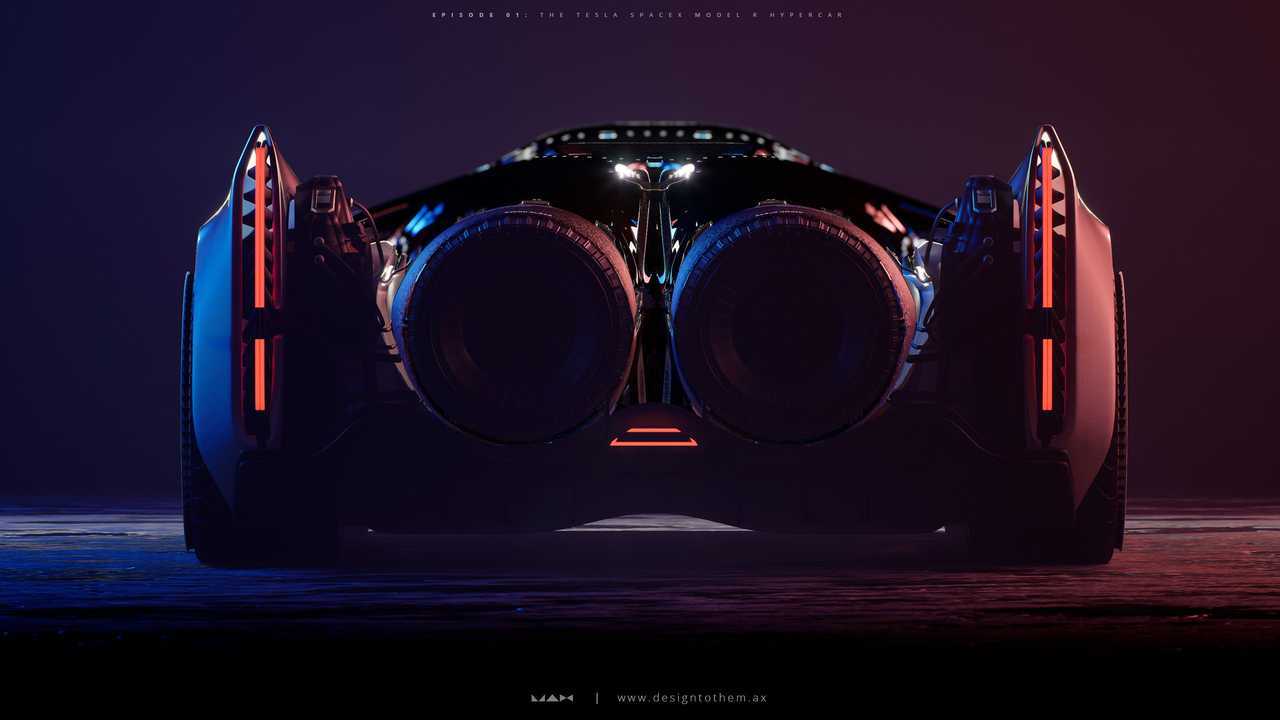 Power for the electric drive would come from a 115 kWh battery pack which would give the car a theoretical range of 510 km (317 miles) on one charge, but without the use of rocket booster mode. The car should also be good around corners, as the individual boosters for the four corners of the car should make a big difference turning in.