36 hours of work were needed to cut the body and many more to install the LED strips.

It turns out the lifted EQC 4×42 is not the only piece of news Mercedes is sharing today about its electric crossover. This one doesn’t have a cool name or portal axles, but it’s still quite special for different reasons. Built by around 40 trainees over the course of a year, the nifty see-through model shows the innards of an electric vehicle, highlighted by using strips of LEDs.

More than 36 hours of work were necessary to cut those apertures in the body panels, with three trainees using eight grinding discs to make the holes in the bodywork. After that, they had to smooth out the cut edges by using no fewer than 23 woven abrasive belts. Some 50 hours were needed to paint and polish the remaining body. 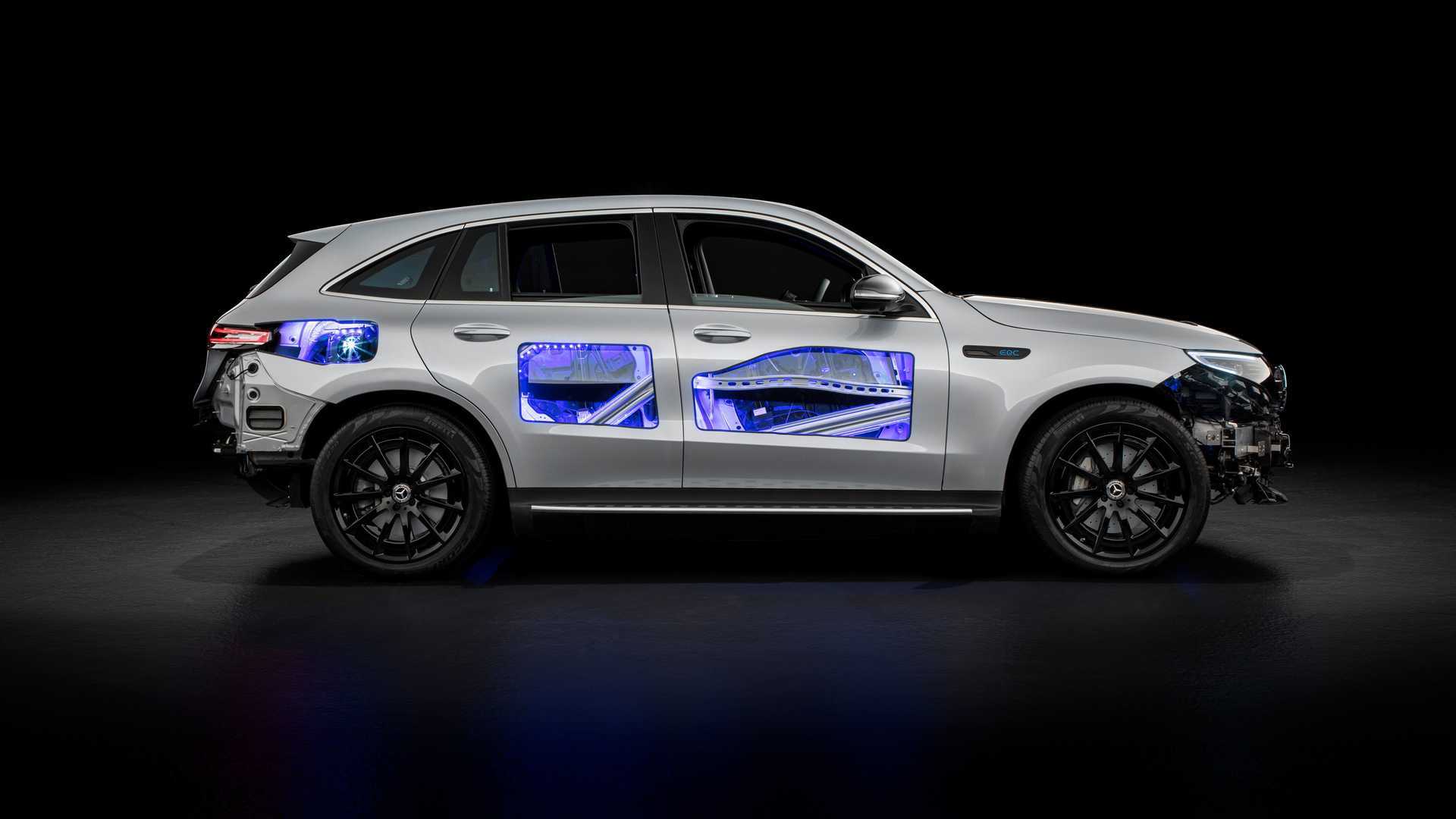 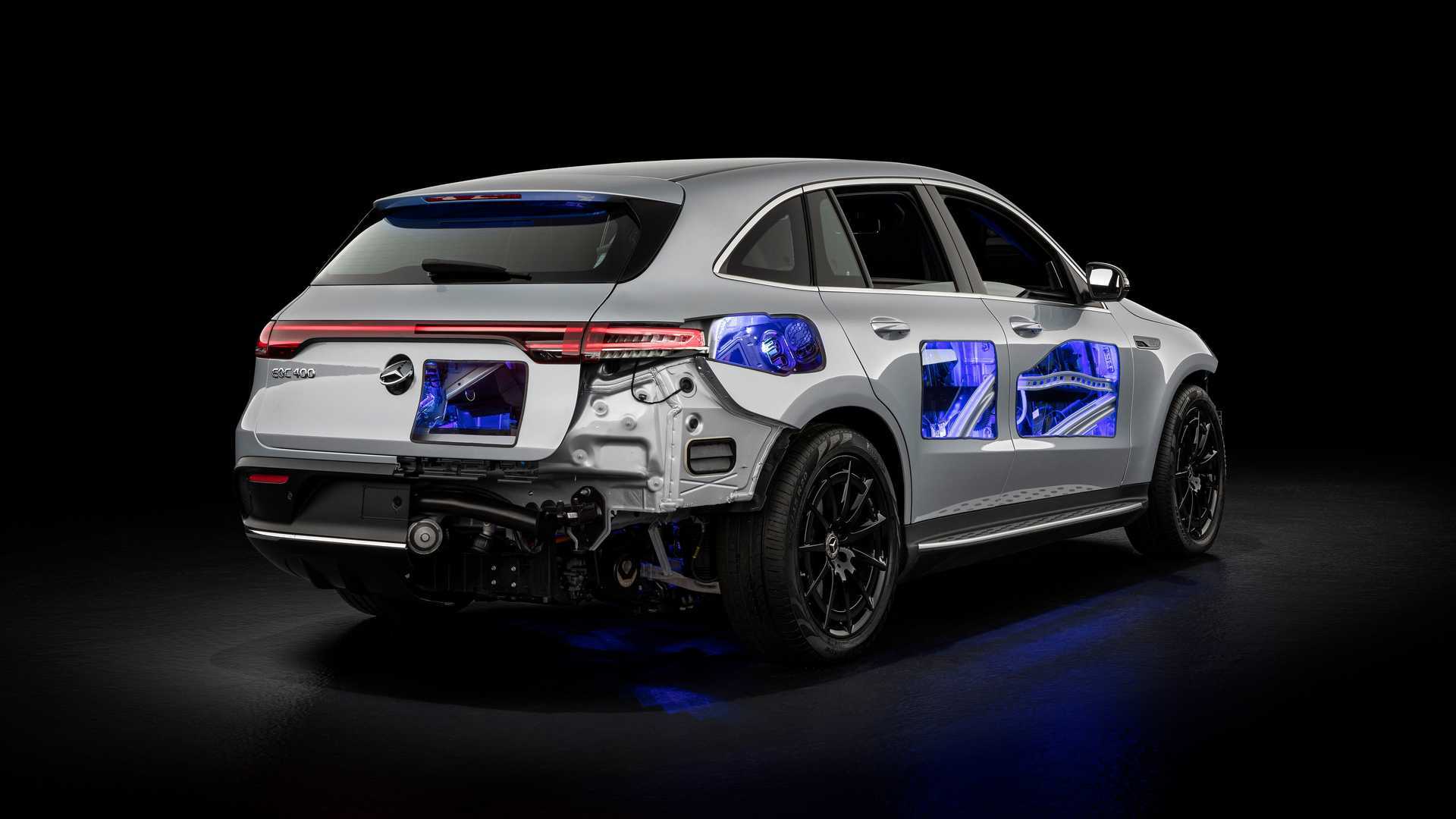 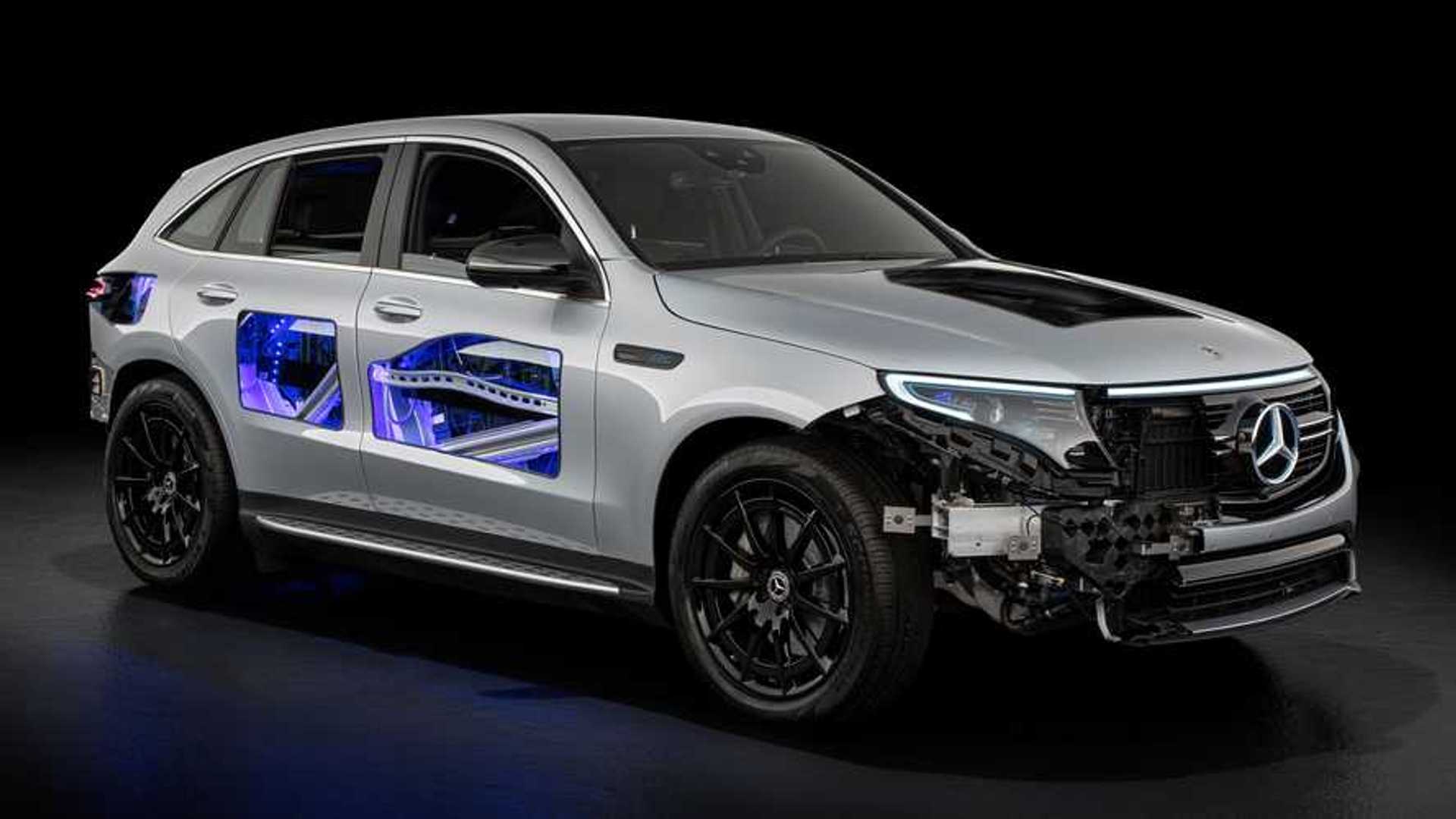 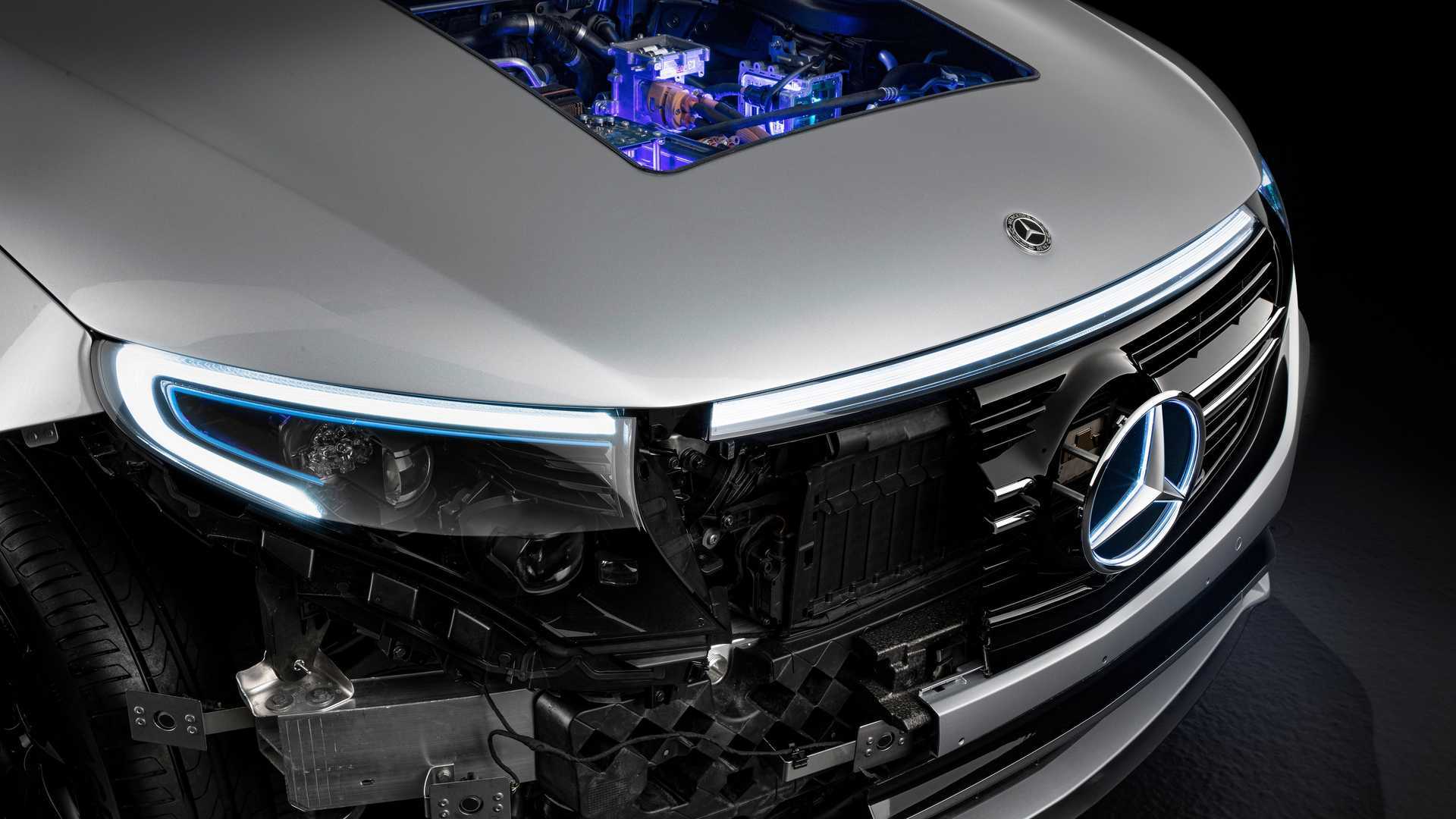 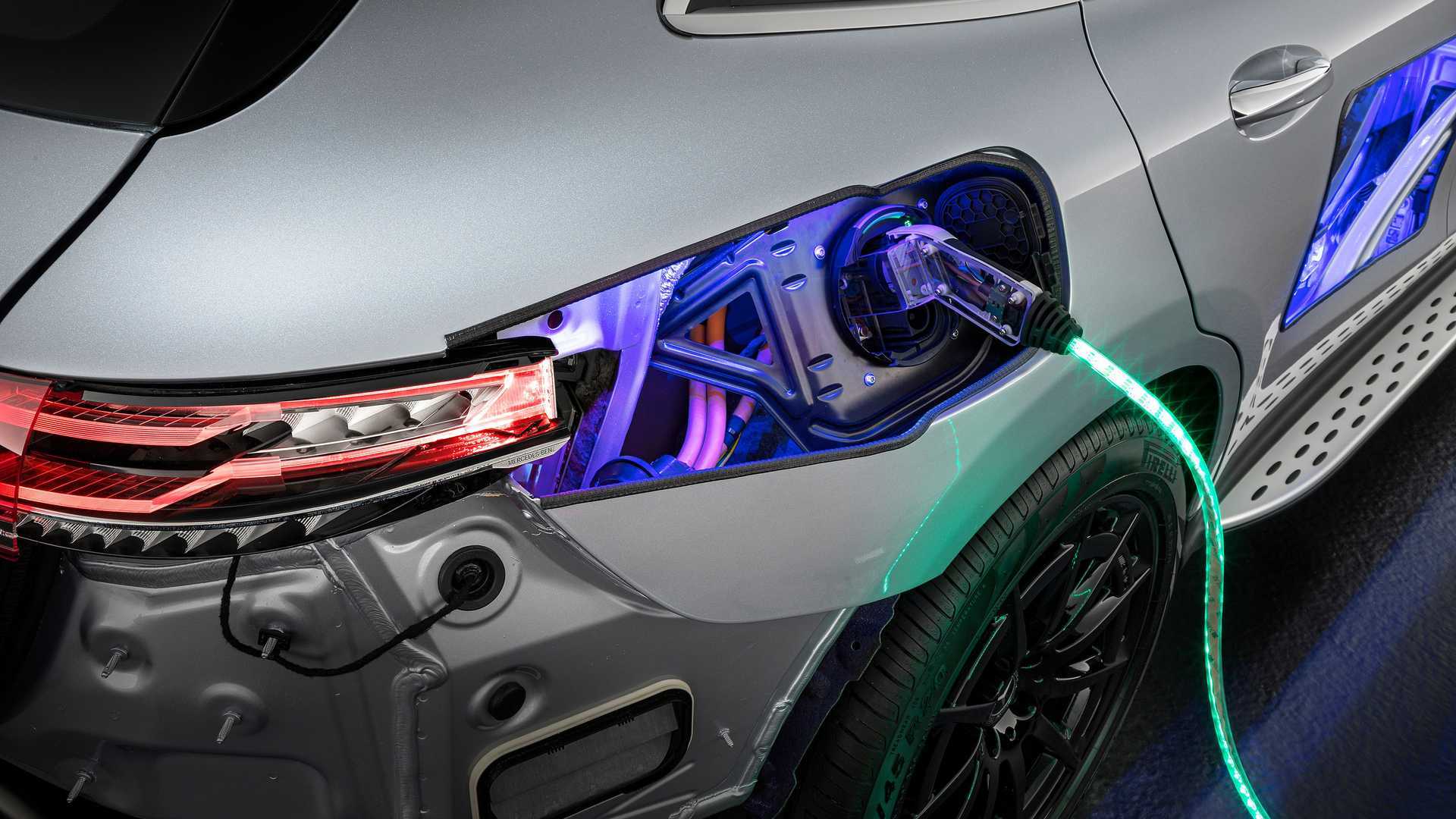 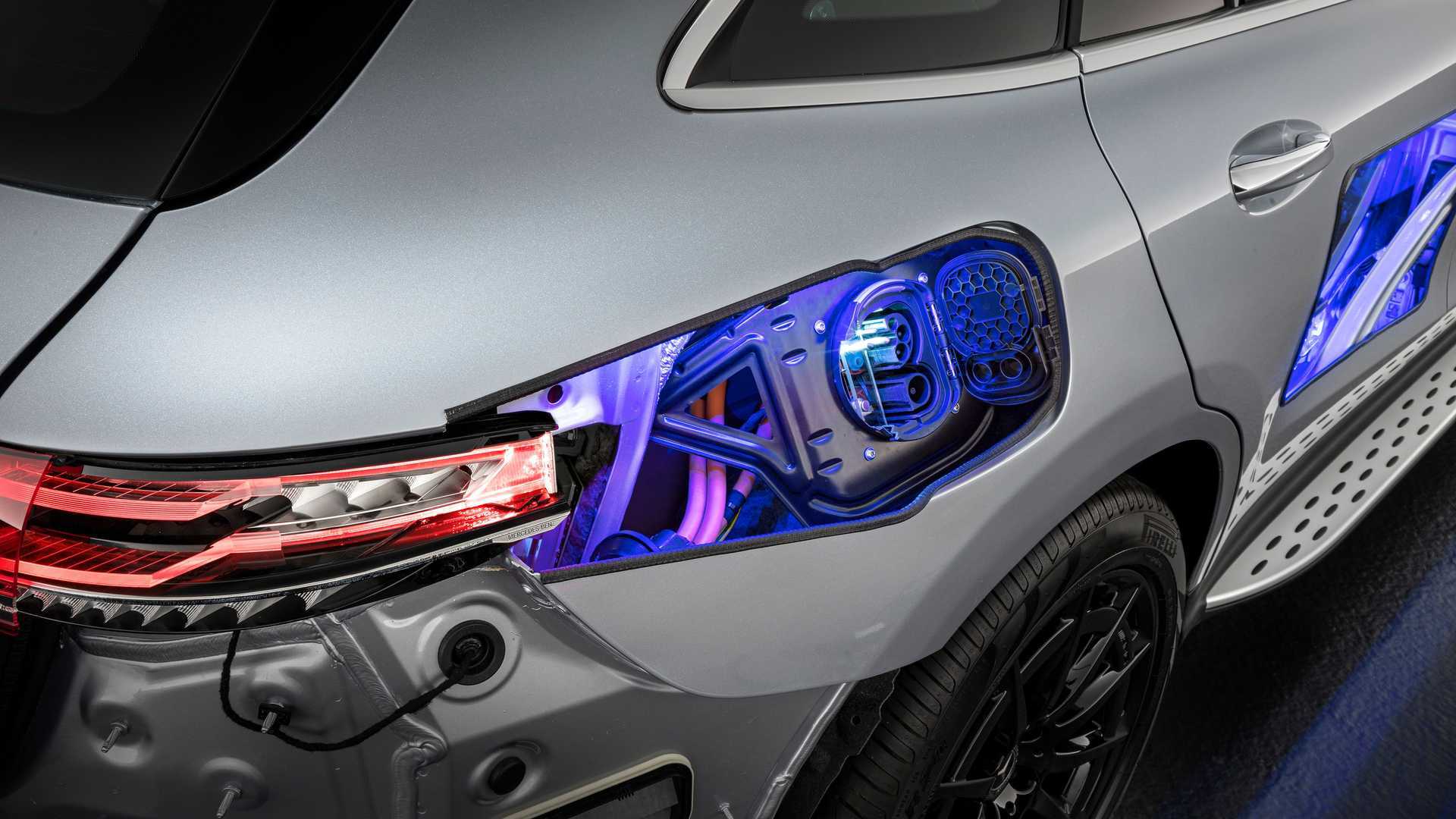 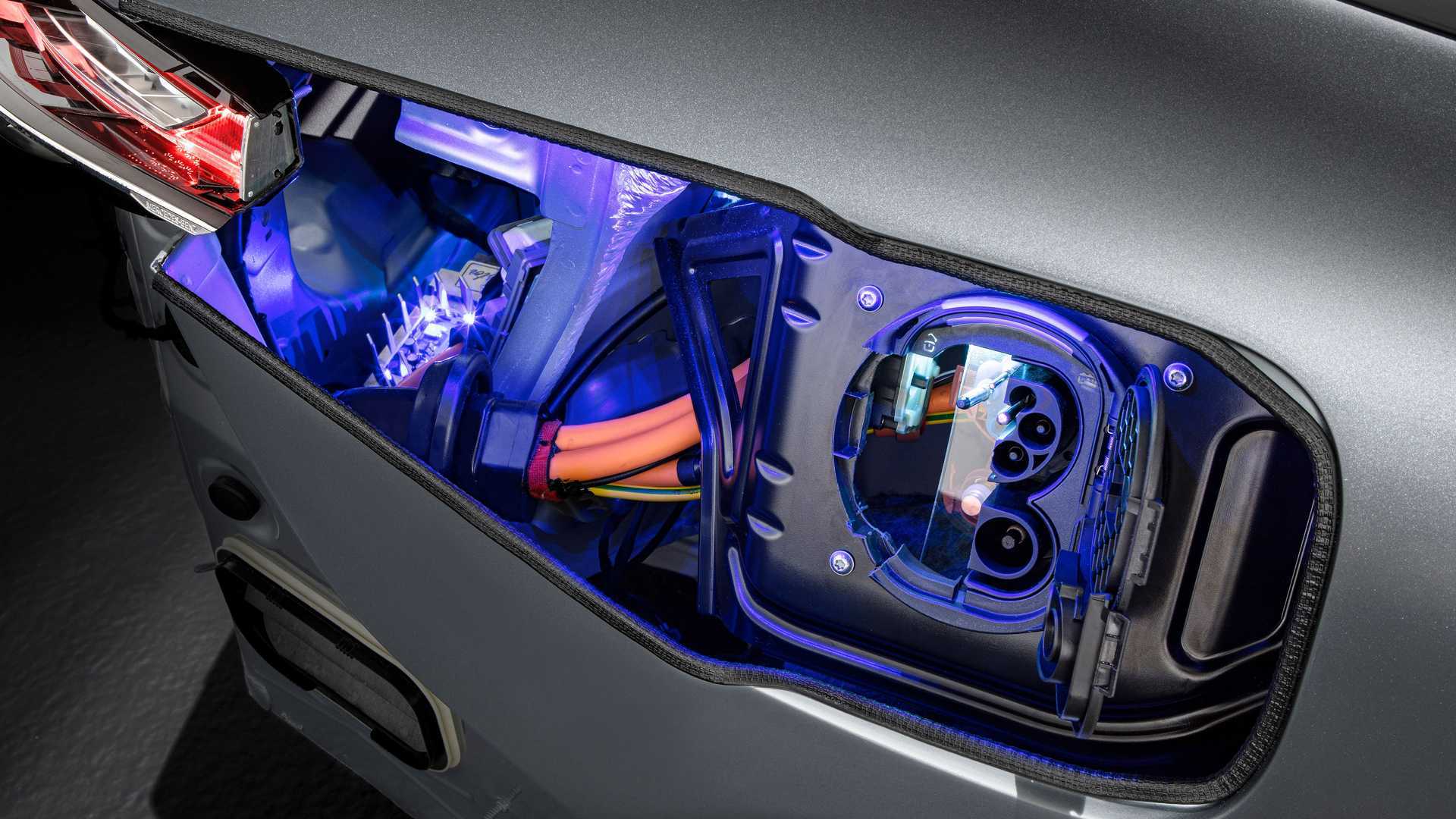 The fullsize showpiece of the EQC has around 15 meters (nearly 50 feet) of LEDs installed throughout the body to highlight how the battery is charged and discharged. To power the light-emitting diodes, the trainees had to install around 50 meters (164 feet) of wiring, along with two microcontrollers to customize the LEDs.

Interestingly, Mercedes says turning the three light bands at the back into one required 21 hours of work, plus 18 hours to merge two taillights into one. The camera alone necessitated an extra 10 hours to get it done, while more hours were invested to configure the interior where the screens show explanatory images and videos.

Spy shots have shown work is well underway for a second-generation EQC as part of Mercedes’ electric onslaught that will include everything from the small EQA and EQB to the EQE and EQS, plus an electric G. It won’t be an SUV-exclusive EV lineup as the company is also working on EQE and EQS sedans. At the same time, the company has teased a swoopy Vision EQXX (coupe?) concept it claims to have a maximum range of 750 miles (1,207 kilometers).