Great news everyone: Ferrari has a new car. It’s called the Roma, and it was revealed today in the city of the same name during a private client event. It’s a front-engined coupe packing the latest version of the company’s twin-turbo V-8, paired with an eight-speed dual-clutch transmission and some stunning looks.

According to Ferrari, the Roma is a “contemporary representation of the carefree, pleasurable way of life that characterized Rome in the Fifties and Sixties.” From the looks of it, it’s more grand-touring car than outright track machine. Still, the stats are impressive.

The 3.8-liter engine is rated at 612 horsepower and 560 lb-ft of torque. That’s over 20 more horsepower than the company’s entry-level Portofino convertible, and just 50 less than the outgoing 488 GTB. It sends power to the rear wheels via a new eight-speed dual-clutch, first introduced on the company’s SF90 Stradale hybrid.

Ferrari released just one picture of the Roma’s interior, and from the looks of it, the company’s corporate dash styling has been completely redone. There’s a digital gauge cluster, a vertical touchscreen in the center for things like climate control and the radio, and a second screen mounted on the passenger side of the dash. The steering wheel is still covered in an array of buttons, including the company’s signature Manettino drive mode selector knob. 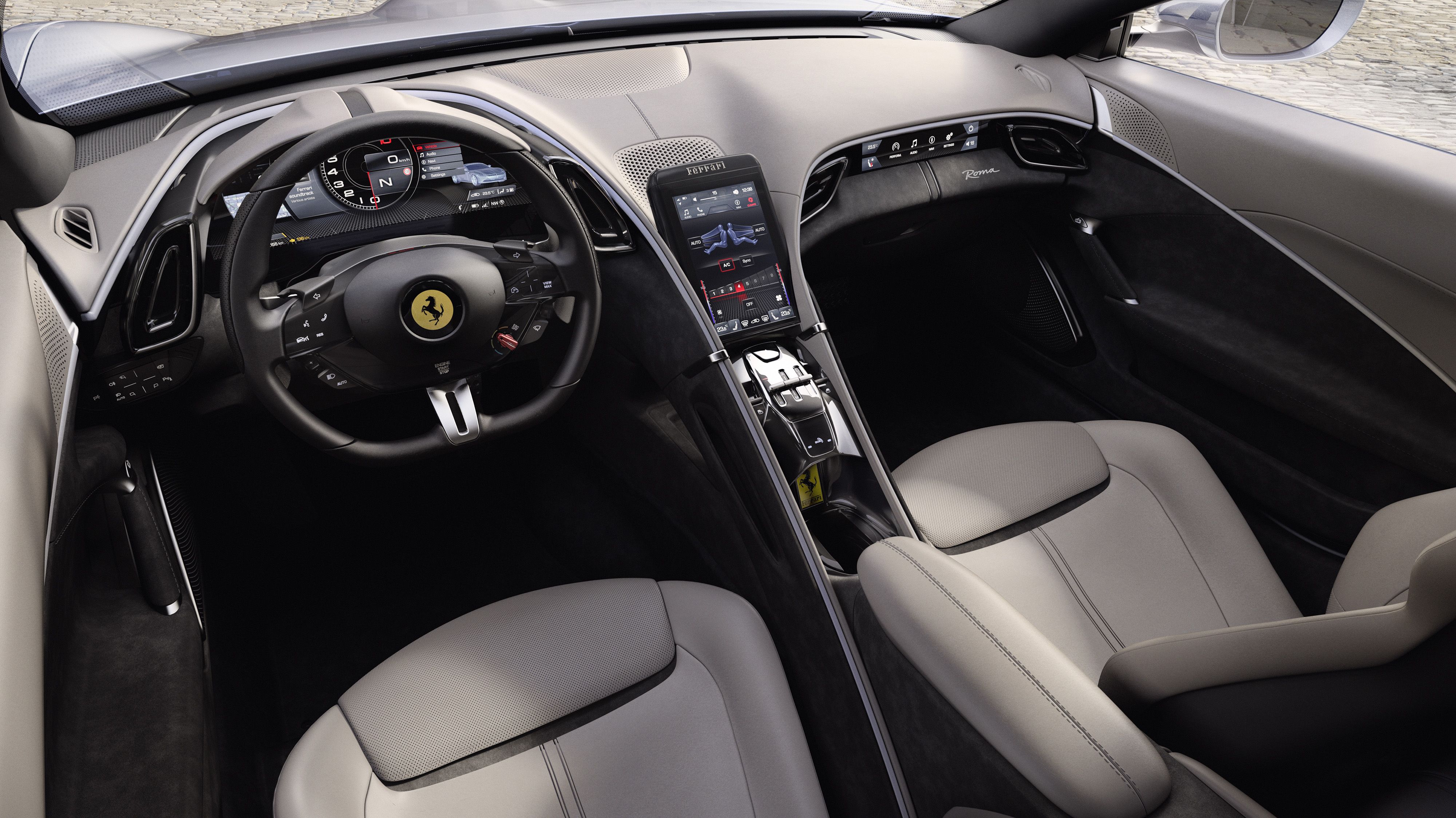 The company describes the Roma as a “2+” coupe, though because just the one picture of the interior has been released, we can’t exactly tell if that means the car will have rear seats or not. We’ve reached out to Ferrari for clarification.

Ferrari hasn’t specified pricing for the Roma, so it’s not exactly clear where it’ll fall in the lineup. We suspect it should be somewhere close to the Portofino, considering its size and power output. We can’t wait to drive it.