While we patiently wait for whatever bigger and more complex cars are bound to replace the Elise and Exige lines, the team at Lotus’s focus has been the Evija, an insanely powerful electric hypercar initially known as Type 130. And with a Williams-engineered 70 kWh battery pack and a target output close to 2000 horsepower, this four-wheel drive EV weighing 3700 lbs. is not only a huge step for the brand in terms of design and technology, but also what seems like a radical departure from Colin Chapman’s “simplify, then add lightness” mantra, a philosophy the Hethel factory undoubtably lived by up until now. And while Lotus says that the Evija is still the lightest car in its segment, one could argue that only Geely’s investment-heavy takeover could push Lotus towards creating a product with 1253 foot pounds of torque, and a price tag in the $2.5 million region.

But before we’d get into all the gadgets Lotus will give you for your massive pile of money, scroll through the images above, and imagine Lotus Design Director Russell Carr standing right next to you with the car. Talking from experience, he would sum up the Evija like this: 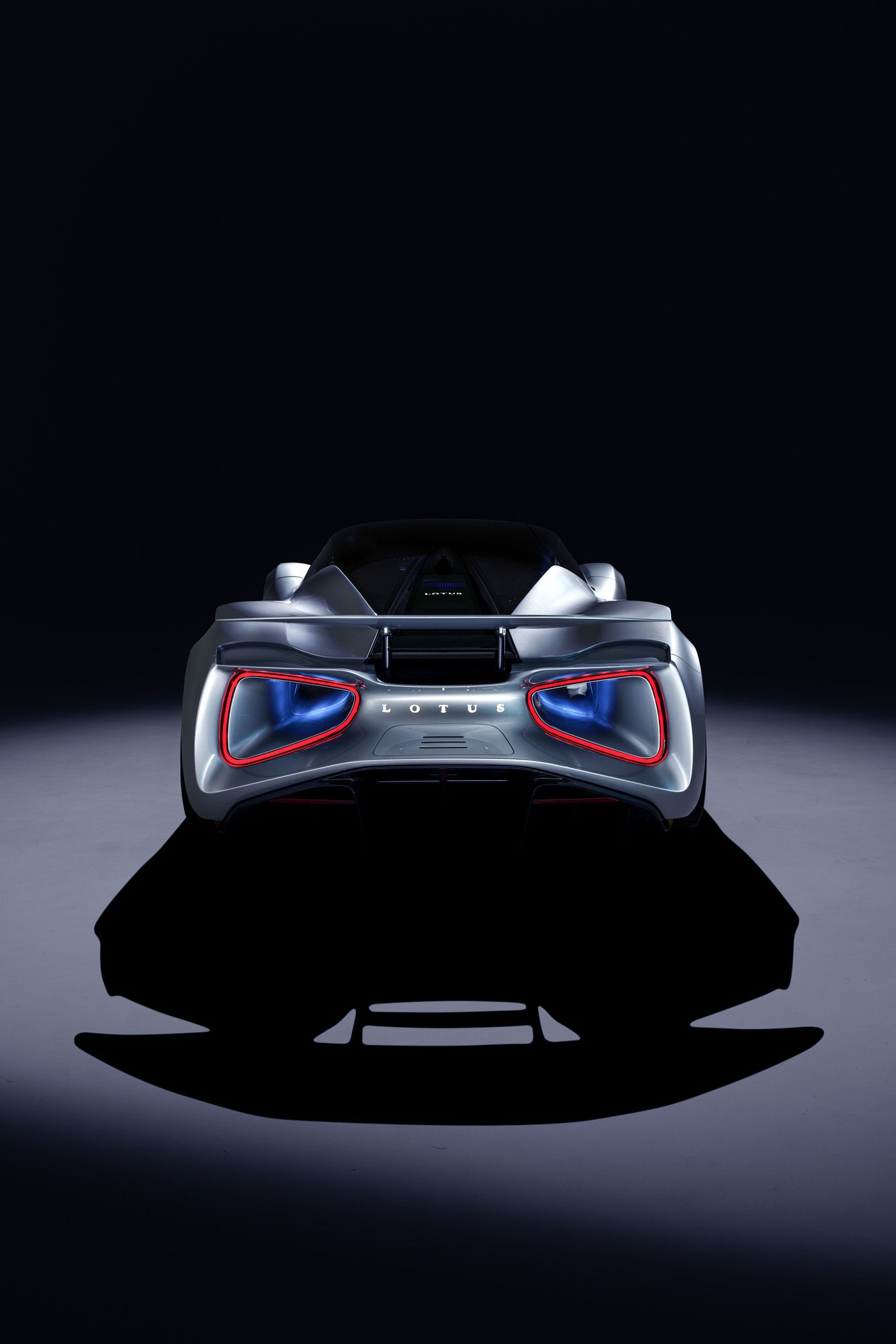 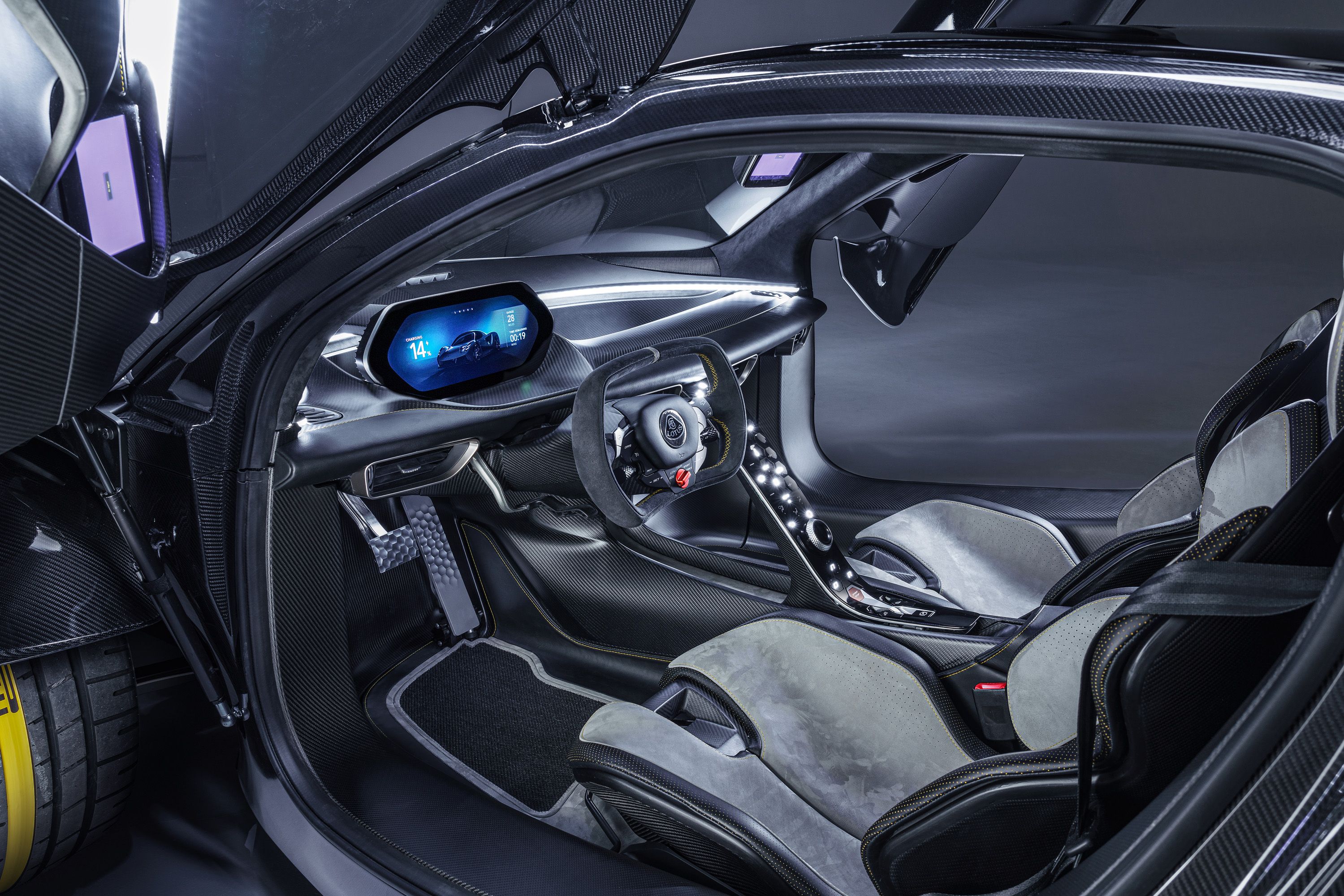 Lotus calls the Evija “the world’s most powerful production car”, and on paper, the claim stands. This Lotus uses a powertrain co-developed with Williams Advanced Engineering, with a target output just shy of 2000 horsepower. And this much juice puts the British EV on pair with the Rimac C_Two and Pininfarina Battista, with the Evija also packing four-wheel drive with torque vectoring, active aero, and three inboard adaptive spool-valve dampers per axle, made by the motorsport aces at Multimatic. Hello, Ford GT Mk II! 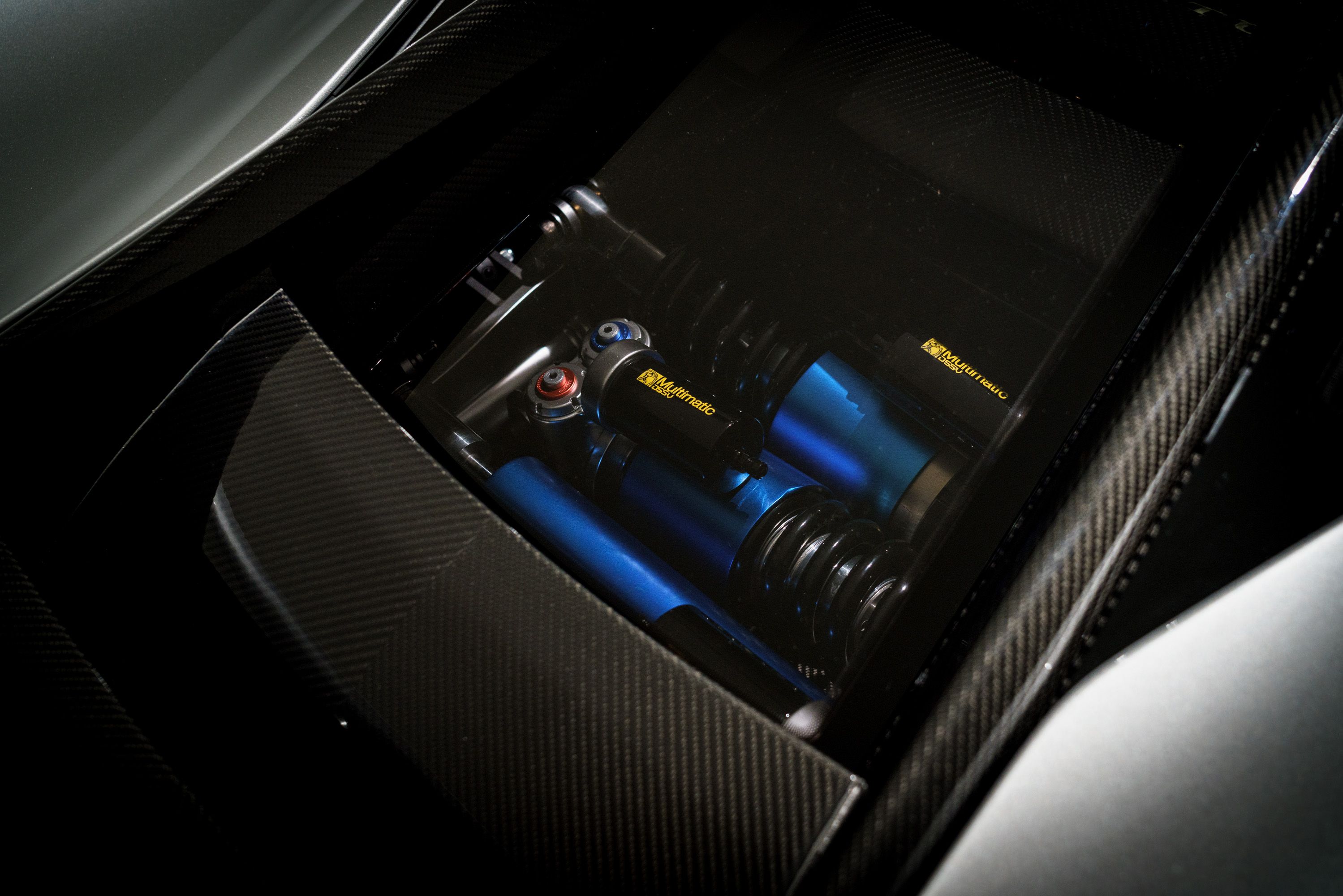 Lotus says that thanks to the 70 kWh lithium-ion battery pack’s power output of 2000 kW, the Evija will reach 186mph in under nine seconds, after blasting to sixty in sub three. It’s also a 200+ mile an hour affair, yet unlike most battery electric vehicles, Lotus’ hypercar doesn’t use a floor-mounted battery pack. Instead, the cells and inverters are mid-mounted behind the driver. Lotus says this layout delivers “significant advantages in terms of styling, aerodynamics, packaging, weight distribution, occupant comfort and dynamic handling”, while also allowing for easy servicing, maintenance, and possibly battery upgrades in the future. No word on center of gravity.

Either way, the power goes to a pair of e-motors on each axle supplied by Integral Powertrain Ltd., which feature integrated silicon carbide inverters and epicyclic transmissions. These four single-speed, helical gear ground planetary gearboxes transfer power to each driveshaft, which come from the Dakar champions at Xtrac. Measuring a mere 100mm in depth, each gearbox comes packaged with the e-motor and inverter as a single cylindrical Electrical Drive Unit, with a target output of 500 PS (492 horsepower) per motor. Which isn’t too shabby. With this much power and torque sent through a four-wheel drive, a sophisticated torque-vectoring system is standard, while steering remains electro-hydraulic, because feel.

Once you’ve had enough fun to run out of voltage, you’ll appreciate what Lotus claims to be the world’s fastest charging battery. Using its know-how gained through Formula E and other semi-secret projects, Williams Advanced Engineering came up with a battery pack that can accept an 800kW charge. Such a charger is not available yet commercially, but once your local fast-charger network operator gets there, the Evija will be able to fully replenish its cells in nine minutes. Basically, while you finish your coffee.

Hooked onto an already accessible 350kW unit through the CCS2 socket hidden behind the vented flap at the rear, the Evija’s charge time will be 12 minutes to 80 percent, and 18 to full. Lotus is aiming for a range of 250 miles, which would make the Evija more than usable in daily traffic. In case that’s what you fancy. 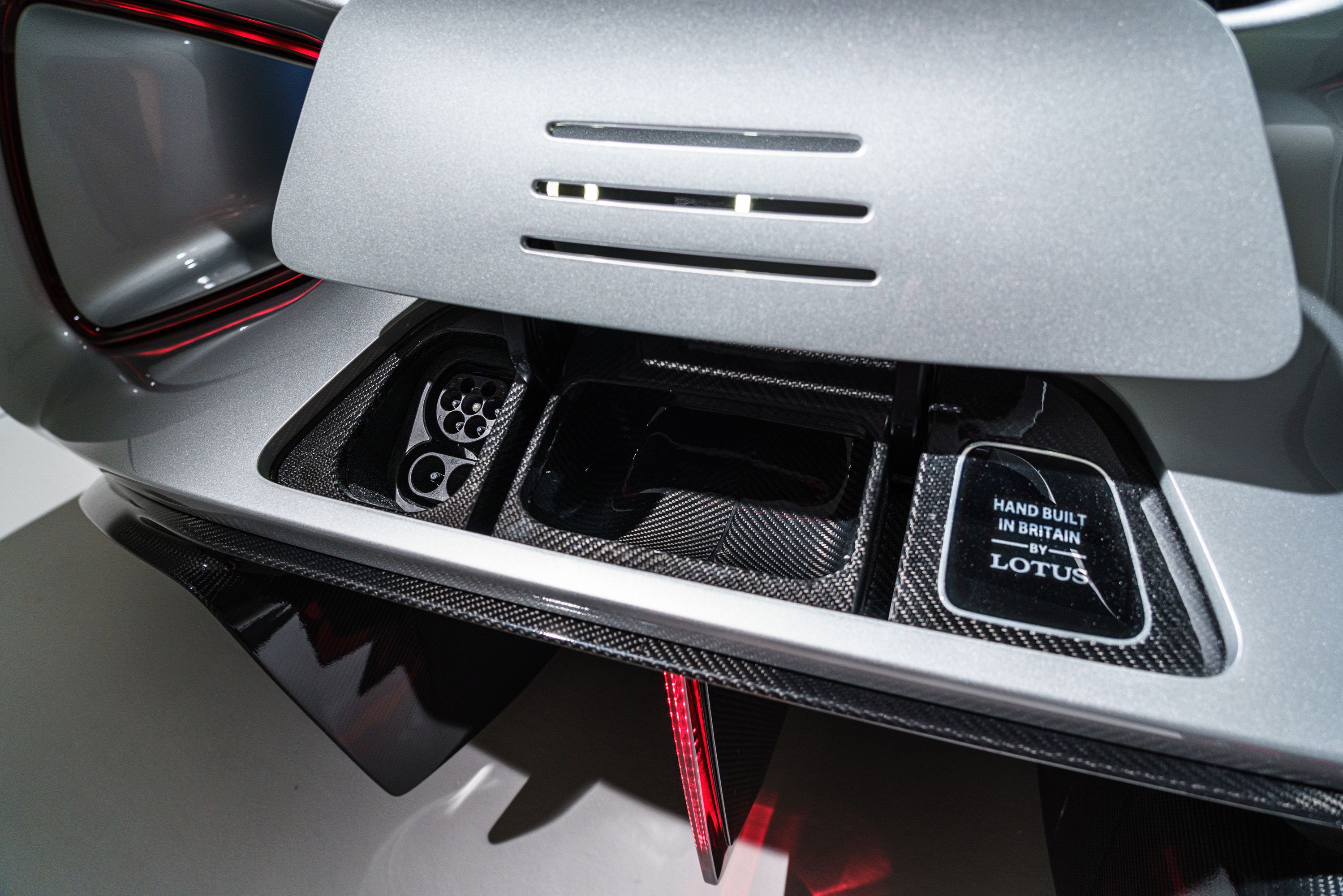 The backbone of the whole thing, the Evija’s carbon fibre monocoque chassis is supplied by CPC of Modena. It weighs only 284 lbs., and under it, the 20 (front) and 21-inch (rear) wheels are made of magnesium, shot with Pirelli Trofeo R tires, McLaren Senna-style. The brake discs are carbon ceramics, heated up by AP Racing’s forged aluminum pistons. Additionally, you have the air brake for the heat of those electrifying track days.

Last but not least, just in case Russell Carr’s illuminated Venturi tunnels or the glowing brakes granted by the Evija’s 3700 lbs. mass aren’t enough to get you noticed, Lotus threw in laser headlights as well. The Osram units are the world’s first in that they use laser beams for both main and high-beams. Audi only uses lasers for its high-beams, wherever it’s legal to do so. The Lotus Evija then: most power, fastest charging, and lasers! 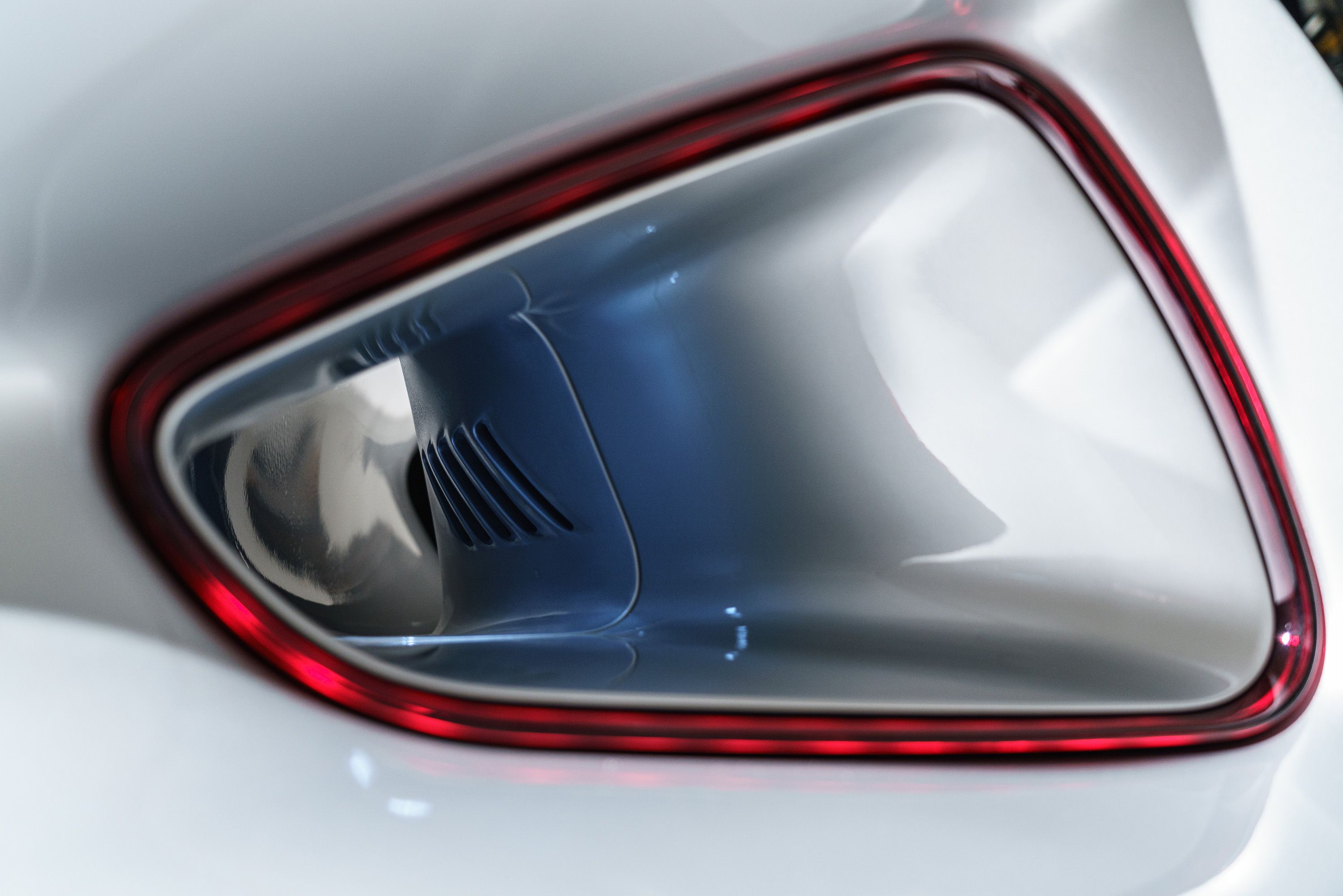 Only 130 people will be lucky enough to own Lotus’ first completely new car in decades, a $2.3+ million electric vehicle with a build slot deposit of $315,000, otherwise known as the price of three well-loaded Lotus Evoras. Lotus says that it will be available for purchase globally, though in America it’ll be a case of getting a car in via the Show or Display regulations.

We’ll just have to deal with this, because at the end of the day, the Evija looks radical, it’s full of interesting technologies, and if a heavy hypercar aimed at new-wave collectors is not really your cup of tea, the latest Evora will still be there to deliver the goods only a Lotus can. And deliver, it will. 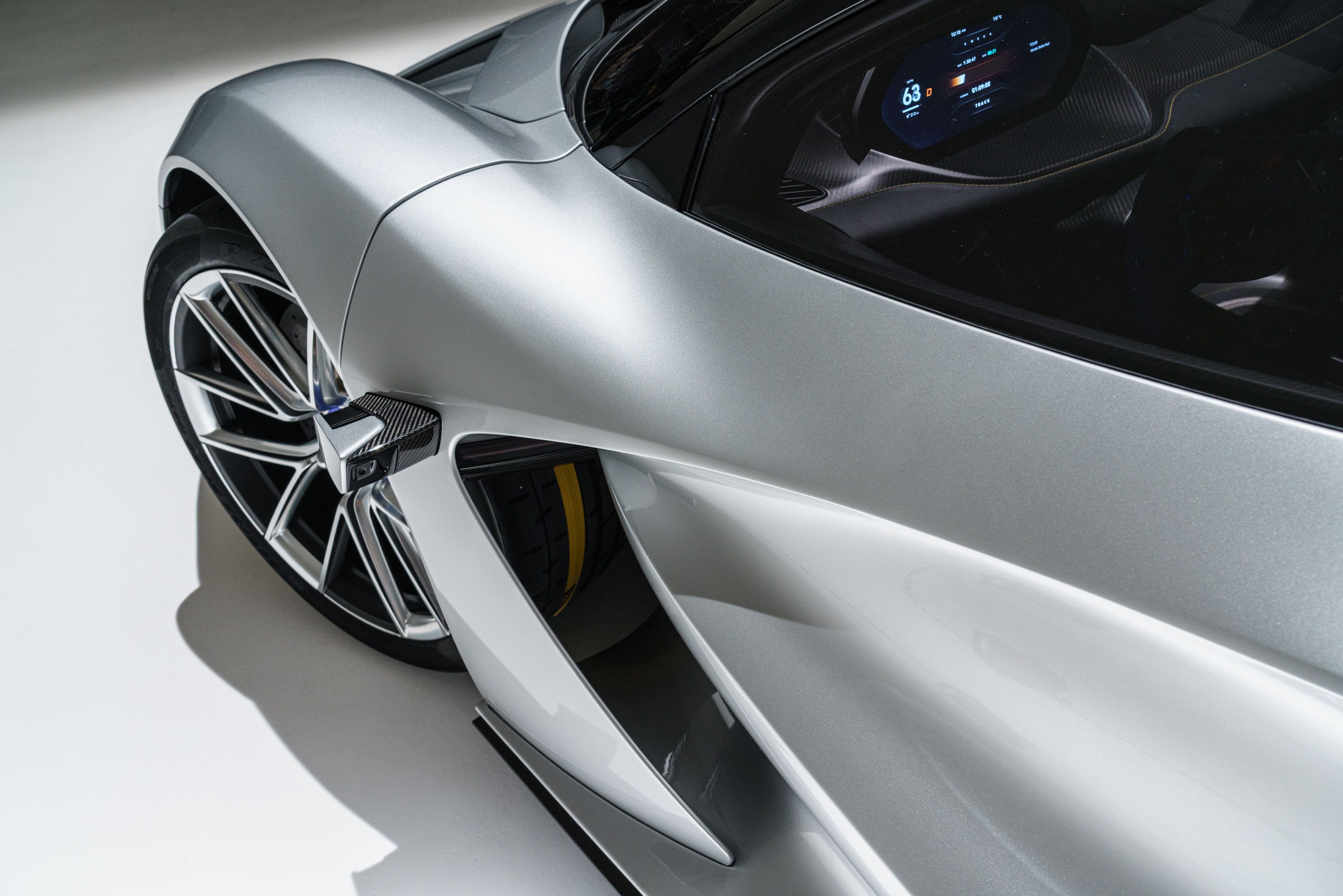