Folks, it’s finally here: The 2020 Corvette Stingray, the first of the C8 generation, and the long, long-anticipated beginning of the ‘Vette’s mid-engine era. Chevy just debuted the car at a press event in Southern California, and revealed performance specs for the very first time. Here’s what you need to know about the new generation of Corvette.

Scroll all the way to the bottom of this article for full engine, drivetrain and chassis specs, as well as dimensions and weights and all the other tech info you crave.

The car presented to journalists today is the C8 Stingray, the base model of the new generation. It’s powered by a 6.2-liter naturally aspirated V-8, dubbed the familiar LT2, now producing 495 horsepower and 470 lb-ft of torque when equipped with the optional performance exhaust. Yep, that makes the C8 Stingray the most powerful base-model Corvette ever. It’s also the quickest: Chevy didn’t provide exact performance numbers, but the automaker did say that the C8 Stingray will do 0-60 in less than three seconds when equipped with the Z51 Performance Package. That is astoundingly fast—on par with the earliest Bugatti Veyron—and it’s a testament to the capabilities made possible by the switch to the mid-engine layout. Remember, Corvette engineers have been saying for years that they’d maxed out the acceleration capabilities of the front-mid-engine C7 chassis. This huge improvement in acceleration puts the base-model C8 Stingray on par with the top-dog C7 ZR1, the 755-horsepower, huge-downforce, supercharged-to-hell monster of the previous generation.

Undoubtedly, a lot of this acceleration capability comes down to transmission. The C8 is the first Corvette to offer a dual-clutch automatic, an eight-speed unit designed by Tremec. Yes, it’s the only transmission available on the mid-engine Corvette: For the first time since the very earliest days of the model, you can’t get a manual transmission in a new Corvette. To purists, this may seem like an abandoning of principles. But the dual-clutch allows for the hypercar-like acceleration we mentioned—Chevy boasts that the new ‘Vette has a super-low first gear and close ratios between gears two through six for ultimate acceleration. An electronic limited-slip differential and launch control further boost traction and acceleration. One neat feature: In any gear, at any speed, pulling both shift paddles simultaneously will disengage the clutches. We all know what that’s for: revving the engine at stoplights to impress bystanders and intimidate drivers of lesser performance machines. 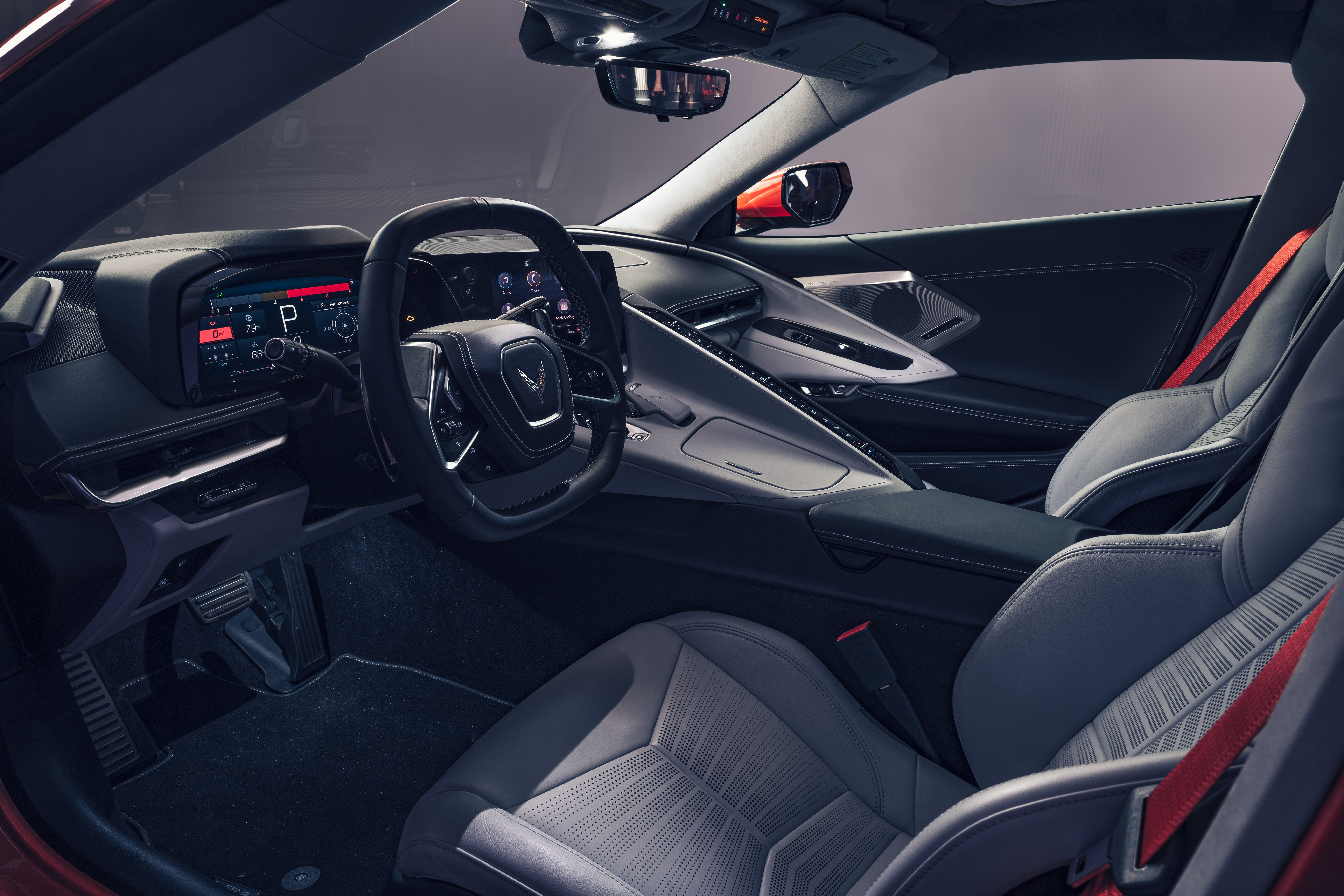 Of course, a Corvette is meant to handle as well as accelerate, and the C8 offers big changes here too. First and foremost: No more leaf springs. The C8 uses coilover springs and monotube shocks, a rather conventional setup that’s mainly notable because of how long the ‘Vette used a signature arrangement of transverse composite leafs. The C8 is available with Magnetic Ride Control 4.0, an updated version of GM’s excellent adaptive magnetorheological damper system that promises faster, smoother responses to changing road surface conditions. The reconfigured driveline places the engine’s crankshaft centerline an inch lower than it was in the C7, lowering the car’s center of gravity for improved handling. The front splitter and rear spoiler contribute up to 400 lbs of downforce.

The available Z51 Performance Package offers a host of upgrades to the Stingray, including a performance-tuned suspension with adjustable threaded spring seats (presumably for tailoring ride height and corner weighting for track applications), bigger brake rotors, a shorter axle ratio, the aforementioned performance exhaust, and enhanced engine and brake cooling. GM’s Performance Data Recorder, with driver-analysis data and a dashboard camera for reviewing your trackday performance, is also available. The C8 will have expanded driving modes, with six presets compared to the current car’s four: Weather, Tour, Sport, Track, plus an individually-configurable MyMode and the new Z Mode. That final mode is named for the Z51, Z06 and ZR1 performance models known to Corvette aficionados, and offers further individualized configuring of chassis, engine and transmission parameters, accessible through a new “Z” button on the steering wheel. Performance Traction Management, the advanced multi-mode traction and stability control system with five levels of increasingly-lax intervention for track driving, is once again available.

If all of this sounds exotic and European, fear not: GM made sure to include the daily-driver features that made the C7 such a well-rounded machine. The hardtop C8 features a removable targa roof panel that fits in the rear trunk, and Chevy assures us that rear cargo area is spacious enough for your golf clubs. In addition, a front trunk offers enough room for “an airline-spec carry-on and a laptop bag.” While the C8’s cockpit has moved 16.5 inches forward compared to the C7, the car doesn’t have the wide doorsills commonly associated with mid-engine vehicles. Entering and exiting the C8 is just as easy and graceful as it was in the C7, and there’s more room to adjust the seats rearward or recline them further. A front suspension lift raises the C8’s nose by 40mm in less than three seconds for easier navigation of rough roads and steep driveways. The system operates at speeds up to 24 mph, and can be programmed to automatically lift the nose in up to 1000 locations identified by the GPS system. 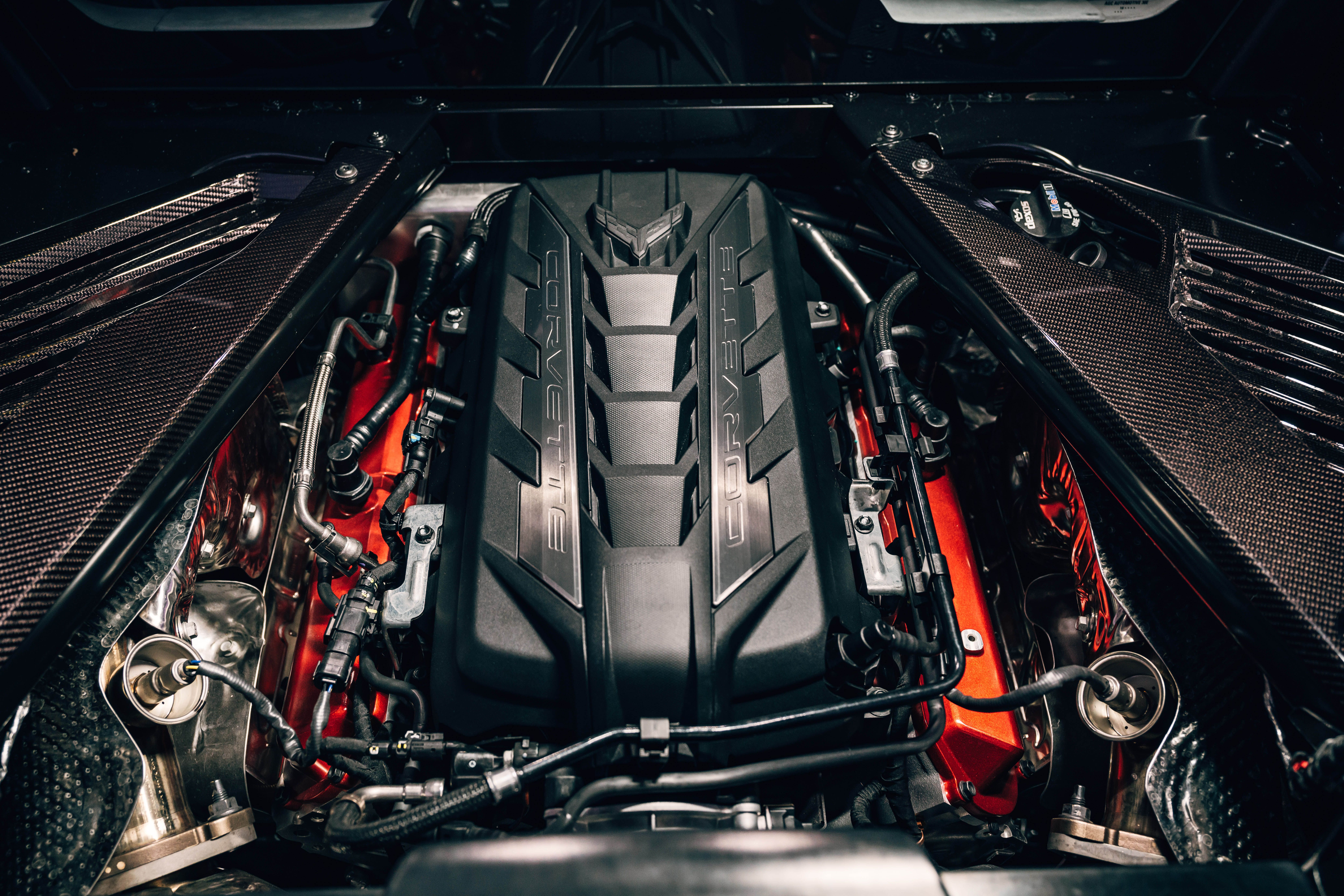 Additionally, this is the first Corvette that will be available in right-hand drive, allowing Chevy to consider exporting the car to even more markets.

The 2020 Corvette Stingray will go into production at Bowling Green Assembly, the Corvette’s traditional birthplace, later this year. Chevy didn’t give specific pricing information at the time of the vehicle’s launch, but we expect the C8 won’t stray far from the pricing strategy of the C7. With all this additional performance and a revolutionary new chassis and layout, the C8 seems poised to take the Corvette’s value proposition to the next level. 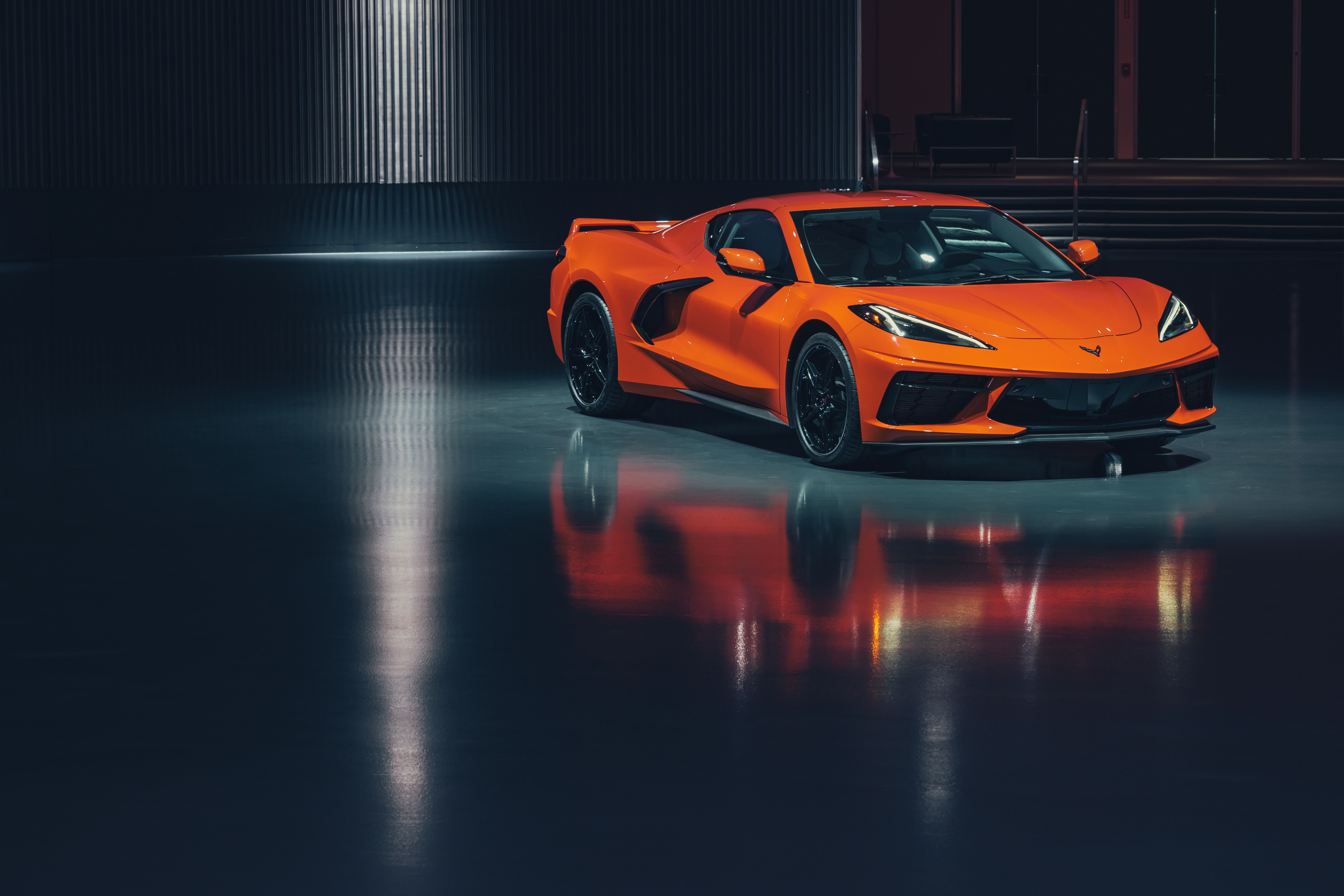 Below, we’ve listed every specification that GM has provided so far regarding the C8 Stingray.