With the new Mustang Shelby GT500, Ford wanted to create a car that was dominant on road courses and drag strips. The GT500 has to outgun the Chevrolet Camaro ZL1 and the Dodge Challenger SRT Hellcat. So, the folks at Edmunds got the three together on video to determine which is the straight-line champ.

The Camaro on hand is the track-ready ZL1 1LE version, equipped with the newly available 10-speed automatic transmission, while the Challenger is the Widebody Redeye, which comes standard with an auto. Chevy has the lightest car in this fight, but the ZL1 1LE’s 650 horsepower is a ways off the GT500’s 760 and the Redeye’s 797.

Edmunds didn’t use a prepped drag strip for this test, and the video hosts all note that it was filmed on a relatively cold day. Caveats out of the way, it’s off to the races.

As confirmed by Edmunds’ instrumented testing, the Shelby GT500 was the clear victor, running the quarter-mile in 11.3 seconds. Next came the Camaro, which overcame its significant power deficit and put up an 11.6-second quarter-mile pass. That was a tenth quicker than the Challenger.

All three cars were hampered by traction issues. A non-1LE Camaro ZL1 may have done better on this particular day, as the 1LE comes equipped with aggressive track-day tires that struggled to heat up. And even though the Challenger has wide tires under its embiggened fenders, it still couldn’t get all of its 797 horsepower to the ground. Edmunds predicts that on a prepped surface with drag radials, the finishing order of the three would be about the same.

So at least in a straight line, the GT500 is the champ. Next, we need to see what happens when the road gets twisty. 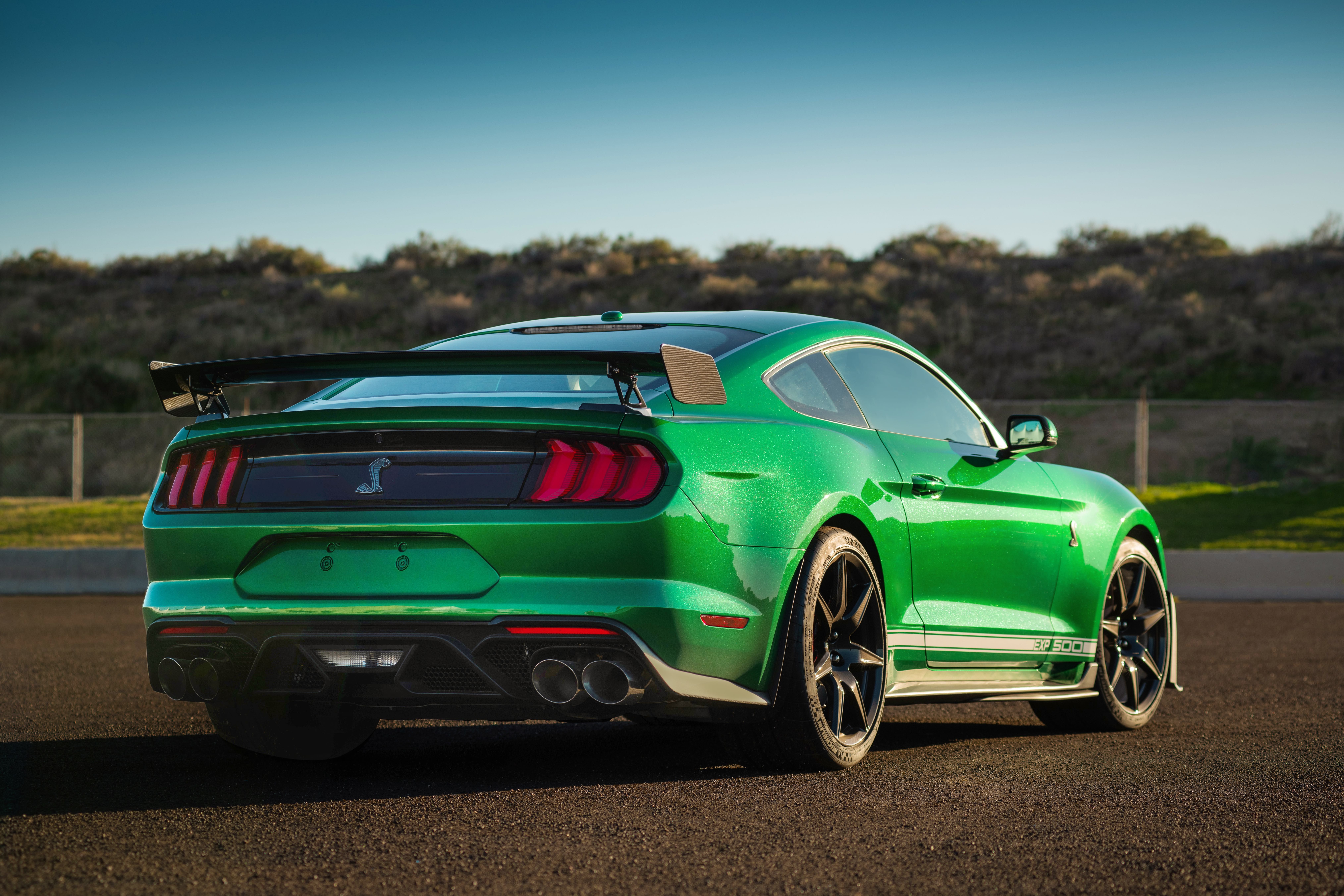