Old trucks should never die—they should just be repurposed. Everyone ought to do their part in keeping them from the scrap heap, especially if you’re capable of building something like this 1945 Chevy drag truck named Burnie. The world needs more eight-second trucks, preferably with parachutes on the back.

It might look sketchy and ratty and whatever else with its killer patina, exposed common-rail Cummins diesel engine, and stack exhaust, but that’s kinda the point. The truck got its name because a big bundle of rats’ nests caught fire when Berry’s Builds first started wrenching on it. As you might imagine, there’s been a lot poured into this rig since then to help it win events across the country. 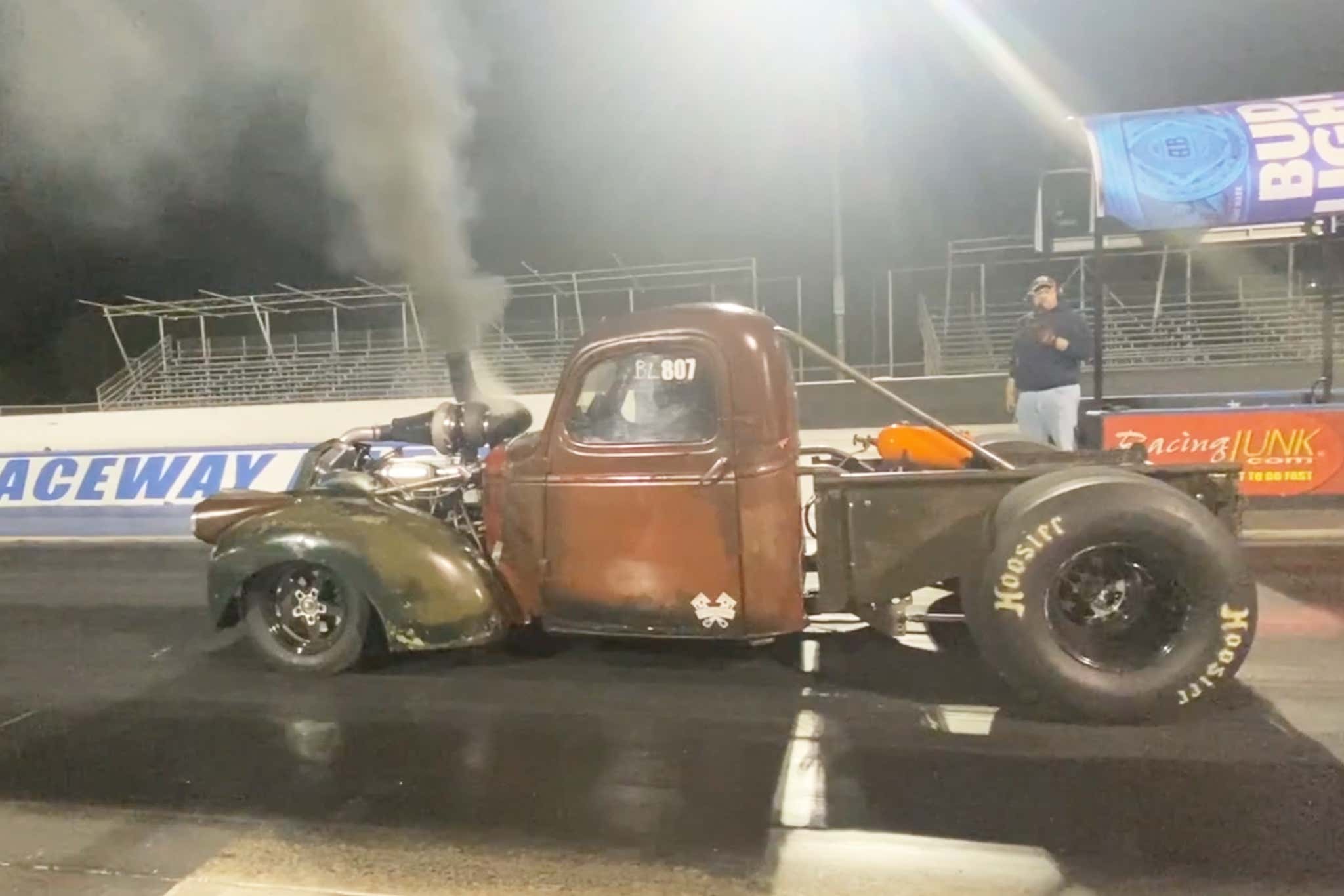 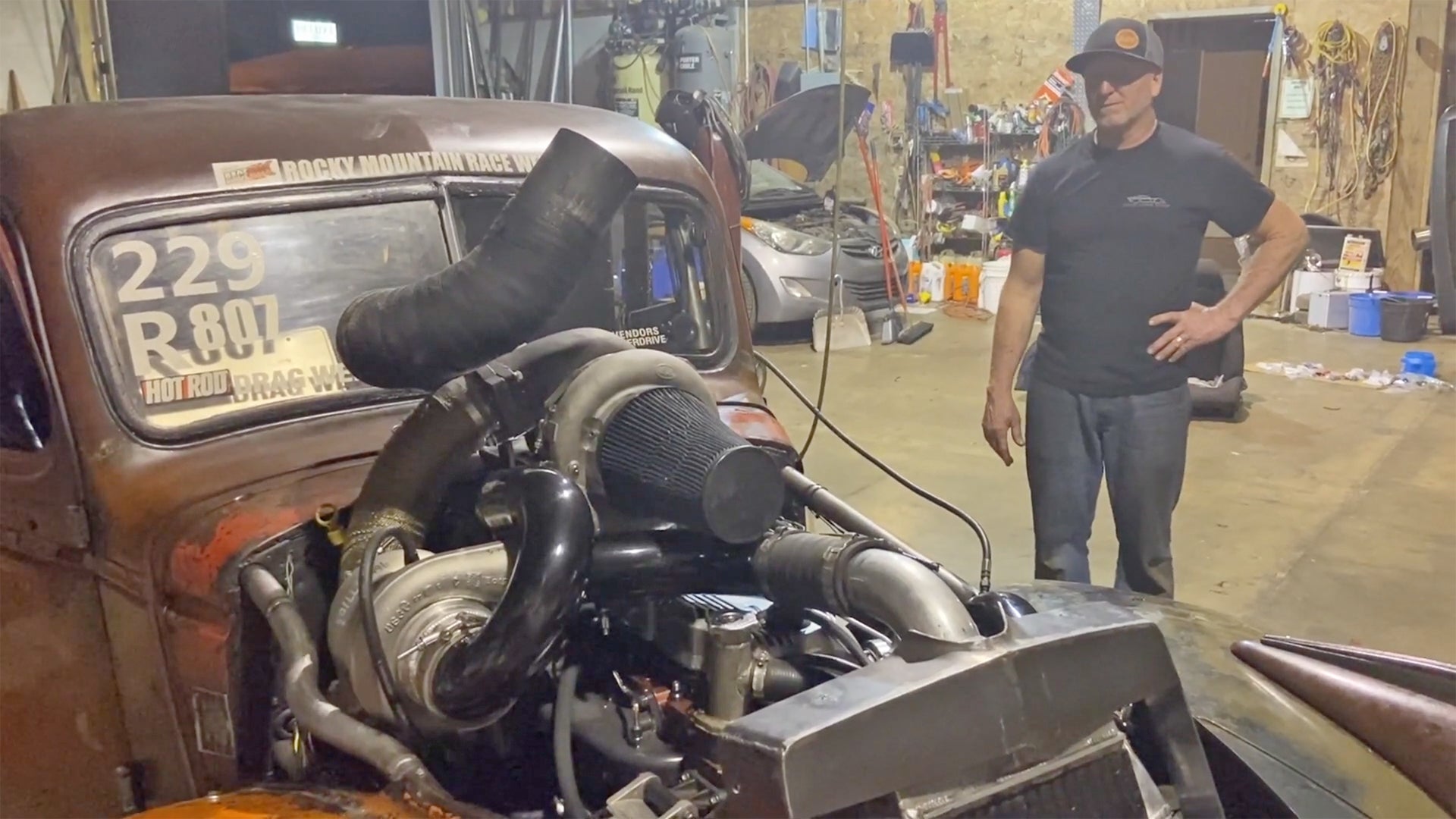 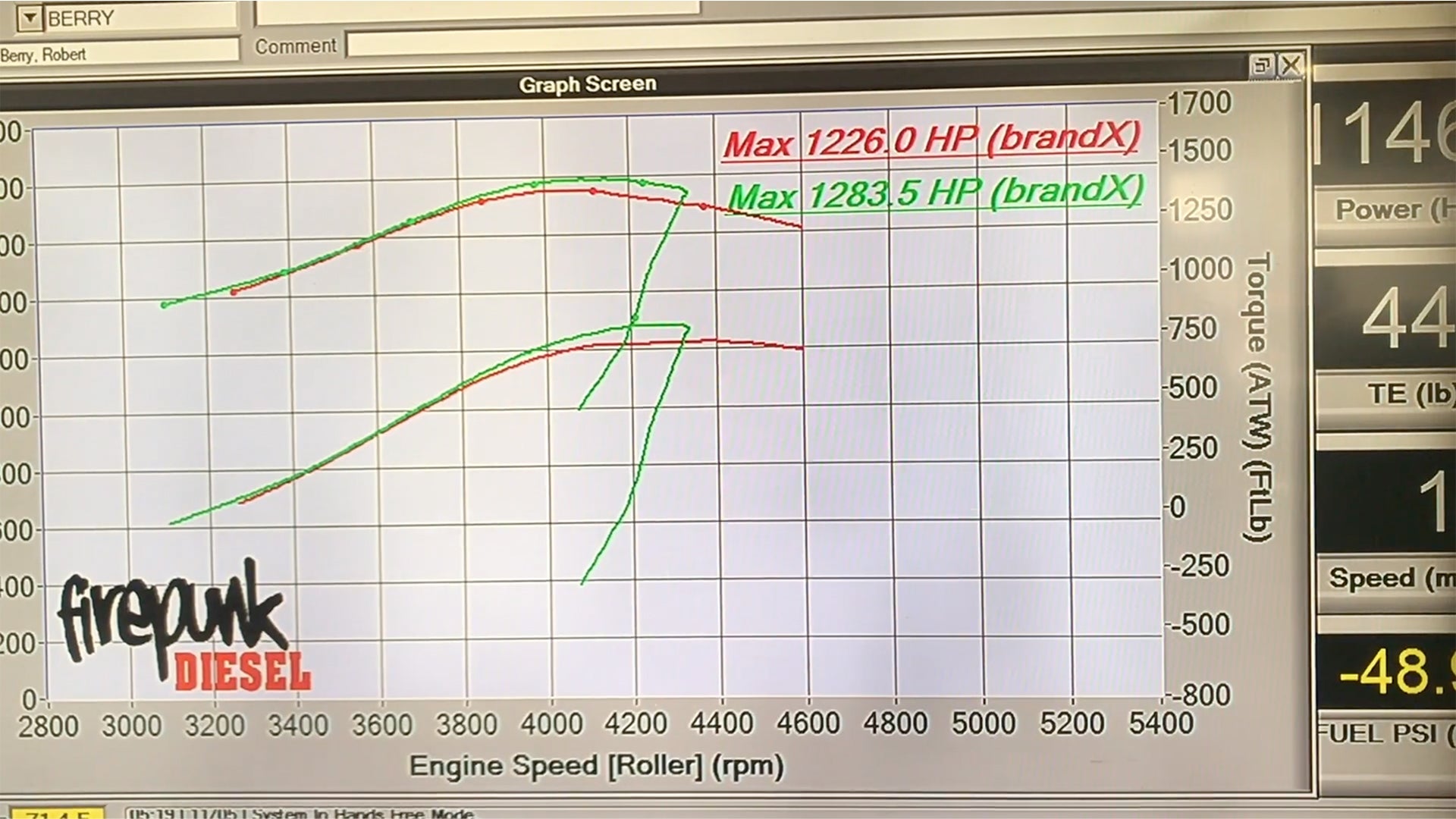 The high-output 5.9-liter Cummins was built by Industrial Injection, a Utah diesel shop that’s developed a reputation for being one of America’s best. It runs a compound turbo setup with an 88-millimeter Garrett GT55 on one side and a BorgWarner 7378 on the other, helping it pull 1,283 horsepower on an engine dyno without nitrous. Now, spray is added to the equation by way of a Nitrous Express system with 46-136 jetting. Pair that with Burnie’s dual FASS Fuel CP3 delivery systems and it’s getting plenty of sauce to fly down the strip.

Traction seems to be the main obstacle when it comes to lowering quarter-mile times. Depending on the track, even the truck’s 17-inch-wide Hoosier drag slicks have a hard time hooking up. It’s got a Moser M88 rear end with 45-spline axles to cope with all that power, which is first run through a Goerend-built 48RE transmission. It’s like what you’d find in a normal Cummins-powered pickup but with a lot more bulletproofing.

Owner Robert Berry hopes for it to evolve into the world’s fastest two-wheel-drive, street-legal diesel truck—amazingly, I haven’t seen any pictures of this thing on a trailer. Its current best is an 8.90-second run at Tulsa Raceway, but it could’ve been even quicker had it not started spraying the windshield with fuel part-way down the track. It’ll need to crack into the seven-second range to earn that aforementioned title, but it doesn’t seem too far off as it sits.

Got a wicked drag truck of your own? Show it to me: [email protected]